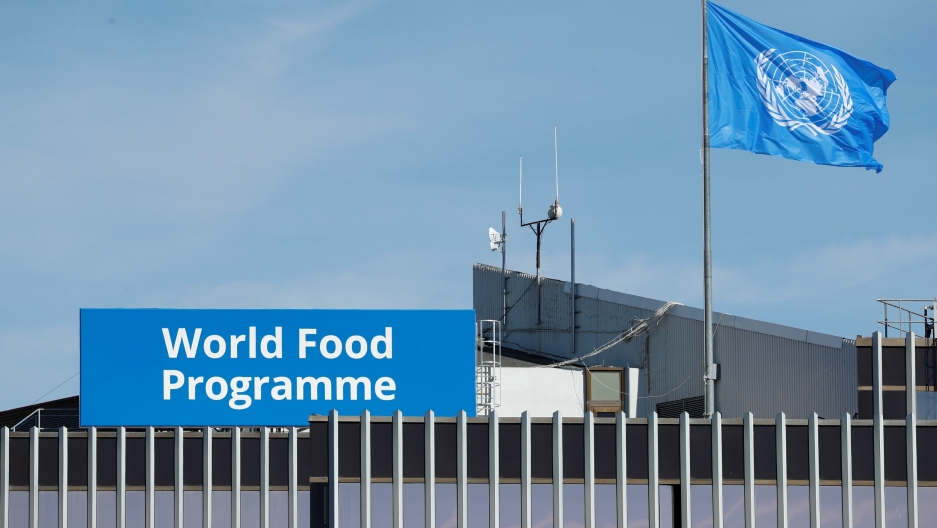 The World Food Program's flag flutters on the roof of WFP headquaters after the organization won the 2020 Nobel Peace Prize, in Rome, Italy, Oct. 9, 2020.

The UN’s World Food Program (WFP) has won the Nobel Peace Prize in recognition of its efforts to combat hunger in conflict regions on several continents. The Rome-based organization provided assistance to almost 100 million people last year across 88 countries.

Some of the WFP’s initiatives are in dangerous places now beset by COVID-19 travel restrictions, which make the job of maintaining aid even more difficult. In announcing the award on Friday, Berit Reiss-Andersen, chair of the Oslo-based Norwegian Nobel Committee, said the WFP “plays a key role in multilateral cooperation on making food security an instrument of peace.”

David Beasley, WFP’s executive director, said, “I know I’m not deserving of an award like this, but all the men and women around the world in the World Food Program and our partners who put their lives on the line every day [deserve it].” Historically, the WFP is headed by an American, and US President Donald Trump in 2017 picked Beasley, a former Republican governor of South Carolina.

The Nobel Committee said the problem of starvation has worsened in recent years, with 135 million people facing acute hunger in 2019. Known for its logistics expertise, WFP is currently most active in nations such as The Democratic Republic of Congo, South Sudan, Nigeria, Burkina Faso and Yemen. The prize comes with a $1.1 million award and a gold medal.

With fighting still raging in the South Caucasus, talks in Moscow planned for Friday have raised hopes for a ceasefire in the ongoing Nagorno-Karabakh conflict. The Armenian and Azerbaijani foreign ministers are expected to attend the negotiations, which follow the launch of a peace push by France, Russia and the US on Thursday in Geneva. Armenia’s government has said the peace discussions will focus on first stopping the bloodshed, then arranging an exchange of bodies and prisoners of war.

And, China announced on Friday its intention to join COVAX, an international alliance to distribute COVID-19 vaccines to around two-thirds of the world’s population by 2022. The decision makes Beijing by far the most prominent vaccine development player to become a part of the World Health Organization-led project. “We are taking this concrete step to ensure equitable distribution of vaccines, especially to developing countries, and hope more capable countries will also join and support COVAX,” said Chinese Foreign Ministry spokesperson Hua Chunying.

In Iran, all eyes are on US election's impact on sanctions, security 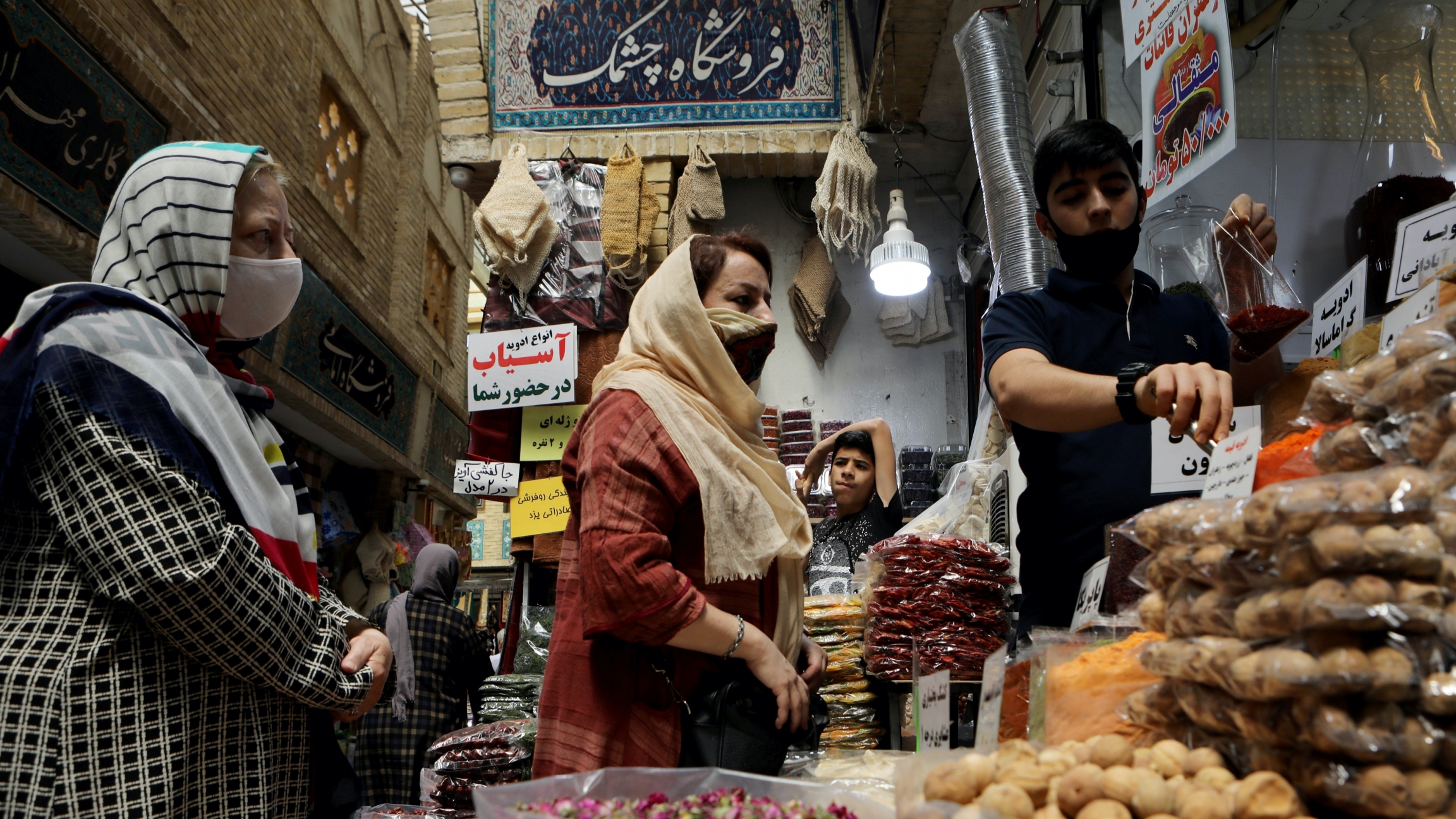 So much has happened since January that it is easy to forget that the US almost went to war with Iran. Tensions heightened when the US killed Iranian Gen. Qasem Soleimani, and in response, Iran fired rockets at US forces stationed in Iraq. Nine months later, tensions are still high.

And as Election Day nears in the US, Iranians inside Iran are watching closely to see if they can make sense of what the next four years will bring. For them, whoever ends up in the White House could have an impact on security, sanctions and the economy in Iran.

Ex-Marine's Russian imprisonment is 'political,' his father says, calling for his release 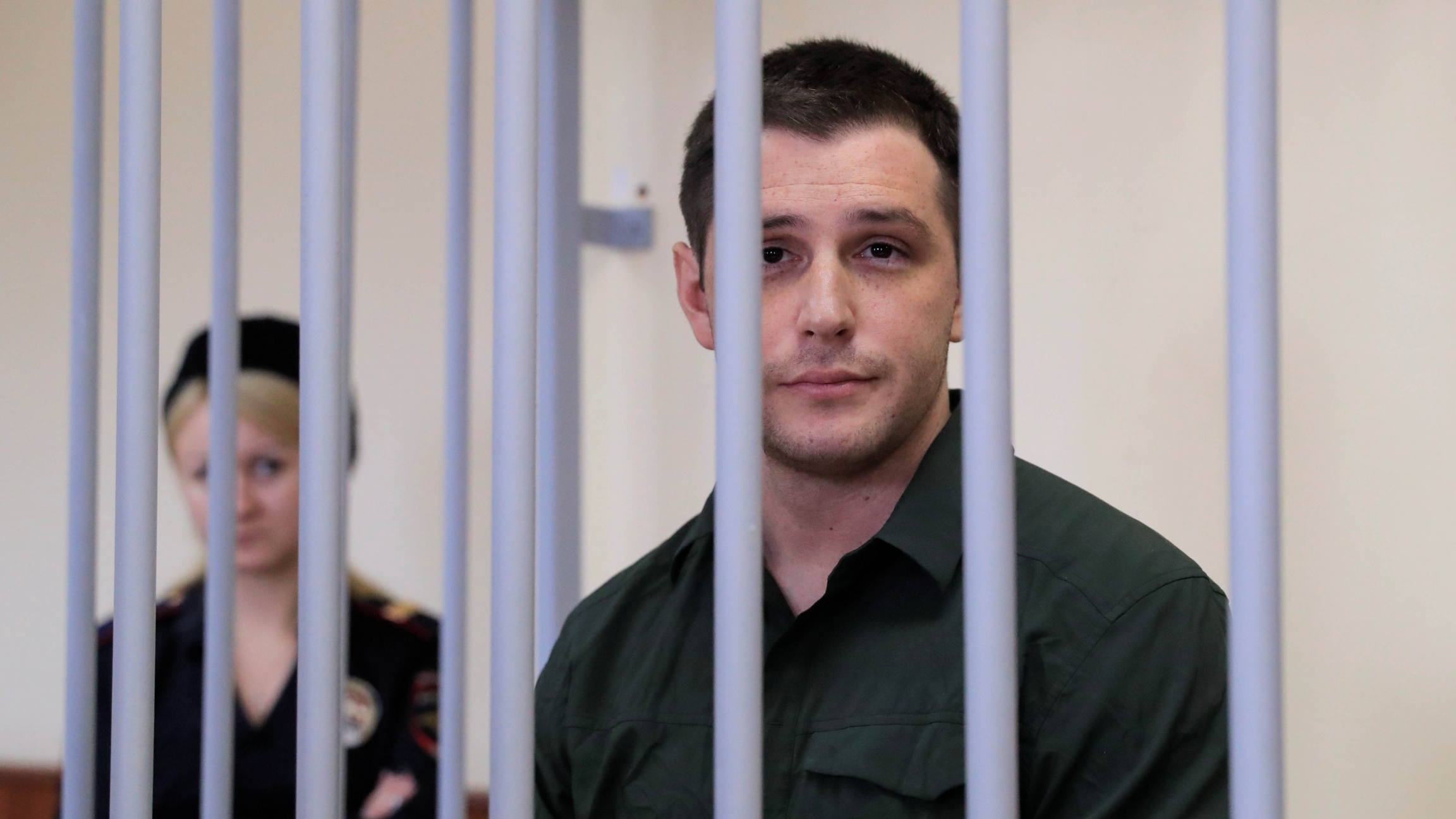 US ex-Marine Trevor Reed, who was detained in 2019 and accused of assaulting police officers, stands inside a defendants' cage during a court hearing in Moscow, March 11, 2020.

A former Marine is sitting in a Russian prison for a crime he didn't commit — at least, that’s the argument from US lawmakers and diplomats about the case of Trevor Reed.

In late July, Trevor Reed was sentenced to nine years in a Russian penal colony after a Russian court convicted him of assaulting two police officers in Moscow. During the trial, the police presented virtually no evidence supporting that claim. Trevor Reed and his family say the sentence is politically motivated and that he's being used as a bargaining chip. The US ambassador to Russia, John Sullivan, called the sentence “ridiculous” and “theater of the absurd.”

La Abuela tortilla shop, named “the grandmother” in Spanish, has begun providing another basic service this year: Wi-Fi internet and television viewing for students who otherwise have no other means of accessing online education during the pandemic. “The kids in our neighborhood are our kids, and we don’t want our kids to fall behind,” Dalia Davila told The World. 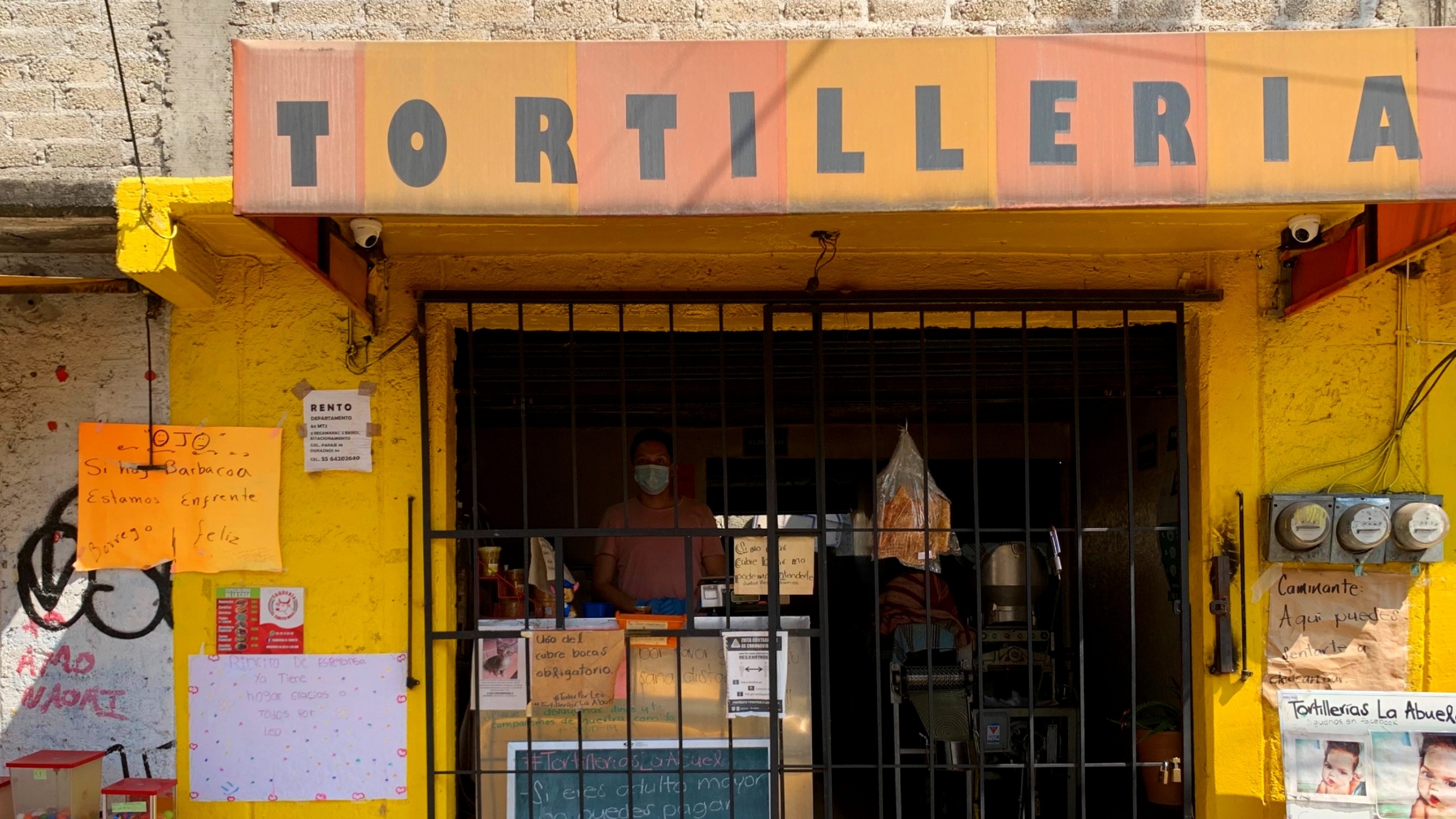 Listen: A country’s actions can determine whether a coronavirus surge takes hold 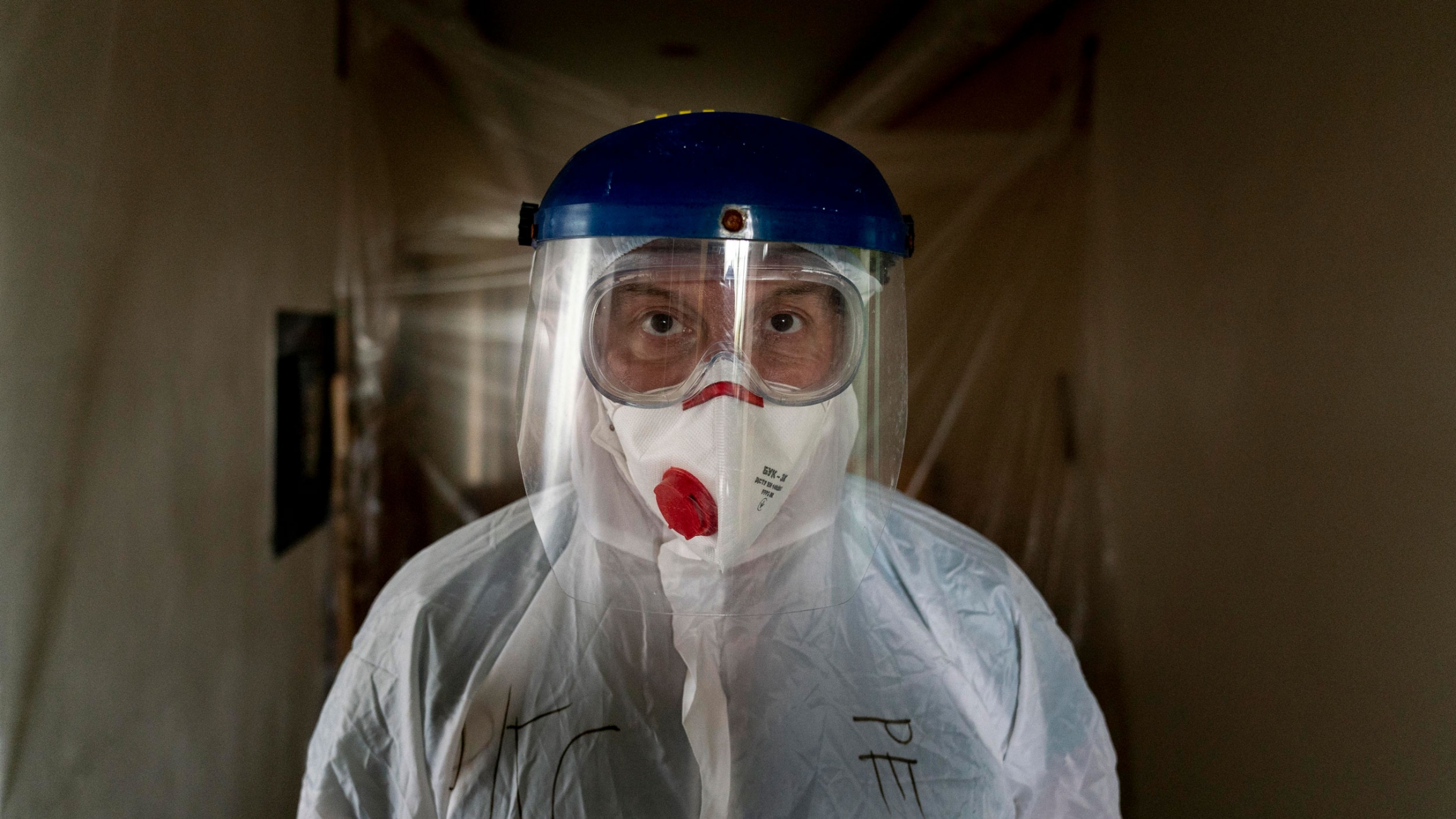 Dr. Oleh Hornostayev walks through a corridor at the hospital in Stryi, Ukraine, Sept. 29, 2020. Coronavirus infections in Ukraine began surging in late summer, and the ripples are hitting towns in the western part of the country.

Around the globe, communities are bracing for new surges in COVID-19, from Spain to Israel. But a country's actions can make all the difference in what happens next, and whether a surge takes hold. And, in Wednesday’s debate, Vice President Mike Pence argued the Trump administration can claim credit for vanquishing ISIS. But many analysts say Trump carried forward President Barack Obama’s plan to counter the militant group, and then squandered the inheritance. Also, a team of Italian researchers has uncovered intact brain cells in a victim of the Mount Vesuvius explosion that killed 2,000 people in 79 AD.