It’s a quarter past 8 in the morning — what would normally be the start of the school day for students at the 5th Public High School of Egaleo, just outside of Athens. But instead of settling into their desks, students are gathering in the schoolyard and gearing up for a vote.

Up for debate is whether students should take control of the school grounds and lock teachers and administrators out for the day to prevent any lessons from happening. 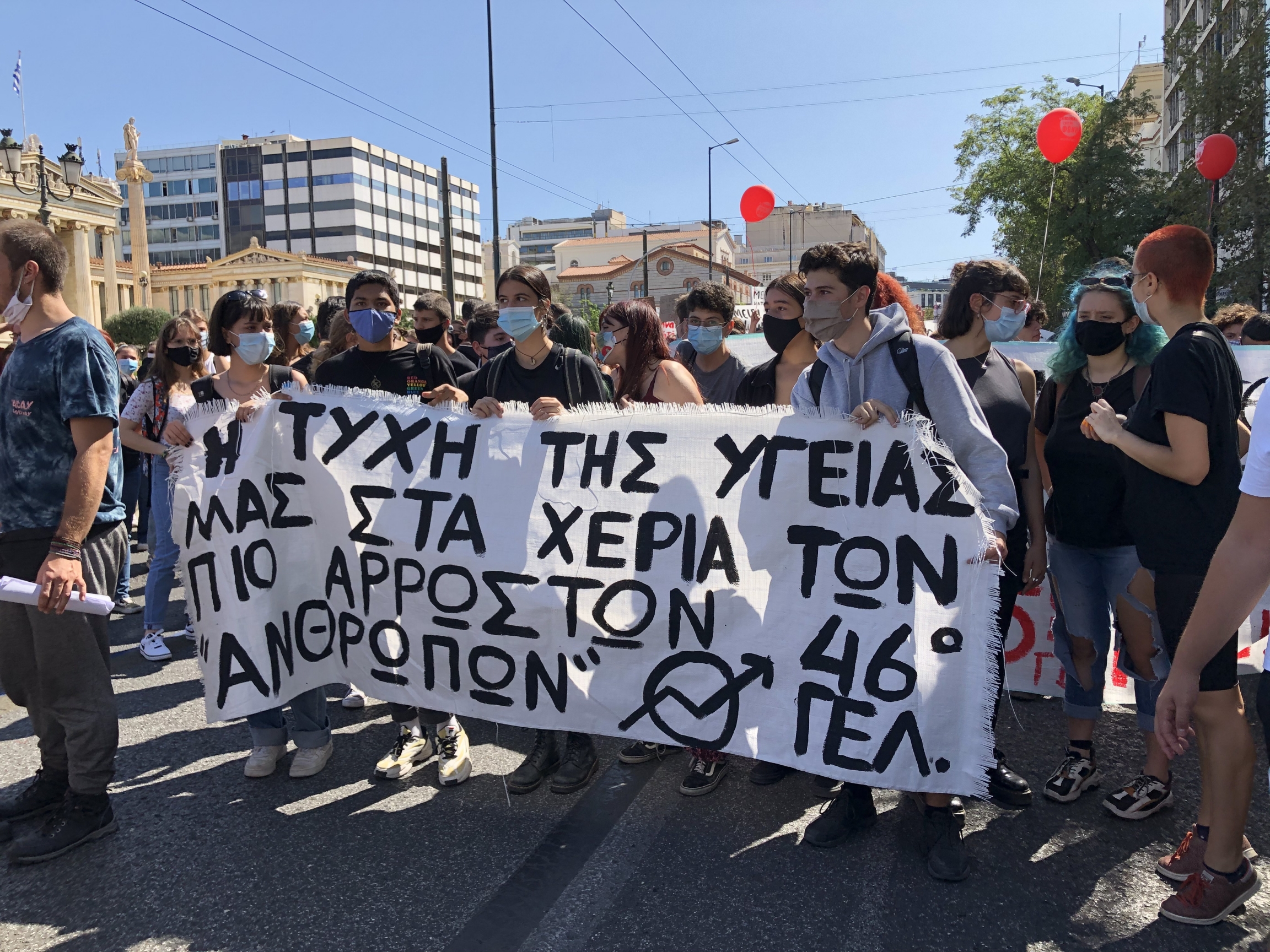 At a protest in Athens, students hold a banner that reads: "The fate of our health in the hands of the sickest people," referring to the administration of Greek Prime Minister Kyriakos Mitsotakis.

These occupations or sit-ins are quite common in Greece, especially at the beginning of the school year. But they’re happening in an unprecedented way right now, at hundreds of schools throughout the country — along with other protests organized by students, teachers and parents who say COVID-19 safety measures in schools are inadequate.

“The measures are definitely not good … they are not enough.”

“The measures are definitely not good … they are not enough,” said Marios Kyroglou, 17, a senior at the high school.

The Greek Ministry of Education and Religious Affairs has set a limit of 25 to 27 students per class, depending on the grade — a number that Kyroglou says is too high. Students are each supposed to get their own desk, but many say they have to share because there aren’t enough, and are therefore unable to social distance.

“We definitely need to raise our voice. We have to be heard somehow,” Kyroglou said, adding that he’s not generally on board with occupations and sit-ins because they’re often counterproductive. He says students will sometimes stage them simply to skip school.

Still, the majority of his peers vote to occupy the school for the day, as they’ve been doing for a week. That means no classes for anyone. Those who voted in favor will spend the rest of the day in the schoolyard, while those who dissented will go home. 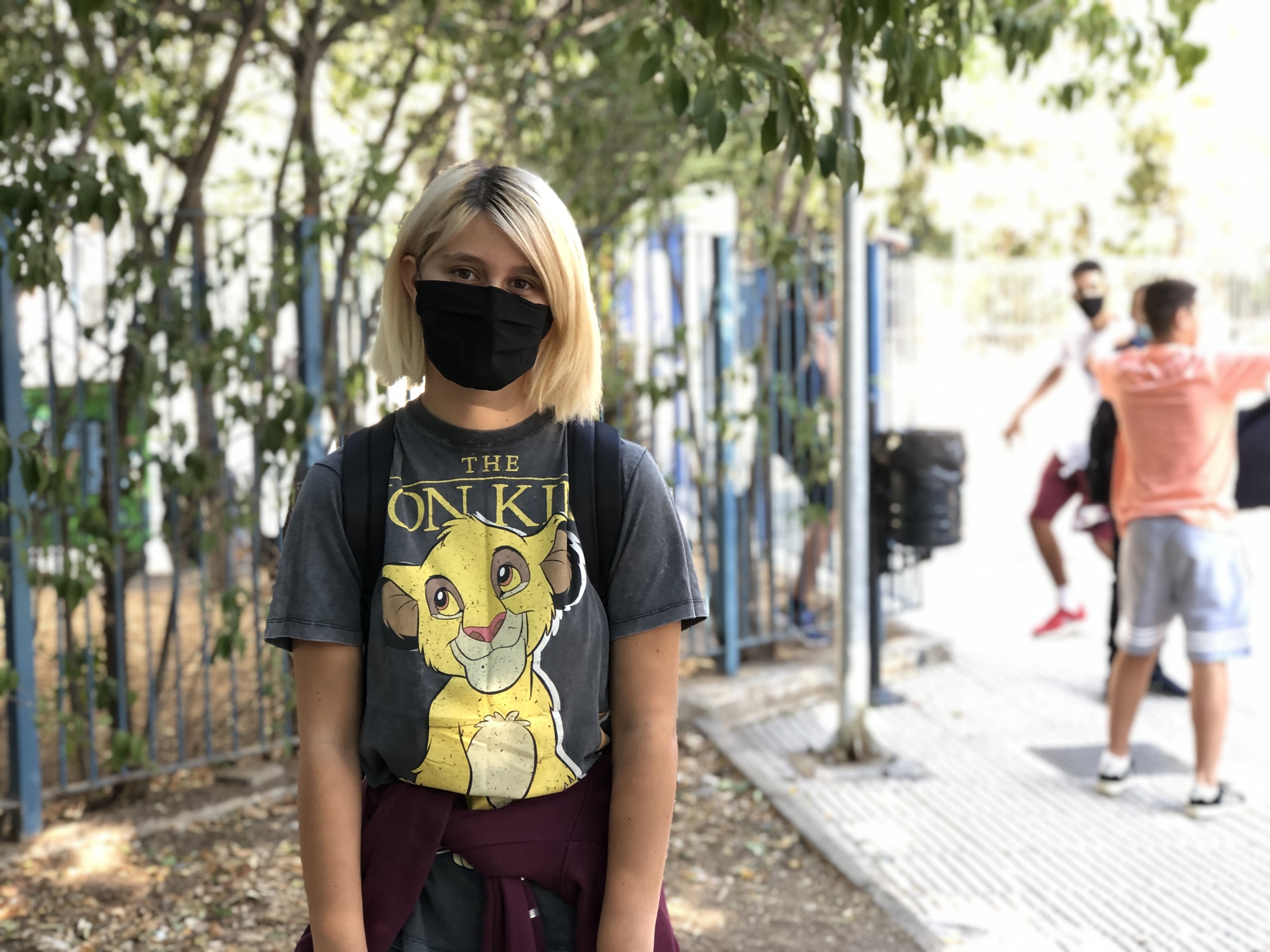 Efremia Kalogirou, a senior at the 5th Public High School of Egaleo, says she has a teacher who doesn't believe in wearing masks and won't do so in the classroom, even though he's required to. When she tried to talk to him about it, he dismissed her.

“It’s a shame,” said Maria Ntonti, a parent of a 15-year-old, first-year student at the high school.

When schools first opened in mid-September, Ntonti was worried about her daughter’s health. But now, she’s more concerned about her missing so much class and falling behind during a critical time.

“We can’t afford to get tutors or private lessons … But our kids still want to learn.”

“We can’t afford to get tutors or private lessons … But our kids still want to learn,” Ntonti said.

In Greece, high school grades and standardized test scores arguably matter even more than they do in the US. They determine where students can go to school and even what they’re allowed to study. Students who can’t get private lessons are at a huge disadvantage, especially when schools are closed.

But while students at this school and elsewhere might be split on how to protest classroom conditions during a pandemic, most seem to agree there is reason to protest.

At a protest on Thursday, thousands of students, parents and teachers marched through the streets of Athens, demanding classroom sizes be reduced, more teachers hired to accommodate smaller classrooms, and more cleaning crews made available to disinfect school buildings, among other measures. They said the Education Ministry has not engaged with them to answer their demands. 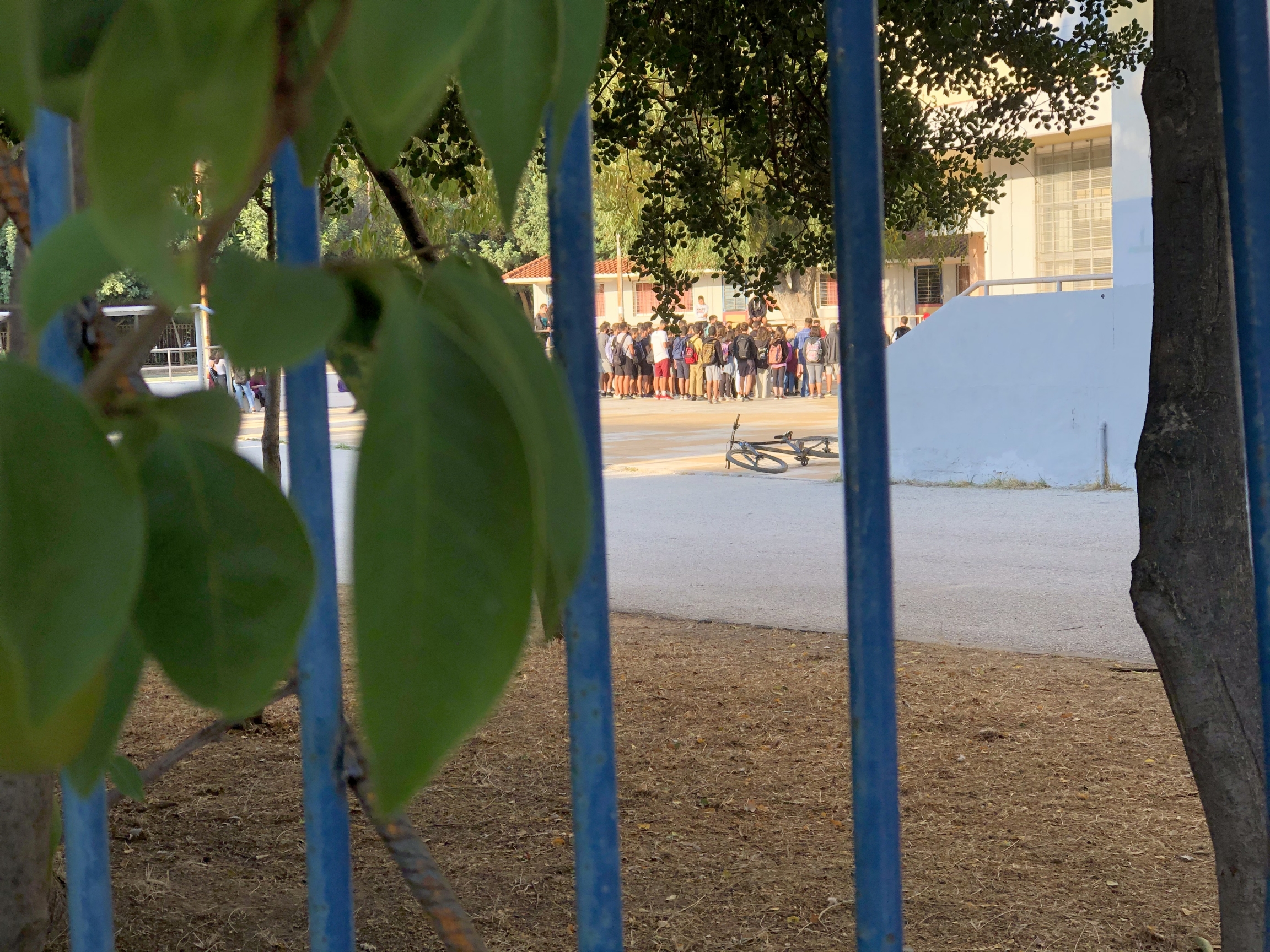 “We don’t want another lost school year,” said Vaggelis Fileris, a member of the Attica Parents' Federation, which has been coordinating protests and actions. “We want education, health, safety at all schools.”

While Greece was lauded early on for its swift response to the pandemic and for managing to keep infection numbers low, critics say the administration of Prime Minister Kyriakos Mitsotakis and his Education Ministry, headed by Niki Kerameus, has made a series of missteps recently, especially with schools reopening.

Students pointed to the comically large masks the administration handed out to students and teachers at the beginning of the school year as an example. Many trolled the administration by posting photos of them covering their entire faces under the hashtag, μάσκες αλεξίπτωτα, which translates to “parachute-masks.”

Many have also criticized the seemingly contradictory measures Kerameus and her department have instituted to protect students and teachers from falling ill. For example, while students are required to wear a mask inside the classroom, they’re not required to do so during recess.

“It’s like we’re making a hole in the water. We want education, health, and safety at all schools.”

“It’s like we’re making a hole in the water,” said Dionisia Micha, who teaches fifth grade at an elementary school in the Athens area. “We want education, health, and safety at all schools.”

So far, confirmed cases of COVID-19 have led at least 135 schools to shut down partially or completely, according to the Greek Ministry of Education. And positive cases among minors in the country increased by 30% during the first two weeks of school, according to data released by the National Public Health Organization.

The Greek Ministry of Education did not respond to several interview requests.