Activists started gathering outside an Athens courthouse early Wednesday morning as they awaited a landmark ruling that would mark the end of a trial against leaders and members of Greece’s neo-Nazi political party, Golden Dawn, which lasted more than five years.

Many in the crowd were members of migrant communities and other groups that for years were violently attacked and harassed by Golden Dawn and its supporters.

Some wore shirts that said “Black Lives Matter” and “Refugee Lives Matter.” They held banners reading, “Nazis out!” And they chanted, “Not in Athens, not anywhere else. Crush the fascists in every neighborhood.”

By the time the verdicts started rolling in at noon local time, the streets were packed with more than 15,000 people.

Petros Constantinou, a prominent activist with the organization, Movement United Against Racism and the Fascist Threat, stood on a platform and delivered news of the rulings on each individual defendant as he got them.

A Golden Dawn member was found guilty of murdering Pavlos Fyssas, a Greek anti-fascist activist and rapper. Fyssas, whose stage name was Killah P, was fatally stabbed in 2013. His death led to the group’s unraveling as his mother, Magda Fyssa, pushed the Greek government to open a criminal investigation. 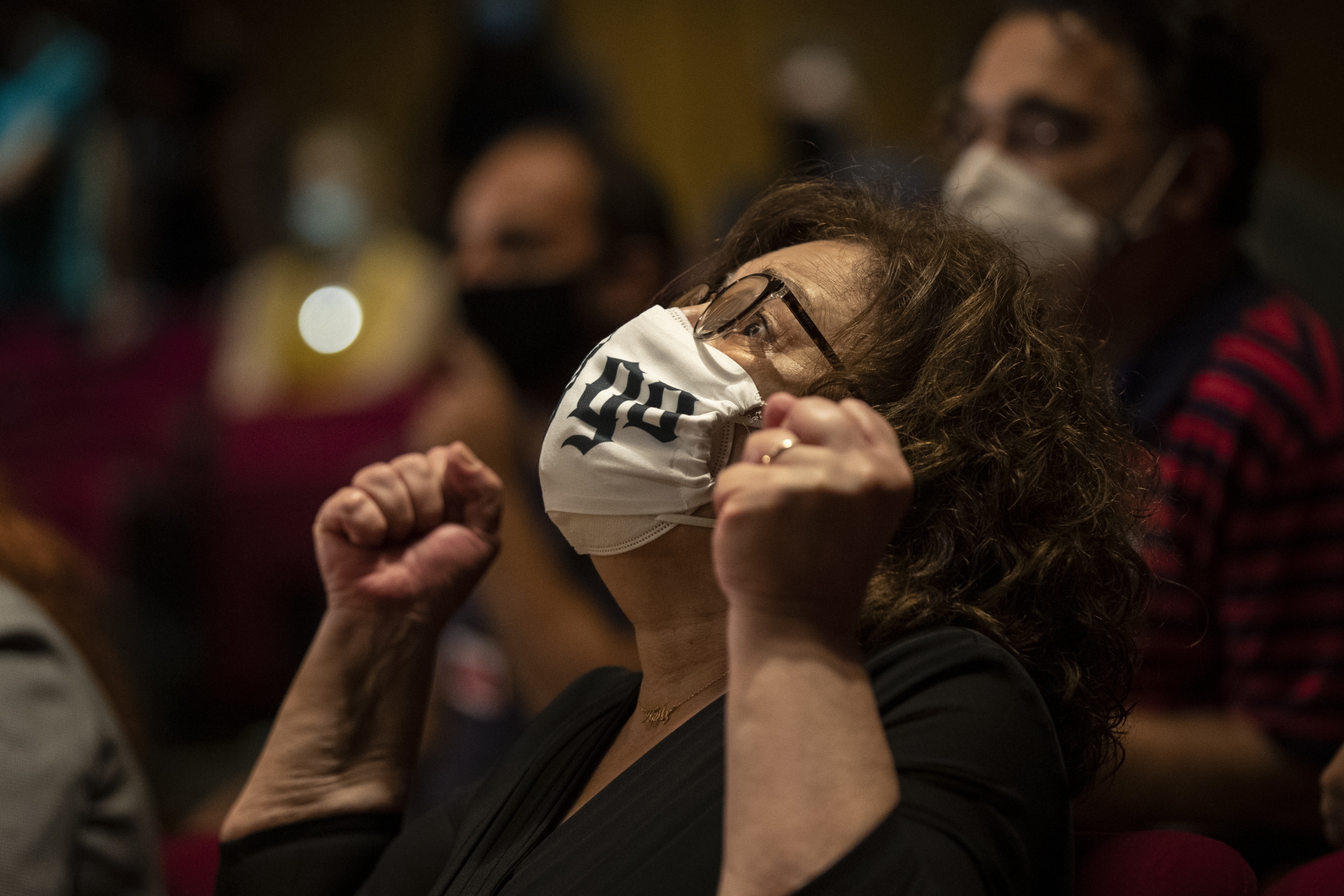 Magda Fyssa, the mother of late Greek rap singer Pavlos Fyssas, who was stabbed and killed by a supporter of the extreme right Golden Dawn party in 2013 triggering a crackdown on the party, reacts immediately after the delivery of the verdict of a court decision in Athens, Oct. 7, 2020.

Next, several members are found guilty of attempting to murder a group of Egyptian fishermen in 2012 and for assaulting members of the Greek Communist Party trade union in 2013.

People in the crowd started to cry and hug each other. Their cheers reverberated through the streets.

The moment of the announcement form the court: Golden Dawn is a criminal organization.#GoldenDawnTrial #δεν_ειναι_αθωοι pic.twitter.com/gh74ry3hTp

For many, the rulings symbolized closure, an end to a painful and scary chapter in the country’s recent history. Golden Dawn began as a neo-Nazi group in the 1980s. It rose from a fringe organization to the third-largest political party in the Greek government during the country's financial crisis.

But the celebration was soon cut short. Police threw tear gas into the crowd after clashing with some protesters, dispersing the crowds.

Thousands who gathered outside Athens courthouse for Golden Dawn ruling disperse after police use tear gas and water cannon on the protesters. pic.twitter.com/dEevfTlNk2

Michalis Oikonomakos, a 29-year-old blogger who attended Wednesday’s announcement, said the court’s decision is historic by no means marks the end.

“We won a huge battle. But the war against fascism is just beginning,” he said.

There are lots of other countries where neo-Nazi factions and apologists, far-right groups and extremists have made it to the mainstream, he said, naming Germany, Italy, Hungary as European examples.

“America is another,” he said. “You have a president giving nods to white supremacist groups, police violence against Black and brown people.”

And that’s why he — and others who welcomed the Golden Dawn verdict — say they will continue their fight.