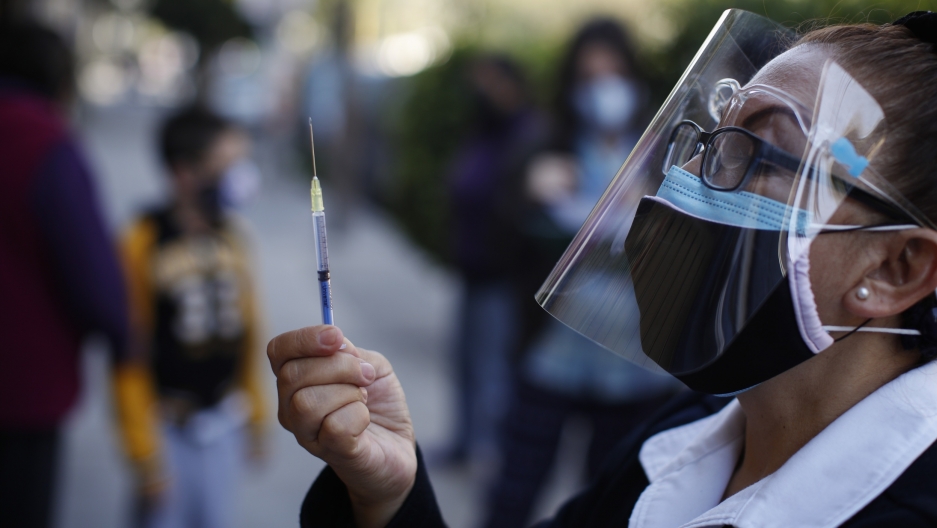 Different countries have different levels of access to vaccines depending on wealth. What will this mean for the future of the pandemic?

As COVID-19 began to sweep through the country in early March, New York Governor Andrew Cuomo, among others, declared it the “great equalizer” — an experience uniquely universal. But six months later, with more than 200,000 deaths, it’s clear that the pandemic has made an unequal society more unequal.

According to geopolitical risk analyst Ian Bremmer, the pandemic has spurred political and economic polarization — and the knock-on effects on testing, income inequality and access to education are just ramping up.

“The experience of the pandemic is so radically different [for] people in the same country, never mind in different countries right now,” said Bremmer, president of Eurasia Group and GZERO Media.

Though the wealth gap in the US has been accelerating for decades, the country came into 2020 with a more “robust” economy and better job numbers than much of the world, according to Bremmer. So far, that’s helped us weather the storm, but, Bremmer said, that might not last much longer.

“I don’t think we’ve come close to feeling the depth of this,” he said. “And that’s because there’s been a lot of Band-Aids provided by the US government [and] by other governments around the world.”

With COVID expected to continue and even worsen into the winter, Bremmer said access to testing for the virus could help stretch the wealth gap even further. With no timeline for vaccine rollout and distribution, he said testing is the number one priority in getting life back to normal — but the catch is it’s expensive. A single diagnostic test can cost an individual anywhere between $20 and $850, and some universities have spent millions of dollars implementing large-scale testing programs.

“That is something that wealthy people are going to be able to do much more effectively as this disease continues to run its course,” he said.

According to Bremmer, the disparity in testing access will give some people greater opportunities for safe and steady work, business travel and education — and with that, more wealth. While others, in the US and abroad, will struggle to live with the constant threat of COVID exposure, without any financial buffer.

“For most of the world, living with the virus is truly an unimaginable hardship,” Bremmer said, and it will offer the upper class advantages that will last for years to come.

Already, the pandemic has pushed almost 37 million people into extreme poverty, according to the Bill and Melinda Gates Foundation. It has interrupted global food supply chains, intensified malnutrition rates and blocked-off access to basic vaccinations for millions.

“The last couple of years for humanity have actually not shown progress in terms of well-being and absolute poverty,” Bremmer said. “We actually haven’t been bending the arc of history toward progress.”

The pandemic has only exaggerated this effect, he said, and made it impossible to ignore the role that politicization has played around the world.

“It’s deeply frustrating to see that we’re in a world where the only reason that people suffer … is because of political failings,” Bremmer said.

A vaccine for COVID-19 itself has become especially politicized. According to Bremmer, 50% of the vaccines expected in 2021 have already been bought up by the world’s wealthiest countries.

And, with Russia testing vaccines on scientists and China doing testing in the military, Bremmer said countries are taking large gambles in order to wield the most power. He explained, for example, how in the future, China could use the distribution of a COVID-19 vaccine to poorer countries to try and sway political alignment.

“We increasingly have a politicization of what is and is not a basic fact, basic science around how we are dealing with this disease,” he said. “That is not where we want to be.”