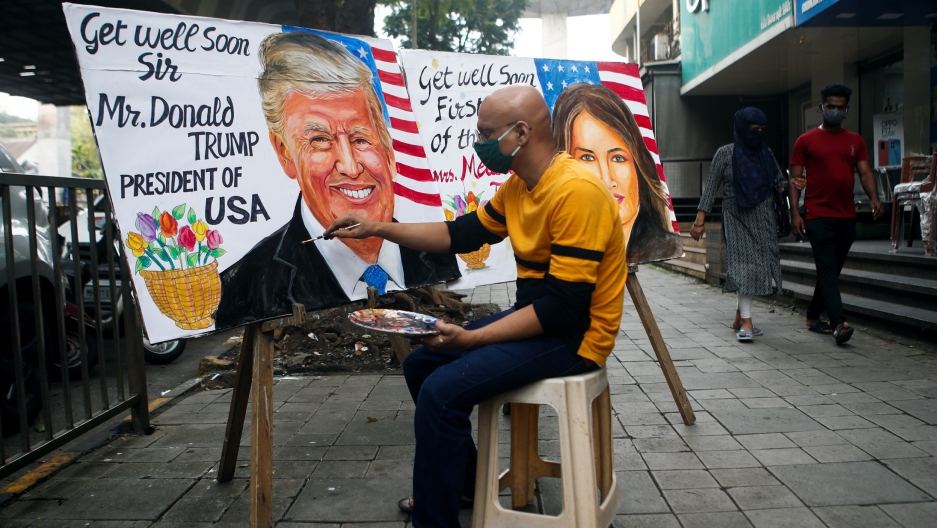 A man paints a mural of US President Donald Trump and First Lady Melania Trump after they tested positive for the coronavirus disease (COVID-19), on a street in Mumbai, India, Oct. 2, 2020.

With US President Donald Trump and First Lady Melania Trump announcing early Friday that they had tested positive for the coronavirus — after playing down the pandemic for months — reactions from leaders around the globe have ranged from “told you so” to “get well soon.” While sympathy notes were not scarce, plenty of Trump critics have lambasted the US commander-in-chief for his lack of leadership on COVID-19.

Trump, who according to polls faces an increasingly uphill battle to win the Nov. 3 election, rejects accusations that his failures at the helm contributed to an American death toll that is 20% of the worldwide fatality count. And now the 74-year-old, who is reportedly experiencing minor symptoms, faces a personal medical crisis with an illness that hits older, overweight and male victims particularly hard.

“This demonstrates that the virus spares no one, including those who have shown skepticism,” said Gabriel Attal, a spokesman for the French government. “I wish him a swift recovery.” European Council President Charles Michel added, “COVID-19 is a battle we all continue to fight. Every day. No matter where we live.”

Hu Xijin, editor-in-chief of China’s Communist Party-controlled Global Times newspaper, tweeted, “President Trump and the First Lady have paid the price for his gamble to play down the COVID-19.” Comments from Taiwan were more kind. “The government & people of Taiwan stand with the U.S. at this testing time,” Taiwan’s foreign ministry said in a statement. And Israeli Prime Minister Benjamin Netanyahu said on Twitter that he wished “our friends a full and speedy recovery.”

Trump has joined other presidents and prime ministers in the small group of world leaders who have been infected with the coronavirus. British Prime Minister Boris Johnson had a tough bout with the disease, ending up in the intensive care unit, and Prince Charles tested positive but showed only mild symptoms. Brazilian President Jair Bolsonaro came down with the virus in July. Juan Orlando Hernández of Honduras, Alexander Lukashenko of Belarus, and Prince Albert II of Monaco contracted COVID-19, in addition to the leaders of Guatemala, Bolivia and the Dominican Republic. Senior ministers in India, Iran, Israel, South Sudan, Gambia and Guinea-Bissau were also infected.

Also on Friday, French President Emmanuel Macron announced a new law combatting religious “separatism” with the goal of liberating Islam in France from “radical” foreign influences. Local officials will have additional legal powers to counter extremism, alongside new investments in education focusing on Islamic culture and in social services for impoverished people. “Our challenge is to fight against those who go off the rails in the name of religion,” Macron said.

How the Nagorno-Karabakh conflict could spiral into bigger regional war 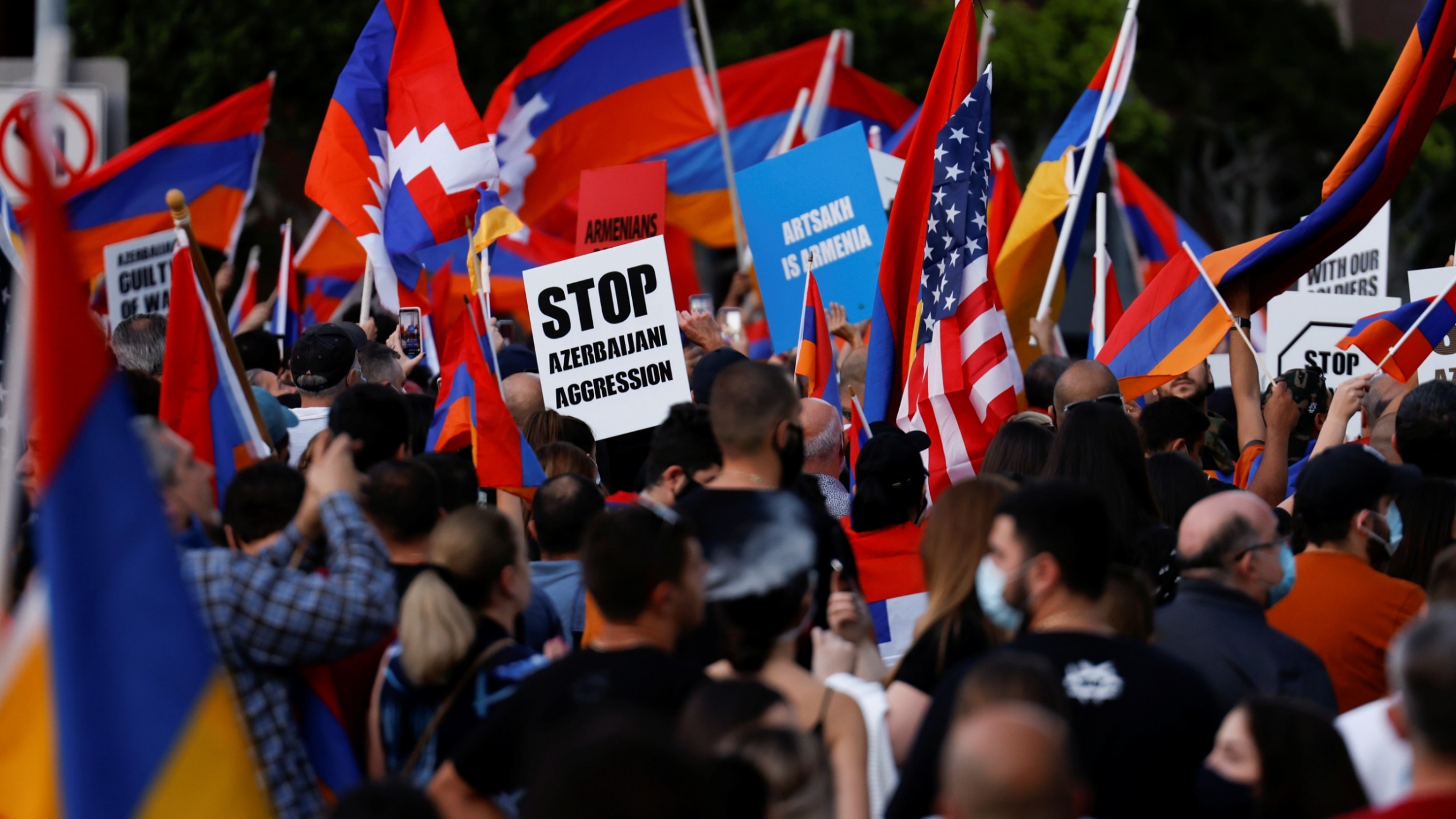 People take part in a protest by Armenian Youth Federation against what they refer to as Azerbaijan's aggression against Armenia and the breakaway Nagorno-Karabakh region, outside the Azerbaijani Consulate General in Los Angeles, Calif., Sept. 30, 2020.

With Turkey backing Azerbaijan and the Armenians turning for help to Iran and Russia, the tinderbox in the South Caucasus could ignite into a larger conflagration. Simon Saradzhyan, director of the Russia Matters Project at the Harvard Kennedy School, explains what the two sides are fighting about.

"They're fighting over what they view as the most precious thing in the world: the land," Saradzhyan said. "I'd say that it's the worst fighting since the ceasefire, and it has the greatest potential to become a regional war because of the involvement of Turkey. ... I only see a path towards further hostilities until external powers with leverage, real leverage, intervene and convince both sides that it's time to lay down arms and negotiate." 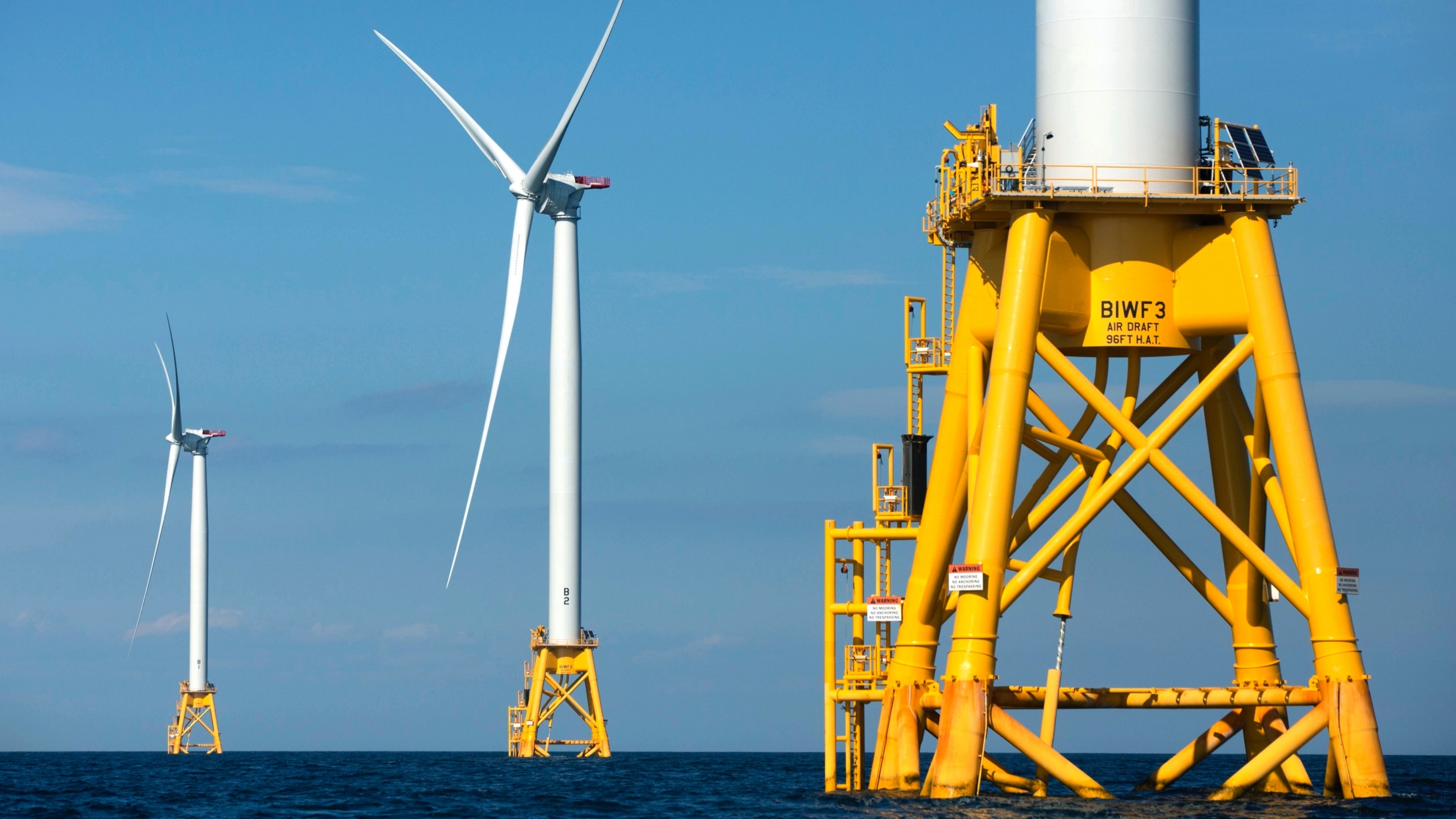 Three wind turbines from the Deepwater Wind project stand off Block Island, Rhode Island, Aug. 15, 2016. Ørsted US Offshore Wind, a division of a Denmark-based developer, opened a hub on March 2, in Providence, Rhode Island, that its executives hope will help accelerate the takeoff of the industry in the United States.

In the last 10 years, Ørsted, one of Denmark's largest energy companies, flipped its business model from a focus on fossil fuels to renewable energy. Their success is partly thanks to the country's progressive policies that paved the way for a boom in wind energy innovation.

While the price tag has not been disclosed, now you and your friends can buy the actual hotel where nine-time Emmy-winning show "Schitt's Creek" was filmed in Orangeville, Ontario, Canada. Happy Friday! 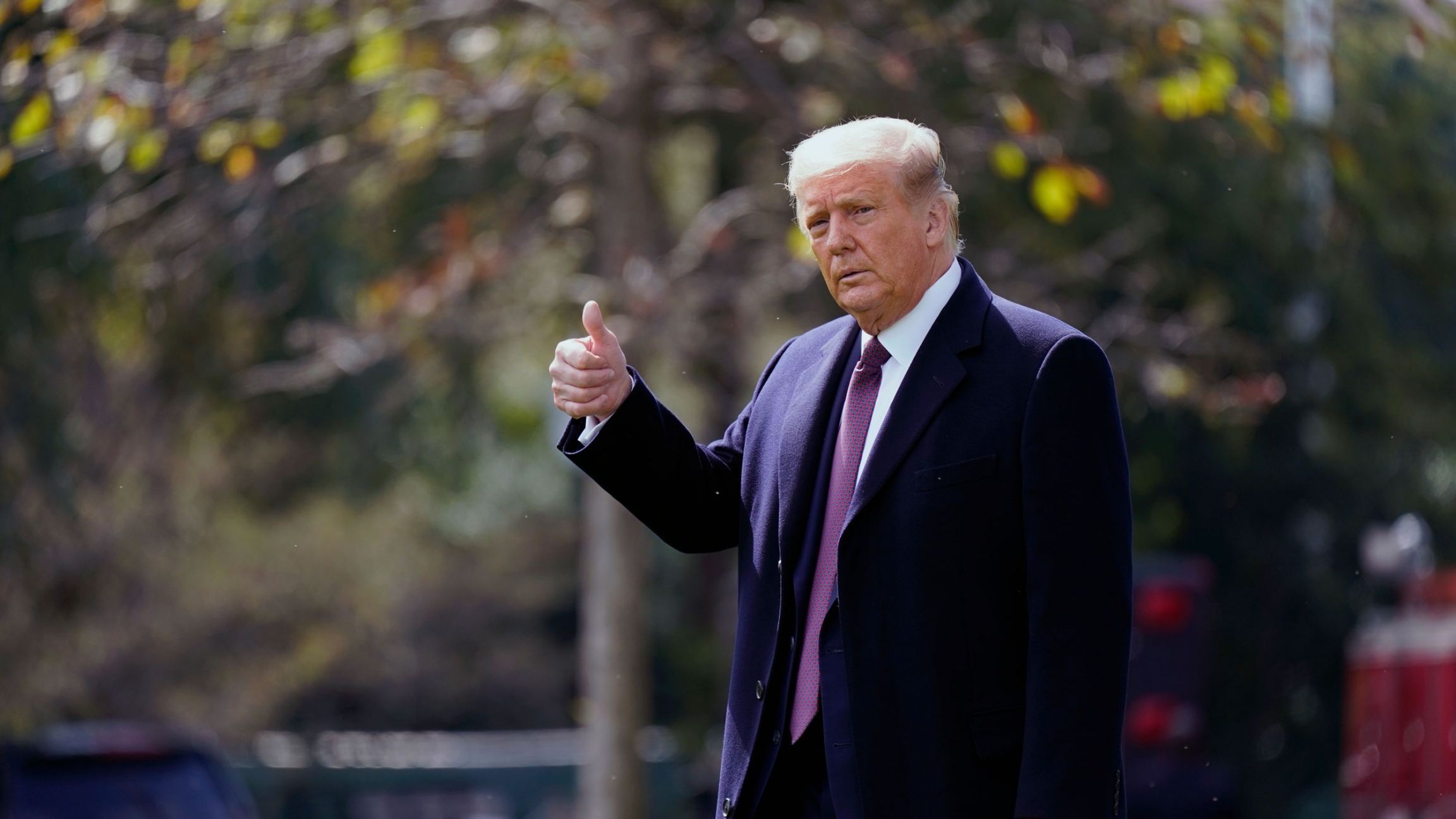 President Donald Trump gives a thumbs-up as he walks to Marine One from the White House in Washington, Thursday, Oct. 1, 2020.

Falsehoods involving the pandemic are ricocheting around the globe with alarming speed. A new study from Cornell University finds President Donald Trump is the biggest offender of spreading misinformation. And, in the last decade, Danish energy company Ørsted did what few other energy utilities in the world have been able to do: They went from being almost entirely reliant on oil, gas and coal, to being the biggest producer of offshore wind in the world. Also, Ireland's Supreme Court has ruled that the bread used by the fast-food chain Subway contains too much sugar to legally qualify as bread.