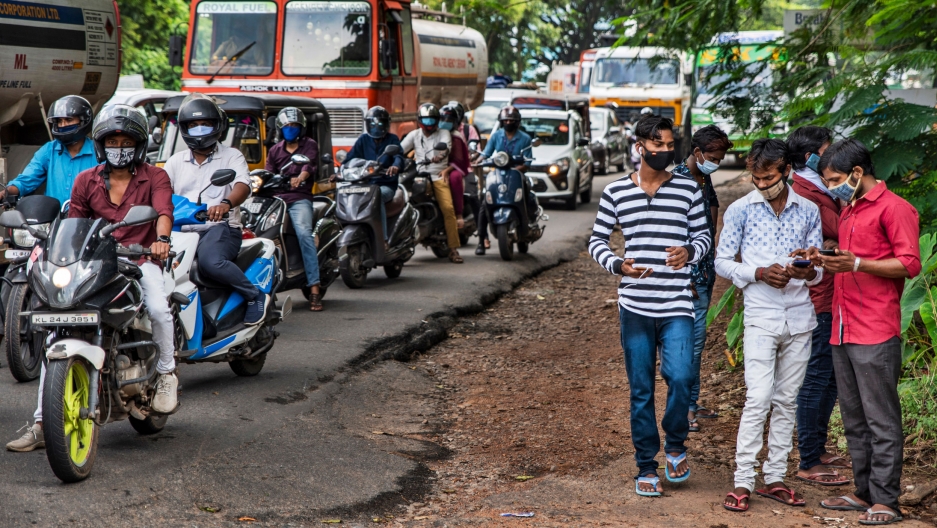 New infections in India are currently being reported faster than anywhere else in the world. The world's second-most populous country is expected to become the pandemic's worst-hit country in coming weeks, surpassing the US, where more than 7.1 million infections have been reported.

In the past week, nearly one in every three new infections reported in the world and one in every five reported coronavirus deaths were in India, according to data from Johns Hopkins University. While most of India's deaths remain concentrated in its large cities, smaller urban centers across the country's vast landscape are also reporting a surge in infections.

Yet even as infections mount, India has the highest number of recovered patients in the world.

The Health Ministry on Monday said more than 5 million people have recovered from COVID-19, giving the country a recovery rate of 82.5%.

Health experts have warned about the potential for the virus to spread during the upcoming religious festival season, which is marked by huge gatherings of people in temples and shopping districts.

Another potential risk is an election next month in eastern Bihar state, where about 72 million people will cast votes over three days.

But even as infections soar, most Indian states have completely opened up in an effort to repair an economy that is suffering its worst slump in decades after India imposed a draconian lockdown in late March.

The lockdown forced India's 1.4 billion people to stay indoors, closed businesses and triggered an exodus of millions of informal workers who lost their jobs in the cities. Many made grueling journeys back to their hometowns on foot.

Along with the resumption of economic activity has come a noticeable disregard of social distancing measures in public places. Many people can be seen with their masks lowered over their chins or with no masks at all.

"People are not able to understand the situation we are in and are ignoring the rules and roaming about," said Jarif Ahmed, a New Delhi resident.

The federal government, however, has been urging Indians to remain on guard.

"We are far from having achieved any kind of herd immunity, which necessitates that all of us should continue following COVID-appropriate behavior," Vardhan said on Twitter.