When Courtney Bryan was studying classical music as a high school student in New Orleans, she thought about becoming a classical composer. But her classmates — and some teachers — told her to stop dreaming.

“They said my dreams were too big” for an African American teenager, she said.

Next month, Bryan will be one of 21 composers of color whose work has been chosen by Britain’s Royal Festival Hall to feature in “Inside Out,” its first season since Britain’s first lockdown in March. The entire season will be performed in front of an empty auditorium because of the coronavirus restrictions, with audiences invited to view the performances live online and listen to some concerts live on the radio. 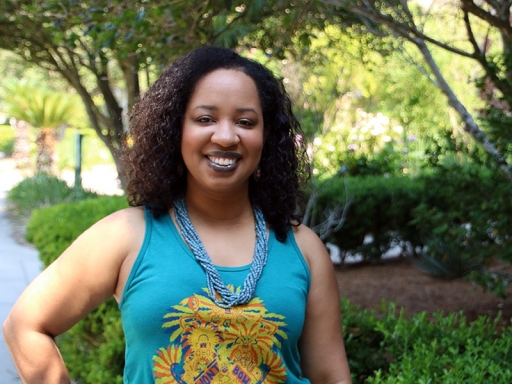 Courtney Bryan will be one of 21 composers of color whose work will be featured by Britain’s Royal Festival Hall in its first post-lockdown season.

Being told to dream smaller wasn’t the only put-down Bryan heard as a young Black woman studying classical music. She recalls the time teachers at her school advised her to study under a local composer. But when she reached out to him, he refused. He suggested she study jazz instead.

Bryan says she didn’t think too deeply about it at the time; she was just hurt by the rejection. Now, as an adult, she says, she believes it was all about race.

“I'm looking back on it and all the things he said were wrong,” she said. “Just because I played jazz didn't mean that I had any conflict with being a classical composer, too. I know, looking back, that was an example of race.”

One particular incident that happened at a Black Lives Matter protest just a stone’s throw away from the Royal Festival Hall inspired members to produce a piece of work about the anxiety that surrounds race relations.

Patrick Hutchinson, a Black personal trainer from London, was at a Black Lives Matter protest in June when he spotted a white counterprotester curled up in a fetal position in the middle of a group of Black demonstrators. Counterprotesters — including far-right activists — had clashed with the police and BLM marchers that day. Hutchinson intervened, and he and his friends formed a circle around the white man. He says he feared the man would be badly injured or killed.

“I was just thinking of, you know, a human being on the floor, it wasn't going to end well had we not intervened. We did what we had to do, we stopped somebody from being killed, basically,” Hutchinson said in a live interview on the BBC.

Hutchinson lifted the counterprotester over his shoulder and carried him away from the crowd.

A photo of the moment went viral, and it inspired the Royal Festival Hall to ask composer James B. Wilson and poet Yomi Sode to create a piece of work about the incident. Wilson says the score isn’t just about what happened that day but reflects the sense of frustration and anxiety that so many people are currently feeling. 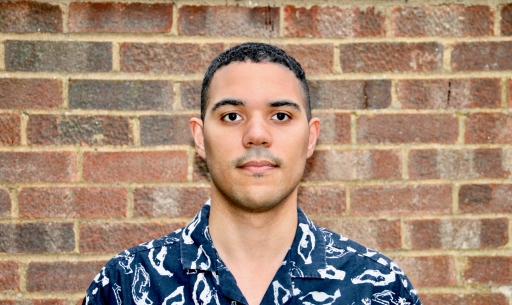 Classical musician James B. Wilson co-created a piece of work based on an incident that happened at a Black Lives Matter protest in June.

“We're in unprecedented times with the pandemic and also the civil unrest and racial tension in America, and in this country. What I'm trying to get across in this piece is the sense of unease that I think we're all feeling at the moment," Wilson said.

Wilson, like Bryan, knows how exceptional it is to be a successful Black composer. At the music academy where he studied, Wilson says he was the only Black composer in his year. He says he didn’t experience any blatant racism but is always aware of how unconscious bias plays a part in the way people behave. Just mentioning what he does for a living can raise eyebrows, he says.

“When you mention to people that you are a composer, sometimes people will respond in disbelief. And you don't know if that's necessarily because of your race or how young you are or what the case may be,” Wilson said.

A 2014 study by the League of American Orchestras showed that less than 2% of musicians in orchestras in the US are Black. Classical music audiences are also predominantly white. 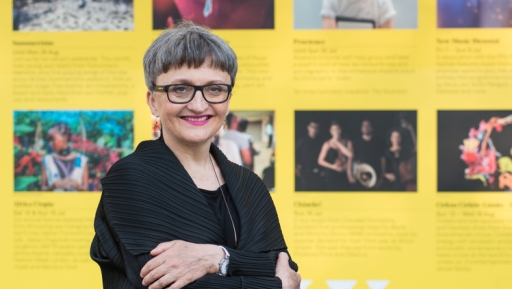 Gillian Moore, director of music at the Southbank Centre, which includes the Royal Festival Hall.

Moore agrees that classical music “is a tough nut to crack.” The Festival Hall has made some advancements in its attempt to address the issue of inequity in the classical music world, working regularly with Chineke! Orchestra, the first professional orchestra in Europe made up of majority Black, Asian and ethnically diverse musicians.

Moore says whenever they feature musicians of color, audience diversity notably increases. She hopes next month’s new season will help change things, too.

Wilson will be allowed to attend when his new composition is performed but Courtney Bryan will have to make do with watching online from her home in New Orleans.

Still, she says, to be featured by Britain’s Royal Festival Hall is not a bad achievement for a young woman who was once told her dreams were too big.