But choosing judges for the nation’s highest court doesn’t have to be so polarizing.

In some European countries, judicial appointments are designed to ensure the court’s ideological balance. And the entire process, from nomination to confirmation, is generally not seen as partisan. By choice and by law, high court justices in those places generally work together to render consensus-based decisions.

I am a scholar of high courts worldwide, which are typically called “constitutional courts.”

Europe’s constitutional courts differ from country to country, but they have some important similarities.

Justices serve for fixed terms — usually nine to 12 years — rather than for life, and they are not eligible for reappointment. US-style oral arguments are rare in Europe’s constitutional courts. Instead, the justices consider written arguments and then they deliberate in private. The courts generally have more members than the US Supreme Court — 12 to 20 judges — but they also often operate in smaller panels.

Judicial appointments in such systems rarely provoke the kind of partisan confirmation battle likely to play out in Washington over the next few weeks. That’s because many European countries ensure that both sides of the political spectrum have a say in choosing constitutional court judges.

In Germany, for example, the legislature conducts the appointment process in a bipartisan fashion. The political parties negotiate over the nominees, identifying candidates who are acceptable to both the left and right.

Because each justice must be approved by a two-thirds vote, candidates need to appeal to lawmakers from across the political spectrum.

In the US, by contrast, the president picks a Supreme Court nominee, who must be confirmed by a simple majority: 50%, plus one vote. However, until recently, opponents could filibuster to require 60 votes for confirmation. Right now, Republicans hold 53 seats in the 100-seat Senate, a balance likely to change after November’s election. 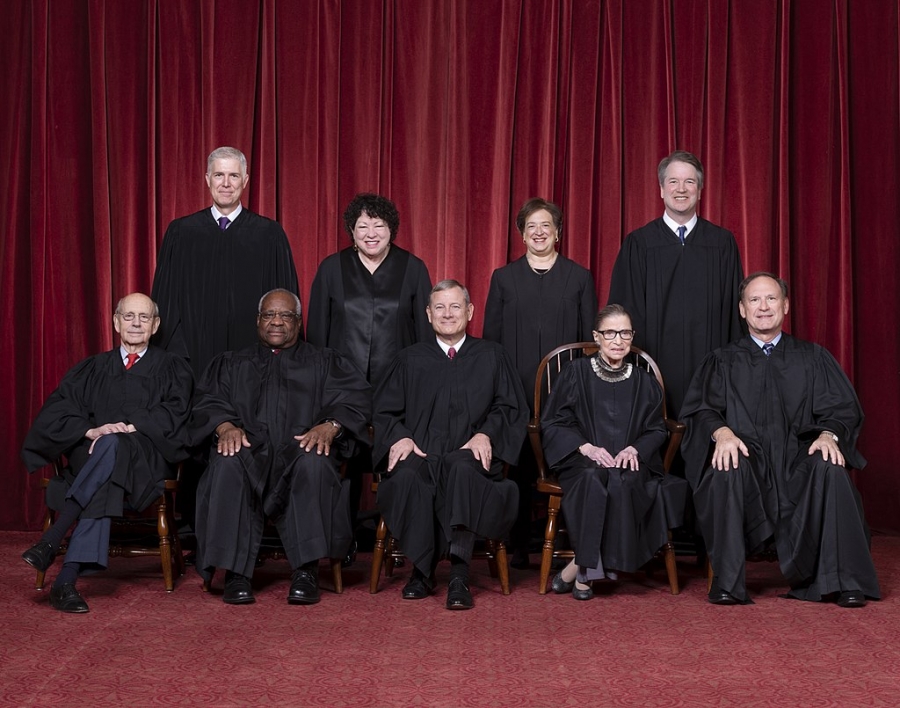 Fred Schilling, Collection of the Supreme Court of the United States

Many European courts also take a more centrist approach to making their rulings.

Rather than deciding cases by majority vote, as the US Supreme Court does, constitutional courts in Europe often operate on consensus. German and Spanish justices rarely write dissenting opinions to express their disapproval of a court ruling. Dissents do not exist in Belgium, France or Italy.

When all justices have to agree, compromise is essential. The US Supreme Court itself recently demonstrated this. More than a year elapsed between the death of Justice Antonin Scalia in 2016 and the appointment of Justice Neil Gorsuch in 2017 because Republicans refused to confirm a new justice in an election year. So the court was evenly split during that time between liberals and conservatives, four to four.

The eight justices worked harder to find common ground on divisive issues. When asked to decide whether religiously oriented employers must provide health coverage that covers contraception, they fashioned a compromise: Insurance companies would be required to provide coverage to employees without the employers having to take any action to ensure that the coverage was provided.

The centrist approach inspires high levels of public confidence. In Germany, trust in the constitutional court is impressive, hovering around two-thirds to three-quarters. Approval is strong from both the left and the right.

In contrast, public trust in the US Supreme Court has been steadily declining for years. A majority of Americans once expressed strong confidence in the court. Today, a Gallup poll finds, only 40% do — down from 56% in 1988.

While public trust has historically tended to be similar for Democratic and Republican voters, the past two decades have seen increasing polarization in that measure. Currently, 53% of Republicans have a great deal of confidence in the court. Just 33% of Democrats do, according to Gallup. 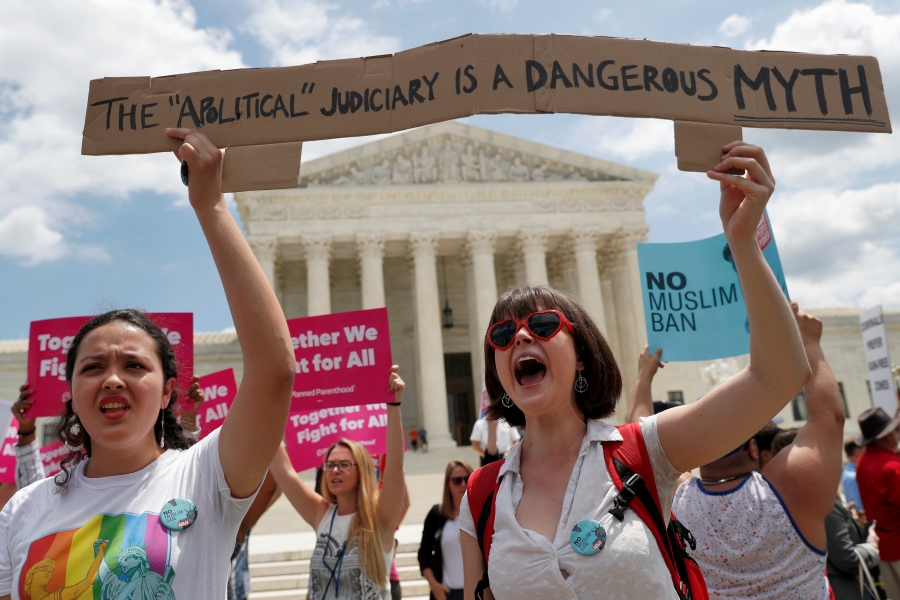 Public faith in the U.S. Supreme Court, a once-venerated institution, has been declining for years.

If Republicans are able to push through a nominee to fill Ginsburg’s seat before the end of Trump’s term — breaking with the precedent they set in 2016 of not filling vacancies on the Supreme Court before a presidential election — the court will have a 6-3 conservative majority.

This will likely cement polarized public opinion in the US about the Supreme Court.

Conservatives will feel confident that their priorities — restricting abortion access, for example, and expanding the role of religion in society — are well reflected on the Supreme Court. Liberals and moderates, who broadly make up about 60% of the US population, will not. If the justices’ decisions seem ideologically driven, a skewed Supreme Court composition could undermine the court’s legitimacy for many Americans.

Perhaps in deference to that fact, Chief Justice John Roberts, a conservative, has occasionally sided with the Court’s liberals in important but legally narrow 5-4 decisions about gay rights, immigration and abortion.

Can the US depoliticize its courts?

While public discussion right now focuses on how Congress could change the judicial appointment process, the justices could also decide on their own to depoliticize the Supreme Court.

Consensus-based judicial decision-making is required by law in some European countries. But in many other European constitutional courts, the justices have simply imposed this norm upon themselves and developed policies to ensure consensus is reached.

The US Supreme Court itself observed a norm of consensual decision-making for most of its history. Until 1941, the justices typically spoke unanimously. Only about 8% of cases included a dissenting opinion. In the 2019-2020 term, 64% of decisions included dissents.

[Expertise in your inbox. Sign up for The Conversation’s newsletter and get expert takes on today’s news, every day.]

Chief Justice Roberts has pushed for greater consensus on the court, saying that the court functions best “when it can deliver one clear and focused opinion.” Other chief justices have pressed hard for unanimity, too. Chief Justice Earl Warren believed it so important that the court unanimously strike down school segregation that he managed to turn a 6-3 majority into a 9-0 majority in Brown v. Board of Education.

Mostly, though, extreme political polarization in the United States has translated into an extremely polarized Supreme Court. As European countries show, one effective way to bridge political divides is to ensure that both sides truly think the country’s most powerful judges represent their interests.

This is an updated version of an article originally published July 9, 2018.