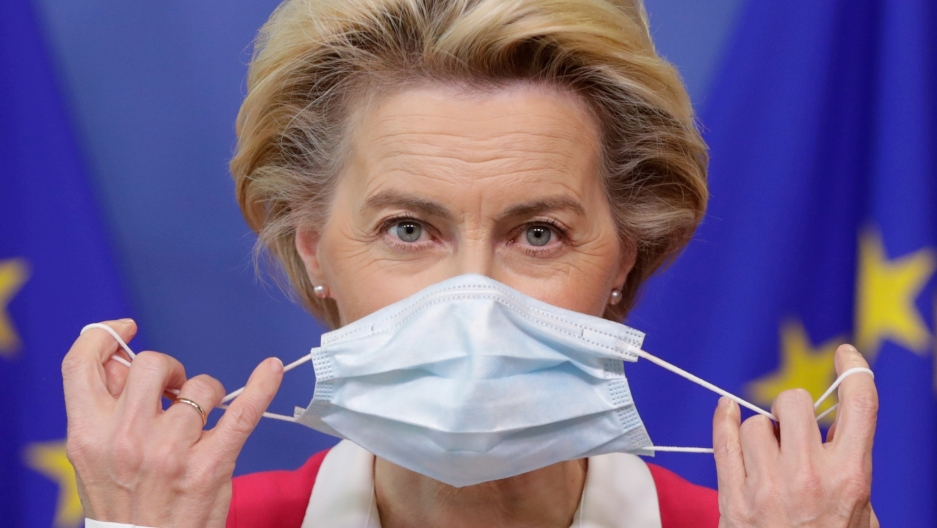 The European Union is calling for a comprehensive system to manage migration across its 27 member states. After years of considerable disagreements over how to cope with refugees, the German-backed pact would be compulsory for all EU nations.

Head of the European Commission Ursula von der Leyen referred to the effort as a “European solution” and said it would “restore citizens’ confidence,” adding that the recent Moria migrant camp fire on the Greek island of Lesbos was a reason “to find sustainable solutions.”

Countries would be obliged either to take in asylum-seekers or be responsible for repatriating those whose asylum requests are rejected. New mandatory preentry screenings would check for health, identity and security. And countries not doing refugee resettlement could contribute in other ways, such as providing operational support or helping to send back failed asylum applicants.

The lack of a coherent strategy has been a major policy challenge ever since a massive influx of well over 1 million migrants in 2015, which affected Greece and Italy disproportionately. But monthly arrivals now are a small fraction of what they were during the peak of the crisis then. Regardless, the new plan could face heated debate before approval by the European Parliament and may not become law until 2023.

Chinese President Xi Jinping announced a bold new Paris climate accord target for net-zero carbon emissions by 2060 during his prerecorded video address Tuesday to the UN General Assembly. The statement marked the first time that Beijing — the world’s biggest emitter — has pledged to end its net contribution to global warming. Xi also reiterated China’s commitment to achieving peak emissions before 2030.

Also, in a ceremony that took the media and opposition activists by surprise, Belarusian President Alexander Lukashenko was inaugurated again Wednesday, as protests against his reelection continued in the capital, Minsk. Meanwhile, poisoned Russian opposition leader Alexei Navalny has been discharged from inpatient care after 32 days of treatment at Berlin’s Charité hospital. 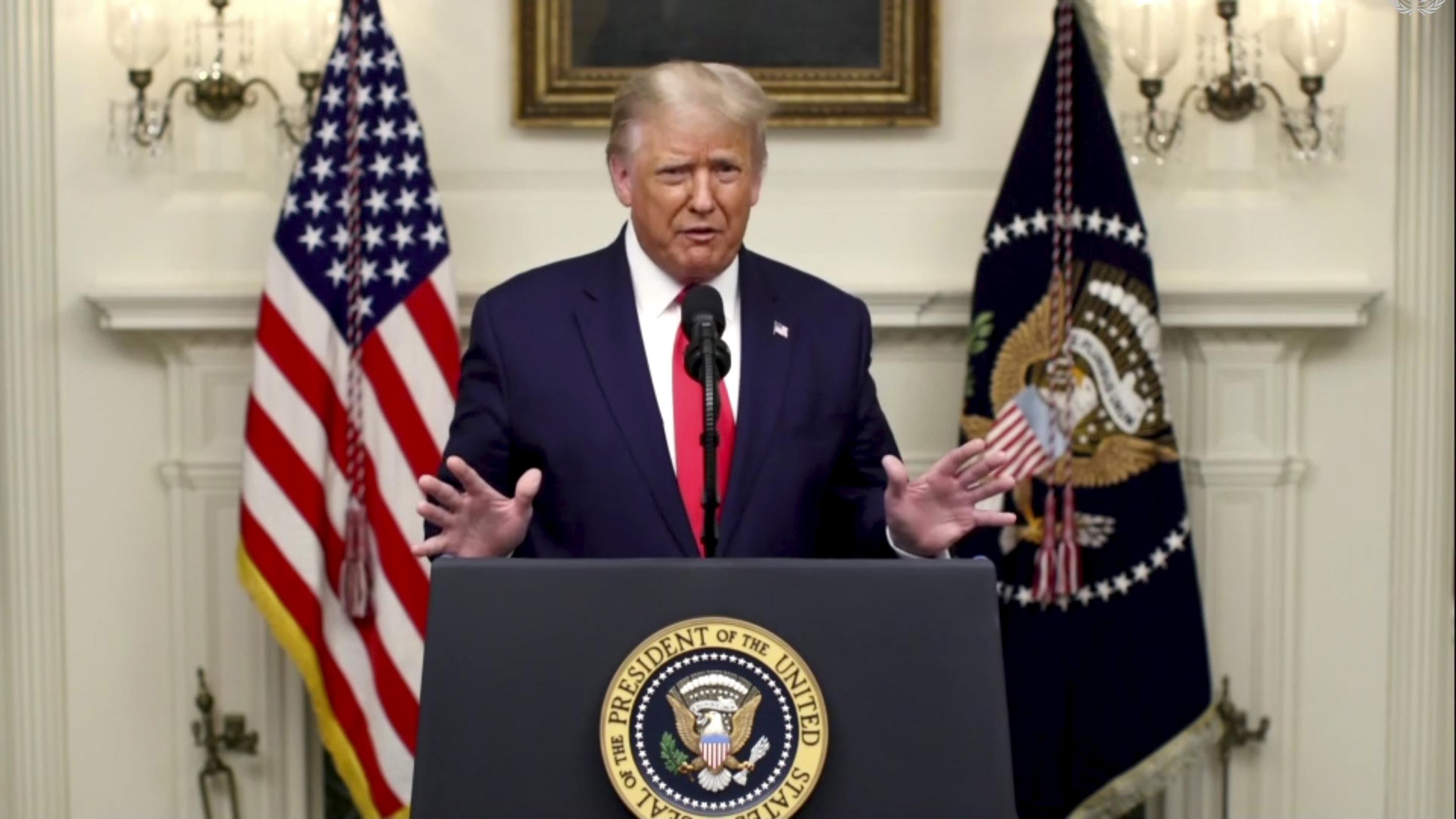 In this image made from UNTV video, US President Donald Trump speaks in a prerecorded message, which was played during the 75th session of the United Nations General Assembly, Sept. 22, 2020, at the United Nations headquarters in New York.

Michael Green, a former National Security Council adviser, told The World's Marco Werman that the lack of dialogue between the US and China could lead to dire consequences.

"[T]he Chinese leadership does not have a good finger on the pulse of the American leadership," Green said. "We don't have a strategic dialogue. You know, President Bush was able to talk to his counterparts about any issue. ... President Obama had that with Hillary Clinton and the Chinese state councilor. We've always had these channels. We don't have them right now."

"It's not clear to the Chinese who speaks for President Trump on any given day," he continued. "And it's very obvious that the Trump administration has very little communication or a channel to Beijing. That lack of a crisis management dialogue channel could get us in big trouble if we have an accident." 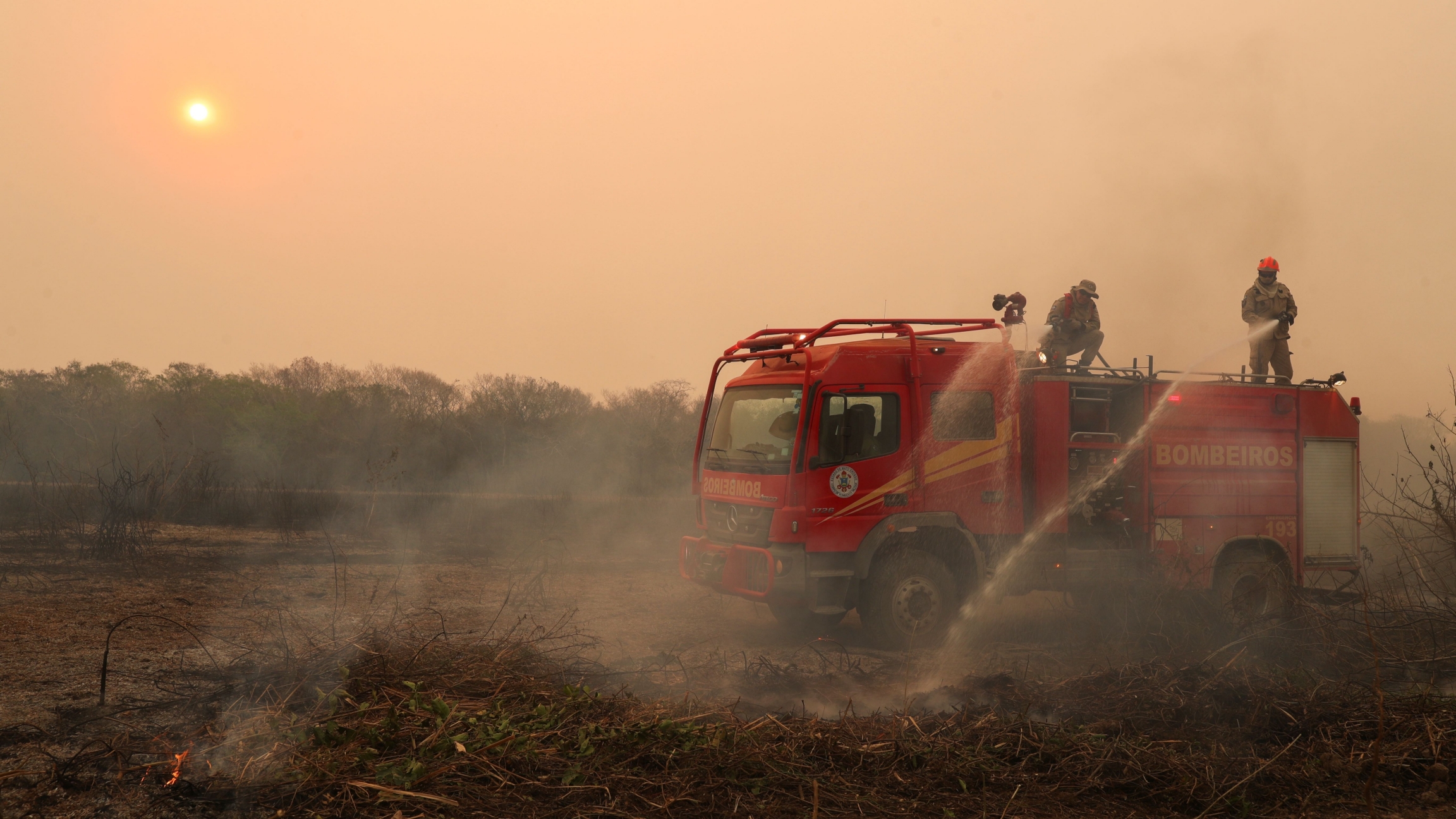 Firefighters work to extinguish a fire in a ranch amongst smoke in the Pantanal, the world's largest wetland, in Pocone, Mato Grosso state, Brazil, Aug. 28, 2020.

Over 7 million acres of the Pantanal have gone up in smoke — roughly 50% more territory than all of the land that has burned so far this year along the entire US West Coast.

Straight out of the Bard's prose, Michele D'Alpaos and Paola Agnelli met during Italy's lockdown in March while attending an open-air concert from their respective balconies in Verona. As it happens, love is flourishing for the couple, dubbed the "Romeo and Juliet" of the lockdown. The two are now planning to get married on a rooftop terrace. Let's just hope Shakespeare's ending for the play isn't in the cards.

The lovers dubbed the Romeo and Juliet of Lockdown, who first spotted each other from the balconies of their Verona apartments, are planning to marry, they tell mehttps://t.co/dkPBFOxVHo 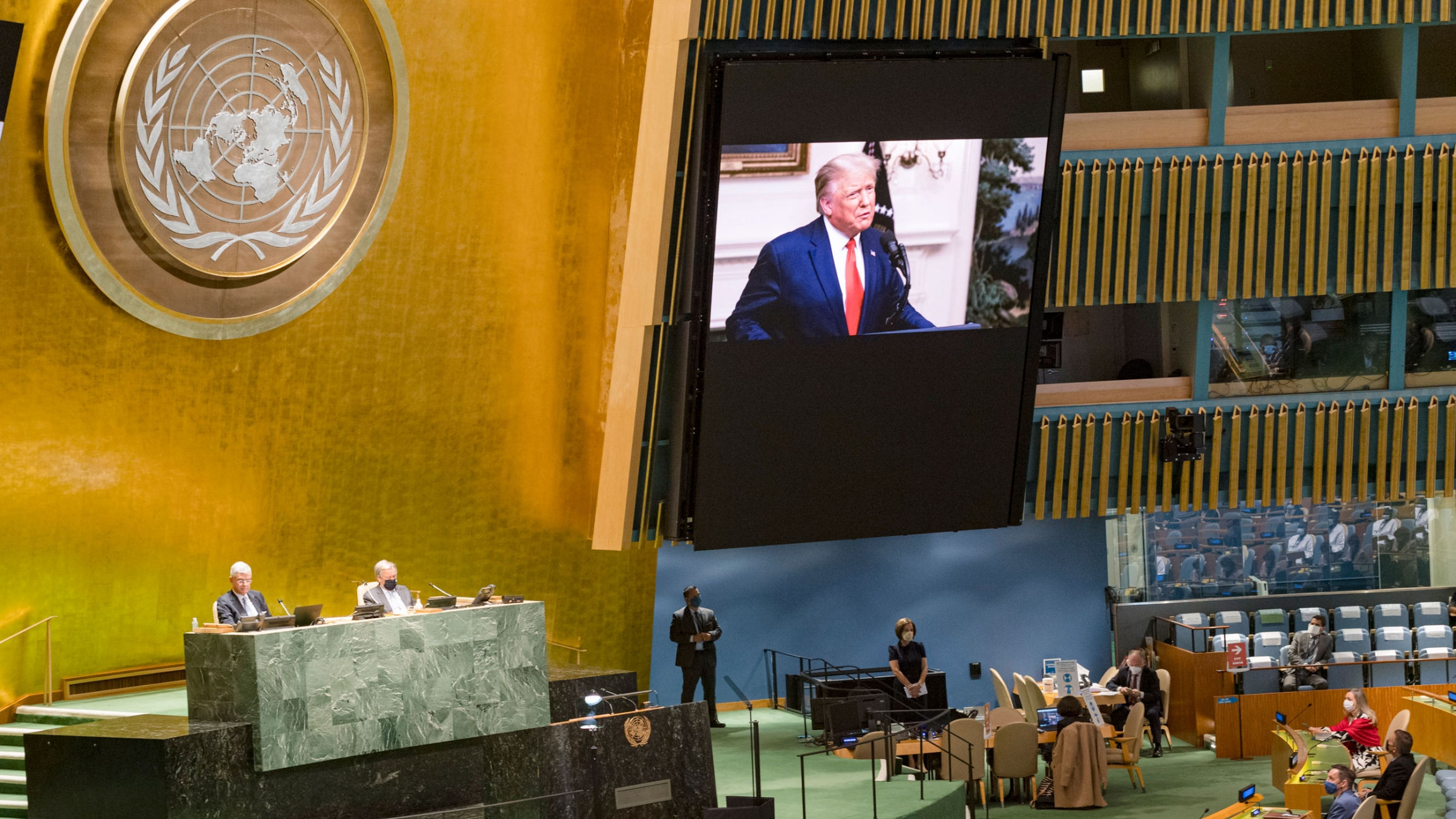 US President Donald Trump is shown on video screens as his prerecorded message is played during the 75th session of the United Nations General Assembly, Sept. 22, 2020.

The UN General Assembly is holding its 75th meeting this week in New York — mostly virtually. US President Donald Trump used his address on Wednesday to blame China for the spread of the coronavirus while defending his own response to the pandemic. And the 2020 presidential election will dictate whether the US remains out of the Paris climate agreement for another four years, or reenters it this coming winter. Plus, Puerto Rican singer Bad Bunny performed live in New York City on Sunday night, standing on top of a flatbed truck while rolling through city streets.