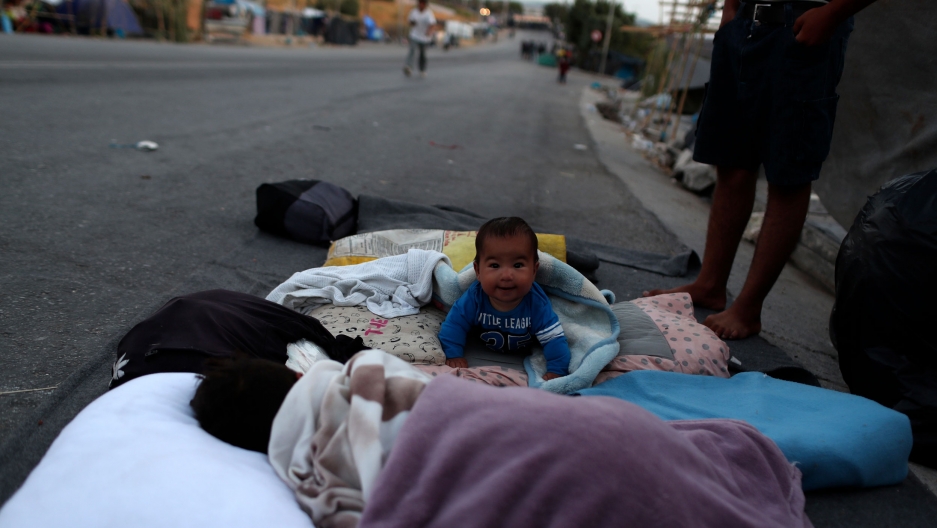 A baby crawls as migrants remained camped out on a road leading from Moria on the northeastern island of Lesbos, Greece.

Hundreds of migrants are being moved by Greek police on Thursday to an army-built camp on the island of Lesbos after a fire destroyed an overcrowded facility, leaving them homeless for days.

Wearing masks and white coveralls, police escorted migrants camped out on a roadside to the new site in the island's Kara Tepe area.

Thursday's operation included 70 female police officers and no violence was reported. "As long as it is peaceful, we believe it is a good move," said Astrid Castelein, head of the UN Refugee Agency's office on Lesbos. "Here on the street it is a risk for security, for public health, and it's not dignity which we need for everyone."

Authorities said the fires had been set deliberately by a small group of inhabitants angered by COVID-19 lockdown restrictions. Six Afghans, including two minors, have been arrested on suspicion of arson.

Most of the migrants made homeless set up makeshift shelters made of sheets, blankets, reeds, and cardboard along a stretch of road near the gutted camp.

The new site consists of large family tents erected in an old army shooting range by the sea. By late Wednesday night, it had a capacity of around 8,000 people, according to the UNHCR, but only around 1,100 mostly vulnerable people had entered.

New arrivals are tested for the coronavirus, registered and assigned a tent.

"This is an operation for the protection of public health and with a clear humanitarian mission," the police said in a statement. 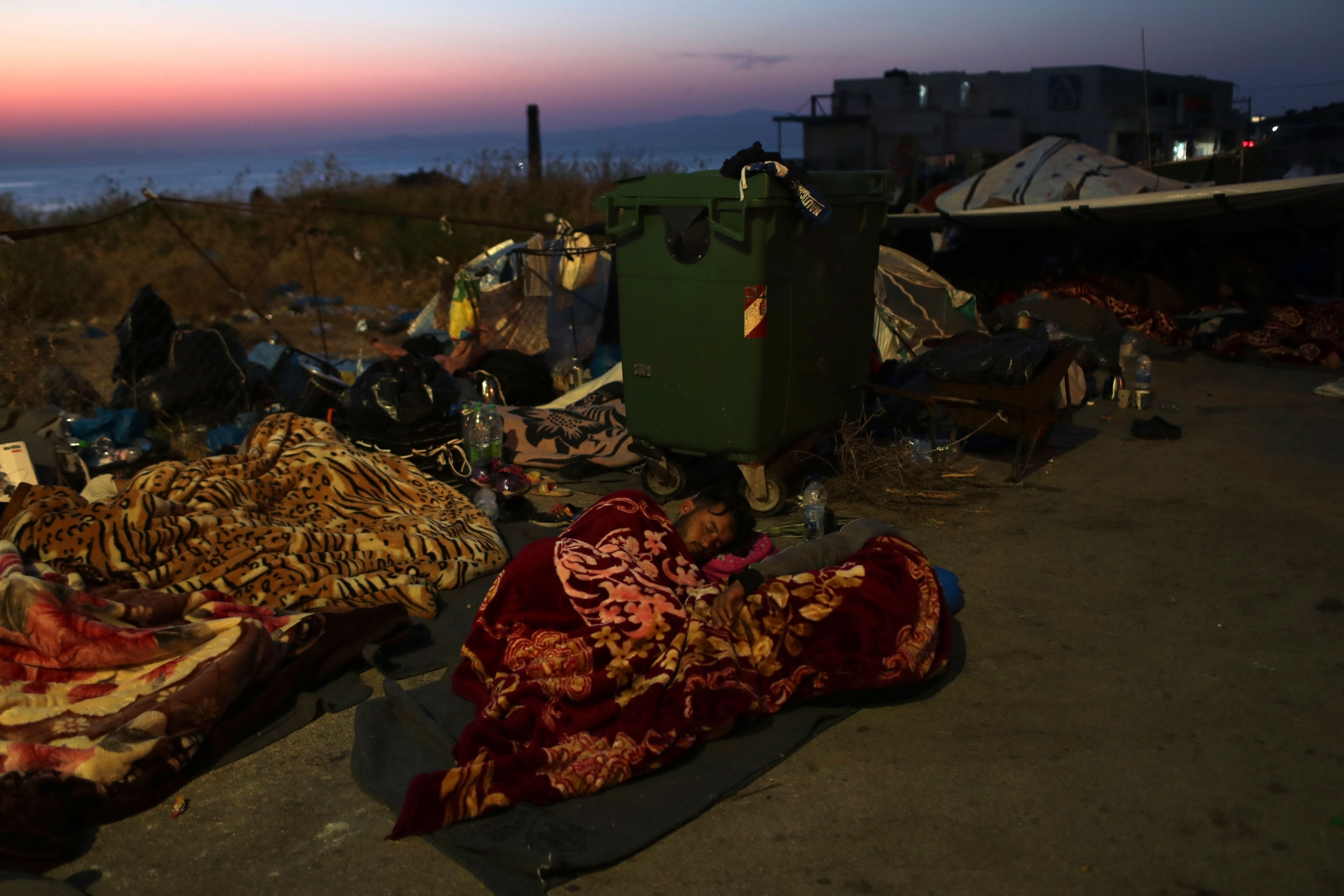 Migrants sleep next to a trash bin as they remained camped out on a road leading from Moria, on the northeastern island of Lesbos, Greece, Sept. 17, 2020. Fires swept through the overcrowded camp at Moria on two nights last week, prompting more than 12,000 migrants and refugees to flee.

It said 450 people had been moved to Kara Tepe on Thursday morning, and 250 of them had already entered the new camp after undergoing a rapid test for the coronavirus. The rest were waiting to enter, while more people were due to arrive.

The medical aid organization Doctors Without Borders, or MSF, said Greek police were preventing its staff on the island from accessing a clinic it has set up there.

Moria had a capacity of just over 2,700 people, but more than 12,500 people had been living in and around it when it burned down. The camp and its squalid conditions were held up by critics as a symbol of Europe's failed migration policies.

The European Union is due to issue proposals to overhaul the bloc's migration policy next week in an effort to end years of division among member states. As a frontier state, Greece is pressing for increased participation by other EU members in relocation schemes — unpopular with many central and East European countries — but has also suggested that alternative obligations may be assigned to countries wishing to opt out of relocation.

Speaking at a debate in the European Parliament on the situation in Greece, EU Commissioner for Home Affairs Ylva Johansson said that "there can be no more Morias," and that it was time for a fresh start on migration.