Thousands of asylum-seekers on the Greek island of Lesbos continue to be forced to live on the street under what many describe as deplorable conditions after the Moria refugee camp was destroyed by fire last week.

The Greek government packed most of the approximately 12,000 displaced by the fire at the camp into an area along the street that is barricaded, with police blocking asylum-seekers from leaving the island.

Most of the migrants spend their days and nights on the side of the road, taking shelter under canopies they’ve cobbled together using the little they have and whatever else they can find: sticks, olive branches, blankets.

The camp’s devastation worsens an already dire situation as many of the migrants, who lost what they had in the blaze, are now stranded with little to no access to food, water and electricity. 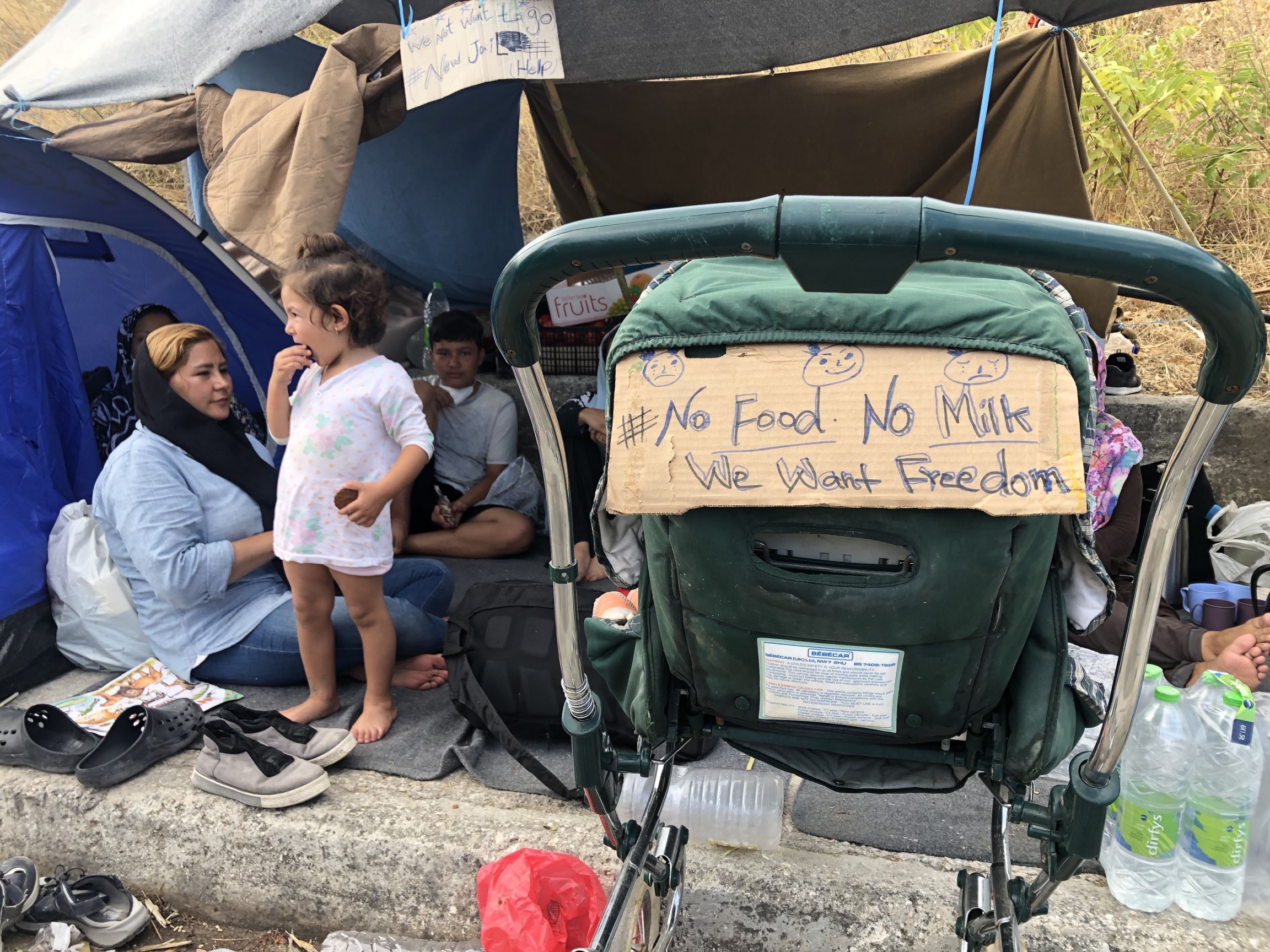 Many of the migrants displaced by the fire at Moria camp on the Greek island of Lesbos have been living on the side of the road and in fields.

While the Greek government and aid groups are providing food and water daily, many migrants say distribution systems are flawed; they often have to wait hours in line under the scorching sun and are unable to social distance because they’re forced to come into close proximity with others.

Related: Greece and Turkey sail toward a crisis of sea borders

Other migrants say the police blockade aimed at restricting their movement is preventing them from accessing supplies and services they critically need, like additional food and medication.

“The way we are treated is inhumane. People have to [get]out from a place like this. Nobody’s life is safe here.”

“The way we are treated is inhumane,” said a 25-year-old asylum-seeker from The Gambia who asked to remain anonymous. “People have to [get]out from a place like this. Nobody’s life is safe here.” 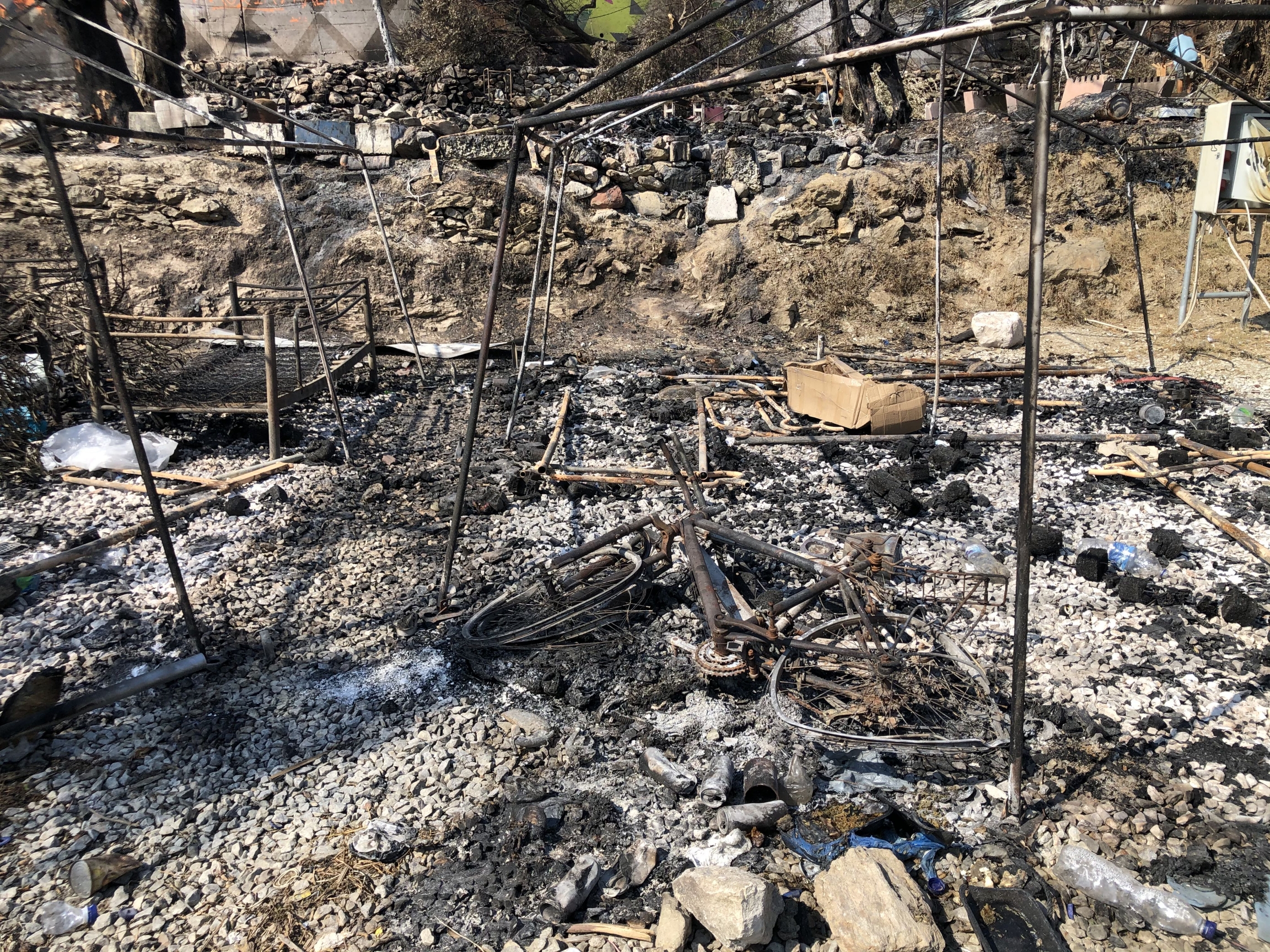 Moria camp on the Greek island of Lesbos was destroyed by the fire and most of the migrants living there lost the little they had.

As of Sunday, officials with the Greek government and UNHCR, the UN refugee agency, reported progress on a new temporary campsite on the island. But many migrants say they don’t want to be put in a new camp — even temporarily.

Over the weekend, during a demonstration that ended with police throwing several rounds of tear gas into the area where migrants are being held, migrants demanded to be relocated from the island, and protested plans for a new camp. “No camp — freedom,” they chanted.

“If they want to put us in another camp, we’ll burn that too.”

“If they want to put us in another camp, we’ll burn that too,” said one migrant who asked not to be named.

Asked if the comment was an admission that migrants themselves, as it’s widely suspected, burned down Moria, the migrant refused to answer, but added: “the camps are all going to be burned. That’s what we have to do.” 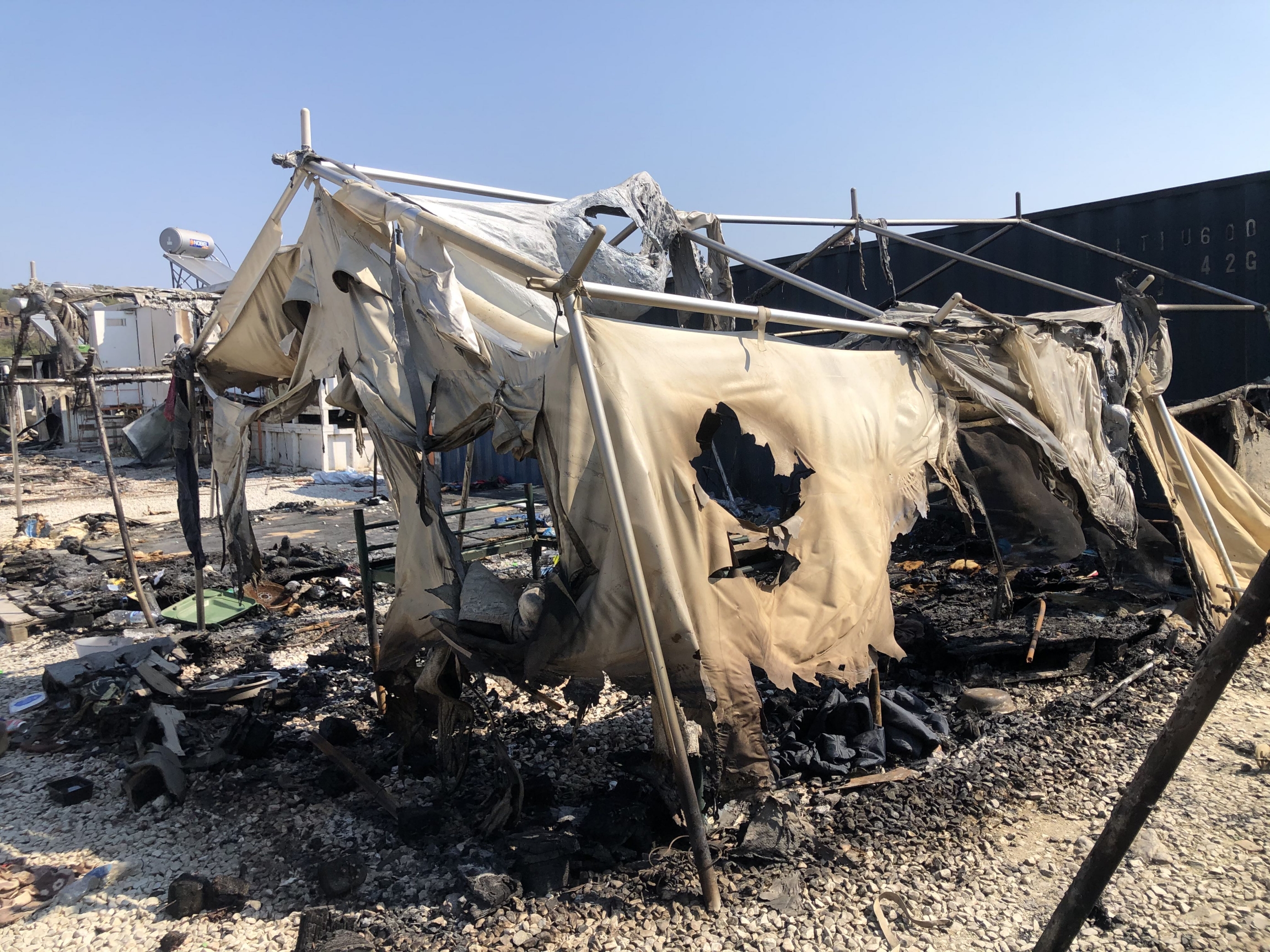 Very little remains of Moria camp on the Greek island of Lesbos after last week's fire ravaged the grounds.