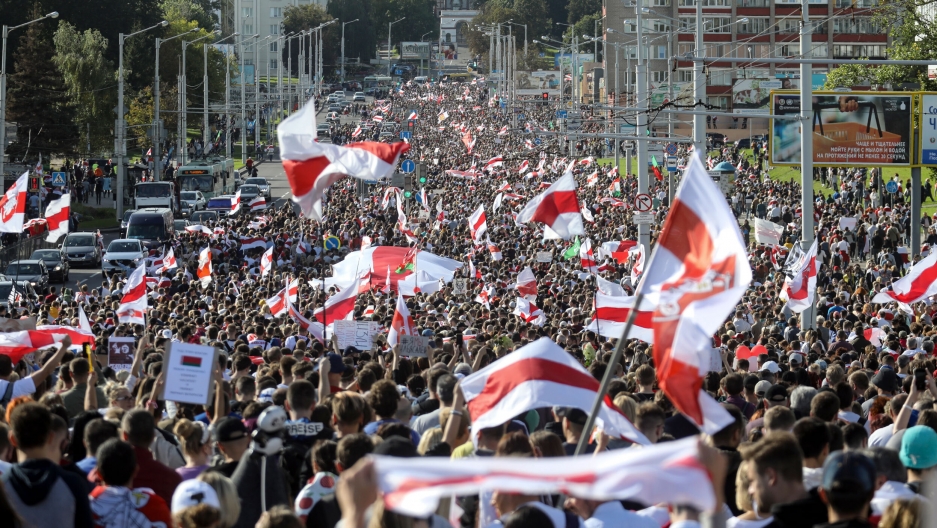 The authoritarian president of Belarus, Alexander Lukashenko, arrived at the Russian resort city of Sochi on the Black Sea coast to meet with Russian President Vladimir Putin. A Kremlin spokesman said the two were to discuss political and financial support for the embattled Belarusian leader following six weeks of massive protests in Minsk, and growing calls for a democratic government.

Over the weekend, an estimated 150,000 people flooded the streets of the Belarusian capital, demanding Lukashenko’s resignation and led by women in the country’s burgeoning opposition movement. The country’s interior ministry said 774 demonstrators were arrested.The protesters argue that the Aug. 9 presidential vote was rigged, with the US and EU agreeing that the poll was neither free nor fair. But Lukashenko refuses to engage in direct talks with the opposition.

Lukashenko has appealed to Moscow for help, depicting the protest movement as a Western attempt to isolate Russia. For its part, the Russian government sees Belarus as a bulwark against NATO expansion but fears that dissent in Belarus could embolden Putin’s critics at home.

India’s parliament convened for the first time in six months, as new cases of the coronavirus increased by over 90,000 in just a day and total infections approached 5 million. In the chamber, members wore masks and sat between glass partitions to prevent virus transmission. “We hope that a vaccine is available soon, whichever part of the world it comes from,” Prime Minister Narendra Modi told the media before the session.

The Afghan government and the Taliban began peace talks in Doha, Qatar, over the weekend in a bid to put an end to decades of brutal conflict. But discussions could be hamstrung by a lack of unity in the team representing the Afghan government, which includes officials from rival political parties, members of civil society and religious figures. 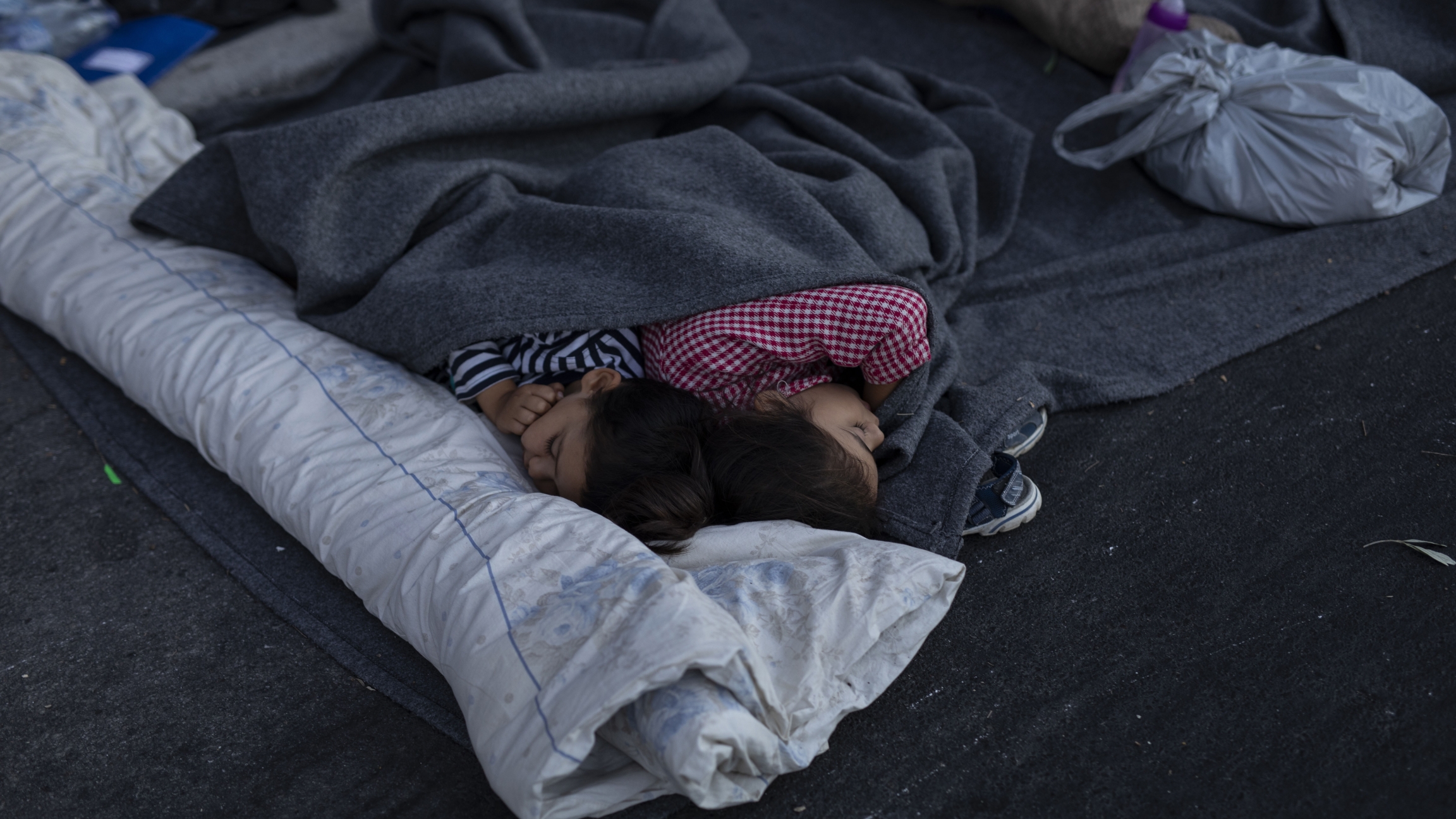 Refugees and migrants sleep on the road near the Moria refugee camp on the northeastern island of Lesbos, Greece, Sept. 10, 2020.

The destruction of the Moria camp on the Greek island of Lesbos worsened an already dire situation for refugees and asylum-seekers on the island.

US intelligence dysfunction ‘rooted in the chaos of the presidency’ 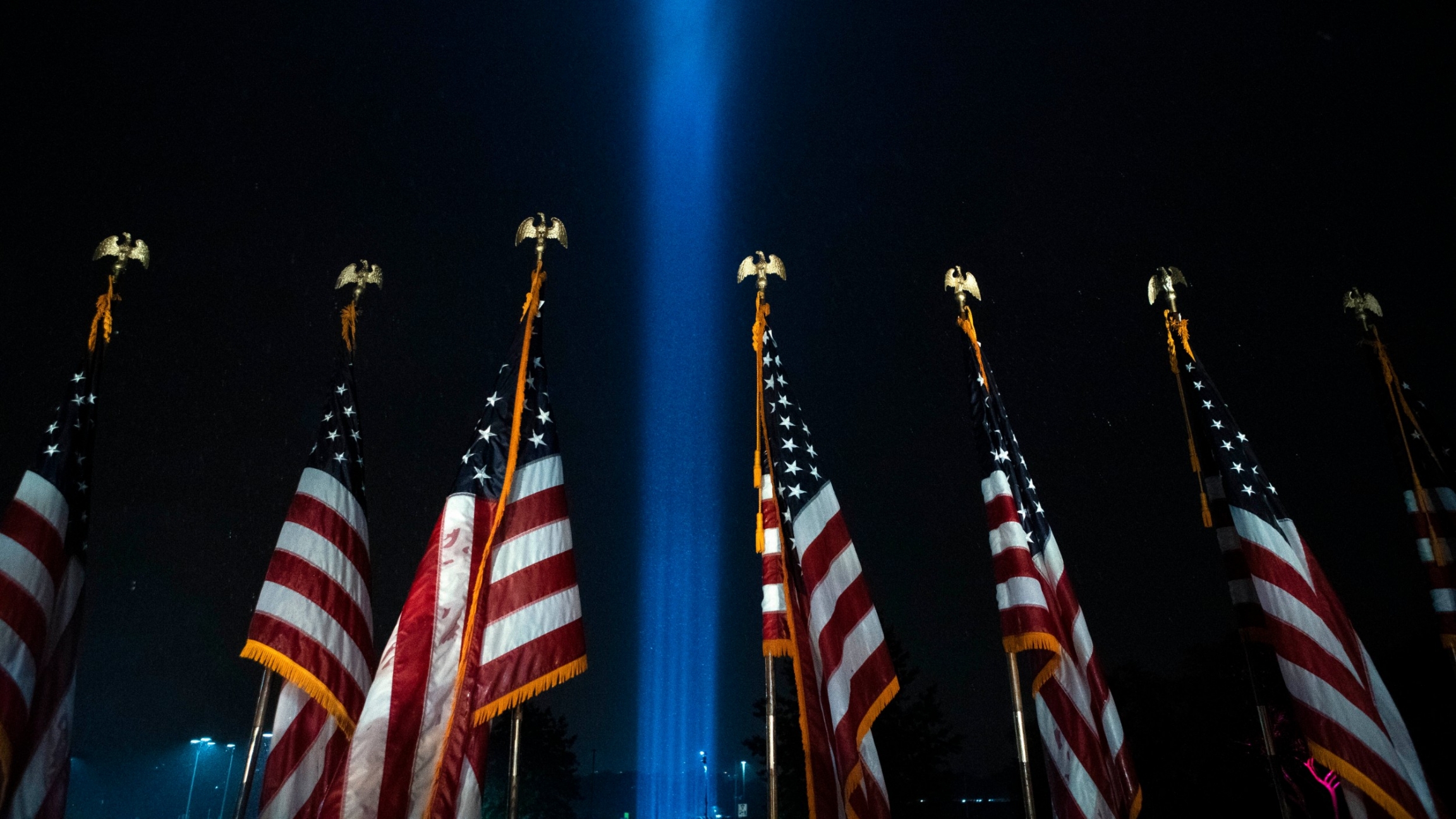 Beams of light are seen over the Pentagon, as part of a tribute marking the 19th anniversary of the 9/11 attack on the Pentagon, Sept. 9, 2020, in Washington, DC.

Since the tragic events of Sept. 11, 2001, national security analysts say intelligence agencies have improved on information sharing, but that Trump administration policies have discouraged reliance on their reports.

Amid the global pandemic, musicians have become even more creative in order to stage performances for audiences. On Saturday, the Dresdner Sinfoniker orchestra performed with 16 alphorns, nine trumpets and four tubas — 164 feet up on rooftops in Dresden, Germany. The percussion instruments were set up at a nearby car park on top of a shopping center. Now that's socially distanced entertainment. 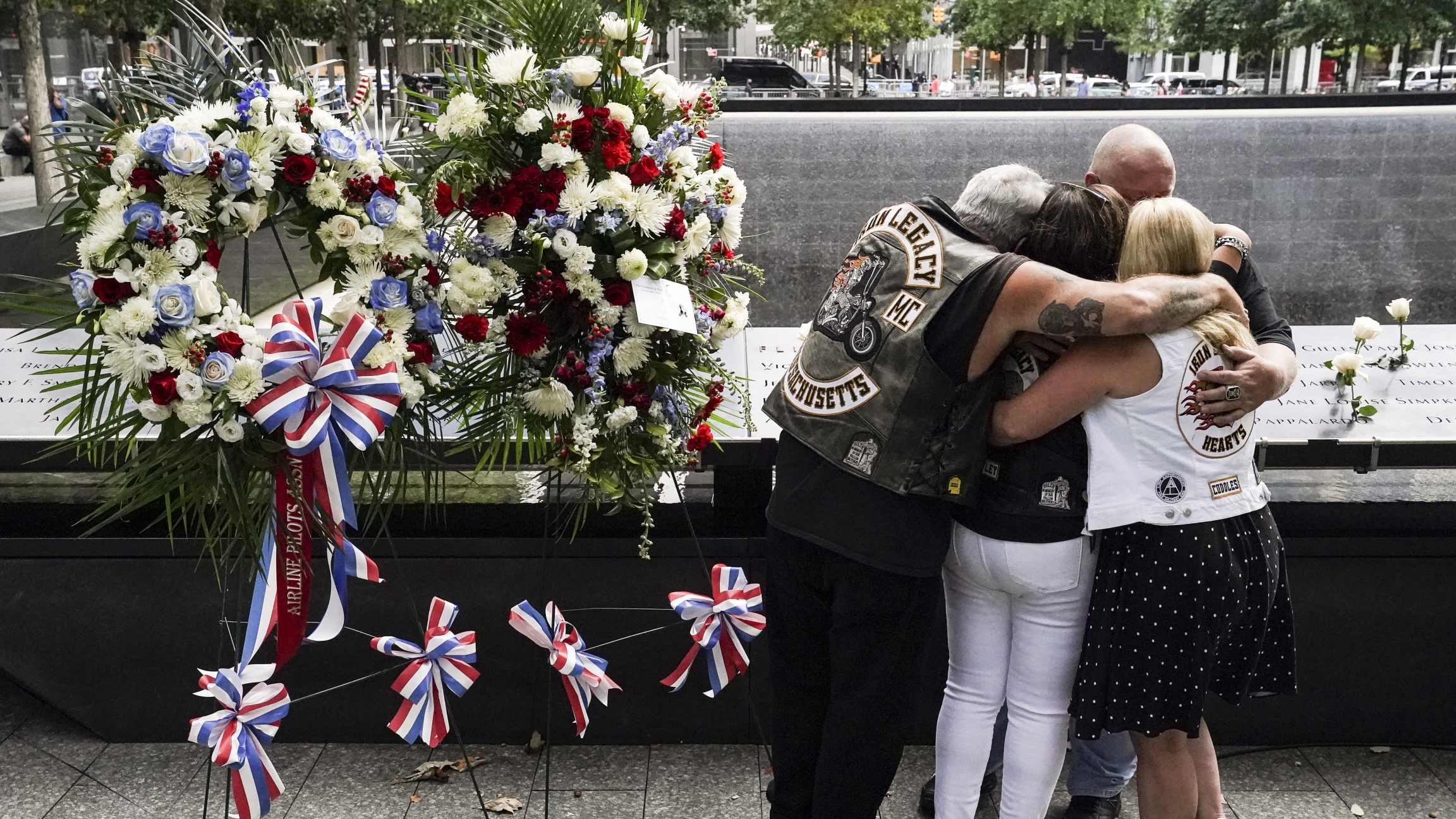 Mourners hug beside the names of the deceased Jesus Sanchez and Marianne MacFarlane at the National September 11 Memorial and Museum, Sept. 11, 2020, in New York.

A whistleblower this week said Department of Homeland Security officials have purposely downplayed certain threats in their briefs to President Donald Trump. Nineteen years ago today, dysfunction at US intelligence agencies stymied efforts to prevent the deadliest attack on American soil in history. Host Marco Werman speaks with a national security expert. And, thousands of migrants on the Greek island of Lesbos are without shelter, after the refugee camp where they were staying burned down. Plus, the British soap opera "EastEnders" includes a storyline about a young woman with an abusive husband, whose abuse escalates during the coronavirus lockdown.