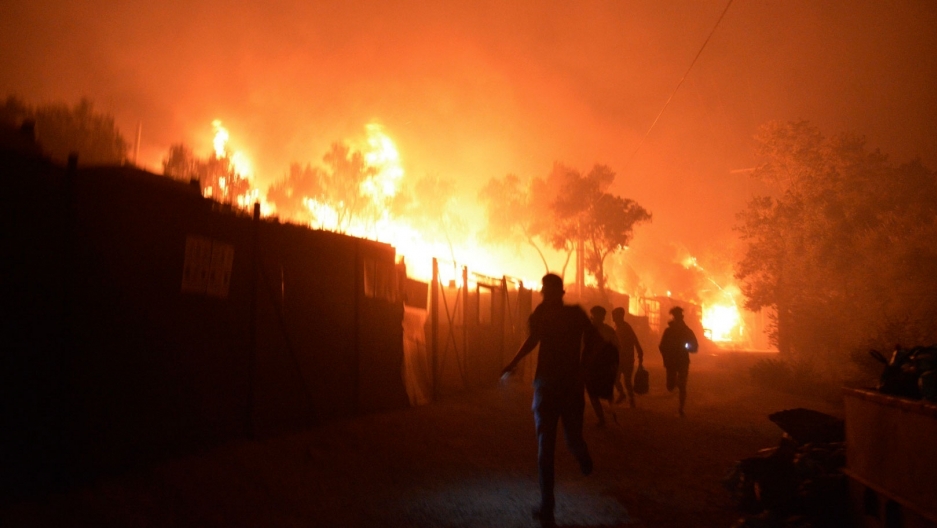 Migrants run as fire burns in the Moria refugee camp on the northeastern Aegean island of Lesbos, Greece, Sept. 9, 2020.

A massive fire burned overnight through Greece’s largest refugee camp, Moria, which was hosting more than 12,500 migrants on the island of Lesbos. Amid a coronavirus lockdown, the blaze scorched container housing, destroying most of the migrant camp and leaving many inhabitants in need of emergency shelter. Migrant protesters clashed with riot police, hindering firefighters in the facility built to accommodate less than 3,000 people. Some people were injured by smoke exposure.

The Greek government is investigating the possible causes of the fire, including arson. Migrants living in Moria are not being permitted to leave the island, to prevent the spread of COVID-19. A separate facility for 35 infected people wasn’t affected by the fire damage. Greece’s interior and migration ministers, as well as the public health chief, were dispatched to the area on Wednesday, and European authorities voiced messages of support for resettling refugees in certain EU countries willing to take them.

A half-decade ago, Lesbos was the busiest crossing point for a huge exodus of migrants fleeing from war-torn Syria, Iraq and other countries. This year, Greece has seen the third-most number of refugees in southern Europe, after Italy and Spain.

A joint vaccine effort by pharmaceutical maker AstraZeneca and Oxford University hit a bump in the road as late-stage studies were put on hold due to a “potentially unexplained” illness in the UK, being probed as a side effect of the trial shot. The company said that the pause in testing was part of a “standard review process” and would allow for an evaluation of safety data.

And, scientists appear to have identified a major vulnerability in Thwaites, the “doomsday glacier” in Antarctica that is melting rapidly. A UK-US team that surveyed the seafloor has started publishing its research findings, showing the ocean channels through which warm water appears to be attacking the underside of the glacier as it sheds 80 billion tons of ice per year.

A global initiative could ensure equitable access to a COVID-19 vaccine. Can it work? 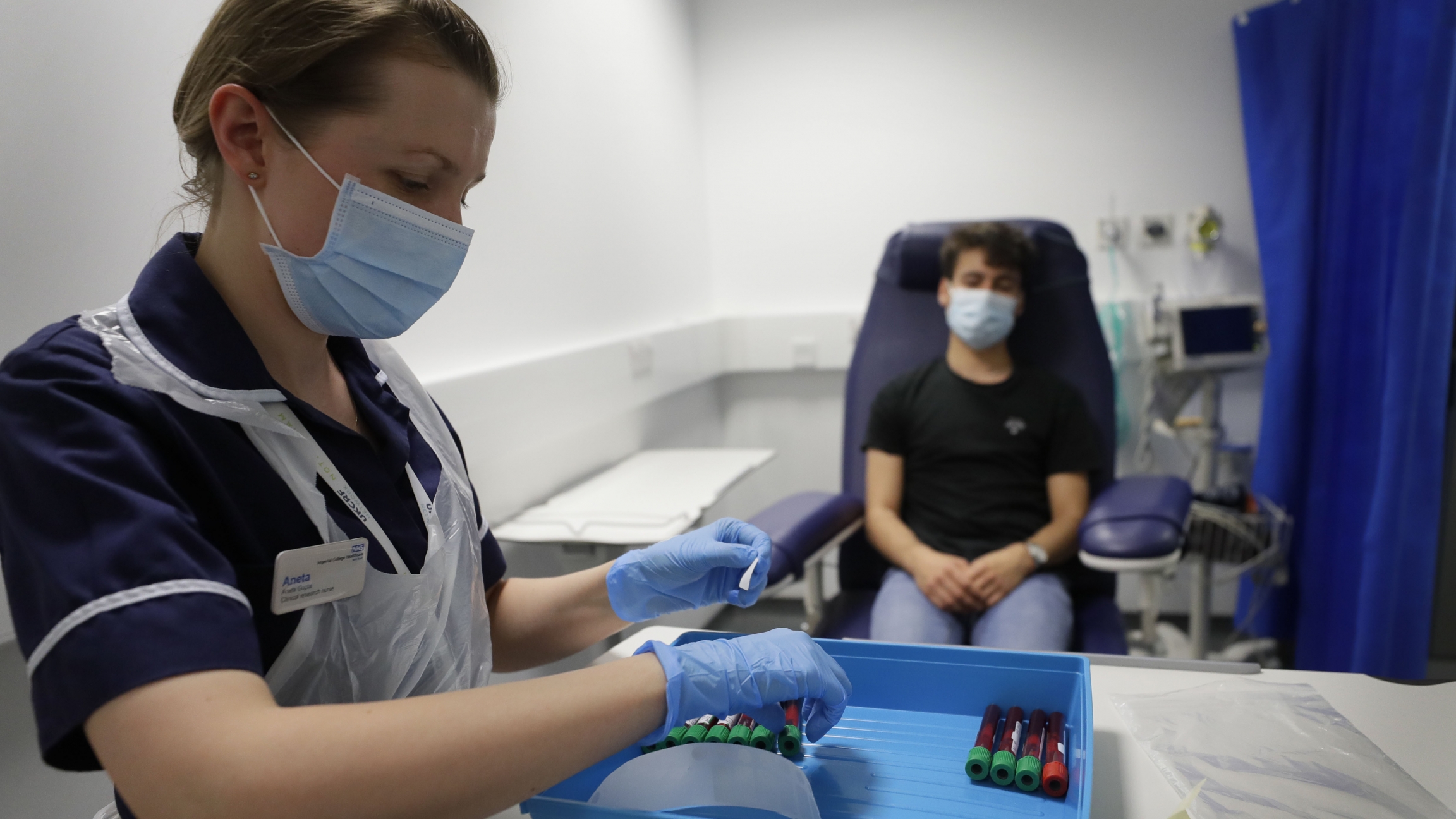 In the global race to develop a COVID-19 vaccine, clinical trials have ramped up in the US, UK, China and beyond. Researchers and pharmaceutical companies face growing political pressure to develop and distribute one soon. But when and if there is an effective vaccine, the supply could be limited. So, who gets it first?

That is a critical question playing out on the world stage in a pandemic that knows no borders. Some global health experts worry it’s a sign of “vaccine nationalism." In response, a group of international organizations has set up a new initiative called COVID-19 Vaccines Global Access Facility, or COVAX, to ensure fair and equitable access to COVID-19 vaccines. 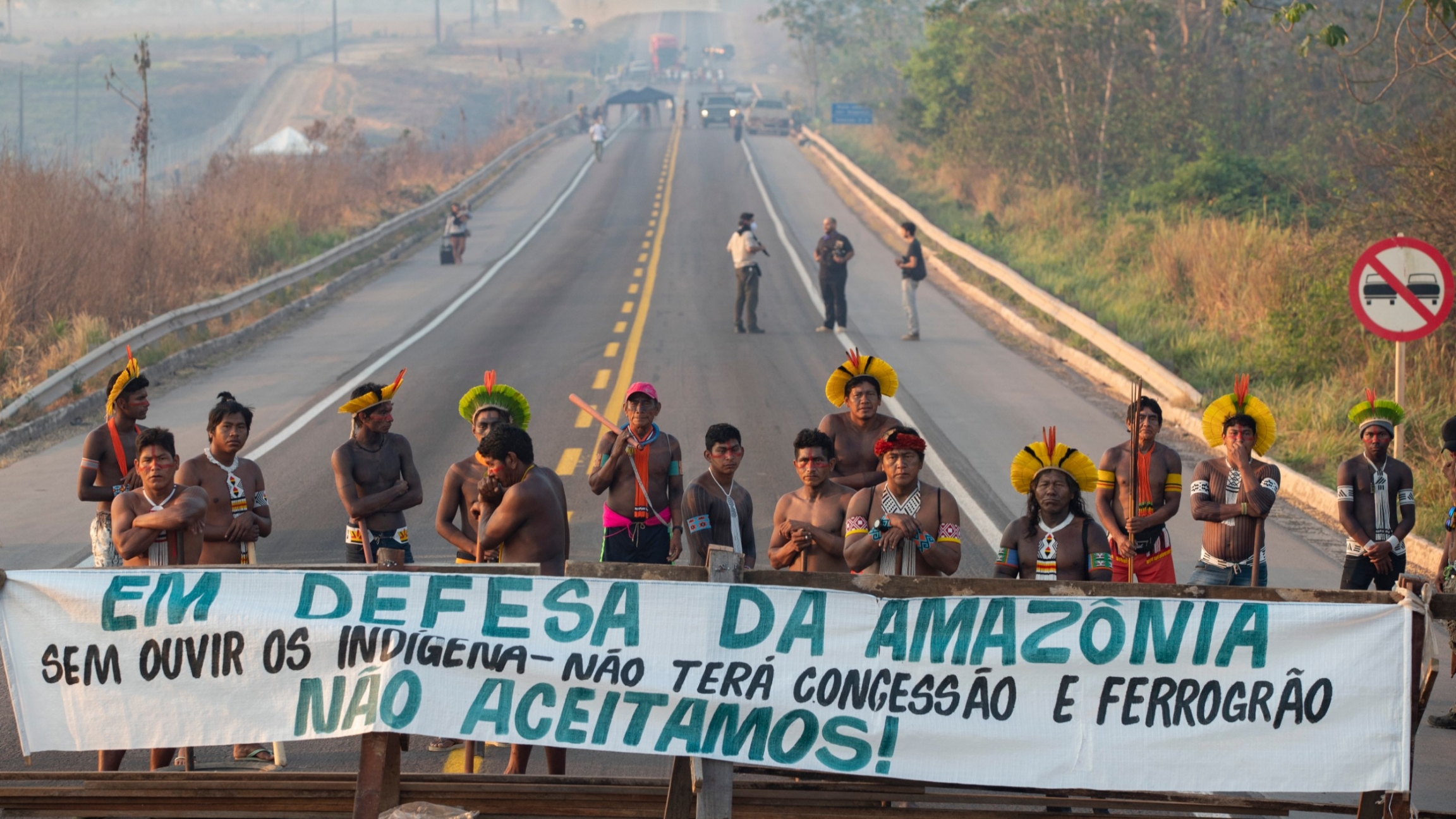 Kayapó Indigenous protesters block highway BR-163 with a banner that reads in Portuguese "Defending the Amazon. Without listening to Indigenous people, there will be no concession and nor grain railway," near Novo Progresso, Pará state, Brazil, Aug. 17, 2020.

What did I do during quarantine? 54 Machine-learning assisted portraits of the Roman Empire.

For this project, I transformed or restored (cracks, noses, ears etc.) over 800 images.https://t.co/yQWWIgfvjJ 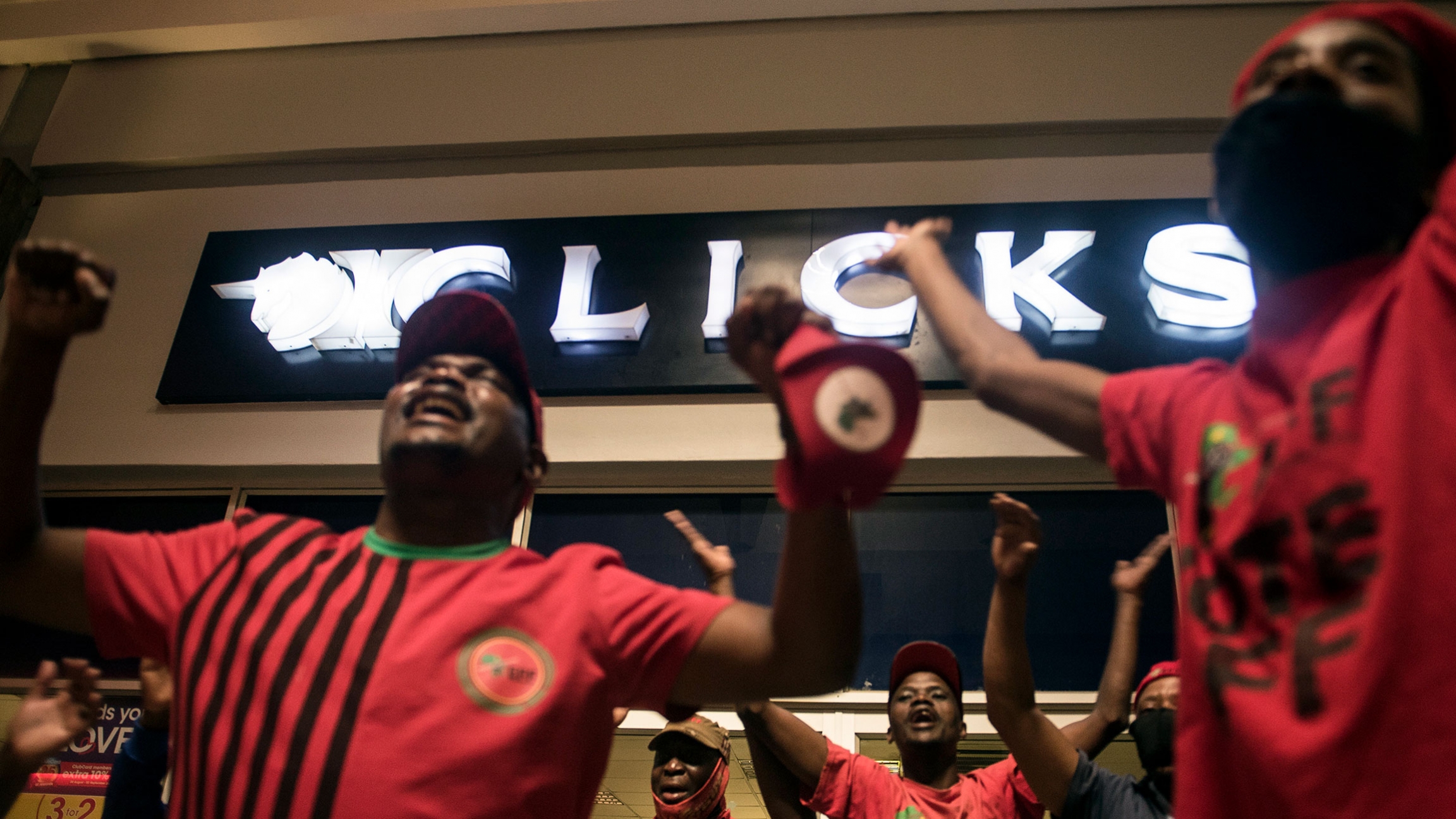 Economic Freedom Fighters (EFF) supporters protest outside a Clicks store in Soweto, Johannesburg, calling for closures after the chain store posted an advertisement on their website that negatively described natural Black hair, Sept. 7, 2020.

A hair advertisement depicting Black women's hair as "dully" and "damaged" has caused an uproar in South Africa. And, a new study finds that people in France who refuse to wear masks are more likely to be older, educated women. Also, summer is almost over, kids are heading back to school, and in Europe, politicians are back at the Brexit negotiating table.