It’s been about five months since I set foot in a bar. Like many of you navigating life in a pandemic, I miss bars. I miss the simple pleasure of sharing beer with friends. And I know I’m not alone.

People have been gathering over beer for thousands of years. As an archaeologist, I can tell you the history of beer stretches deep into the human past — and the history of bars is not far behind.

If you could travel back in time to one of the bustling cities of ancient Mesopotamia (just after 4000 B.C.), for example, you would have no trouble finding yourself a bar or a beer. Beer was the beverage of choice in Mesopotamia. In fact, to be a Mesopotamian was to drink beer.

For the Sumerians, Akkadians and Babylonians — the ancient inhabitants of modern-day Iraq — beer was a daily staple and an essential component of social life. It was a beloved beverage, celebrated in poetry and song.

But it was also recognized as a potent force whose consumption could prove risky. In Mesopotamian literature, drinking beer could lead to confusion, loss of control and poor judgment.

Beer was also known to produce unwanted physical effects, like a certain less-than-stellar feeling the morning after or an inability to perform sexually. Still, Mesopotamians continued to drink their beer with enjoyment and gusto. A common scene in the artistic record depicts a man and woman having sex, while the woman drinks her beer. 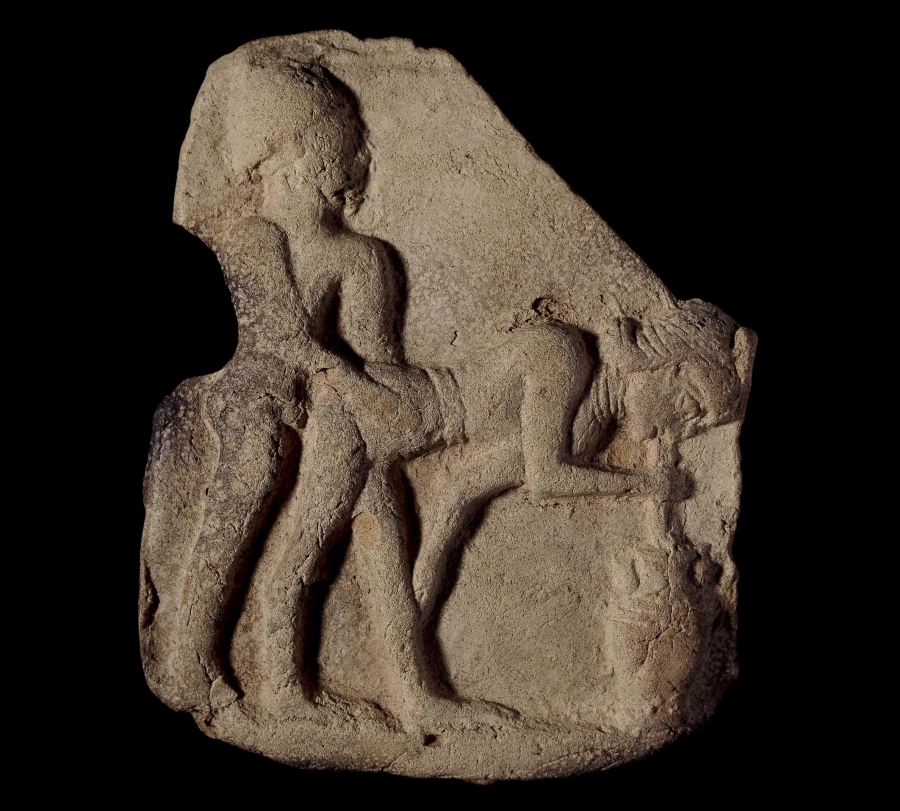 Clay plaque showing a man and woman having sex, while the woman drinks beer through a straw (Old Babylonian period, c. 1800 B.C.).

© The Trustees of the British Museum, CC BY-NC-SA

The key to this impressive example of multitasking was the humble straw. Typically, the straw would have been crafted from a hollow reed or, for the fancier set, bronze or gold. Numerous artistic renderings show one or more people seated genteelly by a pot, drinking beer through long straws. 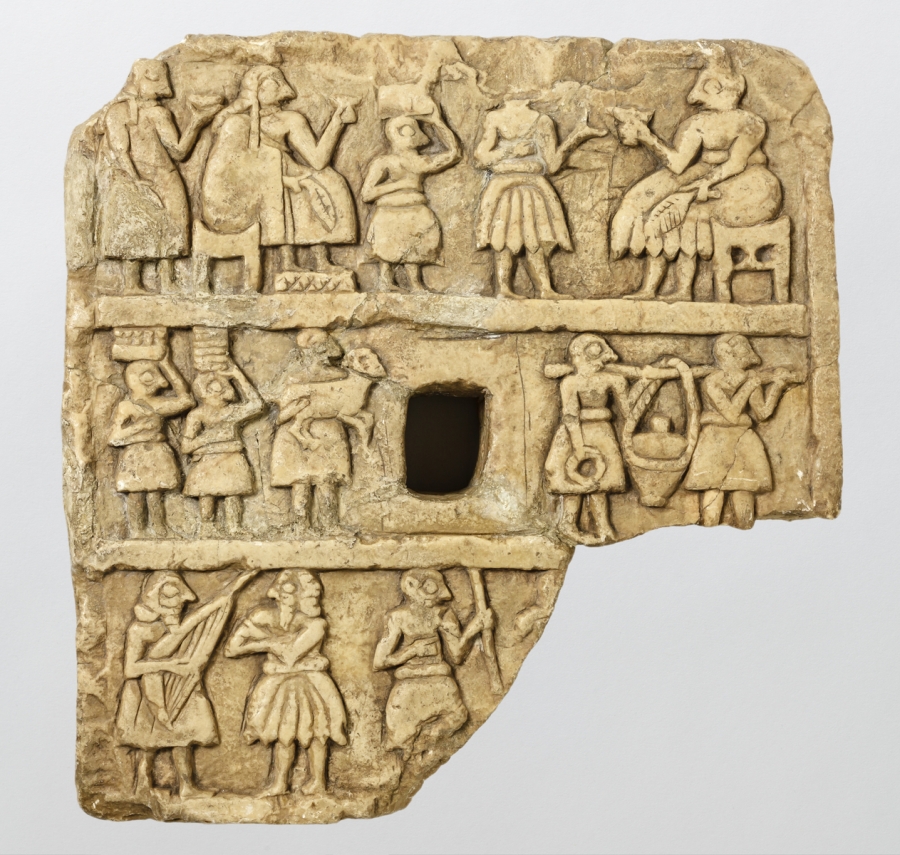 Courtesy of the Oriental Institute of the University of Chicago

Other renderings show banquet scenes, where attendees are surrounded by servants and drink from cups or goblets. The absence of straws makes it less certain these drinkers are consuming beer. It could be wine, for example. But it probably isn’t water.

These scenes offer a glimpse into the drinking world of the well-to-do. But people across the social spectrum enjoyed beer: rich and poor, male and female, young and old. Kings, queens, soldiers, farmers, messengers, carpenters, priests, prostitutes, musicians, children — everybody drank beer. They drank it at home, on the job, at feasts and festivals, in the temple and at the neighborhood tavern.

In the academic literature, there has been a persistent suggestion — well on its way to becoming an unquestioned assumption — that the beers of Mesopotamia were low or extremely low in alcohol content. This is, however, just an assumption.

Some of the beers of ancient Mesopotamia might have been “near-beers” with little discernible effect on the imbiber. But, the drinking of beer was also clearly recognized to lead to inebriation. I suspect the argument for low-alcohol beer in Mesopotamia has more to do with current, conflicted attitudes towards alcohol than any past reality.

What did the beers of ancient Mesopotamia taste like?

If you could somehow procure a taste of a 4,000-year-old beer (miraculously preserved in its original state of freshness) from, say, the city of Ur, would you enjoy the experience? Would you even recognize it as beer?

First off, let’s just banish all discussion of whether or not their beer was gross or nasty or otherwise unpleasant. They loved their beer. Enough said.

Like many beers enjoyed across the world today, theirs was built on a base of malted barley. And it could include date syrup, emmer wheat, and various roasted, toasted, or baked grain products. But Mesopotamian beer was not flavored with hops, and it was probably on the thick, porridgey side. Their beer certainly diverged from the hopped-up IPAs and crisp lagers of the 21st century. Exactly how much is difficult to say.

Since no one has yet unearthed that sample of 4,000-year-old beer, one of the best ways to gauge the character of Mesopotamian beer is to brew some yourself and give it a try. This is what archaeologists call experimental archaeology. Over the years, a number of different groups have sought to bring the beers of ancient Mesopotamia back to life.

No ancient brewing manual has yet come to light, but experimental brewers can turn to plenty of resources for guidance: the excavated remains of ancient brewing facilities and equipment, traces of beer preserved within ceramic vessels and thousands of cuneiform tablets featuring information about beer and brewing. 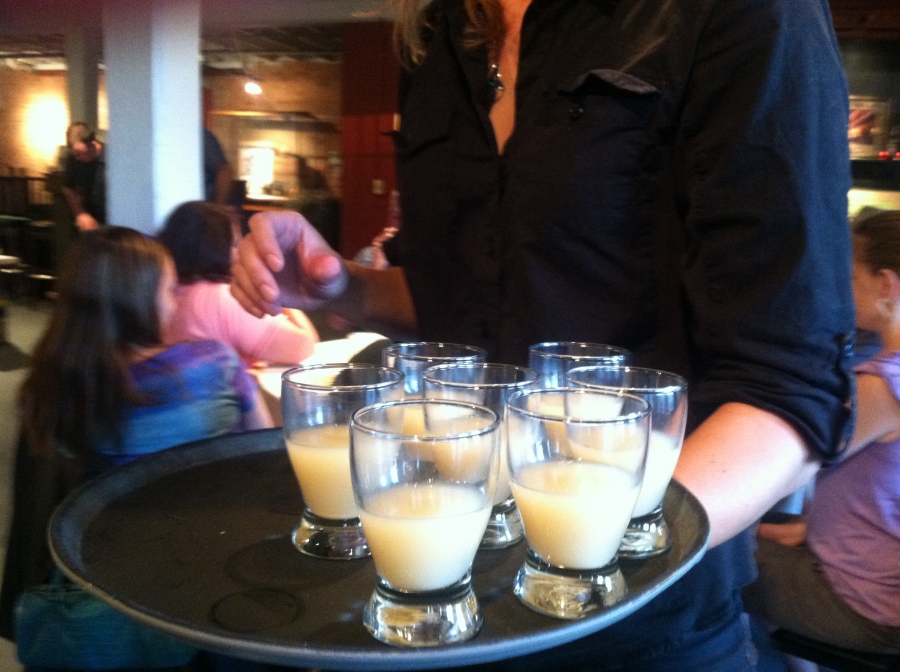 Serving up a taste of the past. Great Lakes Brewing Company, Cleveland, Ohio, 2013.

I myself have been involved with a collaborative effort joining the University of Chicago’s Oriental Institute and Great Lakes Brewing Company. Many intrepid tasters have sampled our Gilgamash and Enkibru, two experimental brews named after the famous adventuring duo, Gilgamesh and Enkidu. Assessments have generally been positive. The Enkibru (the more authentic of the two) is flat, lukewarm, sour, milky-looking and sometimes a bit cloying. But it’s also intriguing and, in our version, yes, intoxicating.

Peering down into the murky liquid, bits of grain husk floating on the surface, taking a good long sip through a reed straw and feeling that alcoholic punch hit you — it feels a little like stepping into a time machine. Our experimental recreation is far from perfect, but it provides a unique kind of sensory connection with the past. 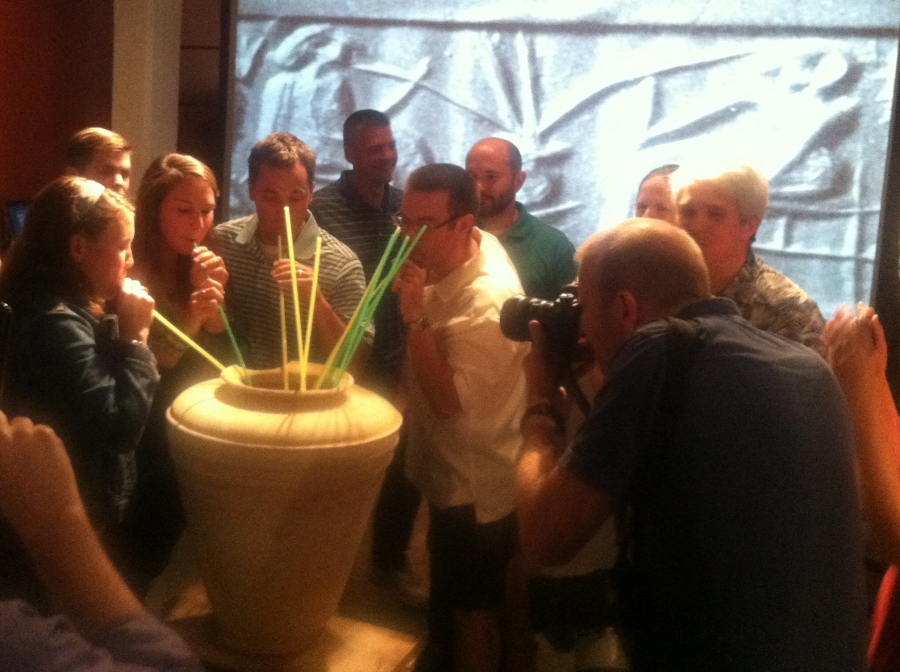 I like to think the beer aficionados and bar flies of ancient Mesopotamia, who themselves were no strangers to epidemics, might genuinely sympathize with the challenges of 2020. But I wonder what they would make of our beer, the beer of the future.