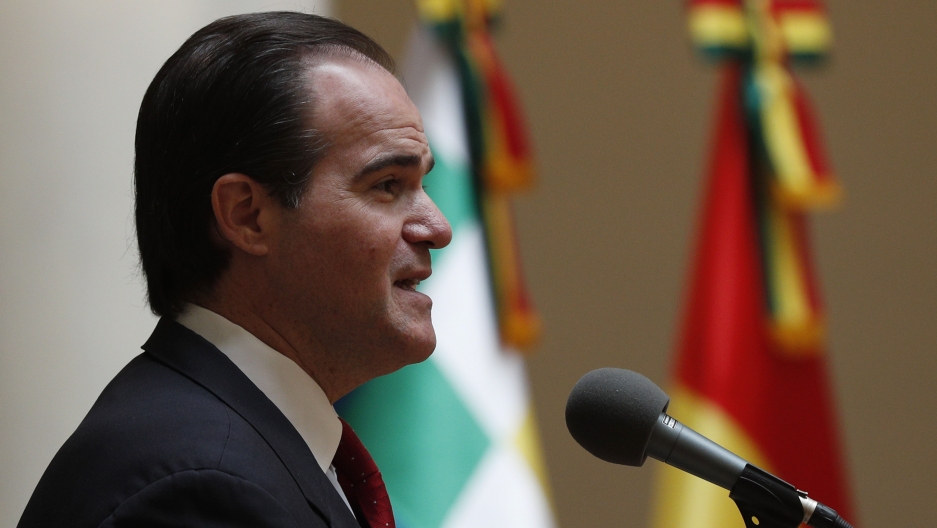 The board overseeing Latin America and the Caribbean’s most important development bank is set to vote for a new president this weekend, amid controversy surrounding a candidate nominated by the Trump administration.

The election could embroil the Inter-American Development Bank in its most heated succession contest ever. The bank loans more than $13 billion every year to fund social and infrastructure projects across the continent and will play a key role in funding the region’s economic recovery from the pandemic.

The White House’s pick, Mauricio Claver-Carone, an adviser to President Donald Trump on Western Hemisphere affairs, appears to be the frontrunner ahead of a virtual vote scheduled for Saturday and Sunday, according to news reports. His nomination raised objections from five former Latin American presidents, as well as diplomats and economists outside the bank, because it would break a six-decade tradition of Latin American leadership over the institution.

Argentina has nominated Gustavo Beliz, a former longtime bank staffer and current adviser to Argentina’s president. Costa Rica had nominated Laura Chinchilla, who served as the country’s president from 2010 to 2014, though she withdrew last week.

The bank’s four presidents, since its founding in 1959, have been from Latin American countries. According to economists, it's a means to balance power in an organization that primarily serves that region but is headquartered in Washington, and whose largest shareholder is the United States. Argentina, Chile, Mexico and the European Union have called for the bank’s election to be postponed. The Trump administration wants it to be held as scheduled.

“We don’t want to be telling other countries what they need to do. We want to sit down with them and talk about what we all need and should do. It’s a better statement of diplomacy.”

“We don’t want to be telling other countries what they need to do,” former US Trade Representative Carla Hills told The World. “We want to sit down with them and talk about what we all need and should do. It’s a better statement of diplomacy.”

Claver-Carone previously worked at the US Treasury Department and as a US representative to the International Monetary Fund. He lobbied for the US to continue its embargo against Cuba as recently as 2016.

“This election would’ve been more routine if they had chosen a Latin American nominee who was qualified,” said Mark Feierstein, who served as an adviser on Western Hemisphere affairs to former President Barack Obama. “If you look at the previous people who’ve led the bank, they’ve been prominent economists, prominent ministers in their government, people with real weight, but also pragmatists.”

The Trump administration had twice nominated Claver-Carone for vice president of the bank, and was rejected both times by the bank’s current president Luis Alberto Moreno, said Jacques Rogozinski, a Mexican economist and former senior staffer at the bank.

As for why Claver-Carone was rejected, Rogozinski said, “I cannot speculate why. ... But this is the part that, at least according to me, is creating this whole situation.”

The vice president position has traditionally been reserved for a US nominee, so it’s likely the Trump administration is nominating Claver-Carone to head the bank because he was turned down for the lower position, Rogozinski said.

“My take is that it was seen by the US government as breaking an unwritten rule,” Rogozinski said. “So, if one rule was broken, why not two?”