For 61 days straight, Bulgarians have gathered on the streets of Sofia, the capital, chanting one word over and over: “Ostavka, Ostavka.” It means “Resignation, Resignation.”

They’re calling on Prime Minister Boyko Borisov, along with his government and the country’s chief prosecutor, Ivan Geshev, to stand down.

Valentina Dolmova, 32, is among the protesters most nights. The organizational psychologist, who often attends the marches with her mother, Tatyana, says she feels an obligation to be there.

“I don't have a moral alternative. This is a sacrifice that you have to do. Otherwise, you basically settle for something that's immoral." 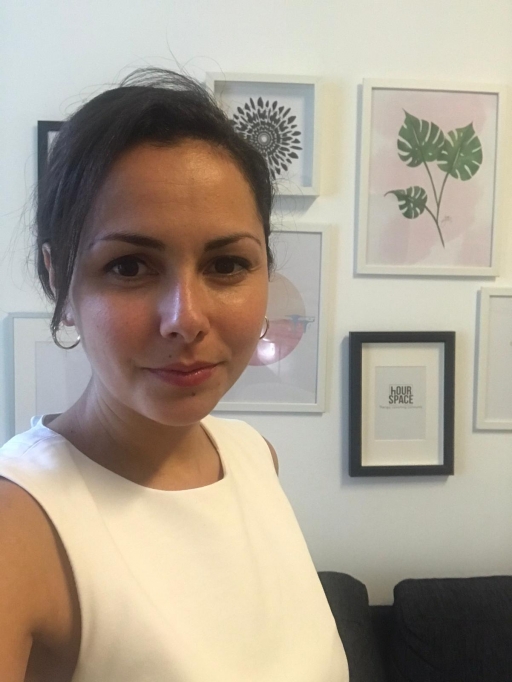 Valentina Dolmova, 32, an organizational psychologist in Sofia, Bulgaria, has chosen to participate in anti-government protests because she doesn't "have a moral alternative."

“I don't have a moral alternative. This is a sacrifice that you have to do. Otherwise, you basically settle for something that's immoral. That's how I see it," she says.

The nightly demonstrations began in early July, triggered by a heavily armed police raid on the offices of staff linked to the country’s President Rumen Radev. The president is a vocal critic of Borisov and openly disapproved of the appointment of chief prosecutor Geshev in 2019.

Protesters say the raid was a deliberate attempt to delay investigations into corruption by the country’s political elite. Leaked audio recordings of Borisov crudely mouthing off about a political colleague also stoked anger. Around the same time, there was also a photo that circulated online of Borisov lying across a bed, a gun at his side and a drawer overflowing with cash nearby. But the prime minister says the picture was photoshopped.

Allegations of corruption have dogged Borisov’s government for years. Bulgaria is ranked as the most corrupt country in the European Union by Transparency International. The judiciary has come under intense criticism, too, for its failure to prosecute those involved in fraudulent practices.

Petar Cholakov, associate professor with the Institute of Sociology at the Bulgarian Academy of Sciences, says the public is exhausted with the litany of revelations of underhand behavior by those in power.

“People are fed up with corruption. Fed up with duplicity, fed up with Prime Minister Borisov’s actions," Cholakov says.

Corruption runs deep in Bulgarian society, according to Cholakov, and ordinary citizens fall into the trap, too. If asked for a bribe, they're prepared to give it because they think that nothing else is going to solve the problem, he says. Public hospitals are not immune either.

“Conditions, especially in public hospitals, are not particularly nice and people are prepared to give money to doctors and nurses to help them get an urgent operation or whatever,” Cholakov says.

Citizens have also asked questions about where EU funds intended to improve public services in Bulgaria have ended up, according to Dimitar Beshev, lecturer on Eastern Europe and Russia at the University of North Carolina, Chapel Hill.

Beshev, who is Bulgarian, says EU money appears to have been redistributed in a less than transparent fashion. EU leaders, however, have remained largely silent since the protests began. Beshev says it comes down to the canny way Prime Minister Borisov operates. Unlike Hungary’s Viktor Orbán or Poland’s Andrzej Duda, Borisov maintains generally cordial relations with most of Europe’s heavy hitters.

The flipside, says Beshev, is that Borisov expects no questions asked about what’s really happening inside Bulgaria.

Krassimir Kanev, the co-founder of the Bulgarian Helsinki Committee, a human rights nongovernmental organization, agrees. He says it’s also important to bear in mind that Borisov’s party, Gerb, is aligned to the European People's Party, the largest political grouping in the EU parliament.

Kanev and his organization have been outspoken about the failures of Borisov’s government and deficiencies within the justice system and have found themselves threatened with closure as a result. Kanev says his own staff has often felt intimidated by the attacks. Verbal abuse is regularly meted out by journalists working with state-owned media, he says. 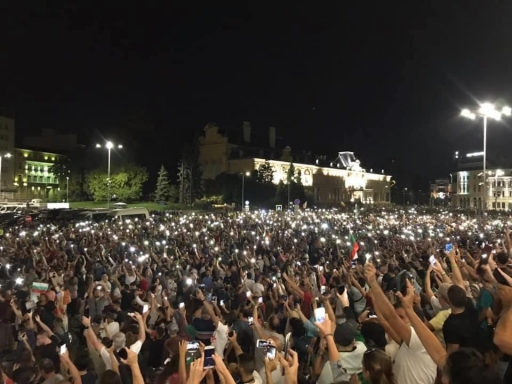 Protesters have gathered in Sofia, Bulgaria, for over two months, demanding the resignation of Prime Minister Boyko Borisov and chief prosecutor, Ivan Geshev.

Weeks into the protests, Borisov indicated he would step down but he has since rescinded that offer. Dimitar Beshev believes the prime minister will now do all he can to stay in office until elections next year. Krassimir Kanev says Borisov may be fearful of an investigation if he does resign early.

That's what happened five years ago when he temporarily lost power, Beshev says. "He was immediately investigated," he says.

But in a bid to appease public anger, Borisov reshuffled his cabinet and offered to overhaul his country’s political system through constitutional changes. But opposition politicians say the proposed changes are cosmetic and don’t address the public’s real concerns.

And the protests — which turned violent last week — continued.

Protester Valentina Dolmova worries that Borisov will cling to power until next year, too. She says nothing will appease the demonstrators now except for his immediate resignation and that of the government.

“It's not a question about whether or not he's going to stay, it is about when exactly he goes," she says. And our fight has turned into — it needs to be now. Now."

Even if Prime Minister Boyko Borisov resigns, not everyone is convinced this will mark the end of his political career.

Borisov has actually been forced out of office twice before, Cholakov says. And both times, he managed to make his way back.

“He’s like a cat with nine lives,” Cholakov says, “and I’m not sure he has used them all up just yet.”