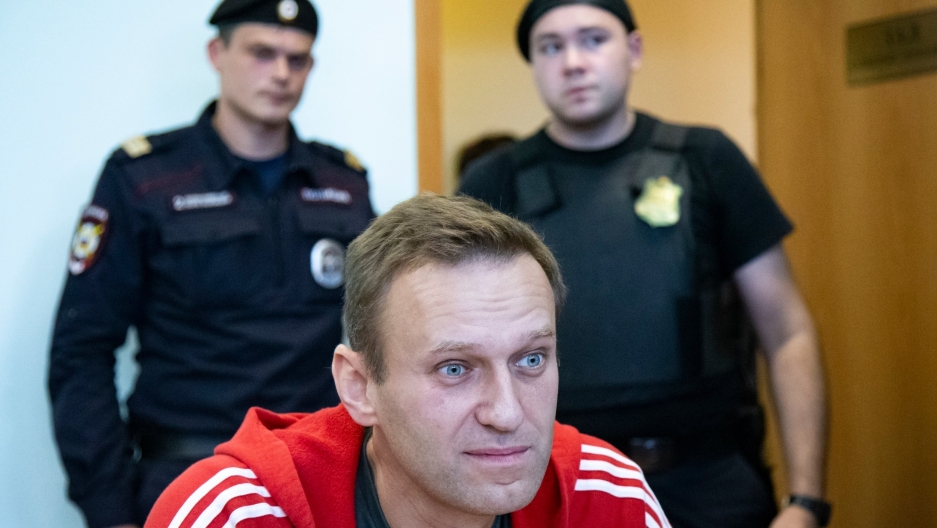 In this file photo taken on Thursday, Aug. 22, 2019, Russian opposition leader Alexei Navalny speaks to the media prior to a court session in Moscow, Russia.

Russia has rejected the German government’s statement that Russian opposition leader Alexei Navalny was poisoned by Moscow. A Kremlin spokesman said Thursday that the West should not rush to blame Russia for the crime, as pressure built for a punitive NATO or EU response, including potential reconsideration of the Nord Stream 2 gas pipeline project.

The official denial came a day after Germany’s chancellor, Angela Merkel, said Navalny was given Soviet-style nerve agent Novichok in an attempt to take his life.

Navalny was airlifted to Germany last month days after collapsing on a domestic Russian flight. During a visit to Siberia, he had consumed a cup of tea that his allies say was laced with toxins. He remains in a medically induced coma in intensive care at the Charité hospital in Berlin.

US Secretary of State Mike Pompeo on Wednesday announced aggressive sanctions against top International Criminal Court (ICC) officials, in what is seen as an attempt to deter investigation into alleged war crimes by US military leaders. The two individuals named were ICC Chief Prosecutor Fatou Bensouda and Head of the Jurisdiction, Complementarity, and Cooperation Division Phakiso Mochochoko. The ICC rejected the measures by Washington as “unprecedented” and “coercive acts.”

Torrential rain and heavy winds hit much of the Korean peninsula Thursday as Typhoon Maysak made landfall. The storm arrived as damage from a prior typhoon was still being fixed and as a third typhoon appeared to gather strength off the coast. The southern resort island of Jeju reported 39 inches of rain in the last two days. The Japanese Coast Guard rescued a lone survivor from a cargo ship that went missing during the typhoon with more than 40 people and 6,000 cattle aboard.

Meanwhile, Nana strengthened into the fifth hurricane of the 2020 Atlantic season and made landfall in Belize before weakening to a tropical storm early Thursday. It was heading across Guatemala toward the border with Mexico. 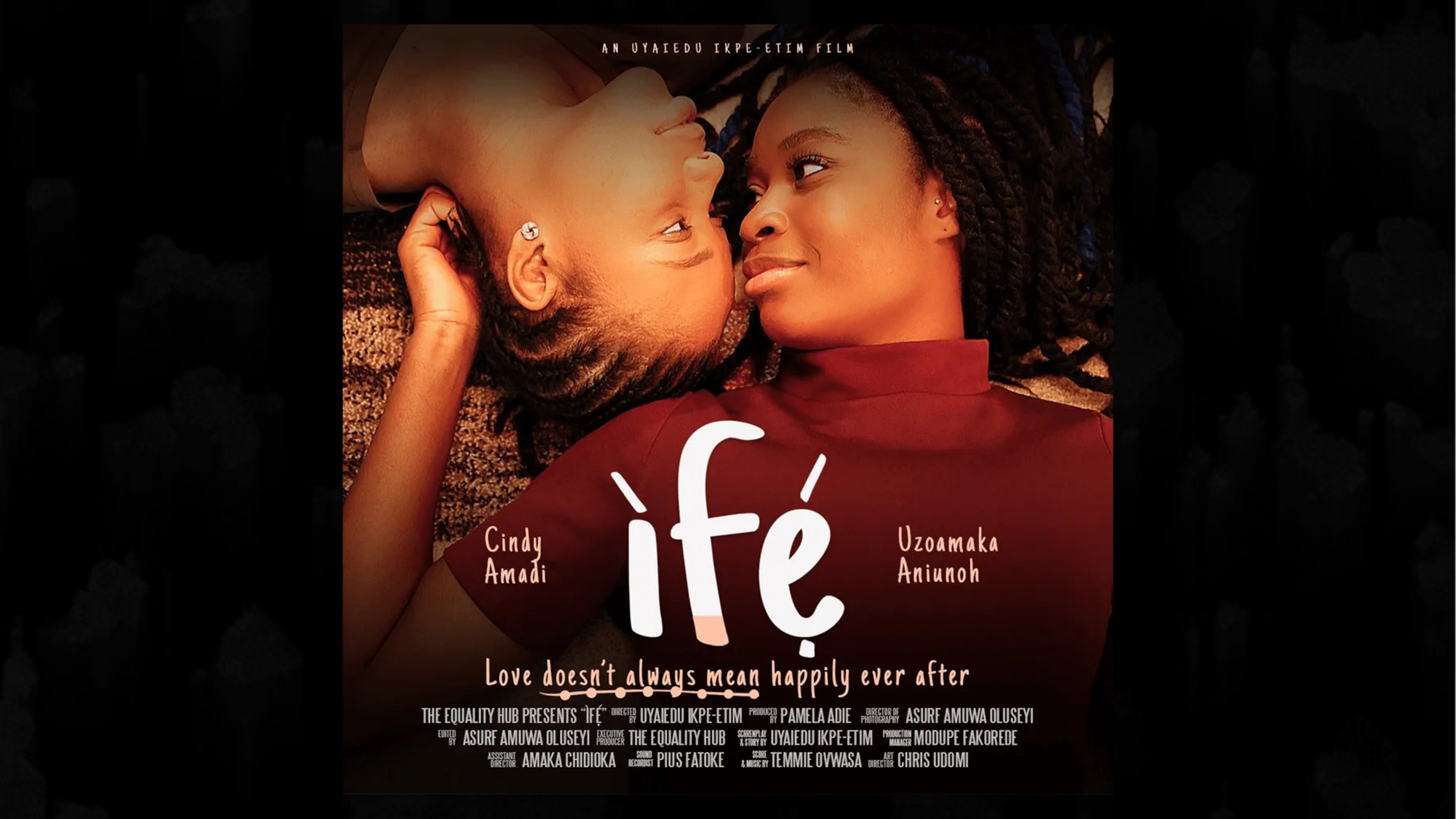 Courtesy of The Equality Hub

A romantic exchange for a same-sex couple may not turn heads in Hollywood. But in Nigeria, where under the Same-Sex Prohibition Act, queer Nigerians face up to 14 years in prison for showing affection in public, a new film is breaking boundaries. Upon release, “Ìfé,” one of the newest Nollywood films, is set to be the country’s first positive love story made by queer women about queer women. 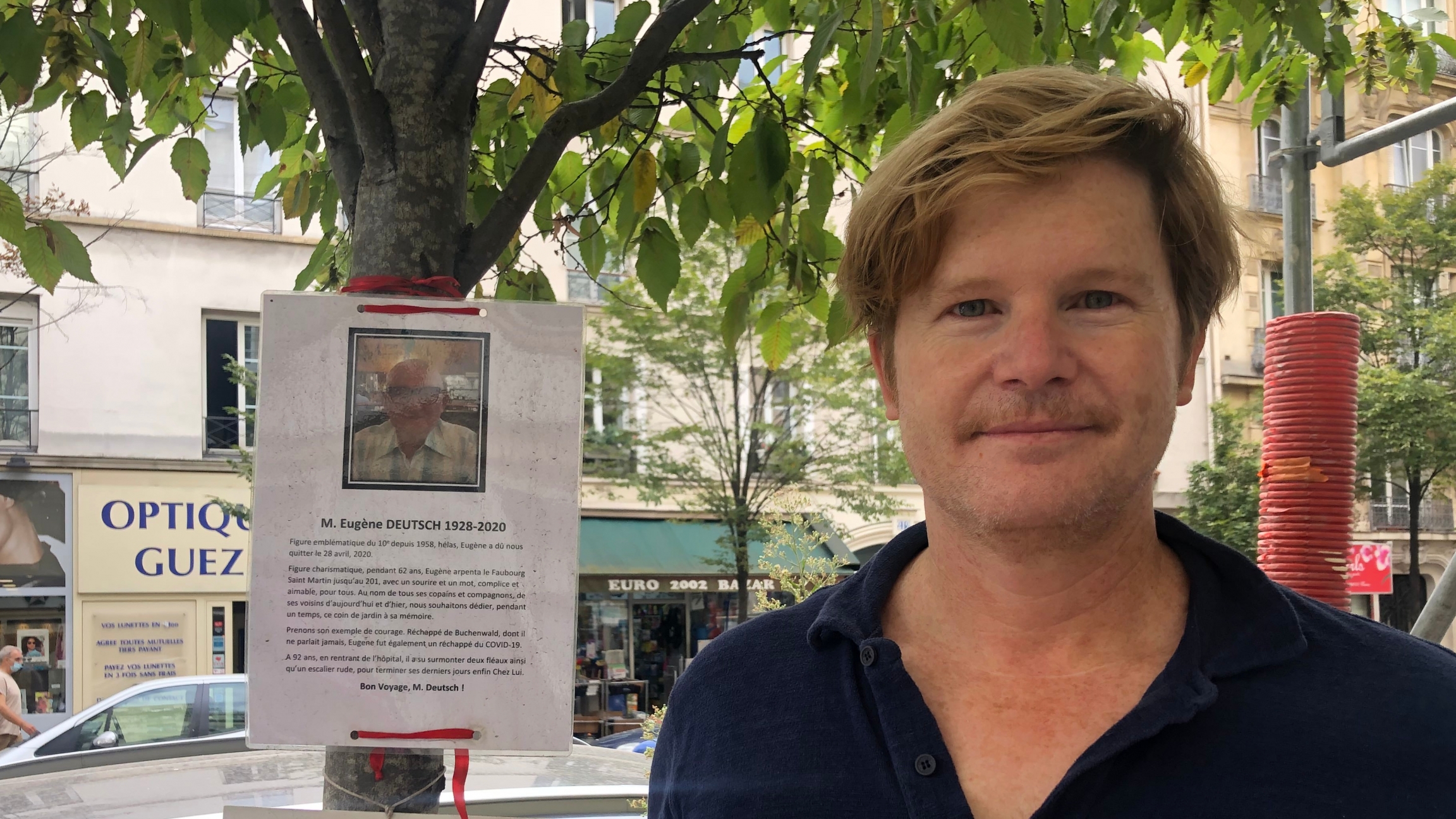 James Smurthwaite stands next to the obituary sign he made to honor his late neighbor Eugene Deutsch.

Eugene Deutsch, a 92-year-old man who had survived the Holocaust, then a bout with COVID-19, was a neighborhood figure known for making the daily rounds at local cafés and bakeries. He died alone in his apartment during the lockdown in Paris. The World's Rebeca Rossman brings a remembrance of Deutsch, who lived in the same Paris neighborhood for more than 60 years.

After World War II came to an end 75 years ago, millions of servicemen came home to the US, and so did thousands of military dogs from K-9 units deployed around the world. Now, a new illustrated children’s book, titled “Major: A Soldier Dog,” brings the little-known story of the US War Dog program. Author Trevor Jones tells the life story of Major, a dog trained in Fort Robinson, Nebraska, after being donated by his owner Sid Moore. Like Major, nearly all dogs in the program were donated by their owners. By the end of WWII, about 18,000 dogs were used. The animals were trained to get used to gunfire and violence and perform jobs as sentries, scouts, messengers or sled dogs. 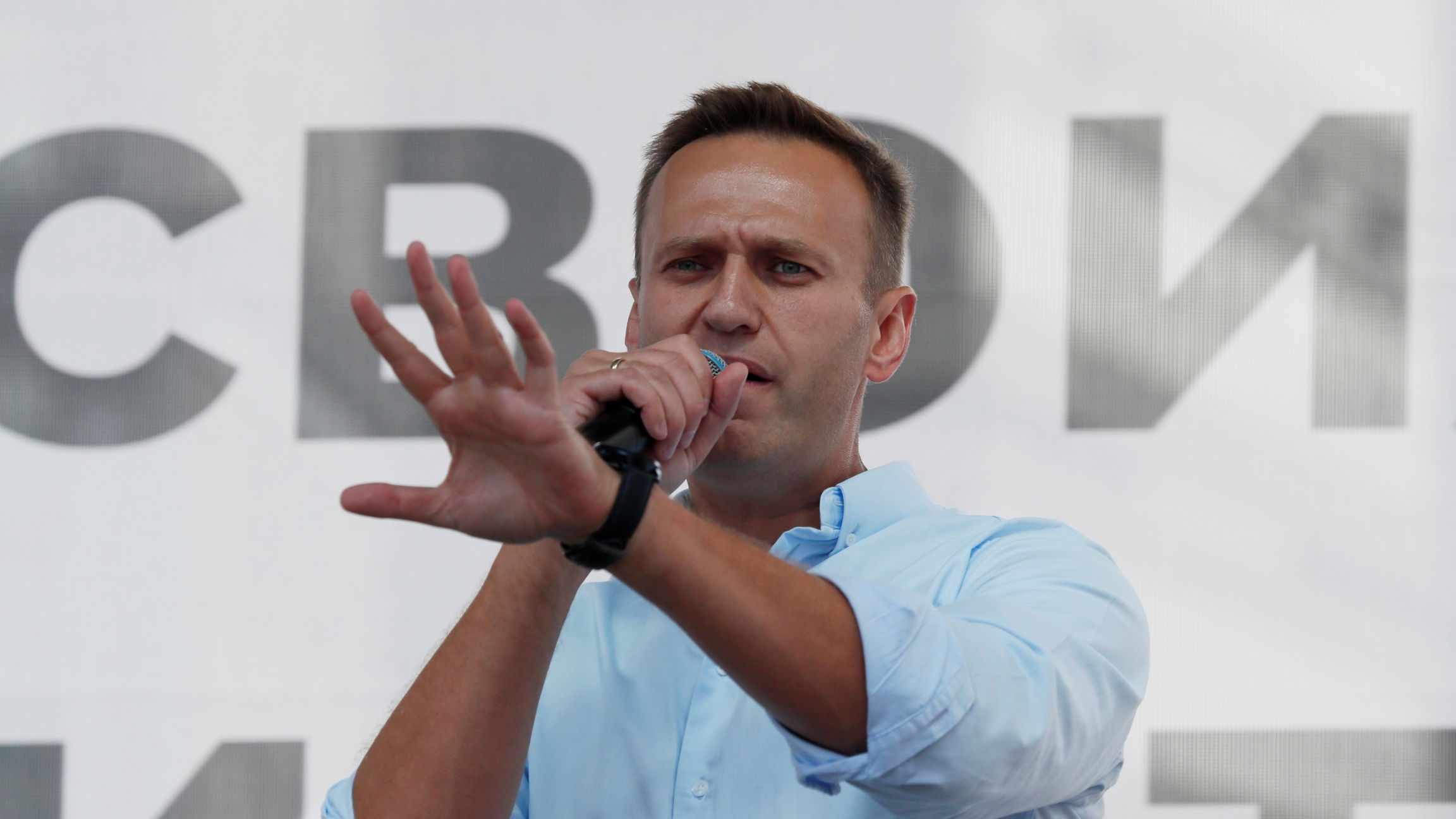 Russian opposition leader Alexei Navalny addresses demonstrators during a rally in support of independent candidates for elections to Moscow City Duma, the capital's regional parliament, in Moscow, Russia, on July 20, 2019.

The German government says that Russian opposition leader Alexei Navalny was poisoned by Novichok — a Soviet-era nerve agent. Plus, a textile company in Ghana produces vibrant patterns with pandemic motifs. And, it's the 75th anniversary of the end of World War II today. We hear a story about service dogs who worked with Allied forces during the war.