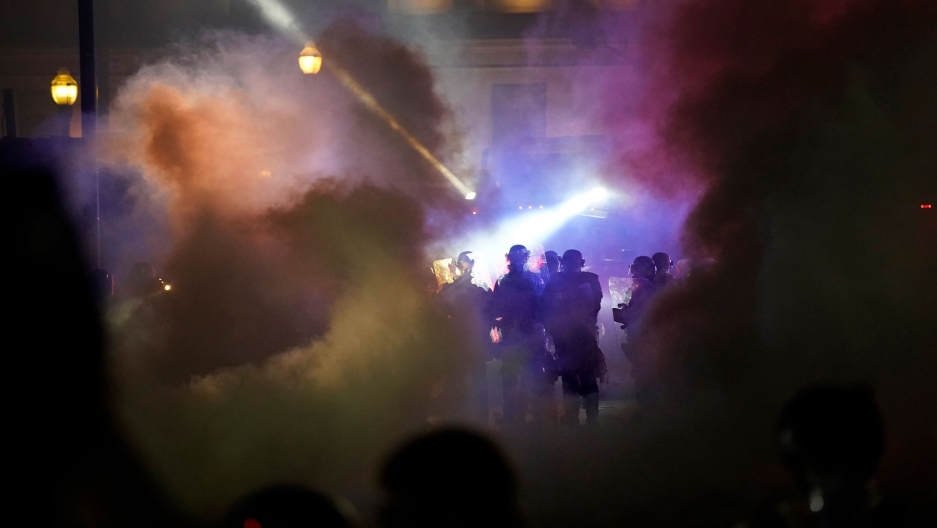 Police in riot gear clear the area in front of Kenosha County Courthouse during clashes with protesters in Kenosha, Wisconsin, Aug. 25, 2020.

International attention has again turned to an explosive racial incident in the United States, as a mixture of protests, violence and destruction erupted for a third night following a police-involved shooting of Jacob Blake, a 29-year-old Black man, in Kenosha, Wisconsin.

Two people were killed just before midnight in the area where demonstrations have taken place near a courthouse. Kenosha County’s sheriff attributed the shootings to armed vigilantes.

Lawyers for Blake’s family have said he is now paralyzed and will need a “miracle” to walk again, after he was shot several times by law enforcement, including once in his spinal cord. Blake’s mother told a press conference on Tuesday that her son was “fighting for his life.”

The US has been struggling to address treatment of Black Americans by police and broader systemic racism in society. The shooting of Blake comes after months of protests around the world following the death of George Floyd, a Black man in Minneapolis, Minnesota, who was killed by a white police officer. There was an open arrest warrant for Blake on domestic abuse and sexual assault charges at the time he was confronted on Sunday.

Israeli helicopters attacked observation posts in Lebanon belonging to the militant group Hezbollah, following gunfire toward Israeli troops in an overnight flare-up in violence. Israel had been awaiting possible revenge after its airstrike killed a Hezbollah fighter last month. But in this latest exchange, no casualties were reported by either side. The escalation comes as tensions have also risen between Israel and Hamas, with aerial bombings of the Gaza Strip responding to incendiary balloon launches across the border.

Meanwhile, in Afghanistan, flash floods killed more than 70 people in the city of Charikar, in Parwan Province, north of the capital. Homes were filled with water during heavy rains overnight, catching residents by surprise and leaving a trail of bodies, mud and destroyed houses.

And North Korea braced for the likely arrival on Thursday of Typhoon Bavi, threatening to unleash high winds and torrential rains on a country already battered by severe flooding earlier this month. And in the US, Hurricane Laura was expected to make landfall, pummelling the coasts of Texas and Louisiana with a “potentially catastrophic” storm surge Wednesday evening. 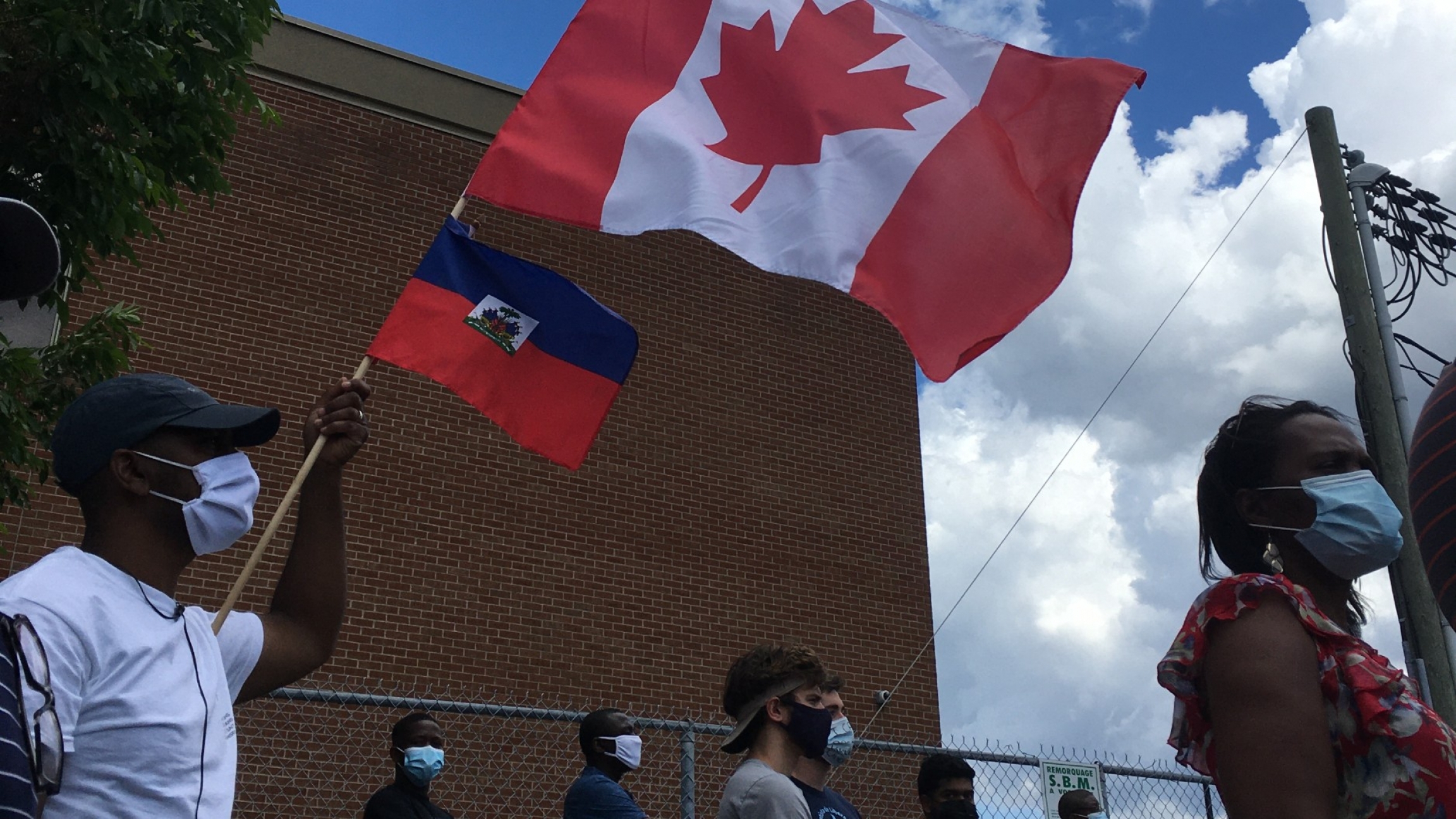 With Canadian and Haitian flags hoisted, marchers take part in demonstration in support of asylum-seekers working in Quebec's long-term care homes in Montreal, Canada, in June.

Earlier this month, Canada’s immigration minister Marco Mendicino announced that the country will grant permanent residency to some asylum-seekers who have been working in institutions hit hardest by the COVID-19 pandemic: hospitals and long-term care homes.

Those who can prove their eligibility based on labor status will receive permission to stay in Canada — whether or not their asylum claim would eventually have been accepted.

Pets stranded during the pandemic await reunions with their families 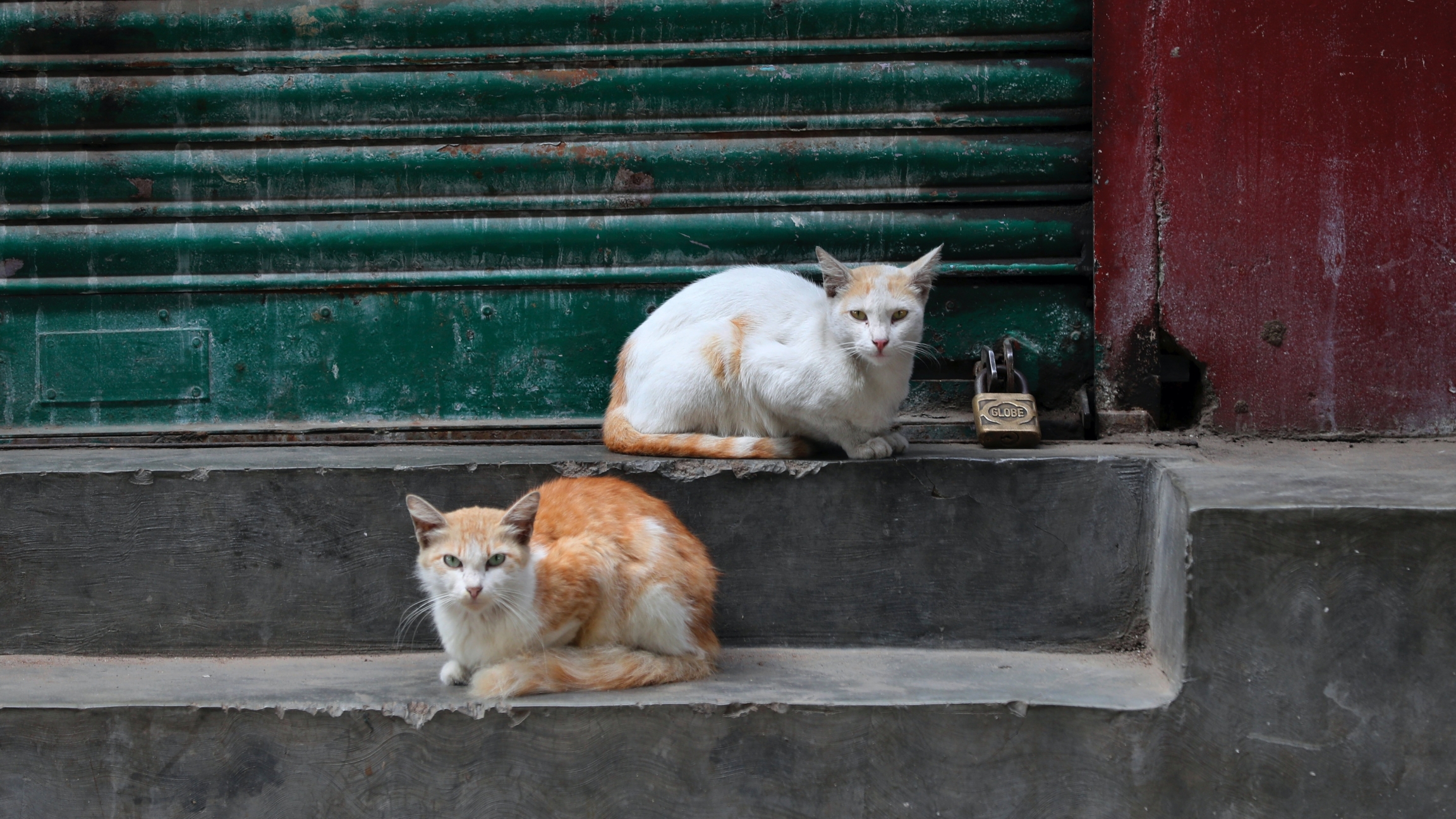 Cats rest outside a closed shop in a containment zone during a coronavirus lockdown in Bengaluru, India, July 5, 2020.

The situation for furry friends has improved as airlines slowly increase the number of flights and some nations reopen their borders. But transporting house pets during this time is still very challenging. 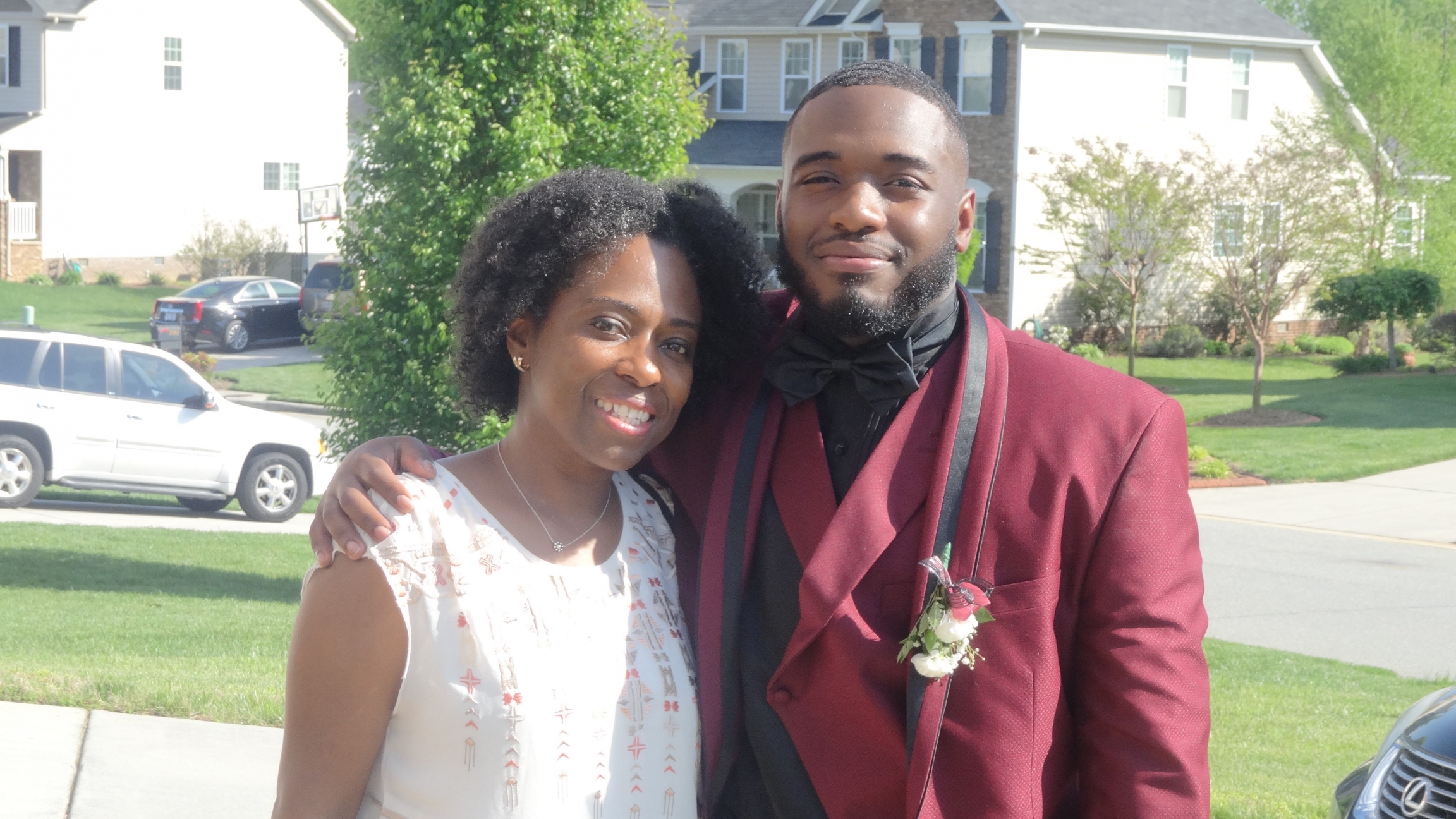 Nodia Mena and her son, Brayan Guevara, talk about everything, but especially race and politics.

Nodia Mena is Afro Honduran and moved to the US nearly 30 years ago. She left Honduras when she was 19, but was able to vote for the first time before leaving. She said the lack of change in her country led her to not take voting seriously. But that changed after seeing the enthusiasm toward politics in 1992.

A video of 11-year-old Anthony Mmesoma Madu practicing ballet barefoot on wet concrete in Nigeria gathered more than 20 million views on social media. Madu’s performance also earned him a ballet scholarship with the American Ballet Theater in the US. Madu has a summer scholarship that could continue into the fall, though instruction for now is virtual.

FACTS ABOUT OUR PROGRAM. Behind those fanciful in class beauty and costumes are lots and lots of backstage hard work. With very little or no resources our kids are training to be the best they can. This is not to bring down anyone but to show their high level of dedication and committments to our program. Who wouldn't be proud of them? What teacher wouldn't pray for students who shows/comes to class with so much desire to learn? Kids who are ready to dance with or without conditions. Imagine what more we could achieve if we have more?🙂 DMs for more information. #leapofdanceacademy #covid19 #donation #vocational #nigerianballetschool #travelingtutusincnigeria #danceacademy #danceeducation #weloveyou #growth #weloveourpartners #yeswecan #dancing #learning 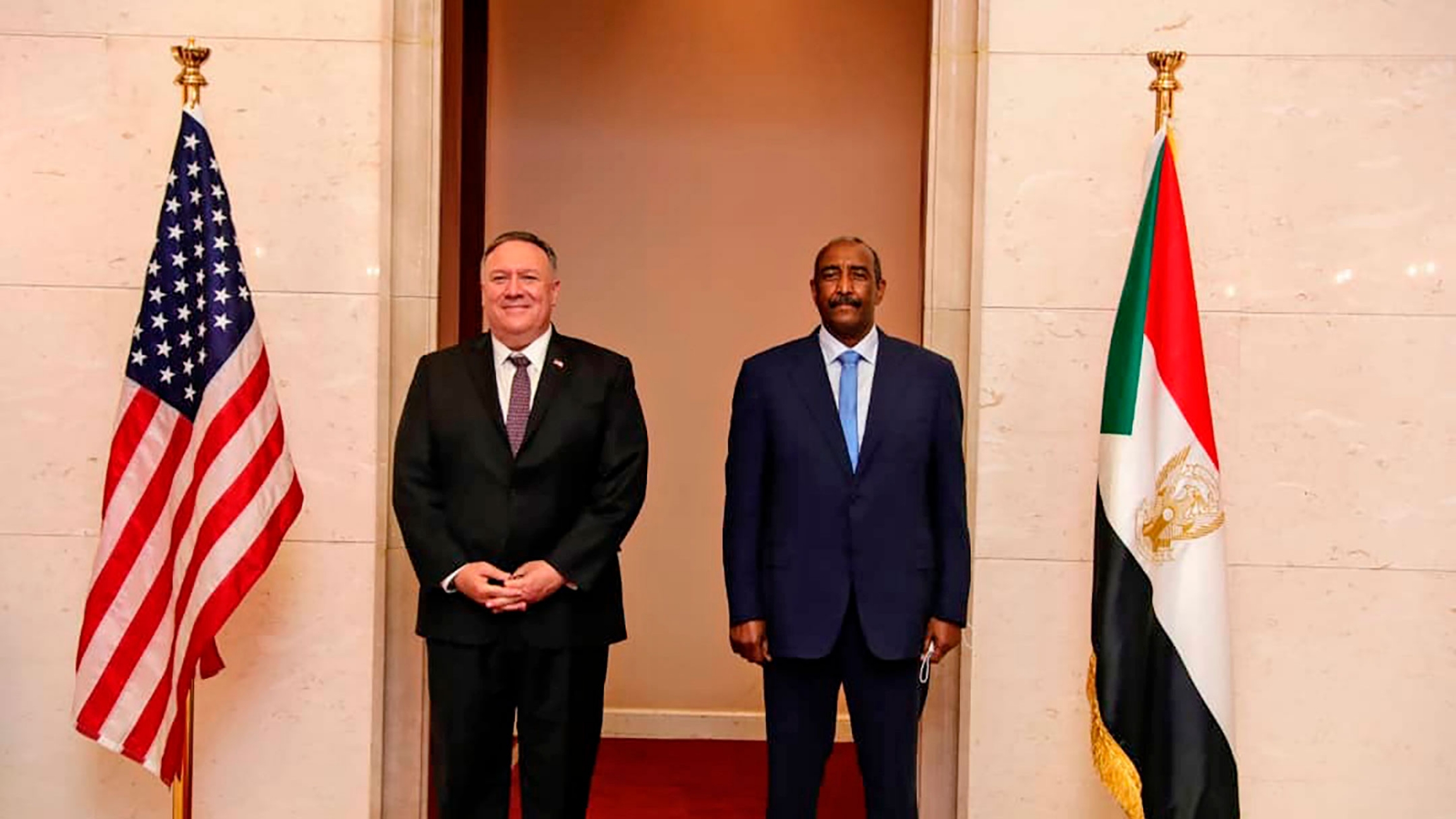 US Secretary of State Mike Pompeo continued his tour of the Middle East and North Africa, arriving in Sudan on Tuesday to discuss "deepening the Sudan-Israel relationship” and the potential removal of Sudan from the US State Department’s State Sponsors of Terrorism list. And, 20 years ago, the US resettled thousands of the persecuted Somali Bantu minority group. Now, many are being deported back to Somalia, where they face torture, extortion and discrimination. Also, the Indian Institute of Technology Bombay in Mumbai held a virtual convocation on Sunday where each student had an animated avatar they could watch "receiving" their degree on stage through an app.