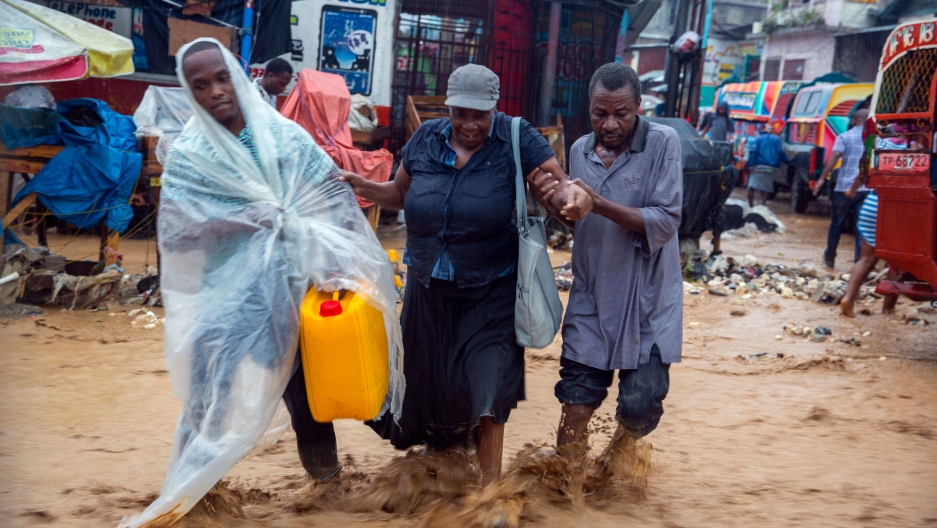 People wade through a flooded street during the passing of Tropical Storm Laura in Port-au-Prince, Haiti, Aug. 23, 2020.

Tropical Storm Marco brought a surge of high water to the Louisiana coast on Monday as a second storm, Tropical Storm Laura, enter the Gulf of Mexico with a trajectory toward the same stretch of US coast later in the week.

People along the Gulf Coast braced for a history-making onslaught from the twin storms, with many evacuees recalling the damage caused by Hurricane Katrina in 2005, when catastrophic flooding breached the levees in New Orleans and as many as 1,800 people died.

"What we know is there's going to be storm surge from Marco, we know that that water is not going to recede hardly at all before Laura hits, and so we've not seen this before and that's why people need to be paying particular attention," Gov. John Bel Edwards warned at a Sunday briefing.

Marco had grown into a hurricane early Sunday, and while its top winds dropped to 50 mph on Monday morning, the National Hurricane Center cautioned that Marco could still cause life-threatening storm surges and dangerous winds along the Gulf Coast. Marco was centered about 85 miles south-southeast of the mouth of the Mississippi River Monday morning, moving northwest at 10 mph. Forecasters said it would likely remain just off the Louisiana coast through Tuesday. 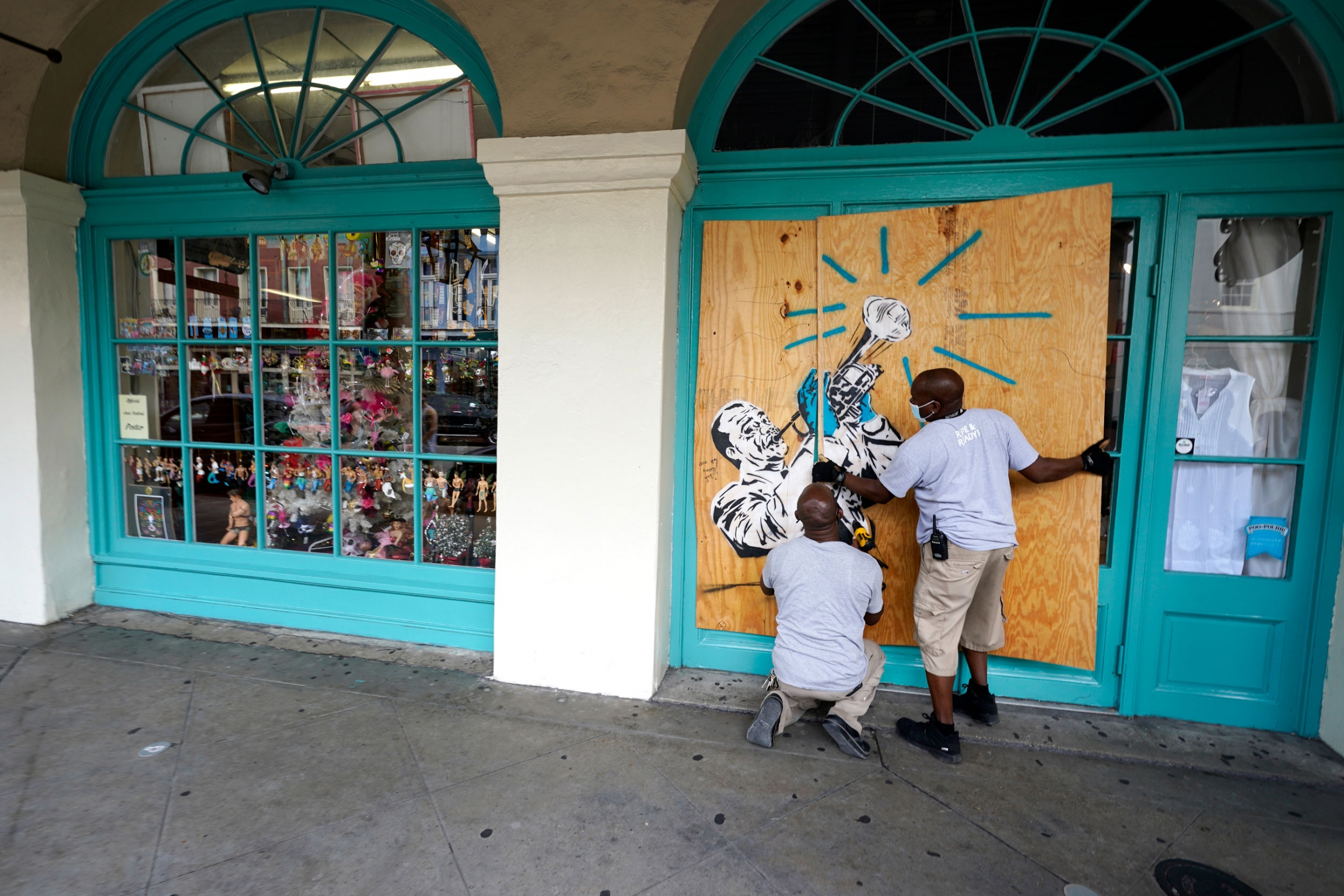 Workers board up shops in the French Quarter of New Orleans in advance of Hurricane Marco, Aug. 23, 2020.

Laura's center was skirting Cuba's southern coast on Monday after causing the deaths of at least 11 people in the Dominican Republic and Haiti, while knocking out power and causing flooding in the two nations that share the island of Hispaniola.

It had top sustained winds of 65 mph and its eye was forecast to remain over water, bringing tropical storm conditions to much of Cuba before moving into the southeastern Gulf of Mexico Tuesday, where it was expected to strengthen into a hurricane before approaching the Louisiana coast on Wednesday.

Haitian civil protection officials said they had received reports a 10-year-old girl was killed when a tree fell on a home in the southern coastal town of Anse-a-Pitres, on the border with the Dominican Republic. Haiti's prime minister said at least eight other people died and two were missing. In the Dominican Republic, relatives told reporters a collapsed wall killed a mother and her young son.

Hundreds of thousands were without power in the Dominican Republic amid heavy flooding in both countries.

A storm surge of up to 4 feet was forecast for parts of coastal Louisiana and Mississippi.