Belarus’s President Alexander Lukashenko has a reputation as a master tactician. It is well-earned: Since 1994, he has balanced the former Soviet state’s relations with both the West and Russia, all while eliminating presidential term limits and orchestrating hefty wins in every presidential election.

Now, his luck may be changing. Belarus’s Aug. 9 presidential election, expected to deliver Lukashenko a sixth consecutive term, has instead brought on an unprecedented political crisis. He claimed he received 80% of the vote. But that was quickly met with widespread opposition. On Aug. 16, an estimated over 200,000 people marched nationwide to demand Lukashenko’s resignation — the largest gathering in Belarus’s history.

As a researcher on Eastern Europe born and raised in Belarus, I’ve been watching the president’s handling of this crisis closely. I find he made two major mistakes since the contested Aug. 9 vote — errors that may help explain how dictators fall.

Lukashenko has long gotten away with improbably high electoral margins. This time was different because of the grassroots activism that took place ahead of the presidential vote.

In the weeks before Belarus’s election, a series of self-organized street protests against Lukashenko’s mishandling of the economy and total denial of COVID-19 — known as the Slipper Revolution — spread from Minsk, Belarus’s capital, to at least 35 cities and towns.

Lukashenko had eliminated his main rivals by jailing the banker Viktar Babaryka and blogger Siarhei Tsikhanouski, who might have reached a broad audience, and forcing the former diplomat Valery Tsepkala into exile. Rather than give up on the election, the opposition united around the seemingly improbable candidacy of Sviatlana Tsikhanouskaya, a housewife with no political experience.

By July, Tsikhanouskaya was attracting large crowds at election rallies as a symbol of change, including one that drew at least 63,000 supporters in Minsk, a city of 2 million. Still, Lukashenko ignored the signs of popular dissatisfaction and underestimated the power of the activism against him.

When election results nonetheless showed an 80% win for Lukashenko, Belarusians poured into the streets to protest what they said was fraud. Tsikhanouskaya, who fled the country in fear for her life, has called for new elections. 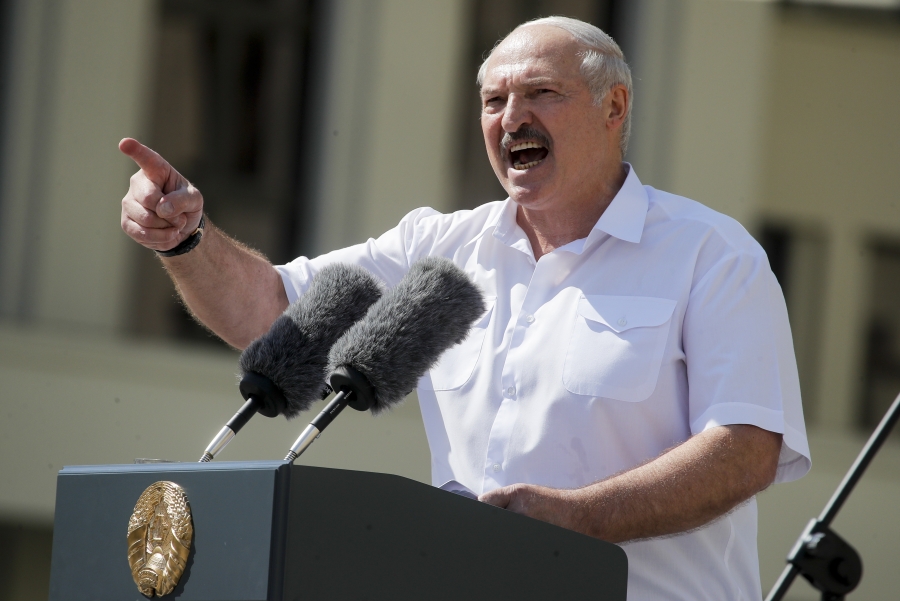 Lukashenko conceded nothing. Instead, he called in the riot police.

Belarus has seen postelection crackdowns before, in 2006 and 2010. But this time the police repression was far more violent.

Belarusian law enforcement used flash grenades, water cannons and tear gas to suppress protesters — often injuring bystanders in the process. Over 7,000 people have been arrested since Aug. 9, many of them brutally beaten and ill-treated in custody. At least two people were killed — the first time post-election unrest in Belarus has been fatal.

Police violence only triggered much bigger protests. Worker strikes and demonstrations demanding free elections have since taken place at dozens of government-owned and private enterprises across Belarus, including Belaruskali, an international fertilizer producer, and Minsk Automobile Plant, one of Eastern Europe’s largest automotive manufacturers. 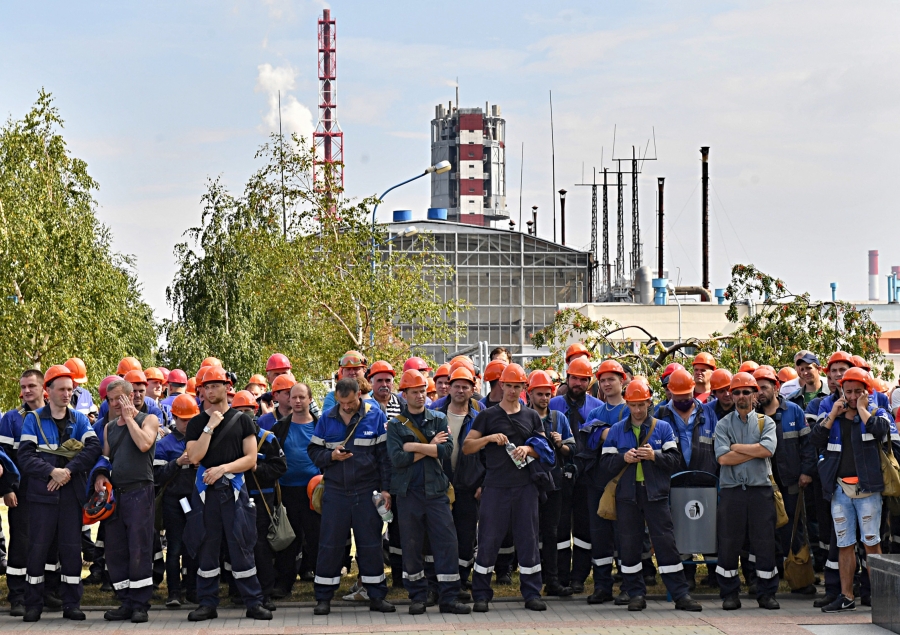 Workers at Grodno Azot, a Belarusian manufacturer, on strike.

Even the most capable authoritarian rulers are fallible.

Daniel Treisman, a political scientist at the University of California, Los Angeles, analyzed 218 episodes when autocracy was replaced by a more democratic system between 1800 and 2015 and found that in three-quarters of cases the path to democratization included one or more mistakes by the incumbent. The most common errors are based on faulty information and miscalculating the outcome of a problematic situation.

Despite his strategic mistakes, Lukashenko seems unprepared to relinquish control of Belarus. He calls his opponents “fascists” and “murderers,” blames protests on foreign spies and puts on shows of power, by holding rallies with his supporters. He has also threatened to fire striking workers. 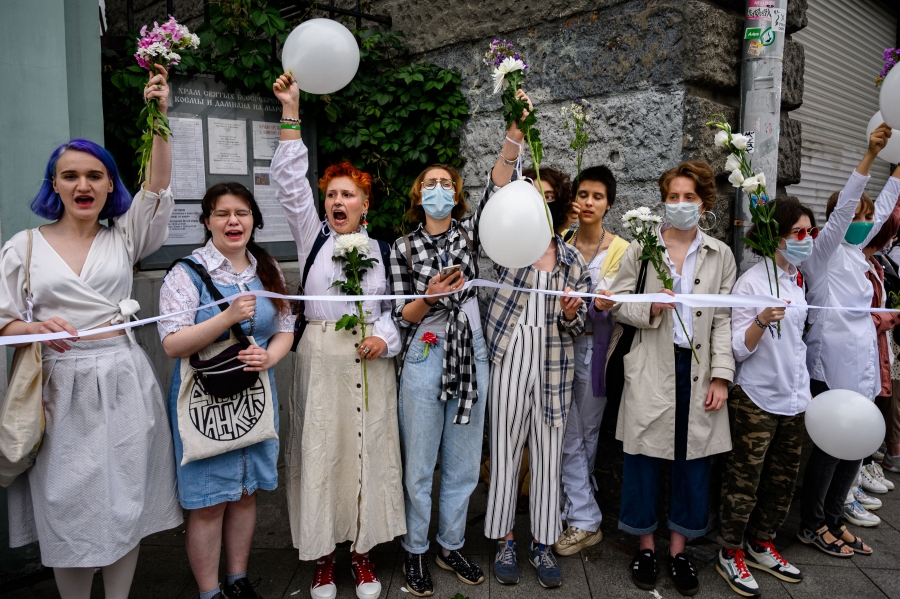 The women in white demand a redo of Belarus’s Aug. 9 election, which they say Lukashenko stole, Aug. 15, 2020.

Facing the worst crisis of his 26 years in power, Lukashenko turned to his powerful neighbor, Russia, for help. Putin has been both ally and foe to Belarus over the years, depending on his political calculations. Russia has promised to protect Belarus from external military threats. But Putin appears unlikely to assist Lukashenko against protesters. He warned foreign powers not to interfere in Belarus’s affairs, either.

If Russia and other countries stay out of the fray, what happens next in Belarus will depend on whether protesters can sustain their pressure on Lukashenko.

Social movements typically go through four stages of development: emergence, coalescence, bureaucratization and decline. The Belarusian opposition has reached the coalescence stage, meaning individuals participating in mass behavior have become aware of each other.

Lukashenko’s opposition is starting to “bureaucratize.” On Aug. 18, the opposition founded an entity called the Coordination Council of Belarus, to coordinate a peaceful transfer of power. Lukashenko declared it an attempt to seize power.

Bureaucracy sounds boring. But it may decide whether Lukashenko stays or falls.

This article was written by Tatsiana Kulakevich, a lecturer and research fellow at USF Institute on Russia at the University of South Florida. It is republished from The Conversation, a nonprofit news organization dedicated to unlocking ideas from academia, under a Creative Commons license.