The mercury hit 130 degrees in Death Valley, California, last weekend. If the provisional measurements are upheld, it’ll be the hottest temperature ever recorded on Earth using modern equipment.

The scorching heat hasn’t subsided much since then.

“It’s rare for us to get (heat waves) really remaining over a week to 10 days, and in this case it could actually be a couple weeks,” said National Weather Service meteorologist Curt Kaplan.

It’s a taste of things to come. As climate change pushes up global temperatures, heat waves are expected to grow more frequent, longer and hotter. Already this summer, heat records were set or matched from Baghdad to Japan to Siberia, and last month was the hottest July on record. 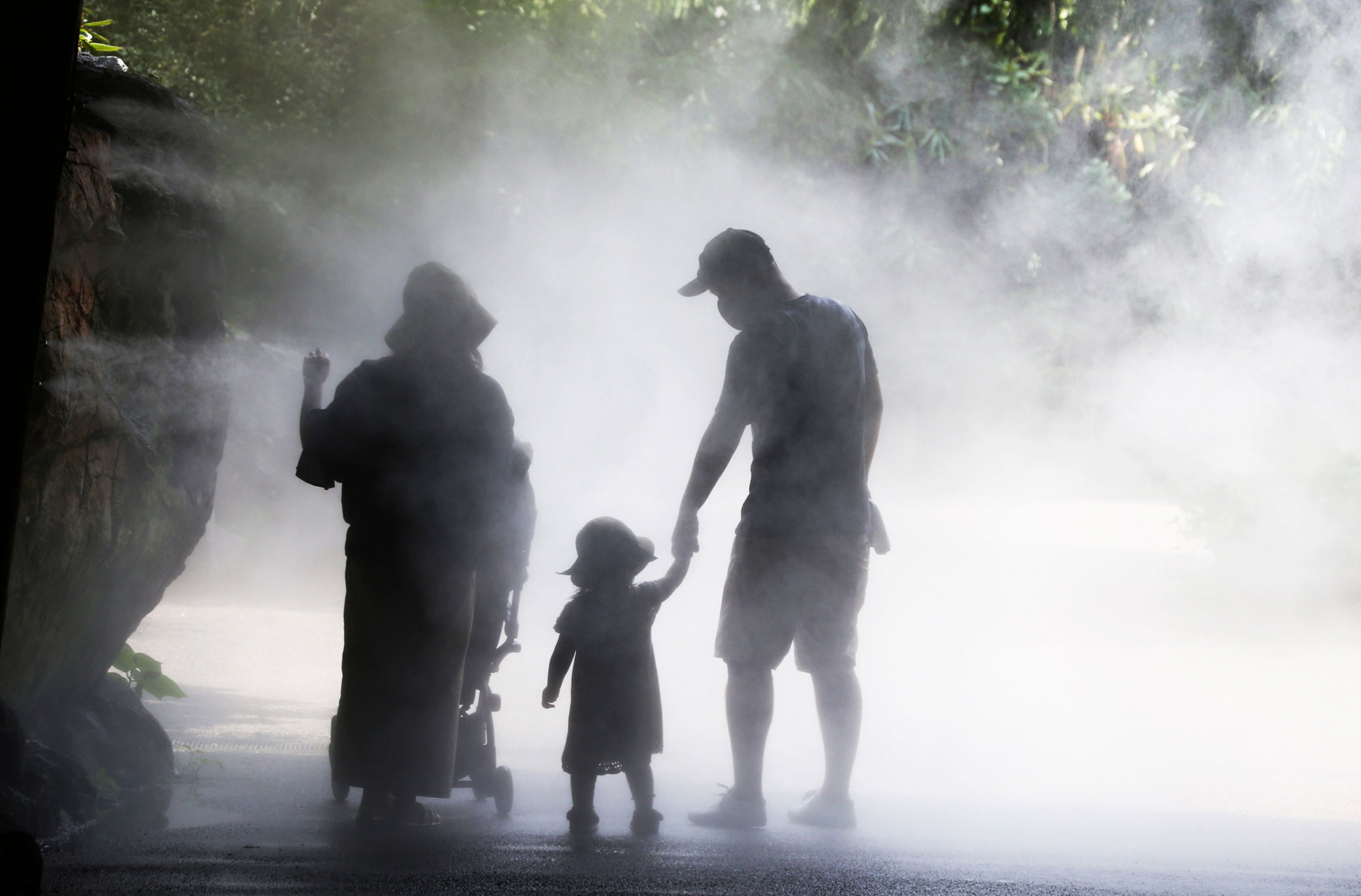 Visitors walk under a tunnel of water mist to cool themselves in the searing heat at a zoo in Yokohama, Japan, Aug. 19, 2020.

Heat waves are one of the deadliest natural hazards, killing more than 166,000 people worldwide from 1998 to 2017. But the health risks of extreme heat are often underestimated.

“It’s hard to solve a problem that you can’t see,” she said. “And so the No. 1 priority is to communicate the risk that is extreme heat.”

“Communicating the risk is very clearly and simply done by naming these heat waves, just as we have named tropical storms since the 1950s.”

“Communicating the risk is very clearly and simply done by naming these heat waves, just as we have named tropical storms since the 1950s,” Baughman McLeod said. “It gives it a name, it makes you aware and it lets people prepare and protect themselves, and ultimately save lives.”

The new heat alliance is in talks with the World Meteorological Organization, the National Oceanic and Atmospheric Administration and other institutions about developing a standard way to define, name and rank heat waves.

The alliance has 30 founding members, including nonprofits, scientists and cities around the world, including Chennai in India’s southeastern state of Tamil Nadu. Chennai’s Chief Resilience Officer Krishna Mohan said naming cyclones seems to help raise awareness about the importance of preparing.

“The moment you put a name to it, you are helping create so much more awareness. You can sense it in the air,” Mohan said. “People are taking the precaution to buy extra supplies of food, keeping more water at home, and people talk about it all the time.”

Mohan said officials in Chennai have lots of ways to warn residents about extreme heat, from TV broadcasts to sending out text and WhatsApp messages. But they don’t have the same effect as cyclone warnings. It’s because people are so used to the heat, Mohan said.

“[Naming heat waves] will give us the leverage to use the kind of awareness that you can create around a name to inform and educate the public.”

“[Naming heat waves] will give us the leverage to use the kind of awareness that you can create around a name to inform and educate the public,” Mohan said.

It will also make it easier to lobby for more investment in infrastructure changes to cool the city, Mohan added.

Naming heat events, though, would likely be trickier than naming a storm. Tropical storms get a name from an alphabetized, pre-set list managed by the World Meteorological Organization as soon as their wind speeds reach 39 miles per hour. But heat is highly localized.

Scott Sheridan, a Kent State geography professor who’s an expert on heat warning systems, added that another challenge of naming heat waves is that hot weather systems can morph over time.

“They tend to strengthen and then weaken and re-strengthen depending upon atmospheric conditions, and so do you call that one big heat wave, do you give it different names? So there’s a lot of logistical things which could make it a hurdle,” Sheridan said. 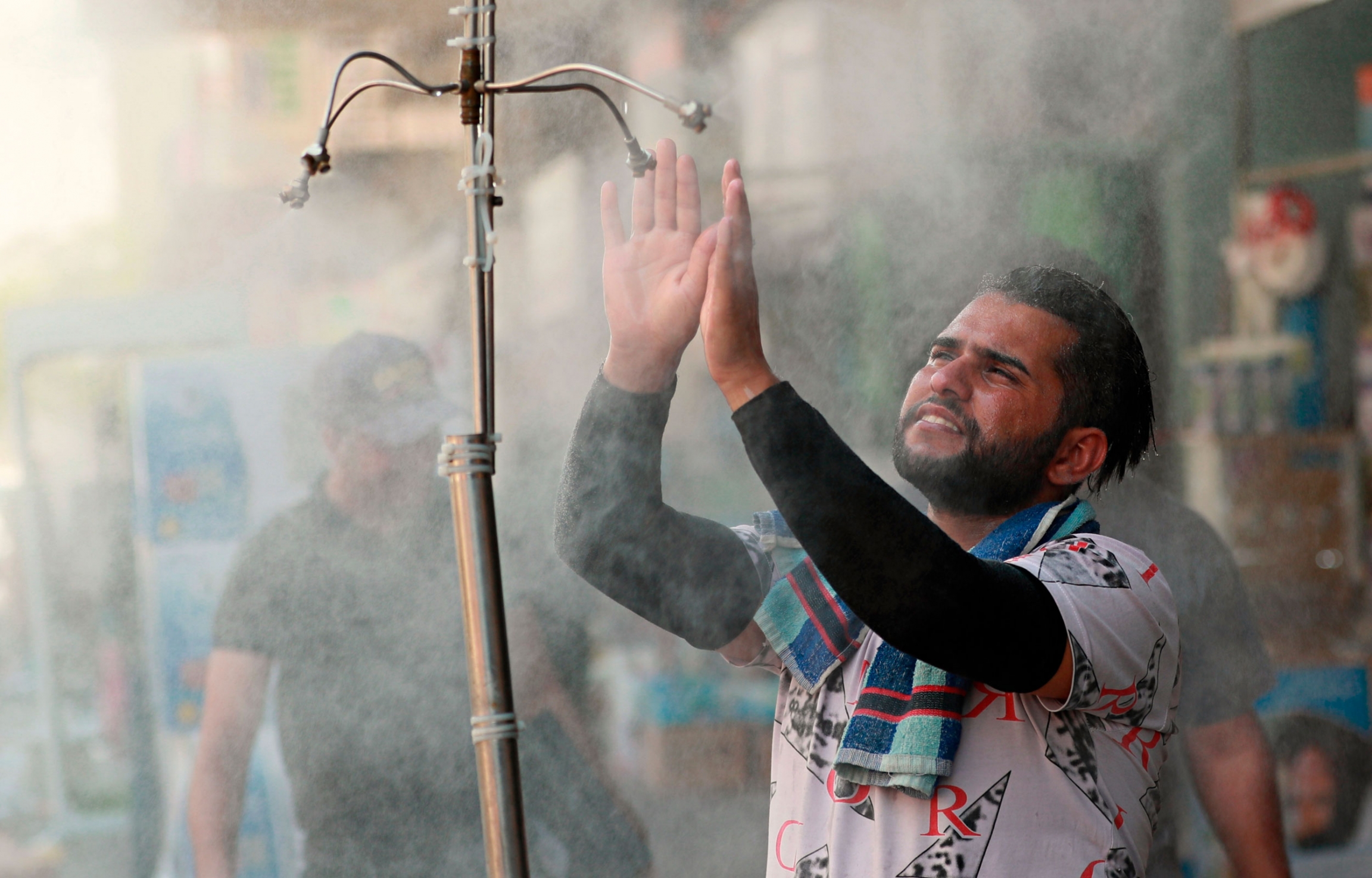 A man cools off from the summer heat under an open air shower in Baghdad, Iraq, July 5, 2020.

But a bigger problem in Sheridan’s mind is that heat waves — typically defined as prolonged, abnormally high temperatures for a given region — aren’t the only kind of dangerous heat. In many places, normal summertime temperatures are hot enough to kill. Like in Iraq, where it often tops 110 degrees.

“You could die from the heat on any of those days, it’s certainly sufficiently hot if you’re not taking proper precautions,” Sheridan said.

Sheridan argues if you make a big deal about the very hottest days by naming heat waves, people might worry less about hot days that don’t get that special treatment. And that could be dangerous — especially for people working outdoors, who can die from heat-related causes at temperatures that don’t even trigger heat warnings.

What might be more effective, Sheridan suggests, is more outreach in plenty of different languages, that’s will get people to understand their individual risks and taking action, including staying indoors or in the shade, taking it easy during the heat of the day and hydrating.

“And then also providing opportunities for people that either have no air conditioning or people that have to work outside to find some way to cool off, that’s where I think there could be some improvement,” Sheridan said.

There’s certainly room for new ideas about how to better manage climbing temperatures. In 50 years, research suggests, up to one-third of the global population could live in places where temperatures top those considered suitable for human life.