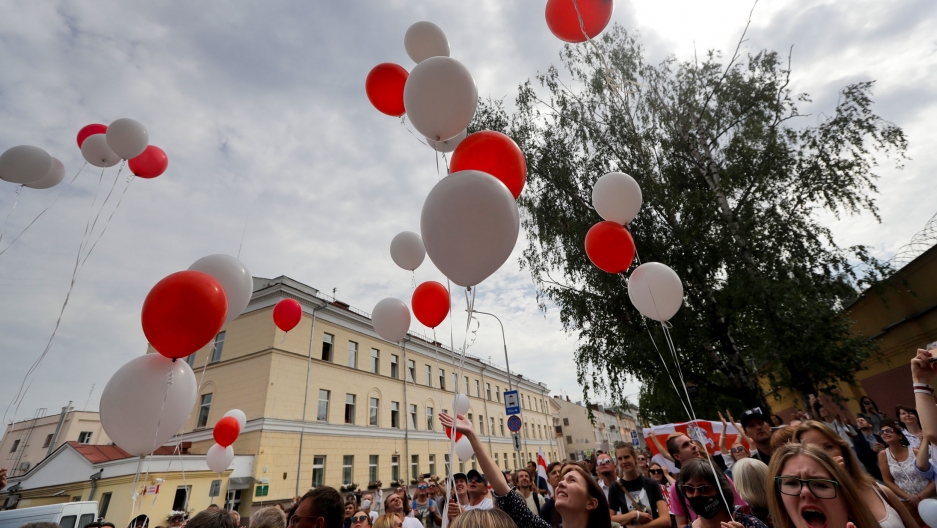 People shout a slogan "release (from prison)" to show their solidarity with the detainees and people release balloons in colors of old Belarusian national flag into the sky at a detention center during opposition rally in Minsk, Belarus, Tuesday, Aug. 18, 2020.

For a second day, factory workers in Belarus continued their strike protesting the controversial reelection of President Alexander Lukashenko to his sixth term. Tractor factory workers — once reliable supporters — were joined by other state-controlled companies and factories striking on Tuesday. The strikes added to the 10 straight days of protests calling for the authoritarian leader known as “Europe’s last dictator” to step down in an election they say was rigged.

Warning of an escalation of a political crisis in a phone call on Tuesday, Russian President Vladimir Putin told German Chancellor Angela Merkel not to interfere in the domestic affairs of Belarus.

🎧 From The World: An uprising on Putin's doorstep

A UN-backed tribunal on Tuesday convicted one member of the Hezbollah militant group and acquitted three others of involvement in the 2005 assassination of former Lebanese Prime Minister Rafik Hariri. The Special Tribunal for Lebanon said Salim Ayyash was guilty as a co-conspirator of five charges linked to his involvement in the suicide truck bombing. Earlier on Tuesday, Presiding Judge David Re said the trial found no evidence that Hezbollah leadership or the Syrian government were involved in the attack, even though they "may have had motives to eliminate Mr. Hariri." The verdict, which follows a years-long investigation, comes at a difficult time for Lebanon, following a devastating Aug. 4 explosion in Beirut.

And, Sunil Kumar Nandeshwar, the captain of the ship that spilled hundreds of tons of oil off the coast of Mauritius, was arrested on Tuesday. Nandeshwar, a 58-year-old Indian national, was charged with endangering safe navigation, police said. On Monday, workers started to remove the two pieces of the grounded Japanese ship, pulling them out to sea to sink with the larger part of the ship expected to be dragged off the coral reef and likely taken to India for salvage.

Also: The first night of the DNC in 4 minutes

How Taiwan is battling coronavirus with tech, crowdsourced data and trust 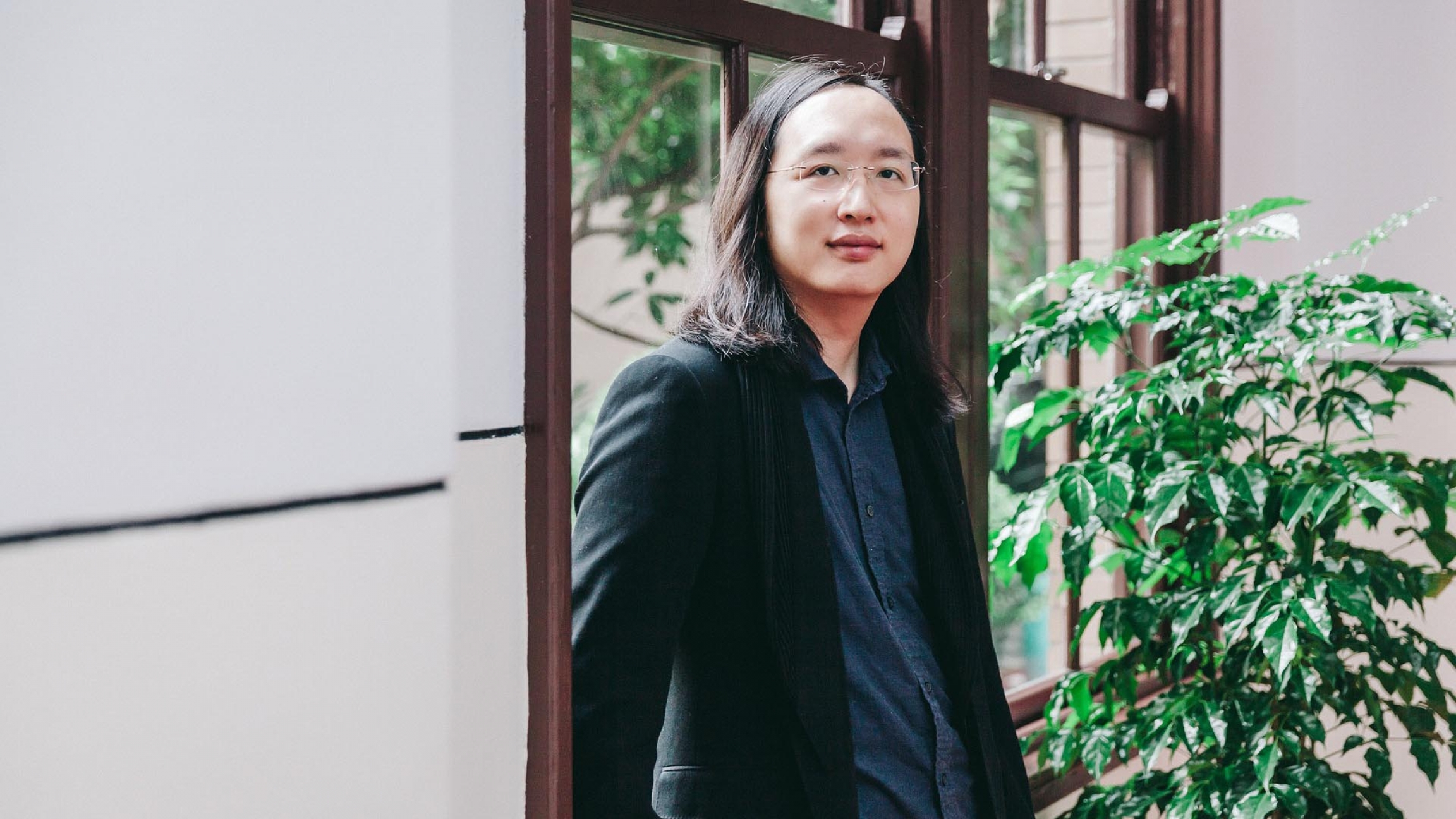 Taiwan has kept its COVID-19 numbers low compared to other countries: It has seen fewer than 500 cases and seven deaths. Much of that success has been attributed to Taiwan's approach to technology, led by the government's digital minister Audrey Tang. She explains how Taiwan is using crowdsourcing, transparency and trust in its citizens to manage the virus.

"Well, the most important technology is soap and alcohol hand sanitizers. But in Taiwan, we see democracy itself as a technology. And the counterpandemic effort is mostly about getting people understanding the science and the epidemiology so that people can innovate and wash their hands more vigorously, wear a mask to remind oneself to keep their unwashed hands away from their faces, and making sure that each pharmacy has sufficient supply."

Legislators have been fighting for the museum for decades. Now, the proposal is making some headway in Congress.

In case you missed it, Australian endurance swimmer Chloe McCardel added another notch to her belt last weekend when she completed her 35th English Channel crossing, breaking the men's record for the number of cross-Channel crossings. Also, amid the coronvirus, she successfully avoided France's quarantine rules after the coast guard gave her the all clear. Whew!

Chloe McCardel: Swimmer beats men's Channel record; and she hopes to beat quarantine when she returns to the UK https://t.co/C3xunbyNAZ

Listen: What we know and don't know about coronavirus immunity 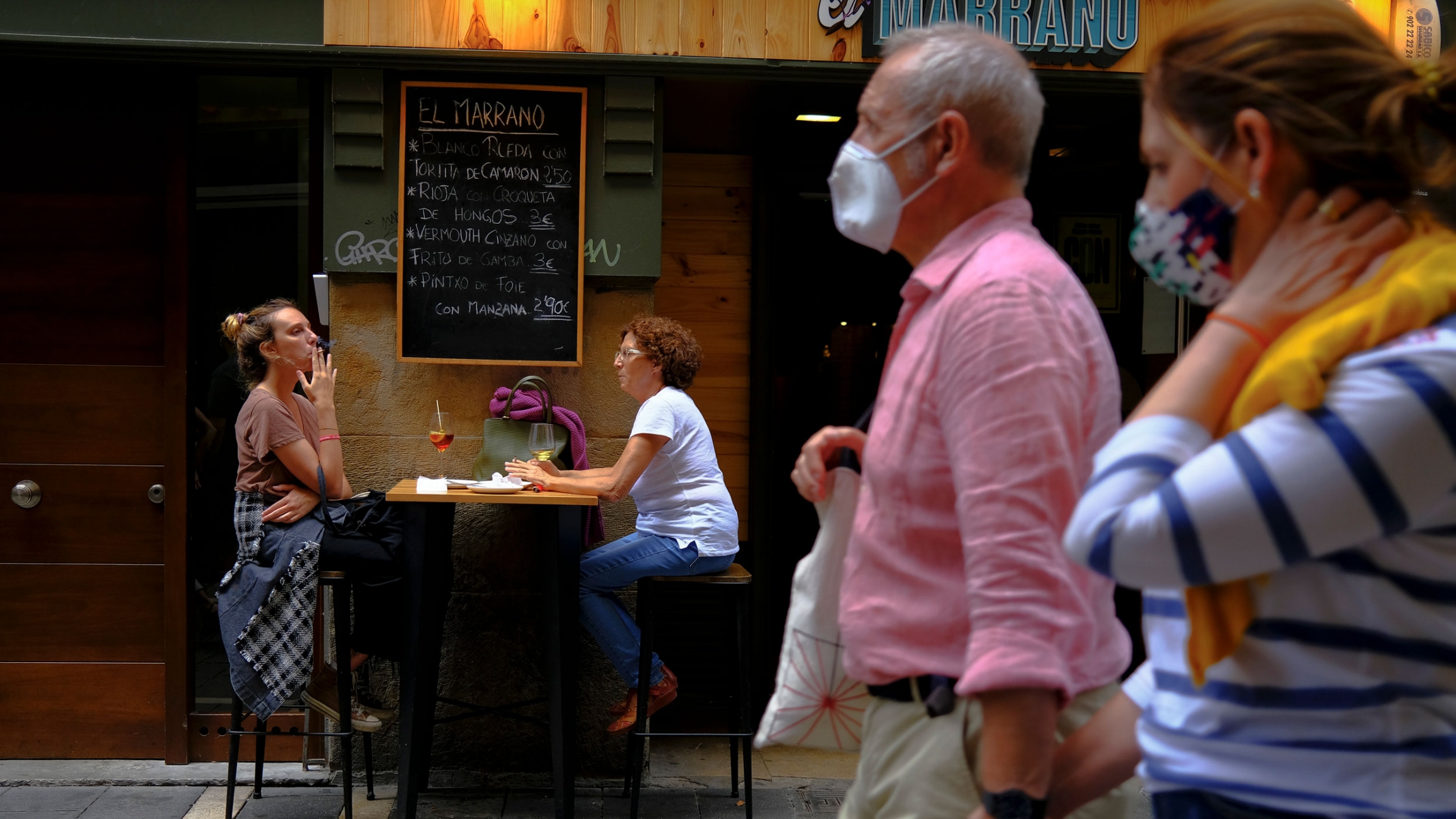 Two women smoke cigarettes in a bar while pedestrians wearing face walk past, in Pamplona, northern Spain, Aug. 17, 2020. Spanish authorities have announced new restrictions, one of them about smoking in public places, to prevent the COVID-19.

Some of the first studies on COVID-19 immunity are coming out. Immunologist Marion Pepper explains what is known about immunity and what scientists still don't understand. And, getting school exam results this year during the coronavirus pandemic was never going to be straightforward. Teenagers in Britain and across Europe are discovering it's complicated, and they're not happy. And, protesters in Belarus want change, and they've turned to Soviet-era rock band Kino for a protest anthem.