Marly Estrella lives with her two young children and husband in L’Hospitalet de Llobregat, a city bordering Barcelona that’s well-connected to the Catalan capital and relatively cheaper. She’s lived in the area since she was a child when she migrated in the early 2000s with her mother and siblings from the Dominican Republic. But the family could be evicted any day.

Estrella was laid off from a full-time job at a nearby hotel just one day before Spain declared a state of emergency in mid-March, and because of that ill-timing, she can’t access government funds meant to temporarily support those who suffered the economic consequences of the pandemic. Since then, she and her husband — who also lost his job — have been taking up various odd jobs and relying on their emergency credit cards.

But the family's housing troubles started well before the coronavirus hit. 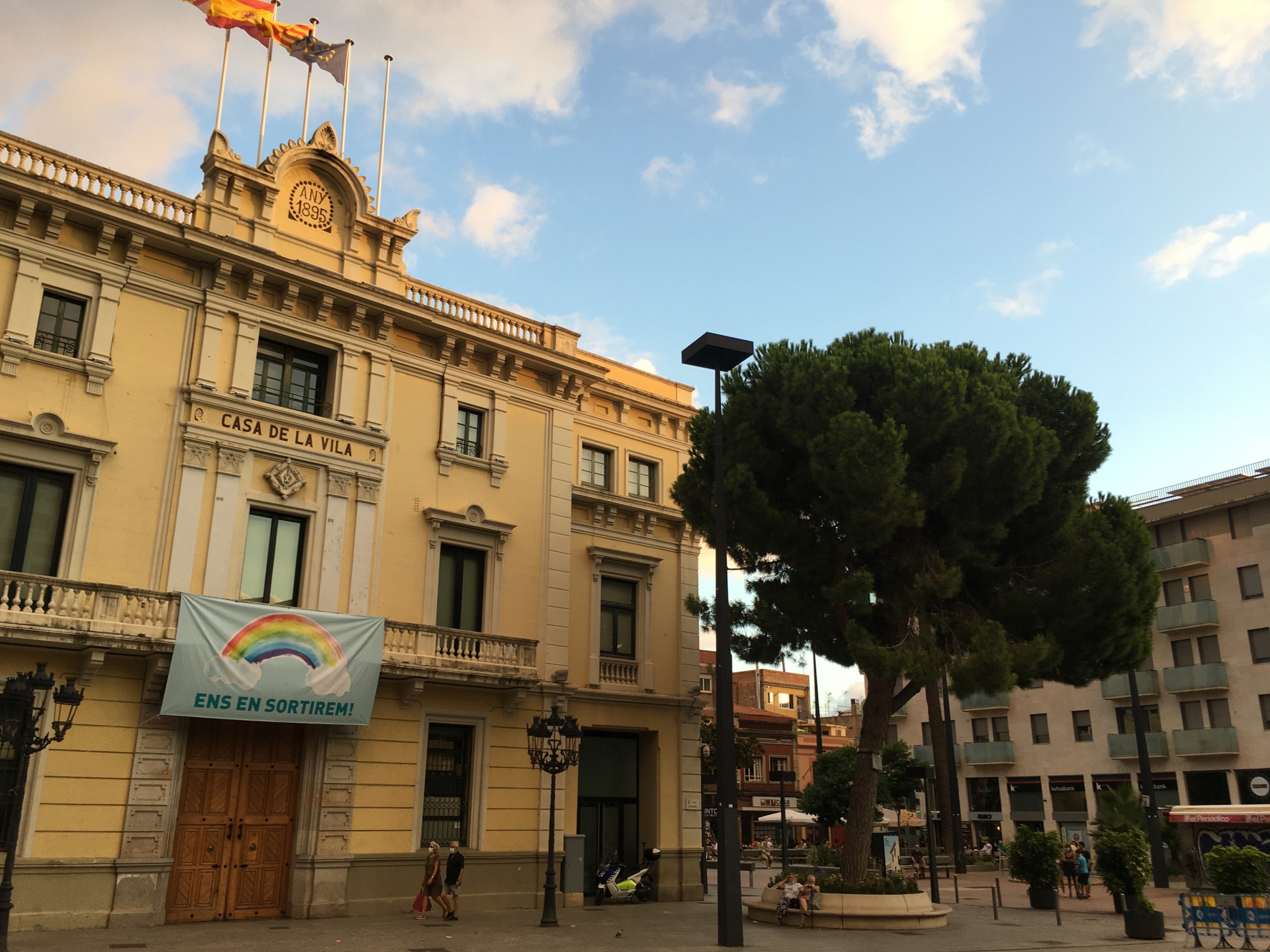 L’Hospitalet de Llobregat, which has historically been a working-class city with a large migrant population, is beginning to see rent prices comparable to those in Barcelona.

Four years ago, Estrella was paying around $470 for her apartment. But just one year later, she found out it was being rented to her by someone who had illegally occupied the place and was essentially making money off of it. Estrella tried to make a deal with the investment company that owns the apartment to let her stay and pay subsidized rent, but they denied her plea and took her to court. This past February, Estrella lost the case.

“I’m not sleeping well. I go to bed and wake up thinking, ‘Will they knock on my door today?’”

“I’m not sleeping well,” Estrella said. “I go to bed and wake up thinking, ‘Will they knock on my door today?’”

Cases like Estrella’s are all too common in L’Hospitalet, where evictions have been prevalent since the 2008 economic crisis. Activists from the tenant advocacy group Platform for Mortgage Victims, who are helping Estrella with her case, say that before the pandemic, there was an average of eight evictions per day in L’Hospitalet, the most densely populated city in all of Europe.

In recent years, rent prices have risen significantly in L’Hospitalet, as people get pushed out of Barcelona and move to peripheral neighborhoods. L’Hospitalet, which has historically been a working-class city with a large migrant population, is beginning to see rent prices comparable to those in Barcelona.

The rising rent prices have pushed many people there to either move in with other families, stop paying rent, or squat empty apartments owned by banks or investment companies left vacant after the last financial crisis. (In Catalonia, a 2016 regional law states that if an apartment sits empty for more than two years with no justification, the local government can fine the bank or investment company that owns it — that is, unless the apartment is turned into public housing. But activists say this law is rarely implemented.)

Related: Under quarantine, the first talking film made by a woman in Spain resurfaces

And the threat of eviction, even in the middle of a pandemic, is still there — at least a dozen families have been evicted in L’Hospitalet since the state of emergency ended on June 21, despite orders from the Spanish government to suspend all evictions until Oct. 1. 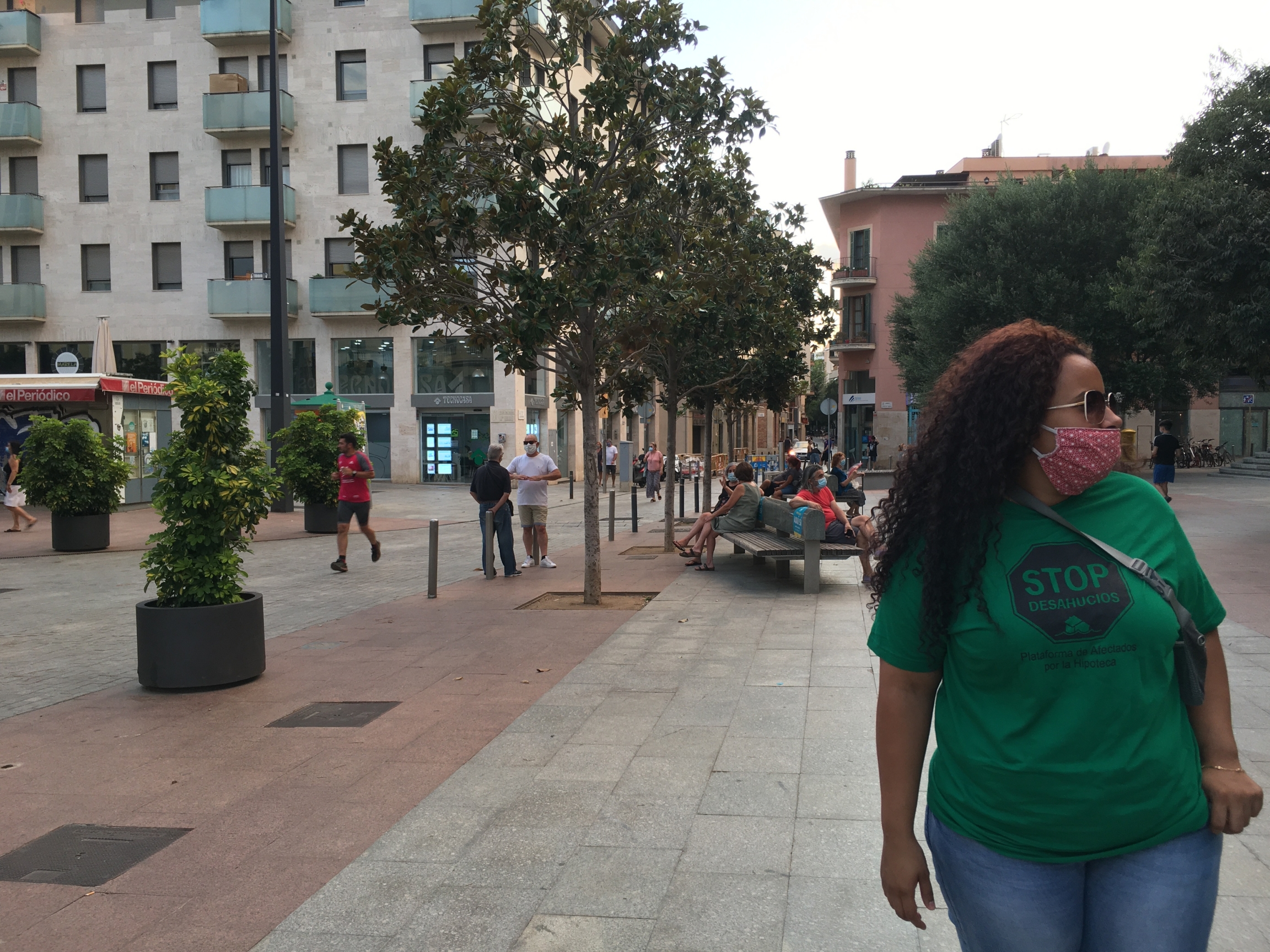 Marly Estrella lives with her two young children and husband in L’Hospitalet de Llobregat, a city bordering Barcelona that’s well-connected to the Catalan capital and relatively cheaper. But she could be evicted any day.

“Where are these people supposed to go, especially if there’s another lockdown?”

“Where are these people supposed to go, especially if there’s another lockdown?” said activist Mimi García, from the local tenants’ union in L’Hospitalet.

She says that local and national governments aren’t providing many other housing options — only 2% of housing in Spain is subsidized for low-income families, one of the lowest figures in Europe. According to García, rent prices in L’Hospitalet have risen 34% in just five years.

Related: This trio in Spain gets through ‘confinement blues’ with socially conscious music

“That’s impoverishing residents here,” she said. “The economic effects of the pandemic will cause more people to lose their jobs, so paying the bills on time will be even harder, which could lead to even more evictions.”

In addition, some people live in apartments as small as 350 square feet, with no natural light — making Spain’s strict three-month quarantine especially difficult. And this past July, as cases of the coronavirus began to rise again, many residents were frustrated when the mayor asked them to stay home at the height of summer, with no air conditioning.