The Somali sengi is a tiny mammal that looks almost like a mouse, but with a long, trunk-like nose, sort of like an aardvark.

But for 50 years, a sighting of this sengi had not been recorded by scientists — until now.

A team of American sengi experts and Djiboutian ecologists rediscovered the elusive Somali sengi after a research expedition to Djibouti in 2019. Their findings were published in the scientific journal PeerJ today.

Houssein Rayaleh, a Djiboutian research ecologist and conservationist on the expedition, said that "people living in Djibouti never considered the sengis to be 'lost,'" but that "the new research brings the Somali sengi back into the scientific community, which is valued," according to the BBC.

“They’re unique in a lot of ways,” said Steven Heritage, the lead author of the study who is a research scientist at the Duke University Lemur Center in Durham, North Carolina.

"For Djibouti this is an important story that highlights the great biodiversity of the country and the region and shows that there are opportunities for new science and research here," he said.

Sengis, Heritage explained, have flexible noses that they use to pick through leaf litter for food, as well as enormous back legs that allow them to run up to 18 miles per hour or more. They also have a monogamous mating system, where a male and female bond for life.

Though sengis are commonly called elephant shrews, Heritage explained that the name has largely fallen out of favor among scientists because sengis are not really shrews or elephants.

Sengis are closely related to aardvarks, elephants and manatees. Though they’re commonly called elephant shrews, Heritage explained that the name has largely fallen out of favor among scientists because sengis are not really shrews or elephants.

To find this particular species of sengi, the team drew on the knowledge of its local members, including Houssein Rayaleh, a bird expert at Association Djibouti Nature, as well as interviews with people in the areas where they were searching.

“When we would go to these field sites, we would often interview locals…They’d say, ‘Oh yeah, that animal is over there in those rocks, and this mouse animal is over here in this more flat area,’” Heritage said. 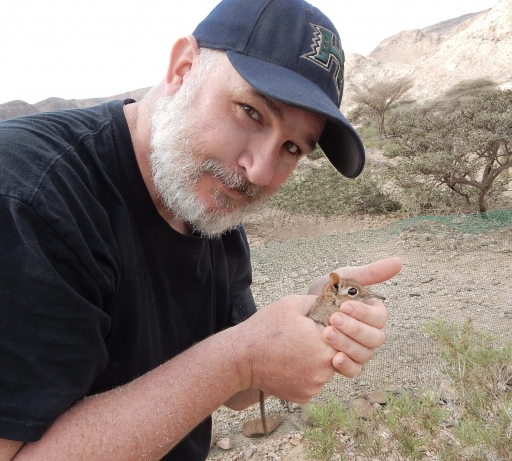 “Incorporating that local knowledge was invaluable,” he added.

The researchers used a combination of oatmeal, peanut butter and Marmite to lure sengis into live box traps so they could be observed.

“[It’s] this super smelly concoction of bait,” he said. “You can imagine if you’re a small mammal that lives in essentially a desert, rocky environment, you’ve never smelled anything like that before. So you’re going to go check that out and see what’s going on.”

Heritage said generating knowledge about rare or “lost” species helps keep the IUCN Red List of Threatened Species up to date. He called the list a “barometer of the health of the biodiversity on our planet.”

“Only with modern and up-to-date knowledge can we make these kinds of assessments about species being threatened or at least concerned, or in this case, it was data deficient,” Heritage said.