Of the dozens of museums in Washington, DC, none are dedicated to the lives and culture of Latin America.

Last month, the federal government took one step toward changing that. The House of Representatives approved legislation to establish the National Museum of the American Latino.

Related: 'COVID-19 is in charge of the census,' says former US Census Bureau director

It’s a major victory in a decadeslong fight that former US Rep. Ileana Ros-Lehtinen has been involved with since the beginning. In 1989, Ros-Lehtinen became the first Latina elected to Congress.

“You can’t have a real portrait of American unless you have a museum of the American Latino.”

“You can’t have a real portrait of American unless you have a museum of the American Latino,” said Ros-Lehtinen, a Republican who represented Florida for three decades.

In 2019, Hispanics made up 18% of the country’s total population, and they are the country’s second-largest racial or ethnic group, behind white non-Hispanics,  according to the US Census Bureau.

Since 1994, when the Smithsonian Institution published a report looking at their own patterns of excluding Latino voices and stories, Ros-Lehtinen and other legislators, both Republicans and Democrats, have been on a mission to build support for the museum; the bill that recently passed through the House was approved with an impressive 295 co-sponsors.

“The push for a National Museum of the American Latino has been bipartisan from its origins,” she said.

But the fight is far from over.

“Now comes the struggle to pass it in the Senate,” Ros-Lehtinen said. “That’s a little more difficult because of COVID[-19].”

Managing COVID-19 relief efforts has created a crammed legislative calendar in the Senate. Ros-Lehtinen believes the Senate will eventually give the go-ahead.

“We either do it before the election, or we do it after the election. The worst-case scenario: We do it with the new Congress [in January 2021]. But, it’s going to happen.”

“We either do it before the election, or we do it after the election,” she said. “The worst-case scenario: We do it with the new Congress [in January 2021]. But, it’s going to happen.”

Following the Senate’s presumed approval comes a required signature from the president. Then, money has to be raised — it’s estimated around $600 million — part of which will come from taxpayers, and part of which will be funded through private donations. Tack on the time that the museum has to be designed, built and curated, and it’s easy to see how nobody will be breaking ground next year.

Despite the uncertain time frame, museumgoers are already looking forward to walking the halls.

Related: This young Afro Latino teacher wants to be a model for his students

Jessica Morales, the principal of Bancroft Elementary, says her school is a short bus ride from the National Mall, where the museum will likely sit. She hopes the Smithsonian Institution will partner with schools like hers to enable field trips. 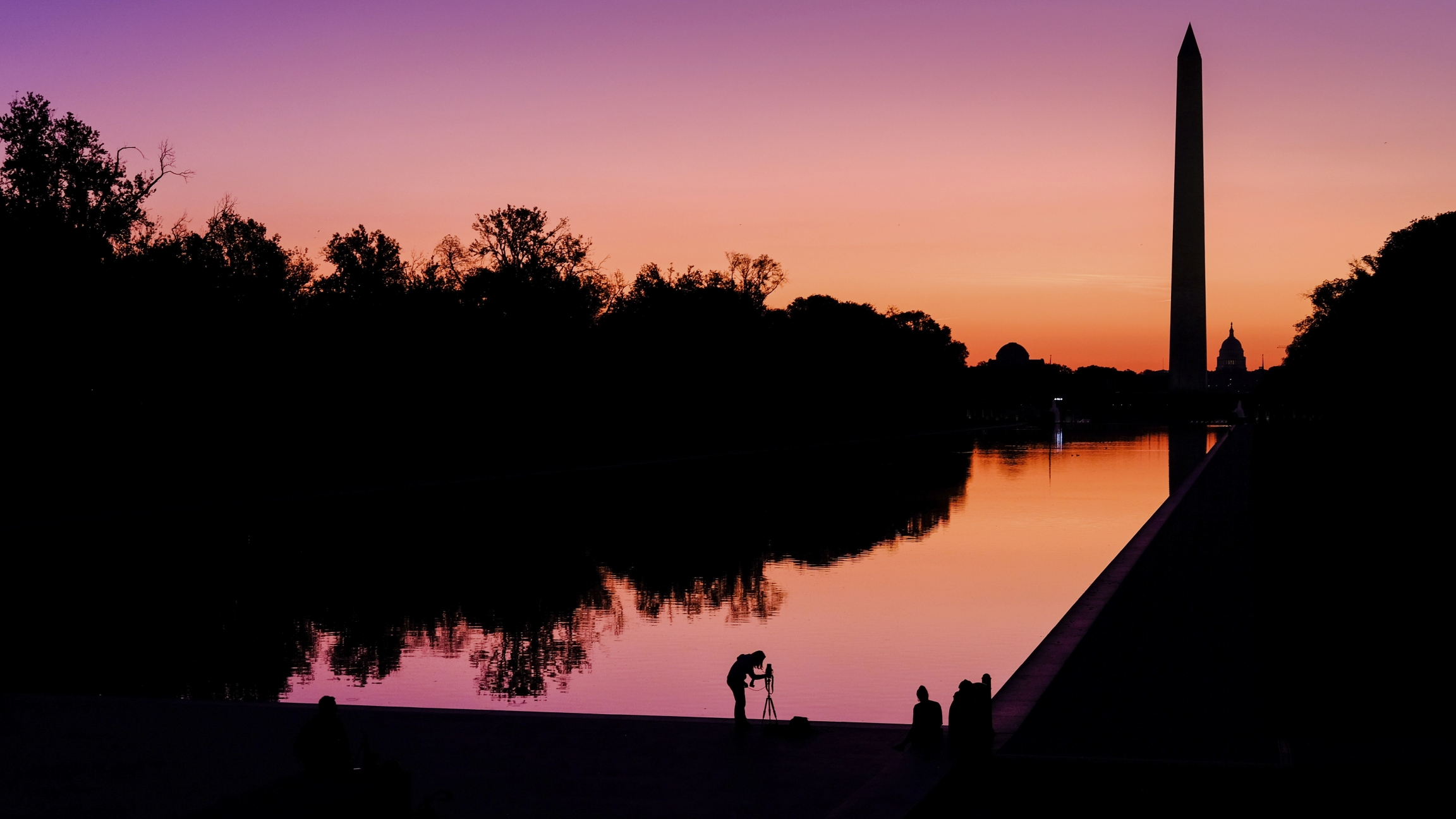 A photographer lines up her shot at the National Mall reflecting pool as the sun begins to rise behind the Washington Monument and the US Capitol building in Washington, Sept. 21, 2019. The National Museum of the American Latino is expected to be built along the National Mall, according to former US Rep. Ileana Ros-Lehtinen.

“I’m just excited to see the kids’ faces when they see the history and they learn about the history,” said Morales, who grew up in Washington, and attended the city’s public schools. “I had amazing teachers that told me, ‘You are Latina and you need to be proud of that.’”

Latin American students make up 64% of Bancroft Elementary, and Morales says identity is something she instills in all of their students.

“[I tell them,] ‘Don’t reject being Latino. That’s an asset.’ It’s important for them to understand you are special because you are Latin American.”

“[I tell them,] ‘Don’t reject being Latino. That’s an asset,’” she said. “It’s important for them to understand you are special because you are Latin American.”

Related: Meet the young Latino voters of 'Every 30 Seconds'

Morales added that when the museum does open, she’ll be happy with the name on the door: “I’m glad that they’re calling it the National American Latino Museum and not the National American Hispanic Museum,” she said. “When you say Hispanic, to me, it’s like, yes, I know that I have ancestors or los descendientes from Spain. I get it. But then, Latin America is in its own self, rich. And we identify ourselves as Latinos and Latinas. I’m not claiming that I’m coming from Spain. I’m claiming that I’m coming from Latin America.”

Being Latin American can mean coming from drastically different countries with different histories and cultures. Making room for that level of complexity in one place is a big challenge, but Ros-Lehtinen says she is confident the whole region will be represented in the museum.

Morales hopes the people and events displayed in the exhibits will be expansive.

“We have [Latin American] celebrities. But we need more than that,” Morales said. “We read about Sonia Sotomayor [on the Supreme Court]. But who else is out there? I’m sure there’s many more.”

Morales notes that it doesn't fall on one institution to capture the full scope of the American Latino. Others such as El Museo del Barrio in New York, the Museum of Latin American Art in California, and Museo De Las Americas in Colorado have long been dedicated to celebrating different aspects of Latino culture and history. The National Museum of the American Latino being established on Washington's global stage, though, could inspire more museums and educators to invest in telling Latino stories.