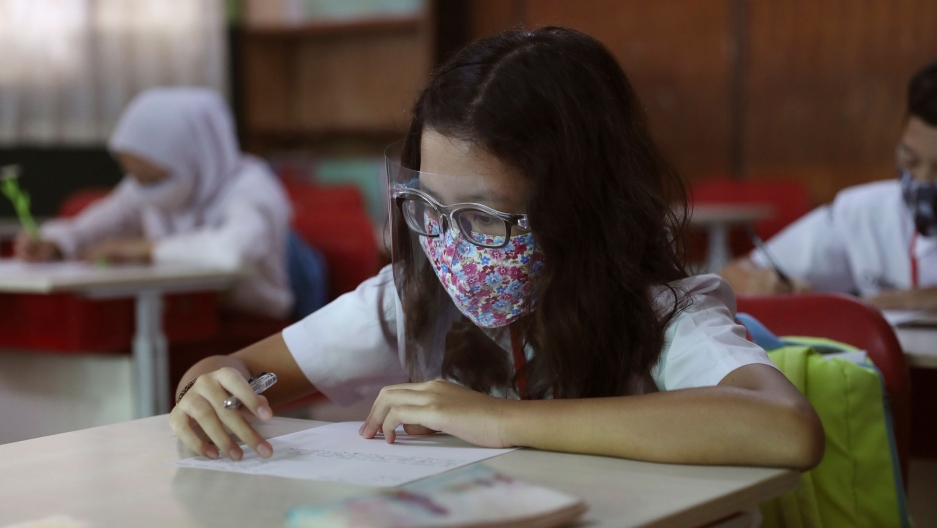 An Indonesian student wears a mask and face shield as a precaution against the coronavirus during a class in Bekasi on the outskirts of Jakarta, Indonesia, Aug. 3, 2020.

UN Secretary-General António Guterres warned Tuesday the world faces a "generational catastrophe" in the fallout from the coronavirus pandemic, which has led to the largest disruption of education in history. More than 1 billion students have been affected, with schools closed in over 160 countries. Guterres also cautioned today that as many as 40 million children around the world are missing out on education “in their critical preschool year,” exacerbating entrenched inequalities.

"[E]ven for those who can access distance learning, success depends on their living conditions," Guterres said. "Parents, especially women, have been forced to assume heavy care burdens in the home."

Iraq faces record heat levels that reached temperatures of 125 Fahrenheit in Baghdad last week. With the heat, the demand for power supply has spiked — but utilities have fallen short, creating a spark for renewed anti-government protests, along with a strict lockdown and curfew. In addition, Iraqis not wealthy enough to afford private generators to offset power cuts, which last up to eight hours, face the difficult decision of going outside and risking infection from the coronavirus.

And Belarus' president, Alexander Lukashenko, has pledged his allegiance to Russia, vowing a close alliance as he seeks a sixth term in office ahead of Sunday’s election. In a state-of-the-nation address, Lukashenko said the partnership between the Belarus and Russia reflects historic ties despite a recent surge of opposition protests. 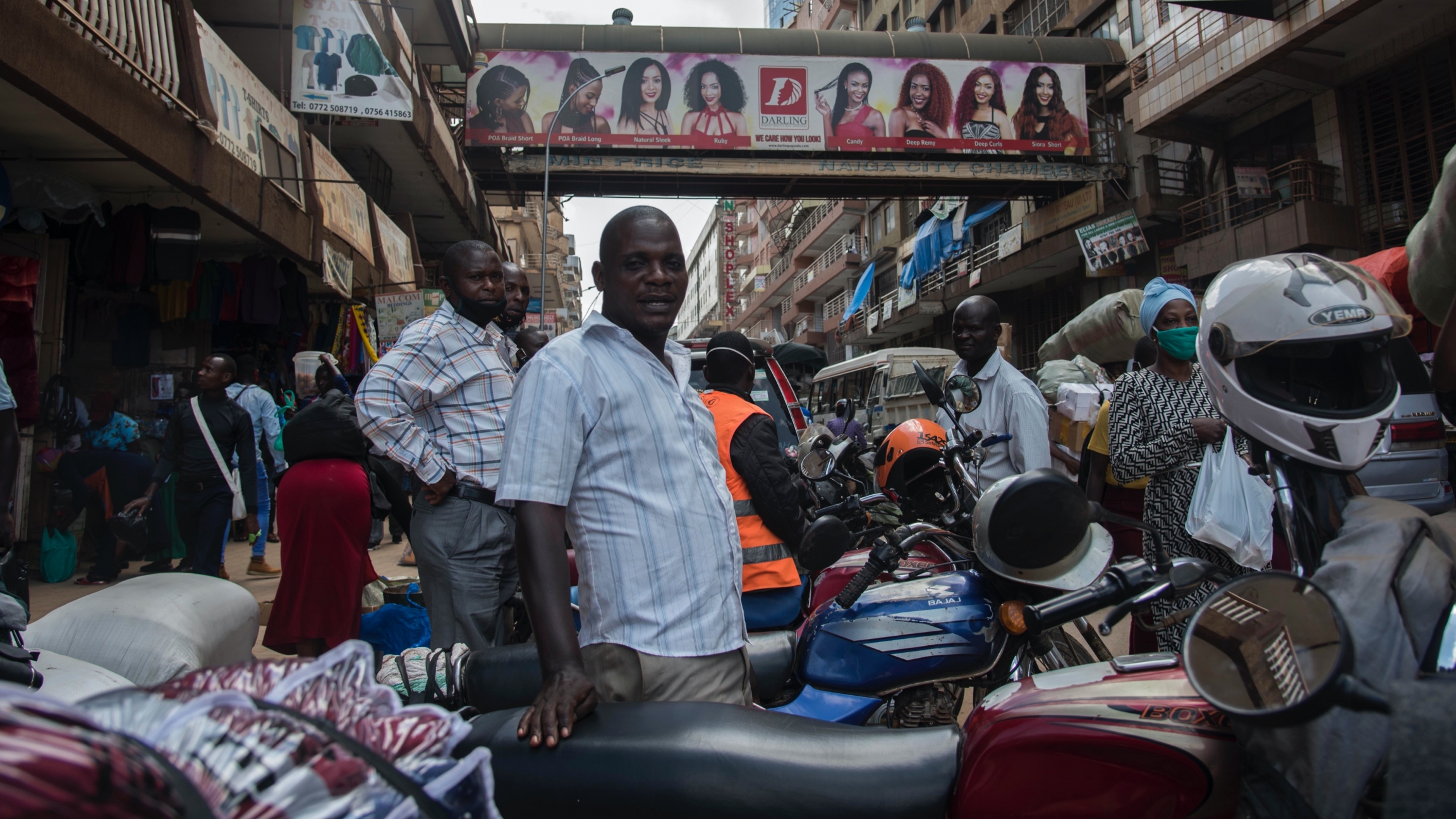 Wilson Lubega, a boda boda operator, stands next to his motorcycle during an interview on June 18, 2020, in Kampala, Uganda.

Thousands of boda boda drivers have been out of work since March when the Ugandan government suspended most forms of public transportation in an effort to curb the spread of the coronavirus.

Now, after months under lockdown, Uganda is beginning to ease some of its strictest travel restrictions. And last week, the government removed a ban on boda boda, or motorcycle taxis. New health restrictions issued by the government may also help to regulate the boda boda industry. 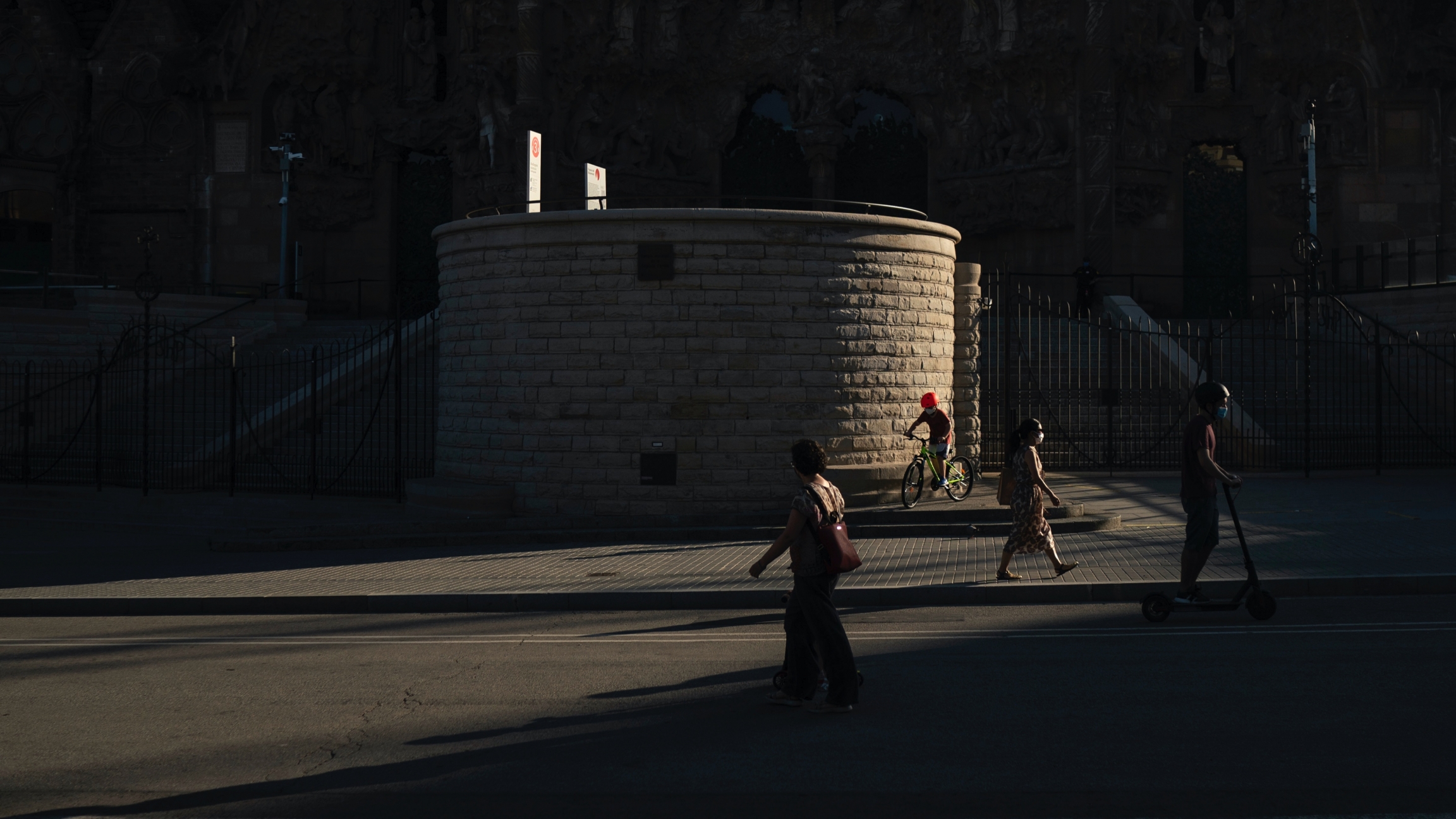 People walk past the La Sagrada Família Basilica as the sun sets in Barcelona, Spain, July 30, 2020. Europe's tourism revival is running into turbulence only weeks after countries reopened their borders, with rising infections in Spain and other nations causing increasing concern among health authorities over people bringing the coronavirus home from their summer vacations.

In previous years, throngs of tourists flocked to Antoni Gaudí’s masterpiece Sagrada Família basilica in Barcelona. But with hundreds of new outbreaks of the coronavirus in the northeast region of Catalonia, Spain's tourism industry is taking a serious hit.

It didn't work for Tom Hank's character in "Castaway," but a giant SOS written on the beach did the trick to save three sailors lost on a small island in Micronesia. WILSON! 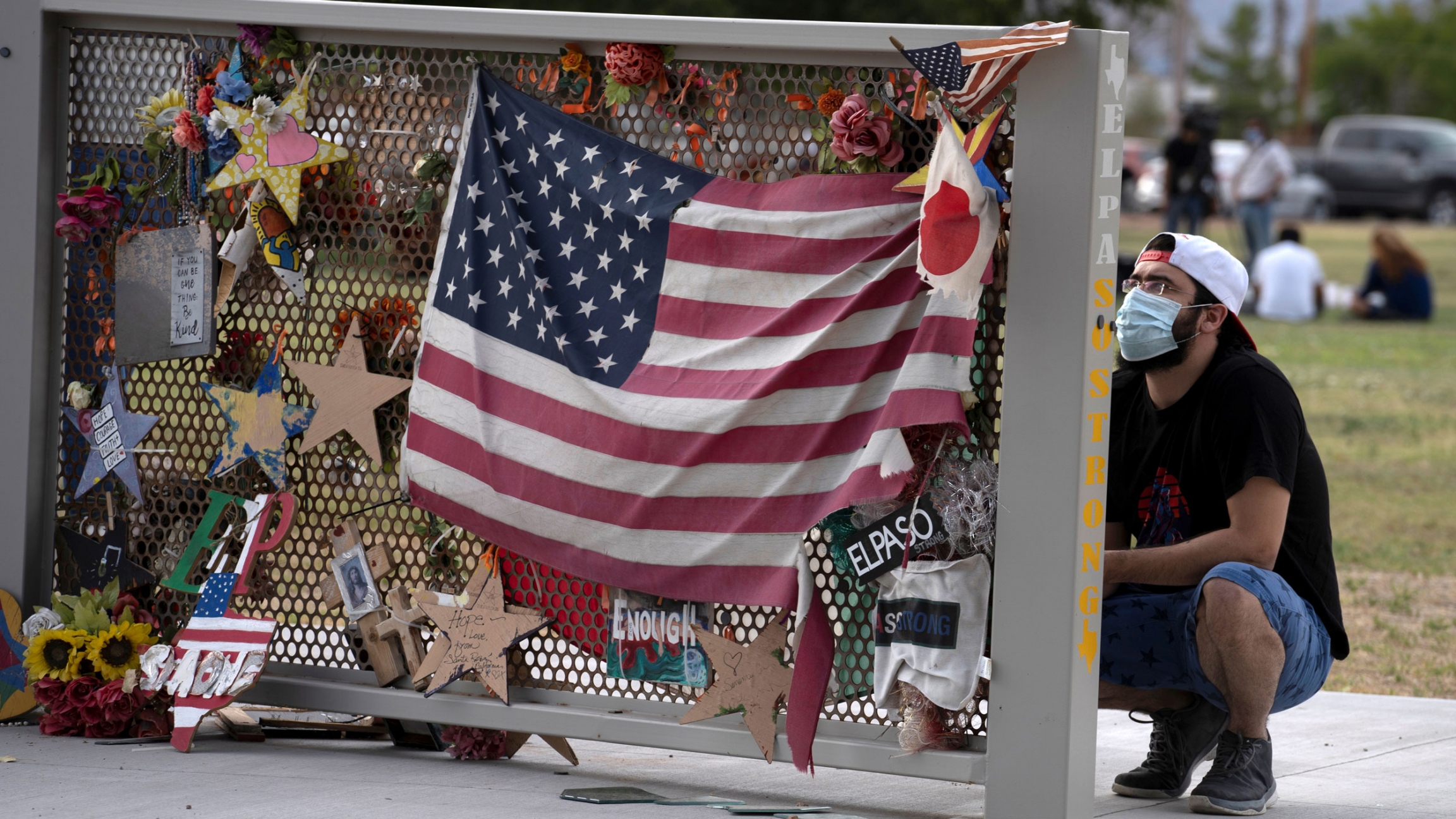 Isaac Chavira pays his respects at a memorial for the 23 victims of the Walmart shooting in Ponder Park in El Paso, Texas, August 2, 2020.

Monday marks the one-year anniversary of a mass shooting at a Walmart store in El Paso, Texas, resulting in the deaths of 23 people, with dozens more wounded. The World looks at how the local community is remembering those who died. And, ISIS carried out a brazen attack on a prison in Jalalabad, Afghanistan, Sunday night. The attack, which went on for about 20 hours, raises questions about security and peace talks. Plus, there's a debate in Canada over outdoor drinking. It's mostly banned because of the coronavirus pandemic — but some cities are now allowing alcoholic beverages to be consumed outdoors to encourage socially distant drinking.