“A normal rainy season is about 24 days,” said Xiquan Dong, an extreme weather expert at the University of Arizona. “This year we got 43.”

But so far, this year’s flooding has not been as catastrophic as the fatal floods of 1998, leading some environmental experts to evaluate how nature-based mitigation strategies like tree planting and floodplain restoration have helped to ease the fallout.

“[This year’s] precipitation is much higher than the year of 1998, but the flooding has been less serious and damaging."

“[This year’s] precipitation is much higher than the year of 1998, but the flooding has been less serious and damaging,” said Junguo, chair professor in the School of Environmental Science and Engineering at Southern University of Science and Technology in Shenzhen, China.

This year, about 158 people have been reported dead or missing so far, and more than 400,000 homes were damaged or destroyed, according to China’s Ministry of Emergency Management. In contrast, the 1998 flood killed more than 3,000 people and left 15 million people homeless.

The Chinese government attributed the 1998 floods to uncharacteristically heavy rains, as well as rampant deforestation and high population density along the Yangtze and its tributaries.

Liu said the 1998 disaster caused the Chinese government to completely rethink flooding management. The new approach —  rolled out in the 10 years after the 1998 flood as part of the National Climate Change Program — shifted the focus toward nature-based solutions for flood risk management.

“Definitely this is a very important turning point for the Chinese government to think about the relation between human and nature,” said Liu.

For centuries, China’s flood control strategy relied on levees built at the riverbank’s edge to keep the water in narrow river channels, with people living and farming on the other side. With over 20,000 miles of levees, China has had one of the most extensive levee systems in the world.

To reverse some of the damage done by an overburdened levee system, China launched some of the largest ecological restoration projects in the world, planting billions of trees to prevent runoff into rivers and absorb more water upstream.

“The Chinese government initiated a lot of programs for the forestry restoration,” said Liu. “So, when we plant more trees … upstream, this can reduce the runoff. And this is very helpful for the mitigation of flood events.”

While the tree-planting schemes have received some criticism for how they were executed, Liu says his studies show that depending on the context, upland tree planting can help reduce flooding by up to 30%.

“[Flood plains are] a natural feature. Rivers tend to swell and rise and occupy their flood plains on a fairly regular basis."

“[Floodplains are] a natural feature. Rivers tend to swell and rise and occupy their flood plains on a fairly regular basis,” Opperman said, adding that relocating people away from floodplains is the best way to protect them from flooding and also allows the river to flow freely.

Opperman said ideally, policies are created to prevent development on the floodplain to begin with.

“Without these kinds of programs, the flood disaster will be much, much worse,” he said.

But upland trees and permeable pavement can only absorb so much water, and floodplain restoration has its limits.

Convincing tens of millions of people to relocate away from the Yangtze River flood plain is nearly impossible, said David Shankman, China flood expert at the University of Alabama.

“It's the heart of China's rice-growing region,” he said.

Many families have lived there for generations and don’t want to give up farming. Despite efforts to encourage people to leave the floodplains, the population continues to increase, causing essential floodwater storage areas to shrink — and that makes the flooding worse, said Shankman.

China has invested billions into building dams on the Yangtze and its tributaries to help regulate floodwaters. Three Gorges Dam, completed in 2006, helped regulate water flow this year by over 30%, according to Chinese state media. The project was controversial partly because it required the forced relocation of 1.3 million people.

Critics now question the effectiveness of the dam, and some have expressed fear that the dam could fail as water pressure builds upstream. 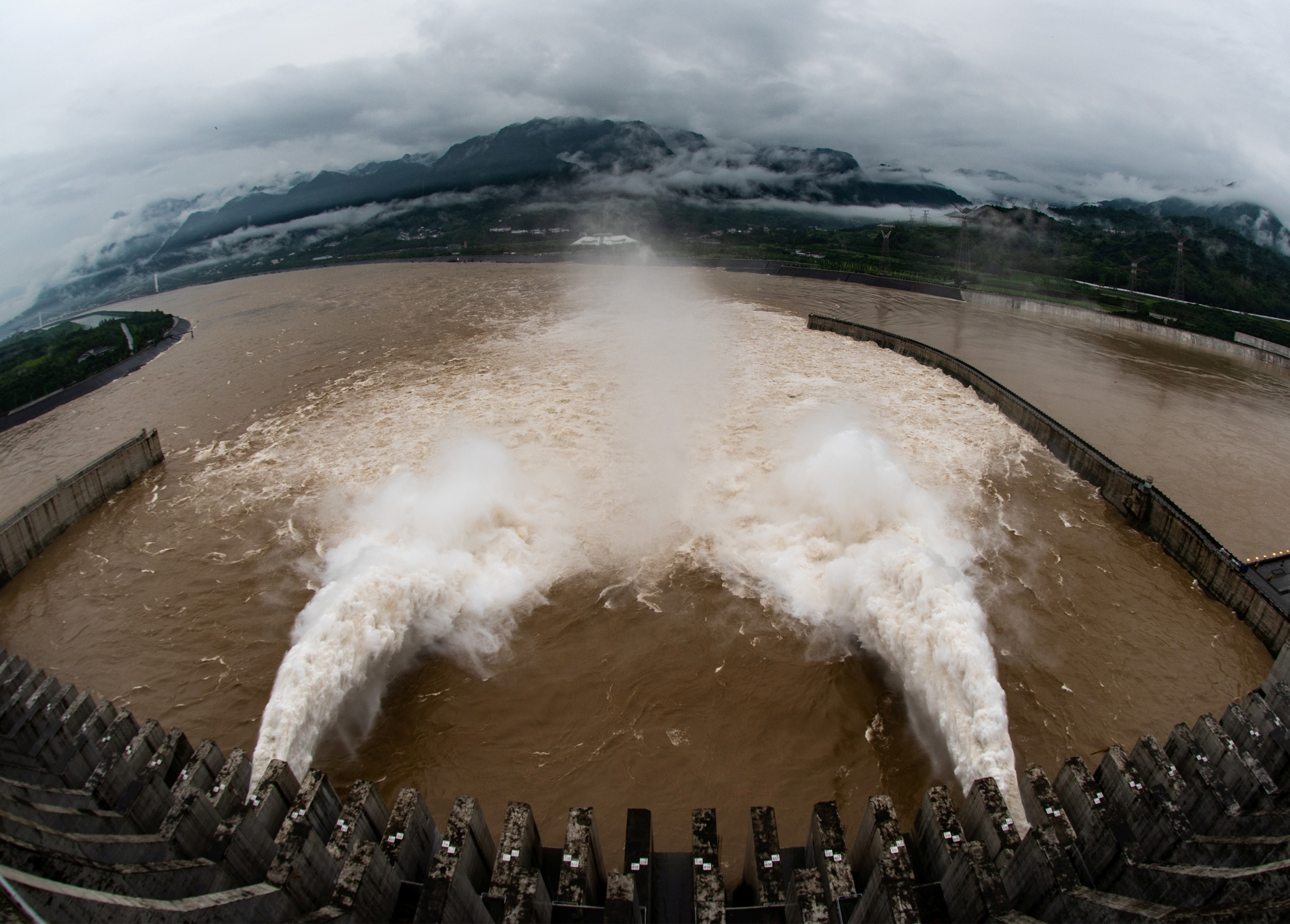 The Three Gorges Dam on the Yangtze River discharges water to lower the water level in the reservoir following heavy rainfall and floods in a few regions, in Yichang, Hubei province, China, July 17, 2020.

'Floods will not go away'

Dong at the University of Arizona said climate change will make above-average rainfall more common along the Yangtze River.

“With climate change, the ocean temperature increases, which causes more water vapor to form over Southern China. ... Extreme events, like flooding, will occur more often than before.”

“With climate change, the ocean temperature increases, which causes more water vapor to form over southern China,” said Dong. “Extreme events, like flooding, will occur more often than before.”

Many studies conducted over the last decade confirm Dong’s findings. Changing rainfall patterns could impact many of the world’s major river systems.

China’s large-scale projects can teach the rest of the world what has worked and what has not, said Cecilia Tortajada, a water policy expert at the University of Singapore.

“In terms of floodwater management, they have learned a lot,” she said.

Countries should prepare for a world with more intense and disruptive flooding events. The challenge will only get harder as the world gets hotter.

“Floods will not go away,” said Tortajada. “You have to plan for it because that will be the new normal.”