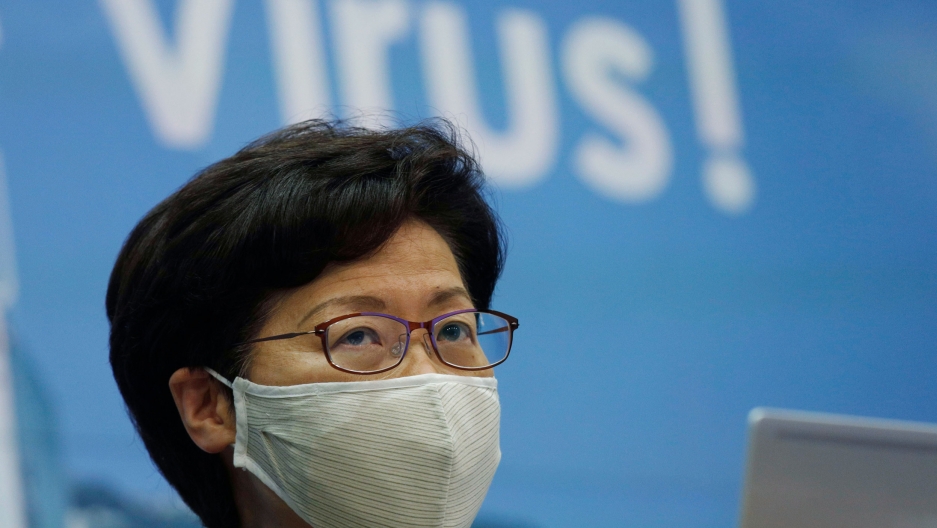 "The announcement I have to make today is the most difficult decision I've had to make in the past seven months," Lam said at a news conference.

"We want to ensure fairness and public safety and health, and need to make sure the election is held in an open, fair and impartial manner. This decision is therefore essential," she said.

The postponement is a setback for the pro-democracy opposition, which was hoping to capitalize on disenchantment with the current pro-Beijing majority to make gains. A group of 22 lawmakers issued a statement ahead of the announcement accusing the government of using the outbreak as an excuse to delay the vote.

"Incumbent pro-democracy legislators, who represent 60% of the public's opinion, collectively oppose the postponement and emphasize the responsibility of the SAR government to make every effort to arrange adequate anti-epidemic measures to hold elections in September as scheduled," the group said, referring to the territory's official name, the Hong Kong Special Administrative Region.

"Otherwise, it is tantamount to uprooting the foundation of the establishment of the SAR."

The city of 7.5 million people has had a surge in coronavirus infections since the beginning of July. Hong Kong has recorded 3,273 infections as of Friday, more than double the tally on July 1.

The government has tightened social distancing restrictions, limiting public gatherings to two people, and banned dining-in at restaurants after 6 p.m.

The lead-up to the elections had been closely watched after a national security law that took effect in late June stipulated that candidates who violated the law would be barred from running.

The new law was seen as Beijing's attempt to curb dissent in the city after months of pro-democracy and anti-government protests rocked Hong Kong last year over a controversial — but now withdrawn — extradition bill that would allow suspects to be sent to the mainland for trial.

The monthslong protests plunged Hong Kong into its largest ever political crisis, with clashes between protesters and police turning violent at times. Over 8,000 people have been arrested in connection to the protests since June 2019.

Dissatisfaction with the Hong Kong government helped the pro-democracy bloc achieve a landslide victory in district council elections last November, a momentum that the opposition was hoping to ride to gain a majority in the legislature.

US Secretary of State Mike Pompeo said on Thursday that the elections in Hong Kong "must proceed on time."

"The people of Hong Kong deserve to have their voice represented by the elected officials that they choose in those elections," he said. "If they destroy that, if they take that down, it will be another marker that will simply prove that the Chinese Communist Party has now made Hong Kong just another Communist-run city."

"It is the responsibility of the Hong Kong SAR government to ensure that the elections for the 7th Legislative Council are held in a safe, orderly, fair and just environment," ministry spokesperson Wang Wenbin said Friday. "We believe that the Hong Kong SAR government will proceed from the current anti-epidemic situation in Hong Kong and handle relevant matters in accordance with the law." 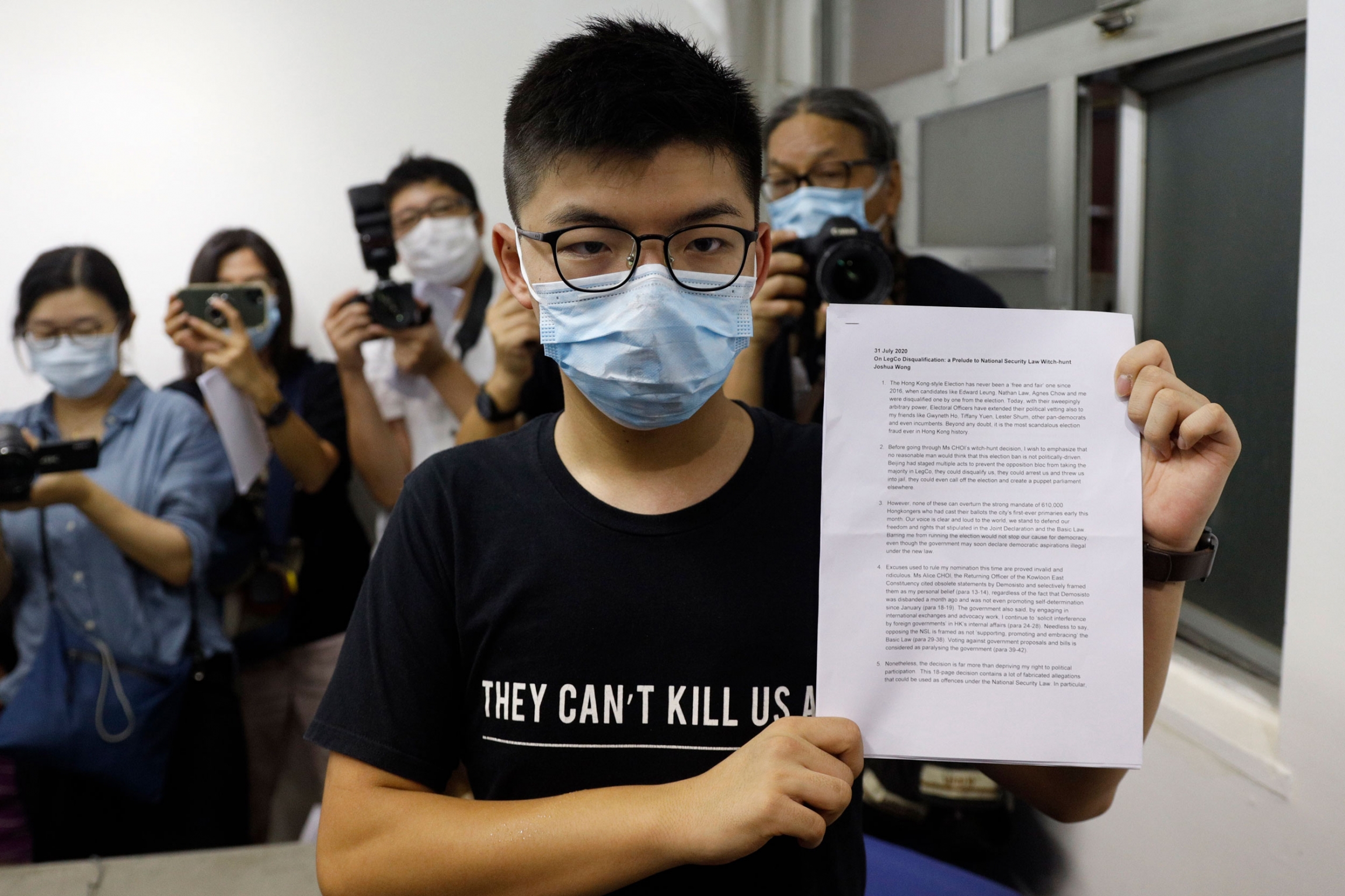 On Thursday, 12 pro-democracy candidates including prominent pro-democracy activist Joshua Wong were disqualified from running for not complying with the city's mini-constitution or pledging allegiance to the local and national governments.

"Beyond any doubt, this is the most scandalous election ever in Hong Kong history," Wong said at a news conference Friday. "I wish to emphasize that no reasonable man would think that this election ban is not politically driven."

"Beijing has staged multiple acts to prevent the opposition bloc from taking the majority in the Hong Kong legislature," he said.

"Postponing the September elections for a year is a cynical move to contain a political emergency, not a public health one. This simply allows Hong Kong Chief Executive Carrie Lam to deny Hong Kong people their right to choose their government," said Sophie Richardson, the group's China director.

"Without making any attempt to look at alternative methods of voting, or ensuring all voting rights will be respected, Lam and her backers in Beijing are merely masking repression under the guise of public health," she said.