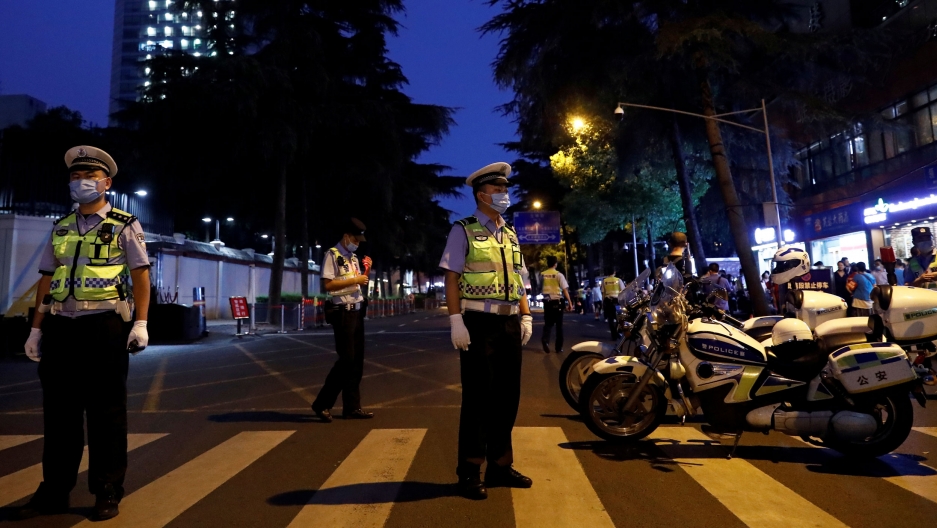 Police officers stand guard outside the US Consulate General in Chengdu, China July 24, 2020.

China has followed through on its promises of retaliation toward the US. Beijing on Friday ordered the US to close its consulate in Chengdu in the southwestern Sichuan province. The tit-for-tat move came after the US gave China 72 hours to close its consulate in Houston. It further deteriorates already tense relations between the world's two largest economies. The US Consulate in Chengdu is being seen as roughly reciprocal in terms of scale and impact.

"The US move seriously breached international law, the basic norms of international relations, and the terms of the China-US Consular Convention. It gravely harmed China-US relations," China's Foreign Ministry said in a statement.

US Secretary of State Mike Pompeo, speaking yesterday at the Richard Nixon Presidential Library in California, had unsavory words about China’s relations with the West and called on “freedom-loving nations of the world” to band together and “induce China to change.”

China recently passed a sweeping national security law that critics argue severely infringes on freedom of speech. Has China won the battle for Hong Kong? Today on The World, we’ll hear from Regina lp, who chairs the pro-Beijing conservative New People's Party and has a different perspective from Hong Kong.

“I feel sorry for them. All the problems they face now are of their own doing. They are too young to make judgments on these fundamental issues,” Ip told "The Economist Asks" podcast.

And, today would have been the start of the 2020 Olympic Games in Tokyo. The coronavirus pandemic forced the International Olympic Committee to postpone the games for a year. Athletes around the world are taking to social media and offering their thoughts on the would-be games. 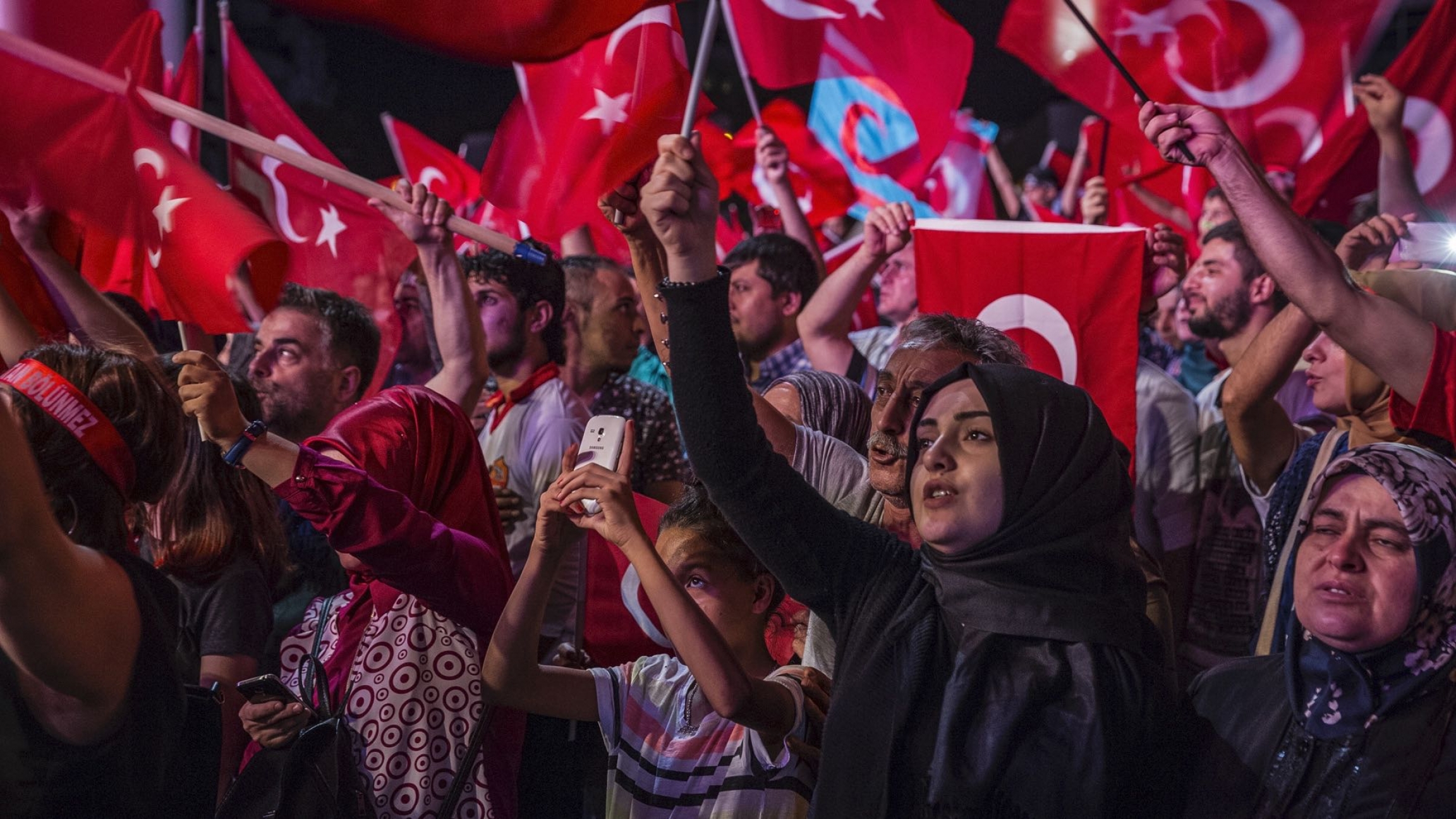 The Gülenists, dubbed by Turkey as FETO, the Fethullahist Terror Organization, are being purged on a massive scale. The Turkish government has managed to extradite, kidnap and otherwise push foreign governments to hand over Gülenists from foreign countries — Kazakhstan, Moldova, Kosovo and Pakistan, to name a few. 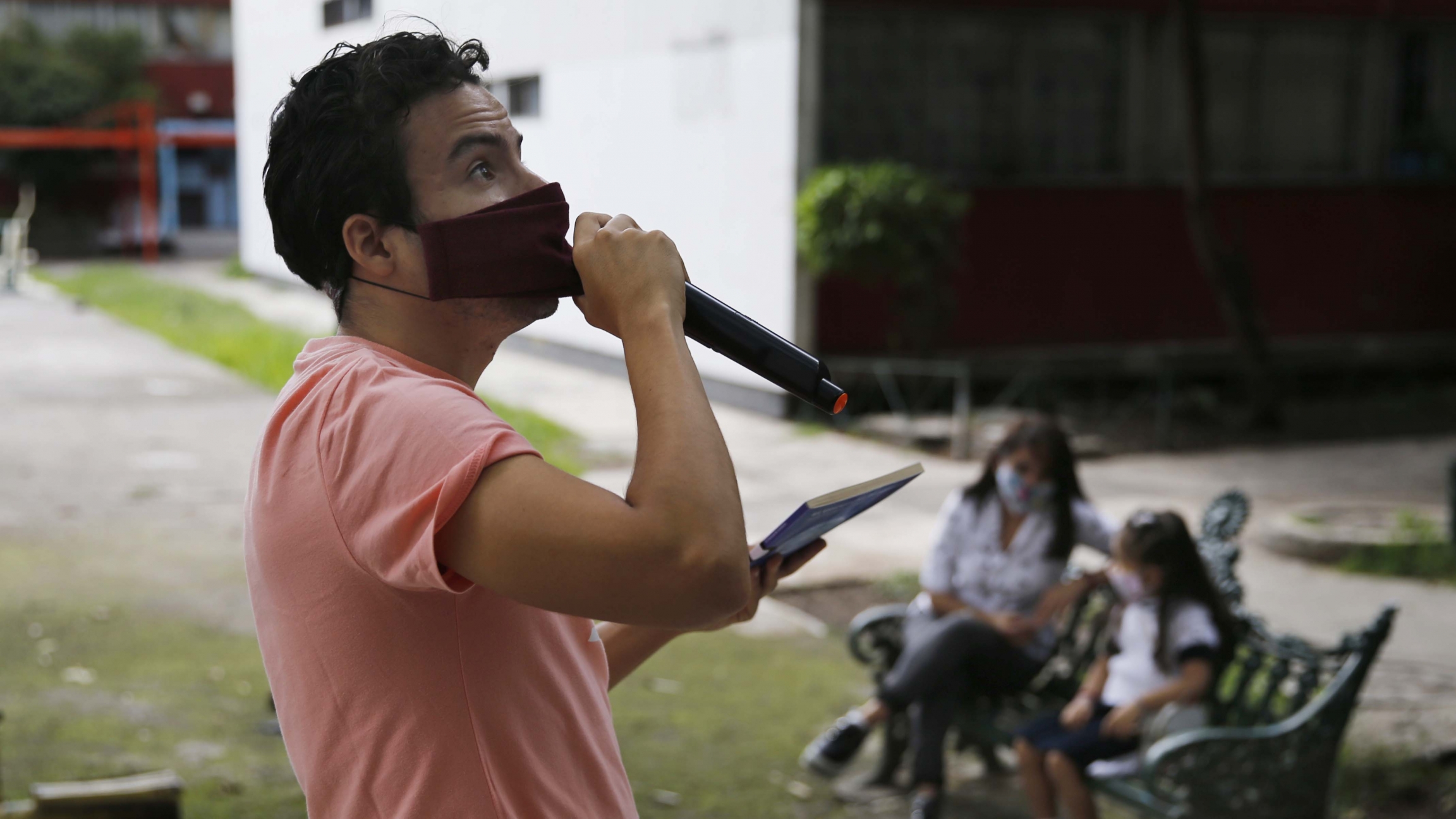 Residents listen from a bench, background, as Percibald García reads children's books aloud outside the high-rise buildings in the Tlatelolco housing complex, in Mexico City, on July 18, 2020.

As the coronavirus lockdown forced people indoors, Percibald García, an architect, grabbed a microphone and portable speaker and began doing readings of children’s stories in an empty public square in Mexico City. Every day, children flock to their windows and balconies to listen.

Ever wonder what perfume smelled like in London in the 1800s? A ship called the Mary Celestia sank in 1864 off the coast of Bermuda. About 150 years later, divers visiting the shipwreck uncovered a perfectly preserved bottle of perfume from a London parfumerie. Perfumer Isabelle Ramsay-Brackstone worked to re-create the scent. Here's to some olfactory fun. 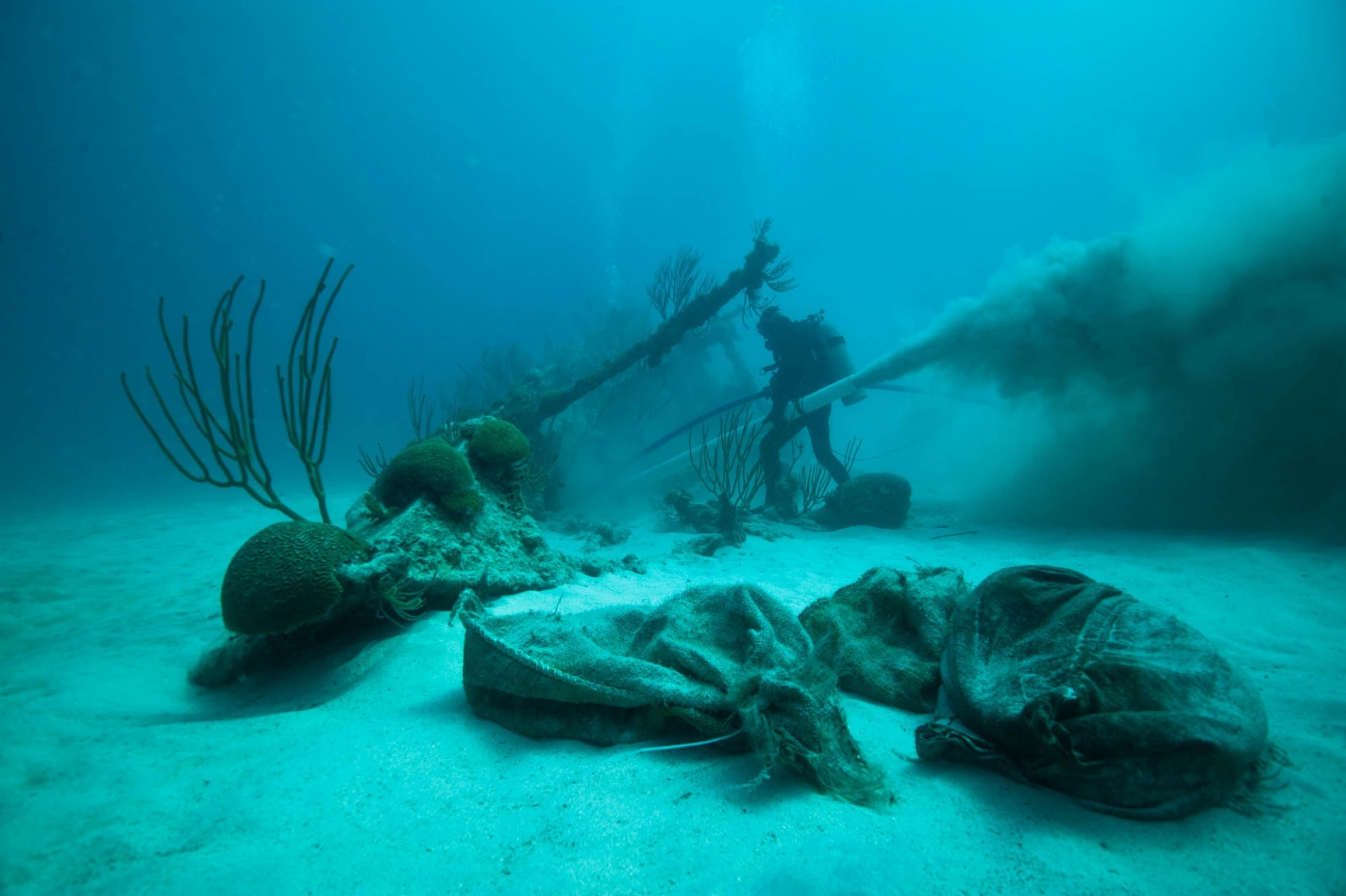 A diver visits the location where the Mary Celestia sank off the coast of Bermuda. 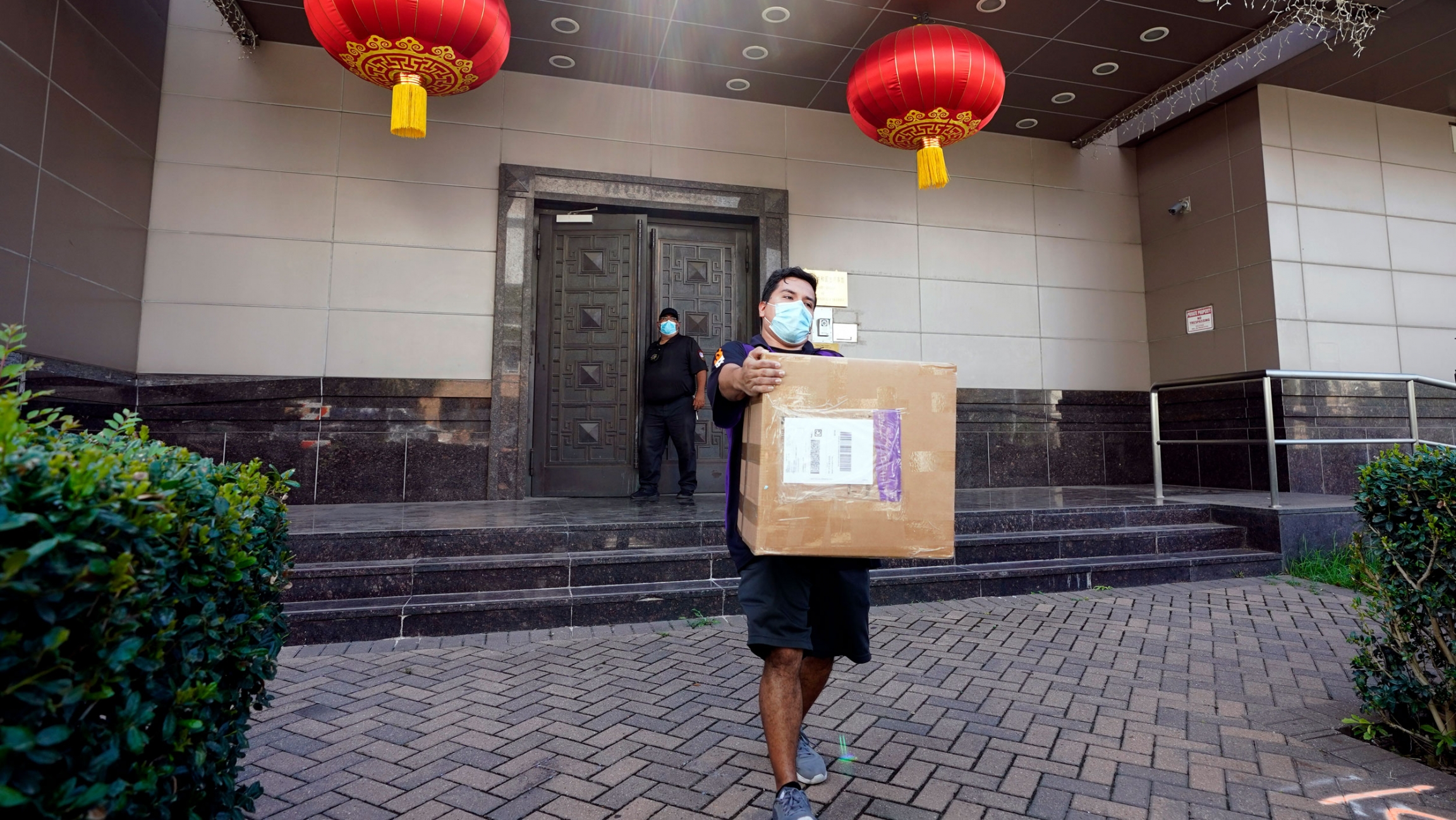 A FedEx employee removes a box from the Chinese Consulate Thursday, in Houston, July 23, 2020. US has ordered China to close its consulate in Houston.

US-China relations have grown tense with regular clashes over trade, security, human rights and China's Hong Kong policies. Now, Secretary of State Mike Pompeo is warning of Chinese meddling in Hong Kong's upcoming Legislative Council elections. And, since 2002, a treaty allows Canada to turn back asylum-seekers who come to its border checkpoints and hand them to US officials, where they face detention. But a Canadian judge ruled on Tuesday that the treaty is unconstitutional. Plus, the British boy band One Direction are celebrating 10 years since their founding.