Confinement during the coronavirus pandemic is tough for everyone. But it’s perhaps especially difficult for children. They’re stuck inside, bored and not able to go to school or play with friends.

At one apartment complex in the Tlatelolco neighborhood of Mexico City, children have something to look forward to every afternoon: the storytelling of Percibald García.

García is a local architect who has taken to doing regular readings of children’s stories in the complex’s public square. It’s a project he calls De La Casa A La Plaza — meaning "from the house to the plaza."

“Me and my mom, we were in Tlatelolco, and suddenly, we heard this kid going out of his window screaming, ‘I’m bored!’ Then we were like, 'OK, we need to do something. They’re having a really hard time',” García told The World.

“When this pandemic started, we started to get a lot of things for adults to avoid depression or avoid frustration, like yoga workshops or fitness classes,” he continued. “But no one creates these things for kids.”

So, beginning in May, García started taking a portable microphone and giant speaker into the plaza and reading stories to neighborhood children who listen and watch from their windows. García often works music into his performances, and sometimes brings in other readers as well — even a puppeteer.

Since early March, Mexico’s Health Ministry has reported more than 362,000 confirmed cases of the coronavirus and 41,190 deaths. Its death rate ranks among the top five worldwide.

García says children’s storytelling may seem like an unlikely hobby for an architect, but he sees the activities as related. He works in a practice of architecture known as “social production of habitat,” which takes into account not just the physical attributes of a space, but its social and cultural aspects as well.

“A space has a cultural, a political, ecological, economical dimension,” he explained. “So, it’s constructed by a lot of complex, intangible things, you know? Situations, connections. We can have a city without buildings, but we cannot have a city without citizens.”

Social distancing doesn’t negate that, he says — it just requires us to think about using public spaces in a different way, even if we can’t gather in them together physically. 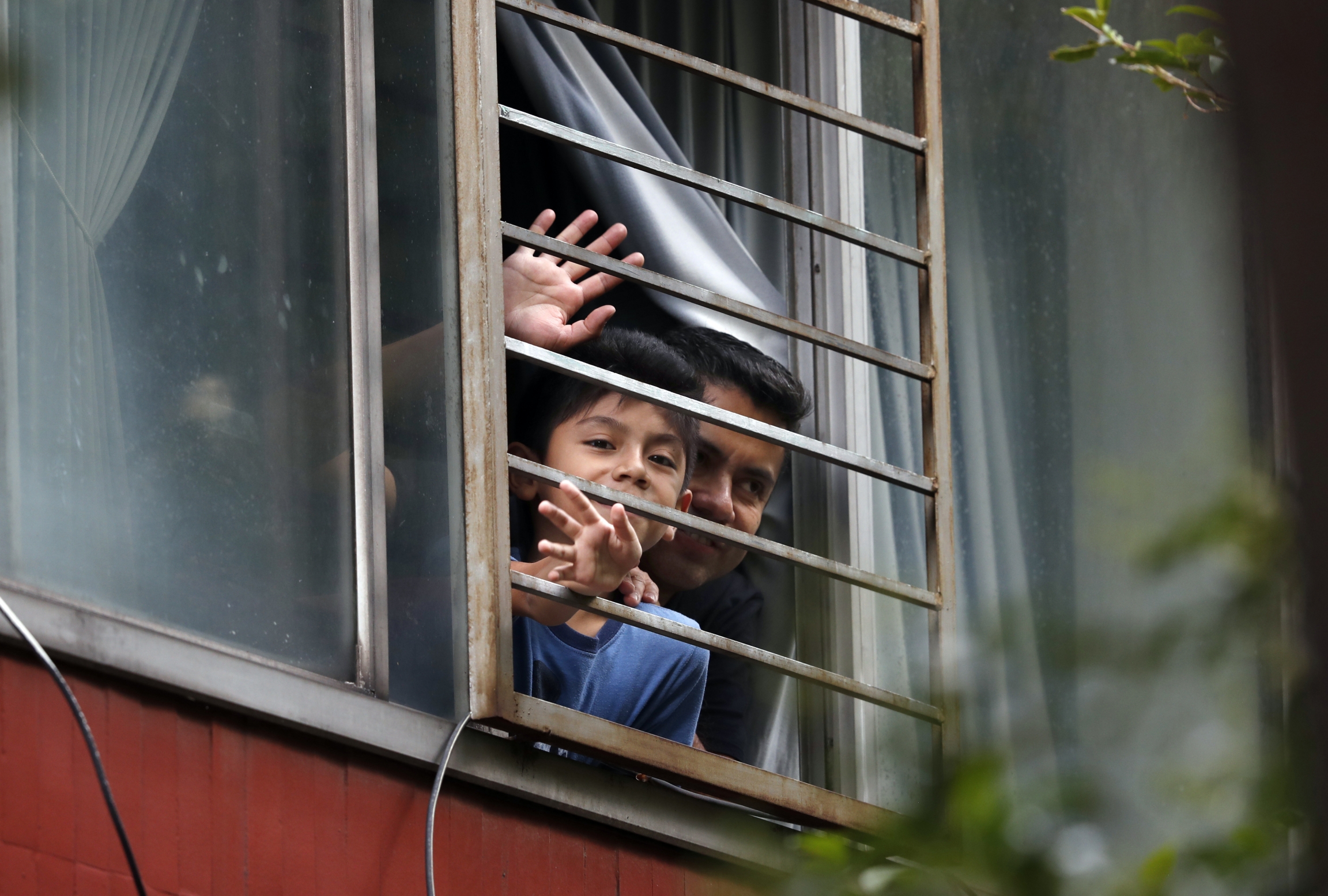 Residents wave from an apartment as Percibald García reads children's books aloud outside the high-rise buildings in the Tlatelolco housing complex, in Mexico City, Mexico, on July 18, 2020.

“This is a ritual: Every day at 3 p.m., all our eyes, all our attention, all our imagination is inside the plaza, and you can occupy this space in a symbolic way,” he said.

García points to one example. Recently, it was one young resident’s birthday. The girl’s grandfather asked García to greet her and play the birthday song, "Las Mañanitas.” Other residents of the complex began to sing along from their own windows.

“Our voices were occupying this space, and we reunited to celebrate this girl’s birthday. We were creating community,” García said.

He added: “We are imagining and reimagining even though we are inside our apartments.”