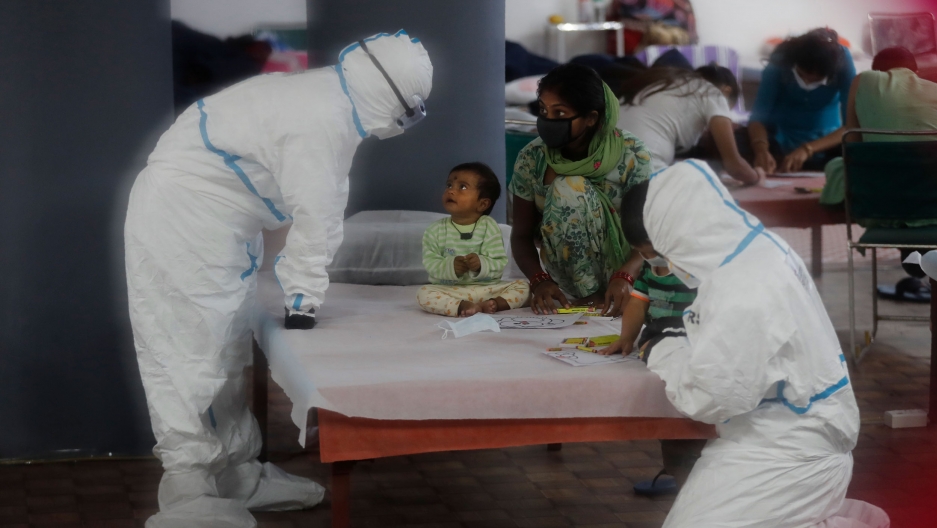 Doctors and health workers entertain children at a COVID-19 care center functioning in an indoor stadium in Delhi, India, July 20, 2020.

India, the country with the third-most cases worldwide of the coronavirus behind the US and Brazil, reported a record jump of more than 45,000 infections Wednesday. The spike comes after a new study from India’s National Center for Disease Control showed more than 1 in 5 people in the capital, Delhi, have been infected.

At the same time, the United States, which has the most confirmed cases globally, is setting new daily records. California overtook New York on Wednesday as the worst-hit state. Total cases in California, the most populous US state, rose by more than 12,000, marking the biggest single-day increase since the pandemic started. If California were a country, it would rank fifth in the world for total cases of the coronavirus.

And Brazil has its own unique challenges with the country’s president, Jair Bolsonaro — who has tested positive for the coronavirus — doubling down on calls for the economy to be reopened despite rising cases. He has also praised the anti-malaria drug hydroxychloroquine, despite the World Health Organization's guidance that it should no longer be prescribed to COVID-19 patients. Tests on hydroxychloroquine have shown it likely offers no benefit and could even increase the risk of death.

Podcast: How the coronavirus crisis has exposed entrenched health inequities

The brutal murder of Pınar Gültekin, a 27-year-old woman by her former boyfriend, has sparked outrage and protests in Turkey, a country with a high femicide rate. Gültekin was reported missing last week and was found dead in the woods on Tuesday.

The FBI believes that a fugitive Chinese researcher, Juan Tang, has been hiding in the Chinese Consulate in San Francisco for a month. Tang, who worked at University of California, Davis, is accused of visa fraud for hiding her affiliation with the Chinese military. 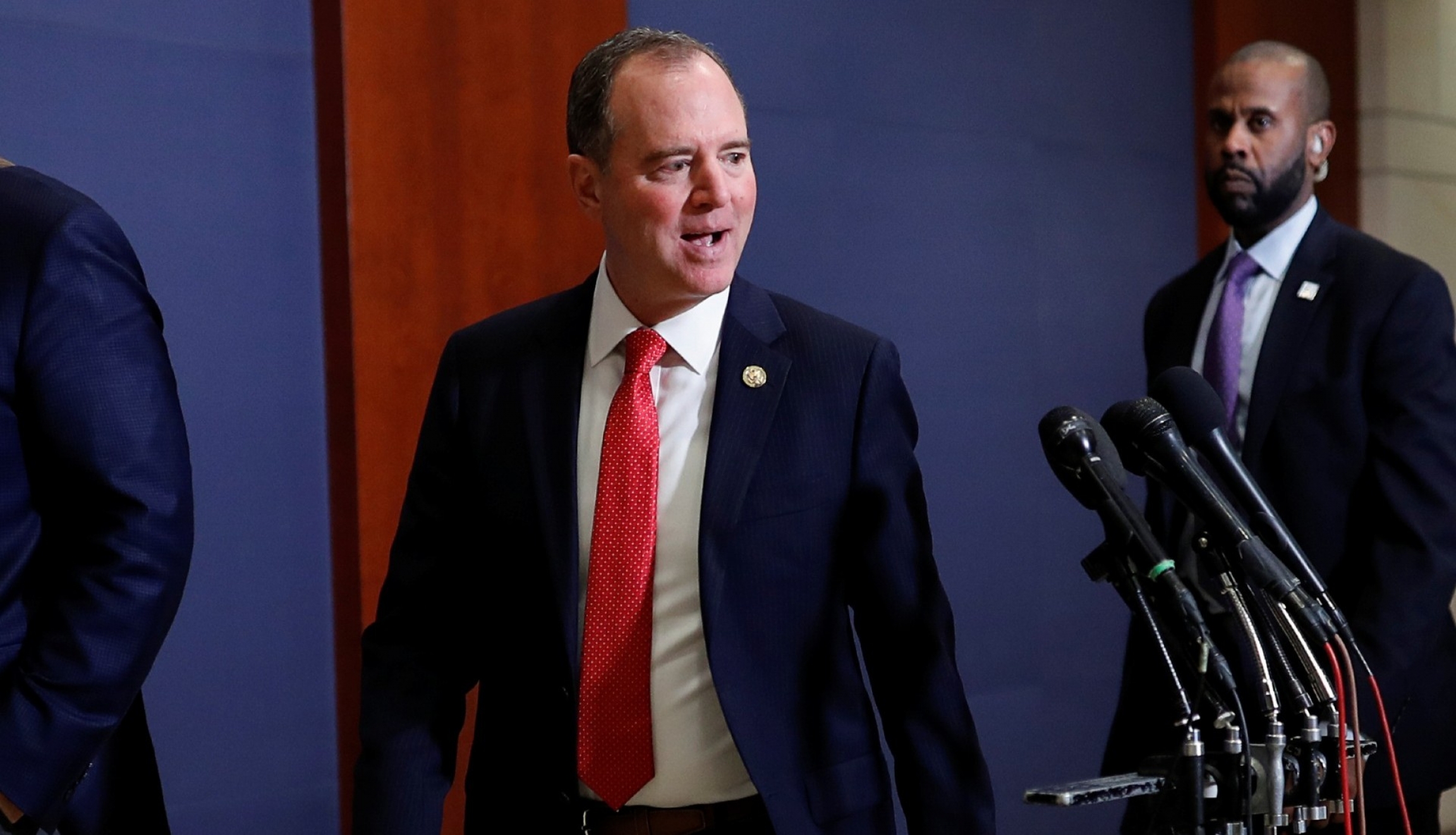 House Intelligence Committee Chairman Adam Schiff (D-CA) arrives for a national security briefing before members of the House of Representatives about how Russia has been using social media to stoke racial and social differences ahead of this year's general election, on Capitol Hill in Washington, US on March 10, 2020.

House Intelligence Committee chair, Rep. Adam Schiff, along with other Democratic lawmakers, wrote a letter this week demanding an FBI briefing for all members of Congress on a "foreign interference campaign" targeting the 2020 election. He spoke to The World's host Marco Werman about how that interference could play out. 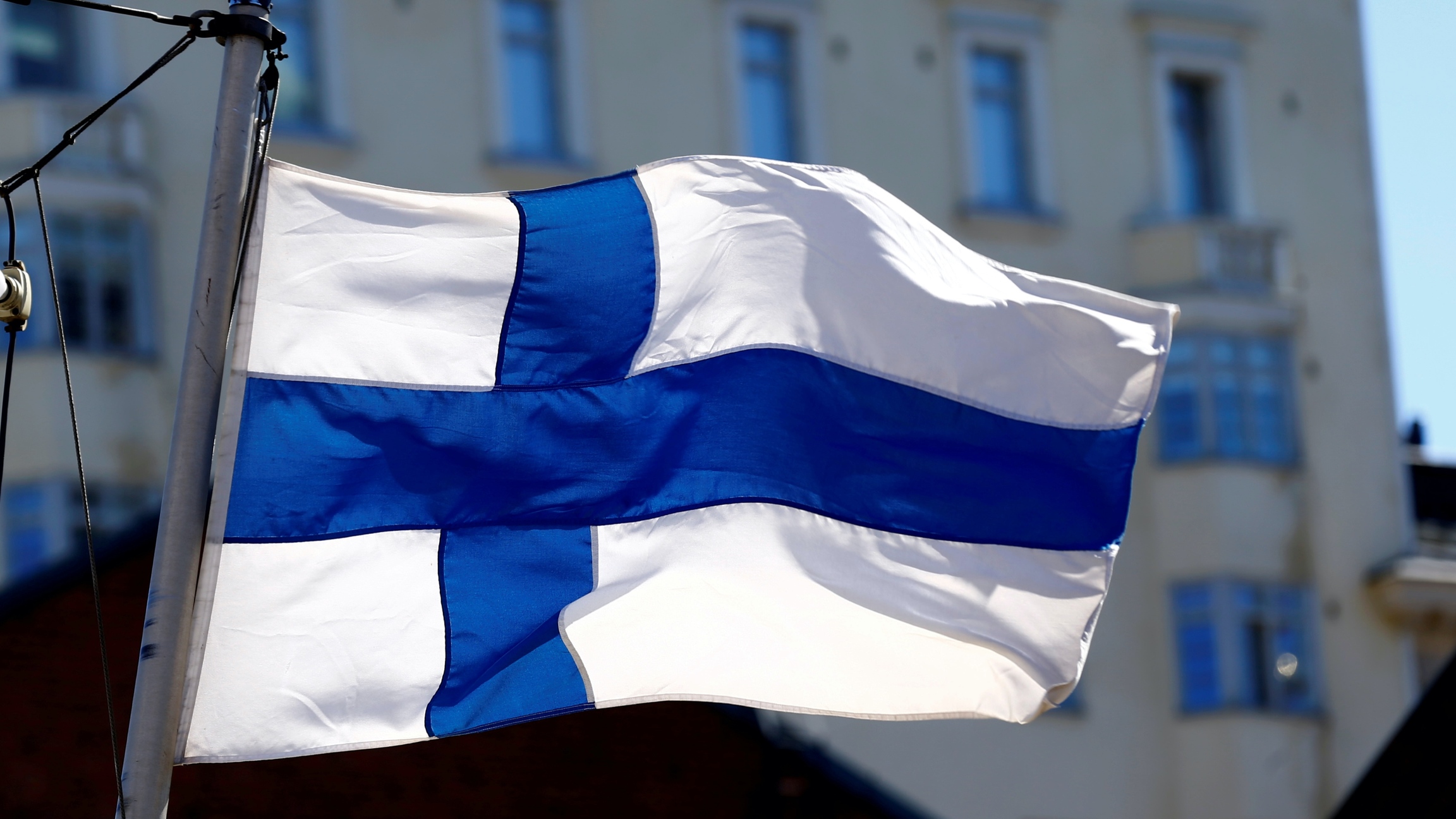 In a country of 5.5 million, Finland has had just over 320 deaths from the coronavirus. So far, they’ve succeeded in containing the disease. And they’re not making a big deal about it. By some measures, this might be quintessential sisu.

Since April, the Yorkshire Museum has hosted 18 different #CuratorBattles under themes such as #CreepiestObject and #BestEgg. One of its latest is #BestMuseumBum. 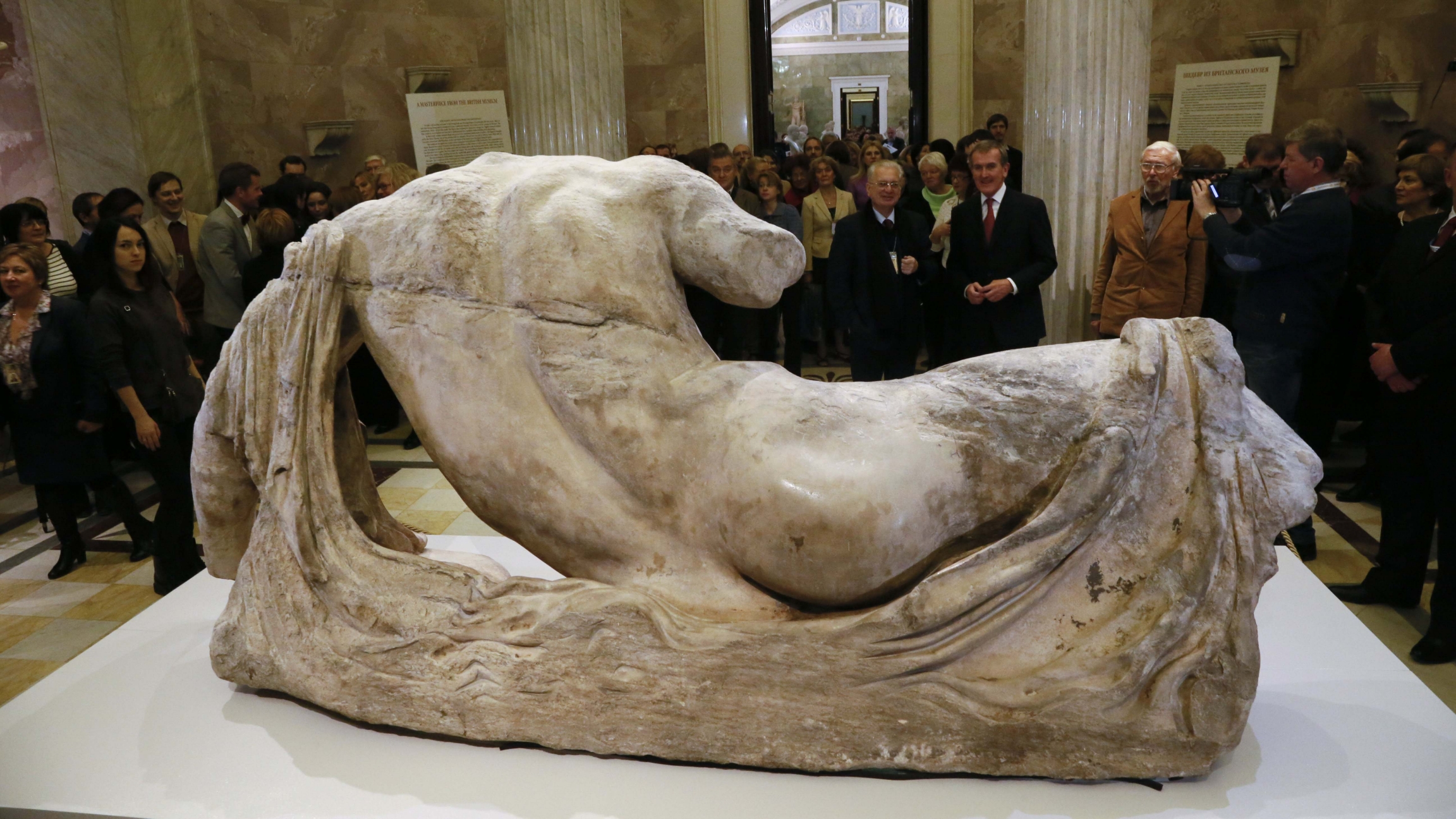 Onlookers attend the opening of the exhibition on Greek art with the marble sculpture of the river god Ilissos, in front, in the Hermitage in St. Petersburg, Russia, Dec. 5, 2014. 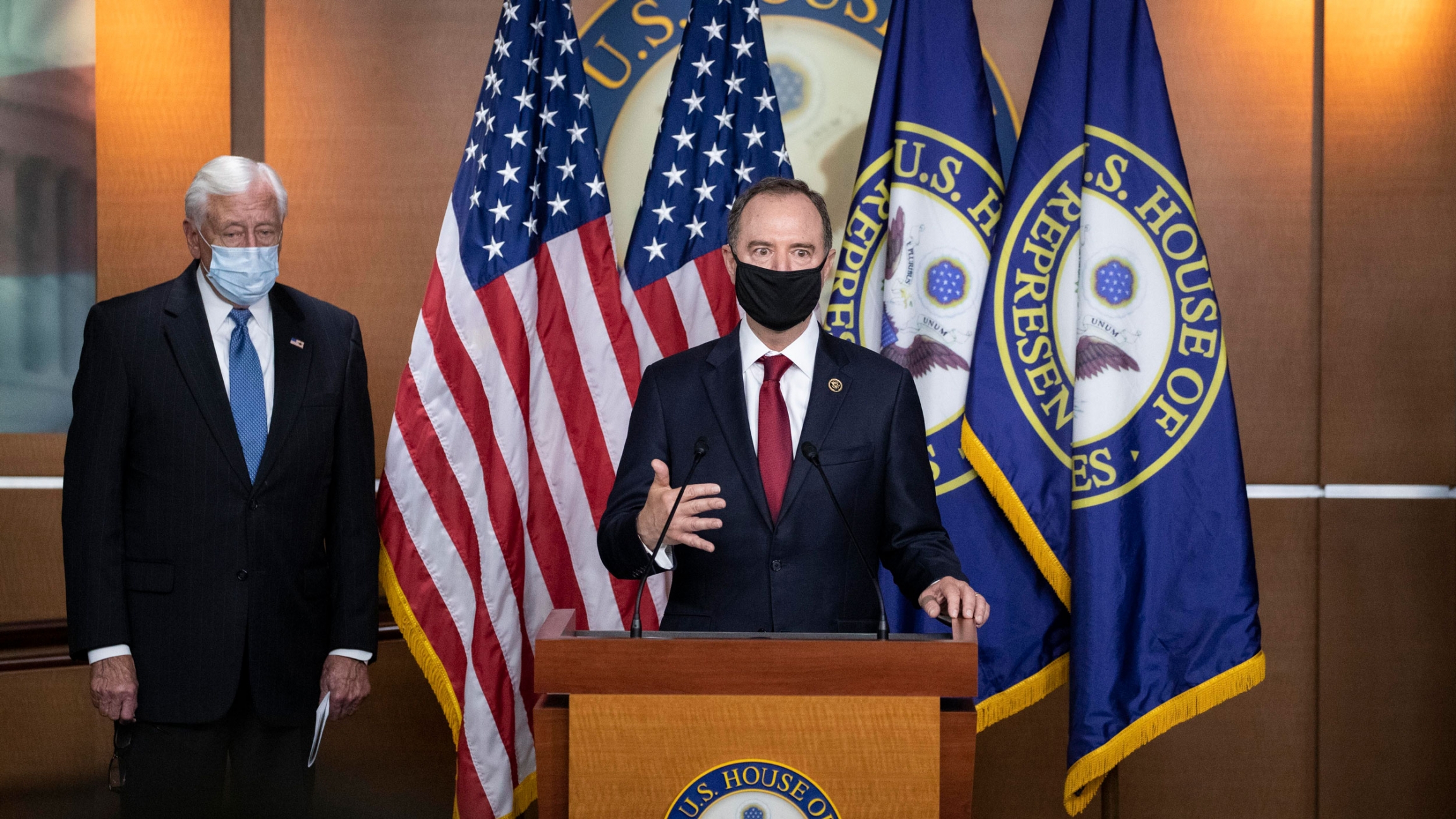 US Democratic lawmakers are demanding a prompt FBI briefing on an alleged foreign interference campaign targeting the 2020 election. And, the Trump administration told China to close its consulate in Houston, Texas, giving staff there 72-hours notice. Plus, a recent social media campaign launched by the Yorkshire Museum in England, called #BestMuseumBum, went viral and museum curators worldwide are still talking about it.