A statue of a Black Lives Matter protester has been erected atop the plinth in the English city of Bristol formerly occupied by a statue of the slave trader Edward Colston.

Marc Quinn created the life-size resin and steel likeness of Jen Reid, a protester photographed standing on the plinth after demonstrators pulled down the statue of Edward Colston and dumped it in Bristol's harbor on June 7.

The statue, titled "A Surge of Power (Jen Reid)" was erected before dawn on Wednesday without approval from city officials.

Reid, who came to inspect her likeness, said "it's something that fills me with pride." 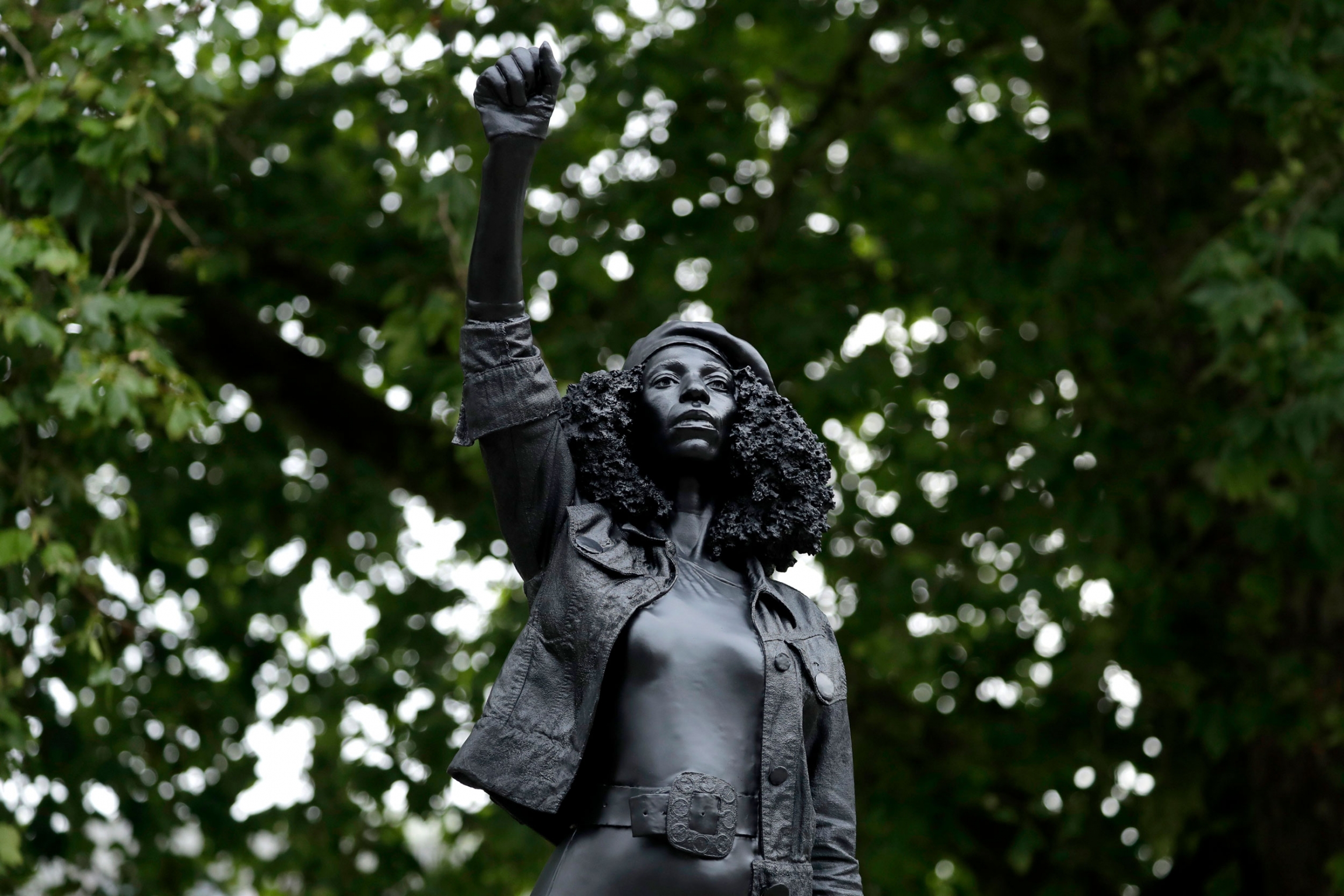 A close-up of the statue entitled "A Surge of Power (Jen Reid) 2020" by artist Marc Quinn in Bristol, England.

Colston was a 17th-century trader who made a fortune transporting enslaved Africans across the Atlantic to the Americas on Bristol-based ships. His money funded schools and charities in Bristol, southwest of London.

The toppling of his statue was part of a worldwide reckoning with racism and slavery sparked by the death of a Black American man, George Floyd, at the hands of police in Minneapolis in May.

Quinn, one of Britain's best-known sculptors, said Reid had "created the sculpture when she stood on the plinth and raised her arm in the air. Now we're crystallizing it."

City authorities fished the Colston statue out of the harbor and say it will be placed in a museum, along with placards from the Black Lives Matter demonstration.

Bristol Mayor Marvin Rees cast doubt on whether the new statue would be allowed to stay, noting that it "was the work and decision of a London-based artist."

"The future of the plinth and what is installed on it must be decided by the people of Bristol," he said in a statement.

"This will be critical to building a city that is home to those who are elated at the statue being pulled down, those who sympathize with its removal but are dismayed at how it happened and those who feel that in its removal, they've lost a piece of the Bristol they know, and therefore themselves."