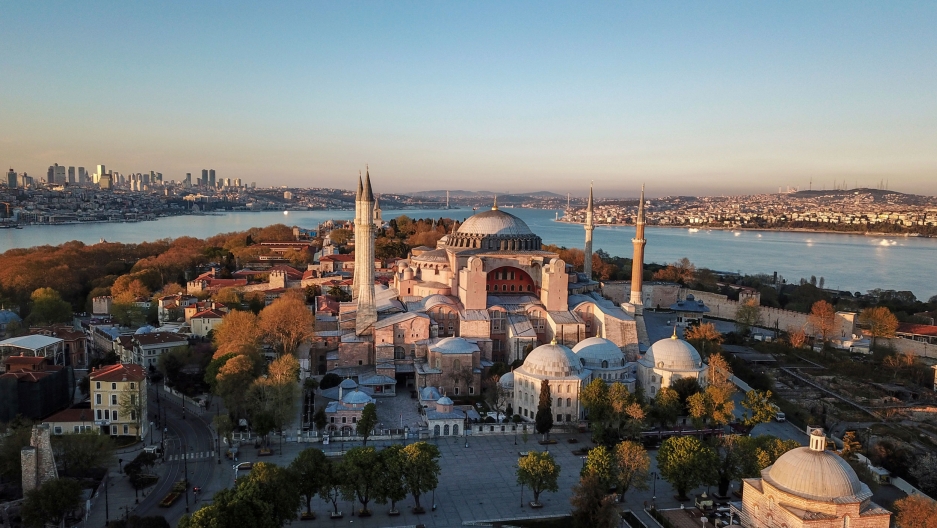 An aerial view of the Byzantine-era Hagia Sophia, one of Istanbul's main tourist attractions in the historic Sultanahmet district of Istanbul.

Only hours after a high court annulled a 1934 decision that had turned the Haghia Sophia into a museum, Turkish President Recep Tayyip Erdoğan on Friday formally reconverted the sixth-century iconic building into a mosque and declared it open to Muslim worship.

The decision to reconvert Haghia Sophia — a former cathedral that was turned into a mosque after Istanbul's conquest by the Ottoman Empire and had served as a museum for 86 years — sparked deep dismay among Orthodox Christians.

But there was jubilation outside Haghia Sophia. Dozens of people who awaited the court's ruling outside chanted "Allah is great!" when the news came out.

Turkey's high administrative court threw its weight behind a petition brought by a religious group and annulled the 1934 Cabinet decision that turned the site into a museum. Within hours, Erdoğan signed a decree handing over Haghia Sophia to Turkey's Religious Affairs Presidency.

Erdoğan has demanded that the hugely symbolic world heritage site should be turned back into a mosque despite widespread international criticism, including from the United States and Orthodox Christian leaders. The move could also deepen tensions with neighboring Greece. 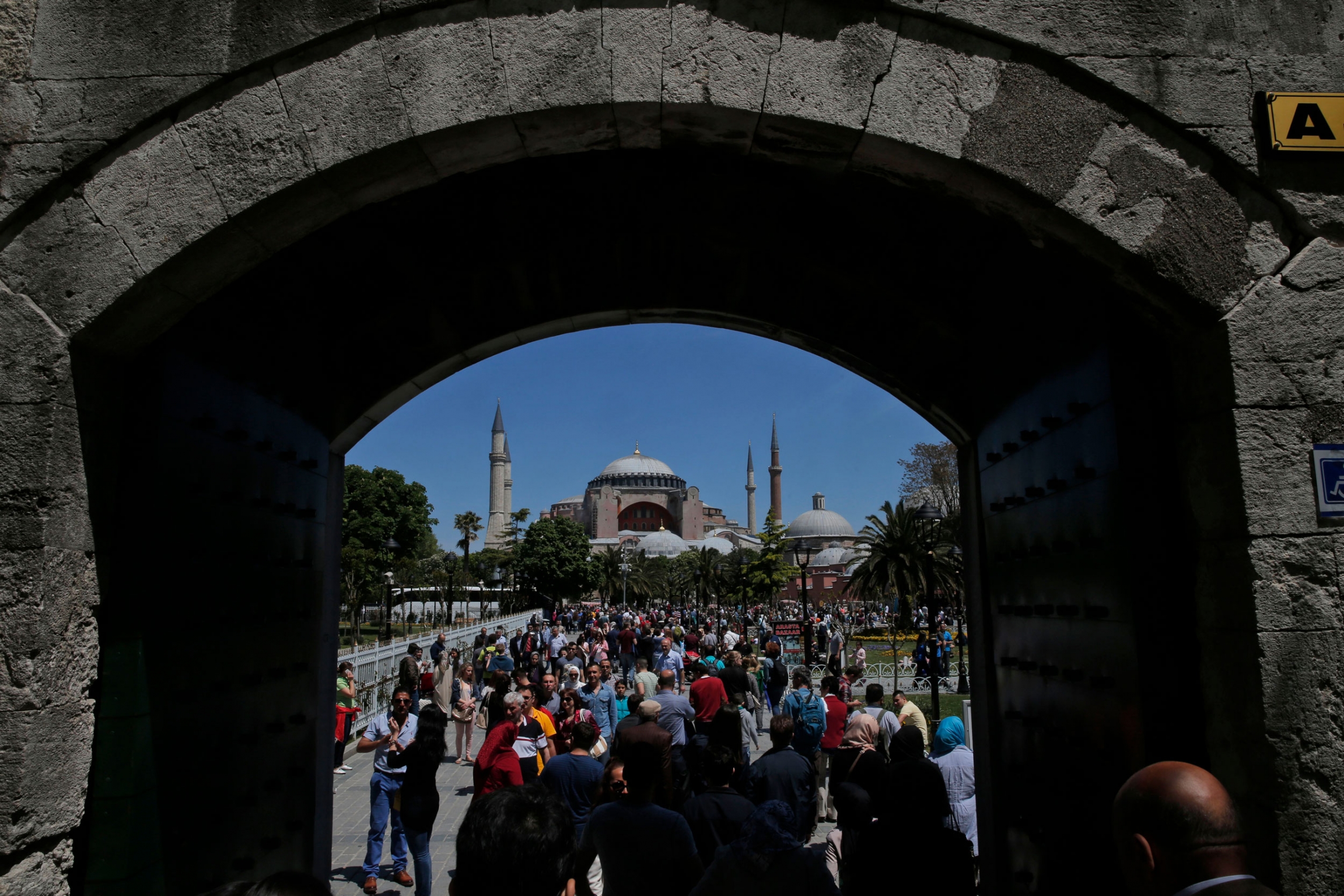 Cypriot Foreign Minister Nikos Christodoulides, a Greek Cypriot, posted on his official Twitter account that Cyprus "strongly condemns Turkey's actions on Haghia Sophia in its effort to distract domestic opinion and calls on Turkey to respect its international obligations."

Christodoulides said Turkey's "escalating, flagrant violation of its international obligations is manifested in its decision to alter the designation of Haghia Sophia, a world heritage site that is a universal symbol of the Orthodox faith."

Nationalist and conservative groups have long been yearning to hold prayers at Hagia Sophia, which they regard as part of the Muslim Ottoman legacy. Others believe the UNESCO World Heritage site should remain a museum, as a symbol of Christian and Muslim solidarity.

The group that brought the case to court had contested the legality of the 1934 decision by the modern Turkish republic's secular government ministers and argued that the building was the personal property of Ottoman Sultan Mehmet II, who conquered Istanbul in 1453.

The court ruled that Haghia Sophia was the property of a foundation managing the Sultan's assets and was opened up to the public as a mosque.

The Istanbul-based Ecumenical Patriarch Bartholomew I, considered the spiritual leader of the world's Orthodox Christians, warned in late June that the building's conversion into a mosque "will turn millions of Christians across the world against Islam."

Patriarch Kirill, the leader of the Russian Orthodox Church, called for "prudence" and the preservation of the "current neutral status" for the Haghia Sophia, which he said was one of Christianity's "devoutly venerated symbols." In a statement this week, he said: "Russia is a country with the majority of the population professing Orthodoxy, and so, what may happen to Hagia Sophia will inflict great pain on the Russian people."

US State Secretary Mike Pompeo said last month that the landmark should remain a museum to serve as a bridge between faiths and cultures. His comments sparked a rebuke from Turkey's Foreign Ministry, which said Haghia Sophia was a domestic issue of Turkish national sovereignty.

Erdoğan, a devout Muslim, has frequently used the Hagia Sophia issue, which sits at the heart of Turkey's religious-secular divide, to drum up support for his Islamic-rooted party.

Some Islamic prayers have been held in the museum in recent years and in a major symbolic move, Erdoğan recited the opening verse of the Quran in the Haghia Sophia in 2018.

Built under Byzantine Emperor Justinian, Haghia Sophia was the main seat of the Eastern Orthodox church for centuries, where emperors were crowned amid ornate marble and mosaic decorations.

Four minarets were added to the terracotta-hued structure with cascading domes and the building was turned into an imperial mosque following the 1453 Ottoman conquest of Constantinople — the city that is now Istanbul.

The building opened its doors as a museum in 1935, a year after the Council of Ministers' decision.

Mosaics depicting Jesus, Mary and Christian saints that were plastered over in line with Islamic rules were uncovered through arduous restoration work for the museum. Haghia Sophia was the most popular museum in Turkey last year, drawing more than 3.7 million visitors.

News reports have said the conversion could occur in time for prayers on July 15, when Turkey marks the quashing of a coup attempt in 2016.

A poll conducted in June by Istanbul Economy Research showed 46.9% of respondents favored Haghia Sophia being opened to Muslim worship while 38.8% said it should remain a museum. 13% said it should be open to worship for all religions.