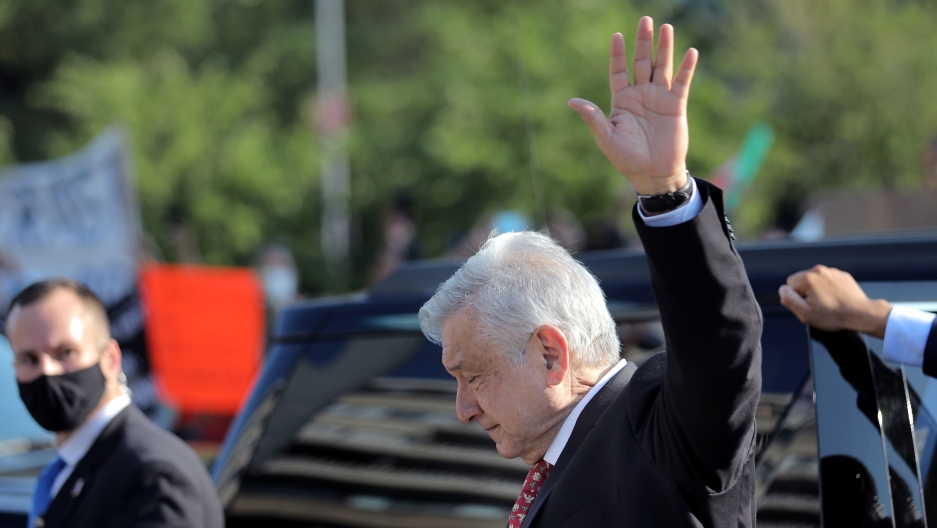 Mexico's President Andrés Manuel López Obrador waves as he participates in a wreath-laying ceremony at the Benito Juarez Memorial during a state visit, in downtown Washington DC, July 8, 2020.

Mexican President Andrés Manuel López Obrador will head to the White House today to meet with US President Donald Trump. The official purpose of the meeting is to celebrate a new North American trade deal, despite the notable absence of Canadian Prime Minister Justin Trudeau, who declined the invitation.

The visit, AMLO's first foreign visit since taking office in late 2018, is generating tough questions and criticism back home. Critics argue nothing good can come of the summit and that Trump will use the meeting as a photo op to help his reelection. Critics have also warned AMLO risks public humiliation at the hands of Trump, who is widely disliked in Mexico — he has called Mexican immigrants “rapists” and “animals.”

Dozens of demonstrators and police were injured in riots last night in Belgrade after a crowd stormed Serbia's parliament. They were protesting plans to reimpose lockdown measures to curb a recent spike in cases of the coronavirus. Serbian President Aleksandar Vučić announced Tuesday that a weekend curfew would be reintroduced. Opponents blame the Serbian leader for contributing to a new outbreak of the coronavirus after he lifted the previous lockdown measures ahead of parliamentary elections.

Also, Harvard and the Massachusetts Institute of Technology filed a lawsuit today asking a federal court to temporarily block a Trump administration rule that would bar foreign students from remaining in the US if their universities do not hold in-person classes this fall. The announcement on Monday from Immigration and Customs Enforcement is causing widespread concern and confusion among US university officials and students alike. 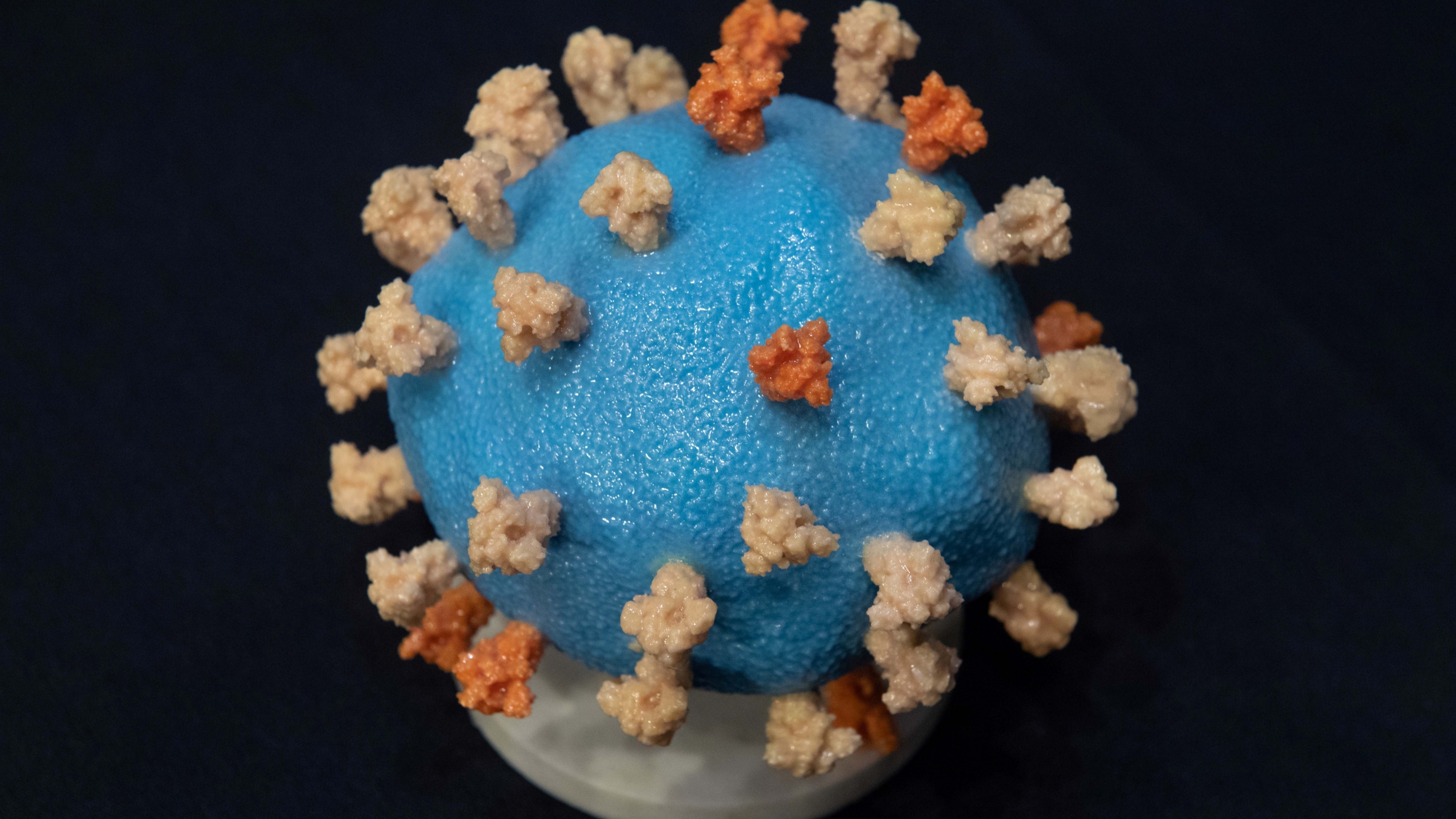 A model of SARS-CoV-2, known as the novel coronavirus, is seen ahead of a US Senate Appropriations subcommittee hearing on the plan to research, manufacture and distribute a coronavirus vaccine, known as "Operation Warp Speed," on Capitol Hill, Washington, DC, July 2, 2020.

A new survey shows nearly one in six Britons say they'll refuse to get a coronavirus vaccine once it's available — and an even higher portion of US respondents say the same. The survey found differences between those who get their news from social media and those who rely on more traditional forms of media.

The Dalai Lama makes a bid for music chart stardom 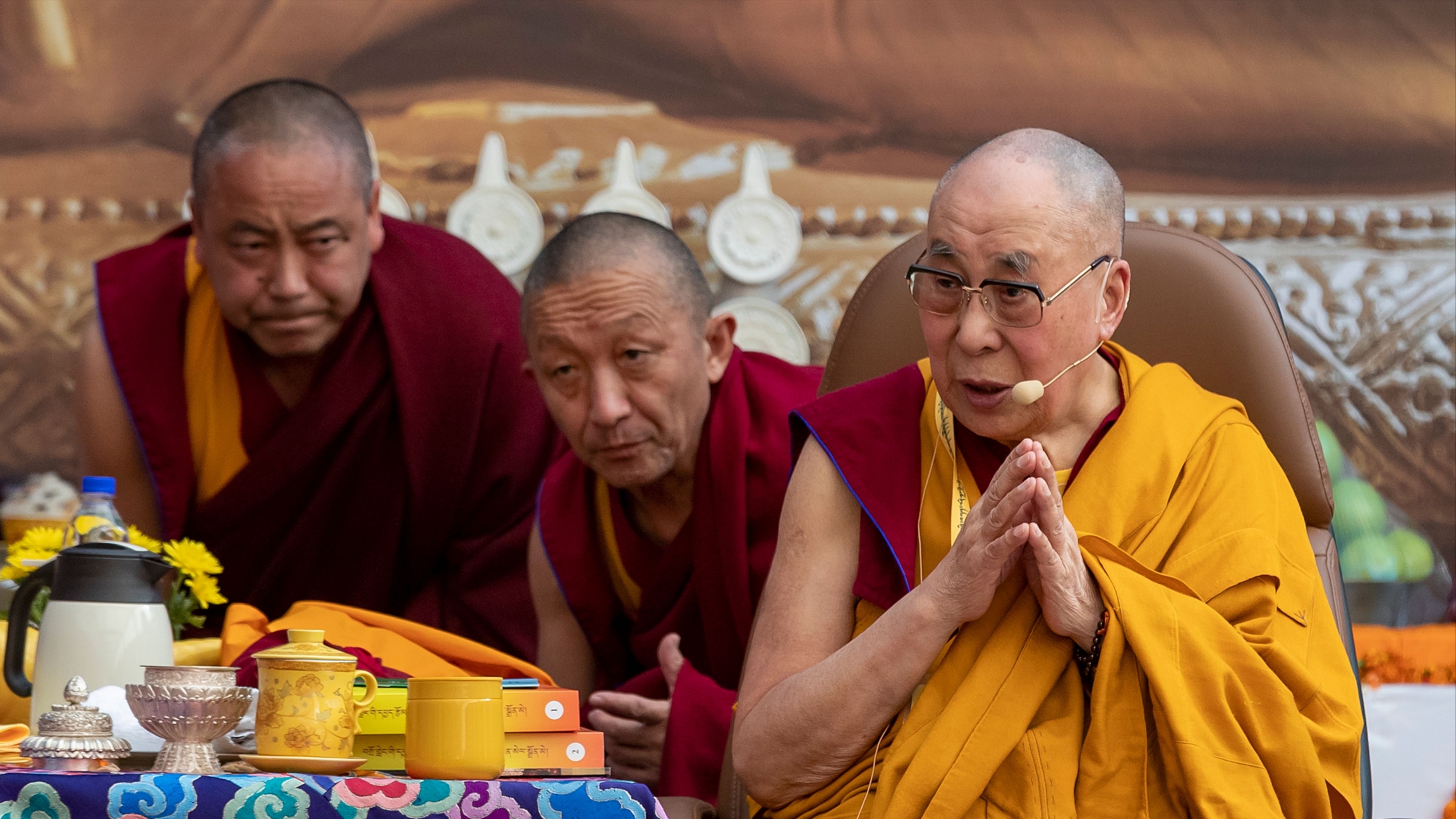 His Holiness the Dalai Lama, pictured with some of his aides, during an event at the Kirti Monastery in Dharmsala, India on Dec. 7, 2019, marking the 25th founding anniversary of the monastery.

The Dalai Lama made a bid for music chart stardom on his 85th birthday on Monday by releasing “Inner World,” an album with 42 minutes of mantras and chants set to soothing music.

The album has been in the making for five years. It came about when musician Junelle Kunin, a practicing Buddhist and student of the Dalai Lama from New Zealand, contacted him in 2015 with the idea. Much to her surprise, he said yes.

Kunin said the Dalai Lama’s gatekeepers originally nixed the idea. But she tried again a few months later with a note addressed directly to His Holiness, which worked.

Secretary of State Mike Pompeo said yesterday that the US is looking into banning the Chinese-owned social media platform TikTok. The chance of losing videos like this one has many crying foul. (Are they both pepper?!)

Before Tiktok gets banned in the US, Americans go to his profile and help solve the dilemma 🤣 pic.twitter.com/avJmF2Kngh 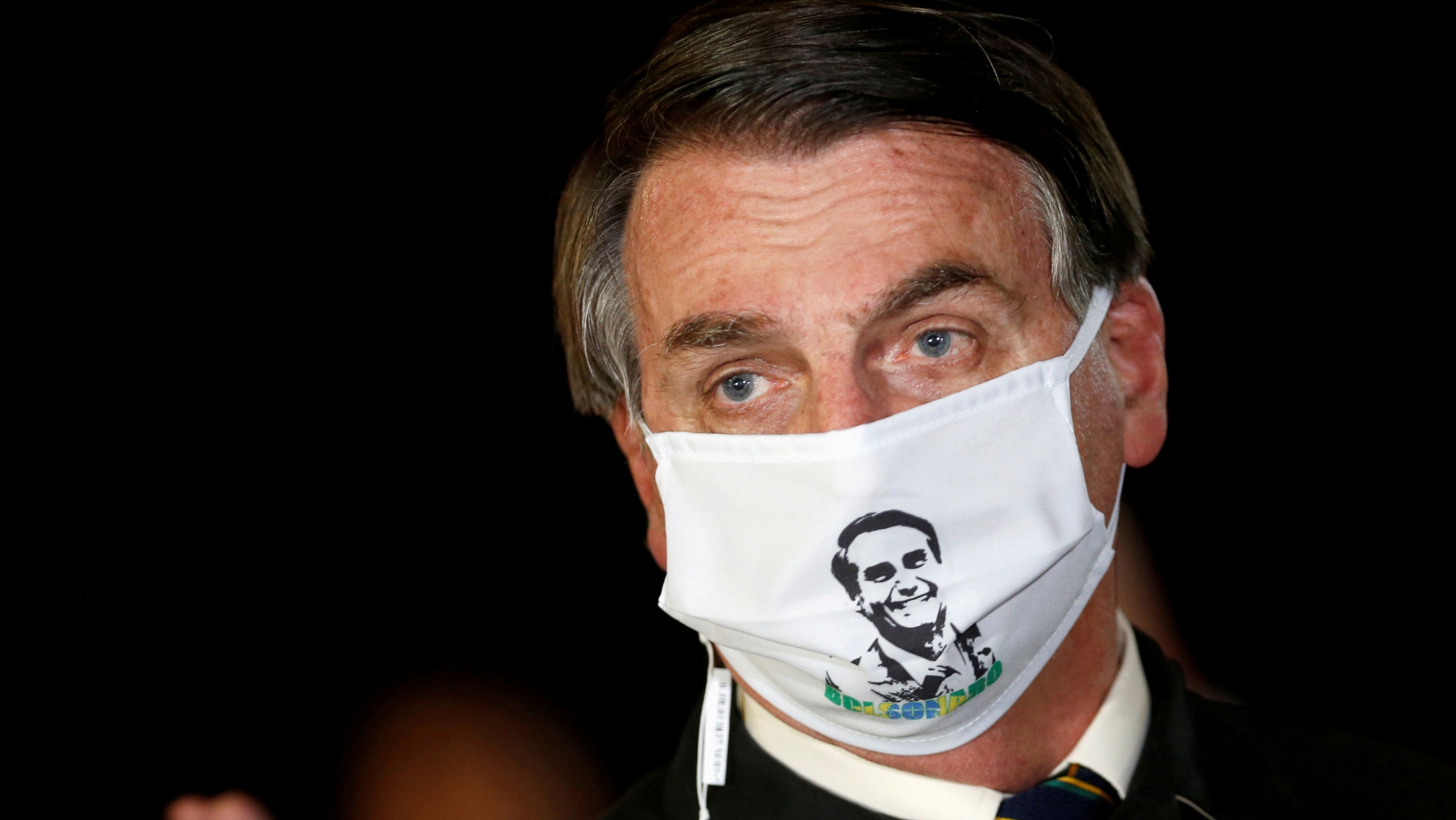 Brazil's President Jair Bolsonaro speaks with journalists while wearing a protective face mask amid the coronavirus outbreak, in Brasília, Brazil, May 22, 2020.

After months of flouting the threat of the pandemic, Brazilian President Jair Bolsonaro announced on live television that he has tested positive for the coronavirus. Mexican President Andrés Manuel López Obrador is planning his first international diplomatic mission to Washington to celebrate the new US-Mexico-Canada Trade Agreement. But his visit is generating tough questions back home. Plus, to celebrate his 85th birthday, the Dalai Lama has released an 11-track album called "Inner World" featuring mantras and teachings all set to a relaxing bed of music.