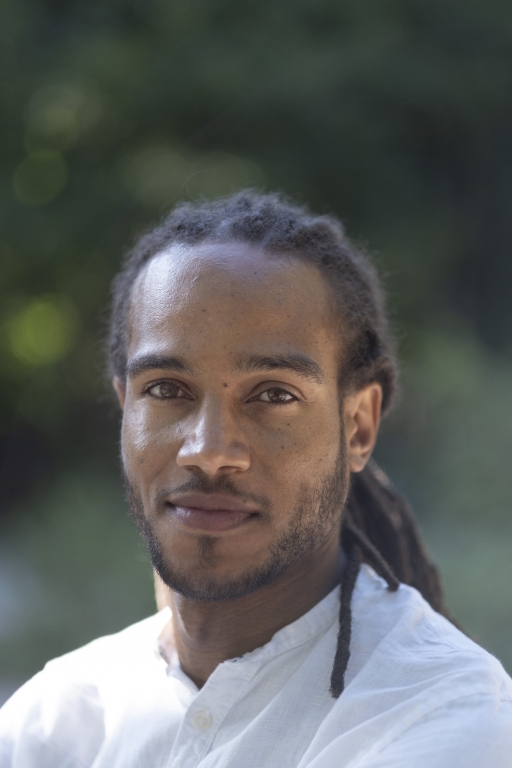 Malcom Ferdinand is a researcher at the French national scientific research center in Paris.

On Sunday, France’s Green party and its left-wing allies swept key cities — including Lyon, Strasbourg and Bordeaux — in the country’s second round of municipal elections.

In what was recorded as one of France’s lowest voter-turnout rates at 40%, the so-called "green wave" came as a blow to President Emmanuel Macron and his young centrist party, La République En Marche, which failed to secure any major wins.

Many environmentalists in France see the victory of the Europe Ecology-The Greens party as a moment for celebration.

Though France is seeing a surge in environmentalist activism, anti-racism and anti-colonial movements should not be separated from the work, says Malcom Ferdinand, a researcher at the French National Scientific Research Center in Paris.

Ferdinand's recent book, "Decolonial Ecology: Thinking of Ecology from the Caribbean World," will be translated into English this fall. He spoke to The World's host Marco Werman on the work that still needs to be done on diversity in France.

Related: In France, the killing of George Floyd invokes the memory of Adama Traoré

Marco Werman: Malcom, you're also an environmental engineer. You wrote a recent book where you argue environmental issues are inextricably linked with racism and colonialism. Do you think this green wave is at all linked with anti-racism protests in France right now?

Malcom Ferdinand: There are attempts to make the link, but I don't think the link is really built yet. It is true that in Paris, like in many of the countries of the world, we've seen major anti-racist protests. However, in France, we are going against the grain. So, there is no debate. The anti-racist movement is really mischaracterized in the media. The French president, in a speech, said that although he condemns racism, he also condemns anti-racist activists. So, many environmental activists and environmental parties — they are in support of anti-racist movements. However, one must recognize that there is not that diversity there. So, it's a party that hasn't yet embraced all the diversity that exists here in France, both in mainland France but also in the French non-sovereign territories. That one called the French Outre-Mer.

The title of your latest book, in English, is “Decolonial Ecology: Thinking of Ecology from the Caribbean World.” I'm wondering if those links are being drawn in French overseas territories like Martinique and Guadalupe because they also had elections this weekend. Did this green wave happen there?

I mean, I myself was born and raised in Martinique. And growing up there, the relation between the colonial history and the slavery history as well as current environmental issues is being made daily. Now, what happens that there is still, today, very important and stringent inequalities between the French overseas territories and mainland France. Inequalities in terms of infrastructure, inequalities in terms of social rights, more unemployment and so on, so forth. But there is also a feeling that these overseas territories are still perceived to be on the outside of what constitutes France. Very much like Puerto Rico is to the States. For example, while all the major news media outlets emphasized the green wave in mainland France, they failed to mention that in Guadalupe, we also had one city — Pointe-à-Pitre — that saw a victory from Europe Ecology party candidate as well. So that feeling of being left out is also something that needs to be addressed in today's environmental policies.

So, back to Emmanuel Macron — what the consequences are for him and his centrist party, will these victories put pressure on Macron and En Marche, which were actually lost seats in this election?

I think they will. I think they have. I think it pushed Macron to recognize that he hasn't. I mean, his party hasn't lived up to expectations, especially the expectation of young people. Macron is the one that's to conceded many, many, many points on environmental issues. So, now, I think there is an even greater pressure for the president to act, especially seeing as his popularity has gone down, and that in 2022 there will be the new presidential election. Now, what Macron has also failed to do is really embrace and recognize the dignity of the Black and Arab minorities that have protested against police violence. In my book, "Decolonial Ecology," I argue for a convergence of both environmental and ecological activists and anti-racist activists. I think this is the way we can tackle ecological issues, not just from an environmentalist perspective, but also from a social justice, anti-racist, gender equality perspective. I think that's the way forward. Many activists are seeing this way as well today.