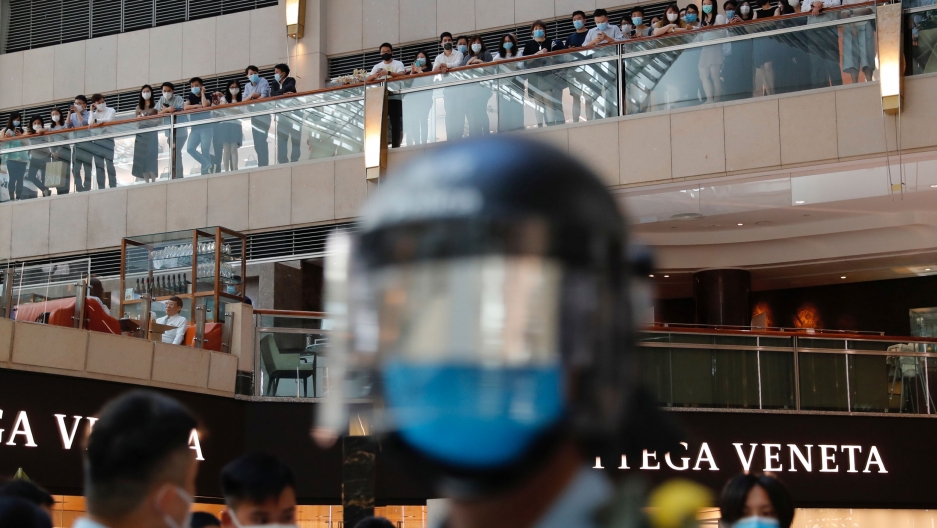 The National People’s Congress Standing Committee, China's top legislative body, passed a highly controversial national security law for Hong Kong Tuesday, which will take effect just ahead of the 23rd anniversary of the end of British rule on July 1. The legislation outlaws secession, subversion, terrorism and foreign collusion with a maximum penalty of life in prison. It comes in response to pro-democracy protests; activists have warned of the erosion of human rights and the risk of turning Hong Kong into a police state.

The law gives Beijing sweeping powers to crack down on political opposition in the semi-autonomous territory, where many Hongkongers are protective of the broader rights and liberties afforded them under a separate legal system. The territory has enjoyed a semi-autonomous status under China's "one country, two systems" policy since reverting to Chinese sovereignty in 1997. Semi-autonomy has afforded the special administrative region certain freedoms, which could be compromised under the new law.

The national security legislation was fast-tracked, and only a few Hong Kong delegates were able to read the drafted text before the law was passed. This lack of transparency raised alarm bells, but the legislation was nonetheless signed by President Xi Jinping and added to Hong Kong's Basic Law, the territory's mini-constitution. Carrie Lam, Hong Kong's chief executive, urged the international community to accept the law in a video to the UN Human Rights Council. Taiwan, which Beijing views as a breakaway province, condemned the law, and will dedicate an office to help Hongkongers looking to flee. Pro-democracy activist Joshua Wong tweeted the law "marks the end of Hong Kong that the world new before," but pledged to continue to fight for freedom: "When justice fails, our fight goes on."

Tune into The World today, when we will speak with Chinese artist and activist, Ai Weiwei: "I think the world will abandon Hong Kong. It's a very sad story."

The New York Times reports that President Donald Trump was briefed on a suspected Russian operation to incentivize killing US soldiers in Afghanistan as early as February. This new reporting contradicts Trump's claim that he had not been informed and undermines his efforts to cast dispersions on the veracity of the intelligence. Concerns have been raised that the White House knew about Russian machinations but authorized no response. The World spoke with Gen. David Petraeus about Russian bounties: "We were looking for this kind of activity, frankly, from Russia."

Ruhollah Zam, an Iranian journalist, has been sentenced to death for the charge of "corruption on Earth." Zam's work including running a channel on Telegram, a messaging app, that helped inspire widespread economic protests in 2017; authorities accused Zam of inciting violence. Zam had been living in Paris but was convinced to return to Iran, where he was arrested in 2019. The decision may be appealed by the supreme court.

Koalas could become extinct by 2050 in New South Wales unless swift action is taken to prevent further habitat loss, an Australian parliamentary inquiry found. Koalas were dramatically impacted by bushfires earlier this year and climate change is heightening risk to the iconic species.

A US report shows big strides on human trafficking. Advocates say the message is misleading. 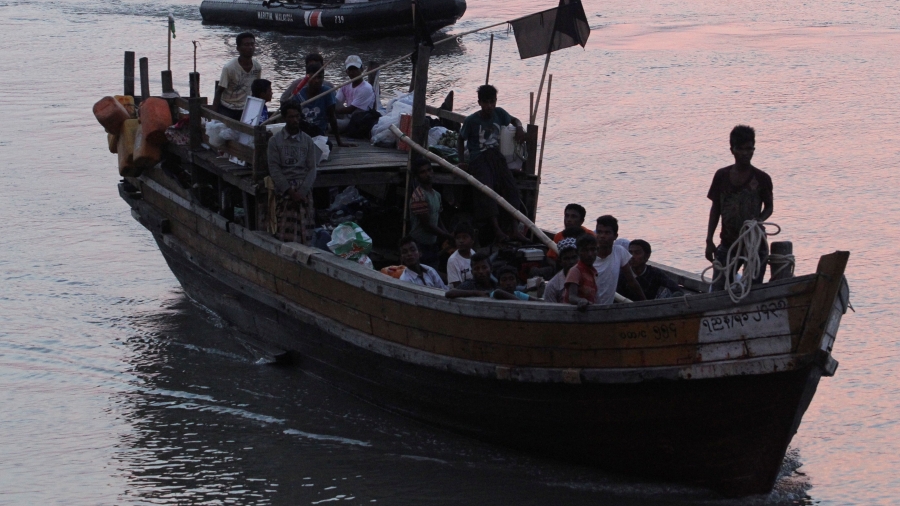 Rohingya refugees who were intercepted by Malaysian Maritime Enforcement Agency off Langkawi island, are escorted in their boat as they are handed over to immigration authorities, at the Kuala Kedah ferry jetty in Malaysia, April 3, 2018.

Every year, the US issues an annual report that ranks countries by their progress fighting human trafficking. The 2020 report lists 22 countries receiving improved rankings for their work on the issue over the past year. But advocates across the globe warn that with the pandemic and economic downturn, there’s an urgent risk that more people will fall prey to human traffickers. They say the report is poorly timed, and counterproductive.

Fair & Lovely cream gets a makeover in India, but will it change prejudice? 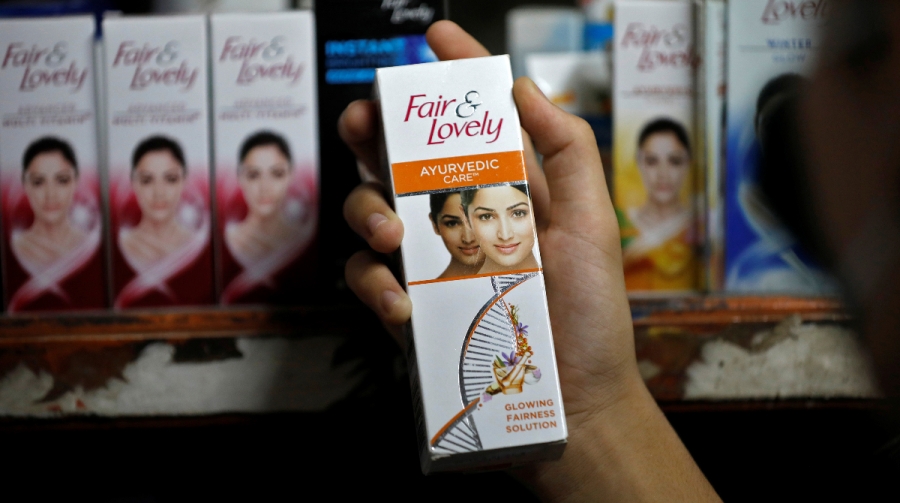 A customer picks up Fair & Lovely brand of skin lightening product from a shelf in a shop in Ahmedabad, India, on June 25, 2020.

Last week, consumer giant Unilever announced it will rebrand its bestselling skin-lightening cream, Fair & Lovely, and drop the word "fair" from its name in the latest makeover of the brand in response to global backlash against racial prejudice. The Fair & Lovely cream — and colorism — is something Mumbai-based documentarist Richa Sanwal has been familiar with since she was a child growing up in India. Sanwal welcomes the news from Unilever, but says more needs to be done to change the stigma associated with a darker skin tone that has been perpetuated by skin lightening products.

Yes, you can find us @TheWorld — but we're not actually, you know, the world. 🌎

Listen: Russian bounties on US troops in Afghanistan 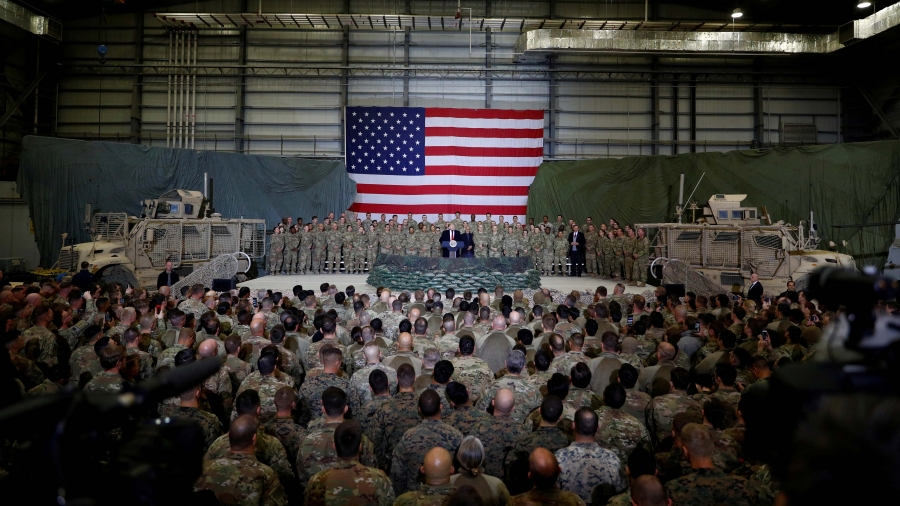 US President Donald Trump delivers remarks to US troops during an unannounced visit to Bagram Air Base, Afghanistan on November 28, 2019.

In the past few days, The New York Times published bombshell revelations that Russia reportedly offered cash bounties to Taliban-linked fighters for killing US soldiers in Afghanistan. The World's host Marco Werman speaks with David Petraeus, the retired former head of US forces in Afghanistan and an ex-CIA chief, about how the US should respond if the reports are verified. And, one of the most important North Koreans alive is Kim Yo-jong, the half-sister of leader Kim Jong-un. Her influence in the regime has been hyped up by rumors — some true, some not — but it’s now becoming clear that Kim Yo Jong really does have a lot of power. According to The World’s Patrick Winn, whether North Korea tilts towards peace or war could hinge on her decisions. Also, the coronavirus lockdowns around the world have led animals to explore some places previously filled with people. The World speaks to Christian Rutz, an evolutionary ecologist at the University of St. Andrews in Scotland, about wildlife movement while humans are in quarantine.