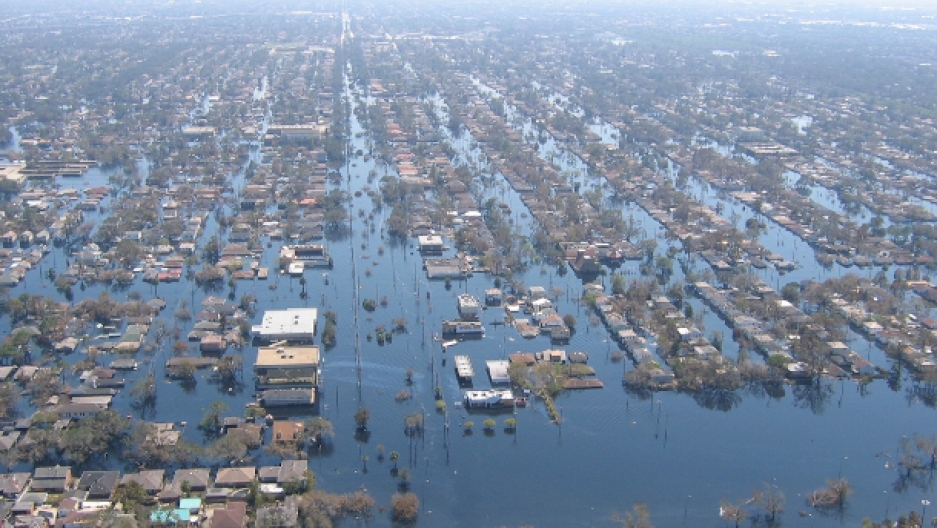 More than 300,000 people, mostly African Americans, were forced to evacuate their homes when Hurricane Katrina struck New Orleans in 2005. The storm caused $125 billion in damages and inundated the city and surrounding areas for weeks.

The murder of George Floyd by Minneapolis police officers on May 25 touched off massive protest demonstrations around the world against police brutality and systemic racism. The demonstrations have also opened many people’s eyes to another form of racism: the unequal impacts of pollution and climate disruption on people of color.

Related: A global push for racial justice in the climate movement

“Climate change — the way that it touches each and every human being — is based upon where they live, the demographics of their community, [and] what they do, and it doesn't touch all of us equally,” says Heather McTeer Toney a former EPA regional administrator and former mayor of Greenville, Mississippi. She is now the field director for Moms Clean Air Force.

Chronic disease is one of the easiest ways for us to identify impacts [from] things like air pollution because we see it and we can count it.

Today, one in nine African American children suffers from asthma, McTeer Toney notes. “And chronic disease is one of the easiest ways for us to identify impacts [from] things like air pollution because we see it and we can count it when we look at the number of people who are going into hospitals and who are missing days from school or missing days from work,” she says.

An NAACP report on environmental justice showed that over 1 million African Americans live within a mile of oil and gas operations. Add that together with other indicators, like the number of African American schools located in high-traffic zones, and “we can draw a clear line that shows that African American communities are more heavily impacted by environmental injustices,” McTeer Toney says.

McTeer Toney served as regional administrator for EPA for the southeastern United States under President Barack Obama, About half of the nation's population of African Americans live in the eight states in this region, which is unusually susceptible to storms, floods and sea-level rise. “So, the number of African Americans and communities of color that live in these spaces, just by virtue of where they are, are impacted more heavily,” she points out.

Hurricane Katrina was at the time the most devastating storm to hit the United States and because of technology, “we were able to see the real-life devastation, live on our television screens and on our Facebook messages, and those images stuck with us,” McTeer Toney says.

Since then, Hurricanes Maria, Harvey, Matthew and a number of others have hit southeastern states hard, including Florida and Texas.

“The impacts to communities of color are coming faster and stronger than ever before. Climate change is no longer something that is future. It is now, it is existing."

“The impacts to communities of color are coming faster and stronger than ever before,” McTeer Toney says. “Climate change is no longer something that is future. It is now, it is existing. And we have to, I think, really talk about how it encompasses absolutely every aspect of life, particularly for black and brown communities.”

Related: Advocate says race is a dominant indicator of pollution — not just in Flint

Due to changes in global climate patterns, the average heatwave season across some 50 major cities in the US is now 47 days longer than it was in the 1960s. Many of the people most affected by heat waves are those who live in urban communities, especially those who live in concrete or brick buildings like public housing. These heat waves also disproportionately affect people of color.

In a housing project in a city like Chicago, surrounded by impervious surfaces like concrete that magnify the effects of heat, 89 degrees quickly turns into 99 degrees or higher, sometimes for days on end, McTeer Toney points out. This creates dangerously hot conditions for residents, many of whom cannot afford air conditioning or other ways to cool down.

Persistent environmental injustices are in some ways exacerbated by the climate activism movement itself, McTeer Toney says.

Related: This community activist in LA helped end decades of environmental abuses by the Exide company

A “colonialist mentality” still alive and well among a large part of the population, including some climate change activists, “is being revealed and changed and shifted in every single conversation that we have, including ones like we're having today,” McTeer Toney says. “I think people are listening now in a different way and recognizing that there's been a shift and there will continue to be a shift in the power structure of our country, as well as the impacts that people are making locally.”