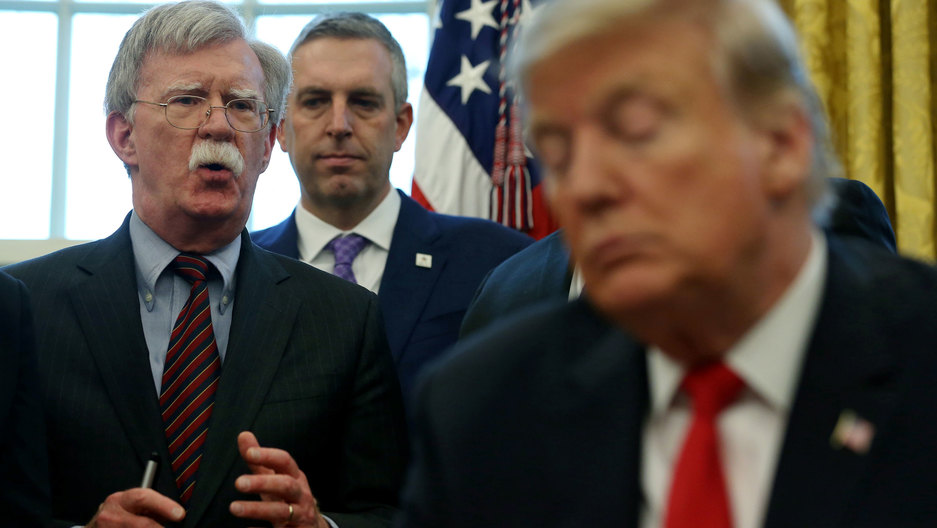 US President Donald Trump listens as his national security adviser John Bolton speaks in the Oval Office at the White House in Washington, Feb. 7, 2019.

Bolton’s book offers a firsthand account confirming many of the allegations that led to Trump’s impeachment — directly linking the suspension of $391 million in security aid for Ukraine and demands that Ukraine publicly announce investigations into former Vice President Joseph Biden.

News of the upcoming release of the book, “The Room Where It Happened,” coincides with retaliatory threats from China over legislation Trump signed Wednesday calling for sanctions over the repression of China's Uighurs. In stark contrast, Bolton’s book alleges that the president earlier had approved of the mass detention of Uighurs.

In a 5-4 decision issued this morning, the US Supreme Court ruled against the Trump administration's attempt to cancel Deferred Action for Childhood Arrivals, or DACA. The majority opinion, authored by Chief Justice John Roberts, called the Department of Homeland Security's attempt to end the program "arbitrary and capricious." The ruling allows DACA to stay in place for now, ending some of the uncertainty faced by 650,000 undocumented immigrant beneficiaries who were brought to the US as children.

US Secretary of State Mike Pompeo met China's top diplomat, Yang Jiechi, in Hawaii yesterday. Officials called the high-level talks “constructive” and included an agreement to improve relations. But long-standing disagreements remain over Hong Kong as well as China’s response to the coronavirus.

And, after an extensive bid to win a rotating seat on the UN Security Council, Canada learned it fell short. The available two-year temporary seats were awarded to Ireland and Norway.

Also, health officials in Germany have temporarily closed a meat processing plant in the western state of North Rhine-Westphalia after an outbreak of 650 new cases of the coronavirus was reported.

‘We need to talk about racism,’ these Middle Easterners say 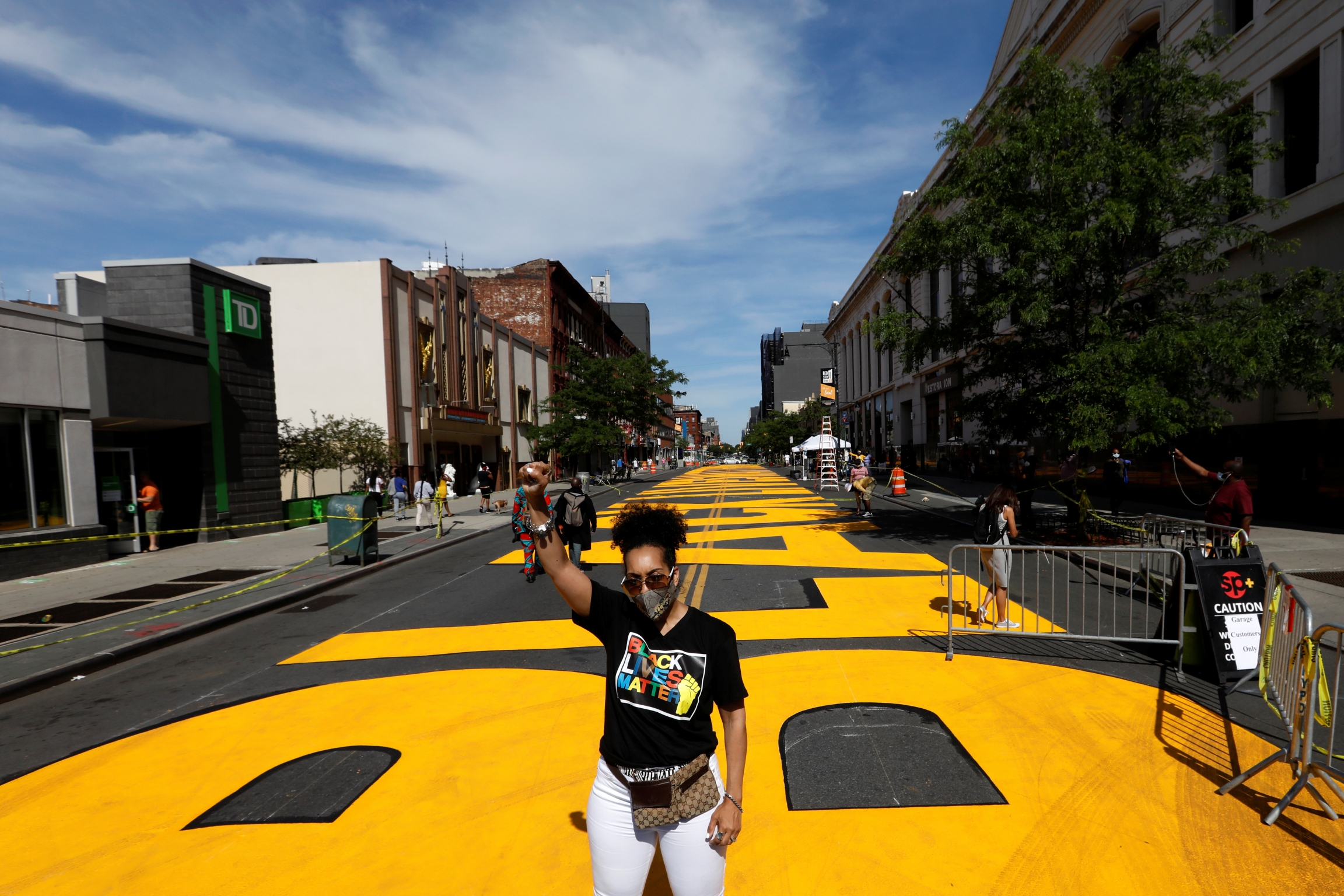 A woman poses in front of a Black Lives Matter mural on the street as a protest against racial inequality in the aftermath of the killing in Minneapolis police custody of George Floyd, in Brooklyn, New York, June 16, 2020.

In the wake of George Floyd's death and the protests in the US, some in the Middle East are highlighting anti-black racism at home.

Michael Pack, a close ally of conservative political strategists including Steve Bannon, has been confirmed by the Senate as the head of VOA, America's taxpayer-funded federal media agency. Pack fired the heads of at least three outlets he oversees and replaced their boards with allies. Additionally, two top journalist at VOA, Amanda Bennett and Sandra Sugawara, resigned on Monday after news of the congressional confirmation.

If there wasn't enough already to worry about as we start to venture out from the coronavirus lockdowns — here's one more concern: toilet plumes.

TOILET PLUMES are real. Close the toilet 🚽 lid— it’s like a mask for a toilet. #covid19 https://t.co/G14JMrrvI6 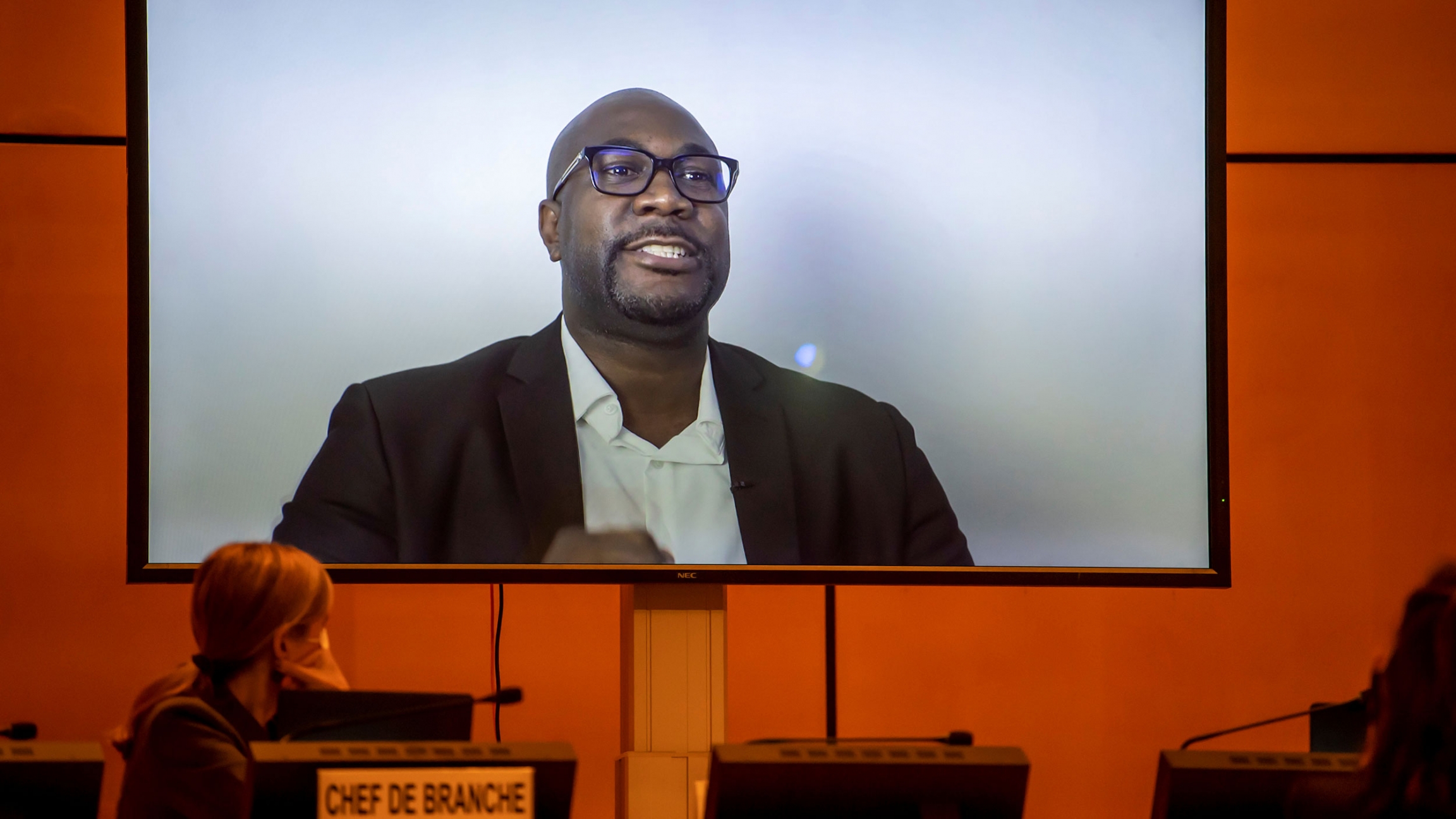 The United Nations addressed systemic racism and police brutality in the US. And, in the wake of George Floyd's death in Minneapolis, Minnesota, many people in the Middle East say they need more conversations about anti-black racism at home. Also, a transgender Kuwaiti woman was released on bail after support poured in from across the globe. Her lawyer calls it "the biggest LGBT movement in Kuwait" history.