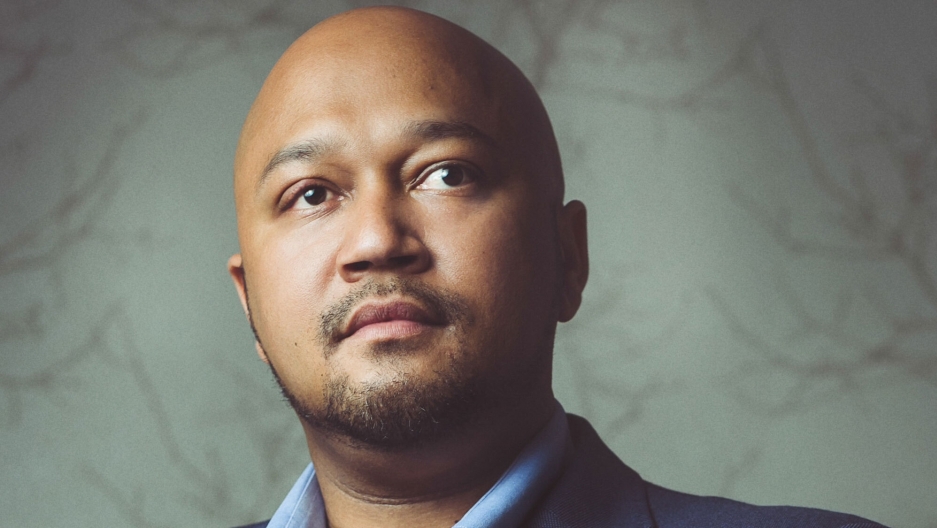 Eusebius McKaiser's on-air interview style is to ask the questions others may be too afraid to ask.

McKaiser is a mixed-race South African. He's 41 and grew up during the tail end of apartheid. Today, he's popular across South Africa as an author, political analyst, broadcaster and podcaster. He has a background in moral philosophy.

McKaiser's on-air interview style is to ask the questions you may be too afraid to ask. He joined The World's host Marco Werman from Johannesburg.

Related: Black Lives Matter organizers in the US and UK compare and contrast the global movement

Marco Werman: The anger and the protests against police brutality on African Americans in the wake of the police killing of George Floyd — they've got plenty of energy right now. They spread to many other parts of the globe. They don't seem to be stopping. What do you think is going on here? Is this a moment that is sustainable? And if it is, does that tell you something deeper is happening?

Eusebius McKaiser: I think it is a moment, but it's a moment that must be connected to history. There's institutionalized, anti-black racism across the globe. I think because of the pandemic, ironically enough, we have an opportunity to single-mindedly focus on the nature of anti-black racism across the globe because we don't have the usual complex array of distractions like mass entertainment and sport and the other hurly-burly, everyday things that come with life as normal.

You came of age in South Africa as apartheid rule came to an end. So, your adult life has essentially been spent living through and watching the transition to the new South Africa. So, as you've watched the reaction to this killing of a black man by white police — what aspects of South Africa's transition are relevant, do you think, to the US today?

Sadly, Marco, the answer is that actually South Africa is a very unhelpful case study because we, too, have institutionalized black racism within the state, even though we have a majority black-led government that is currently in government here at the tip of Africa. And what I mean by that is that black life is so cheap across the globe that even in a region like Africa, you will find postcolonial governments, our own included, that often are at the helm and are responsible for state-led violence against black people. So we, too, have police brutality. We, too, have soldiers that are disproportionately trampling on the rights of poor black people in poor areas here in Johannesburg during this pandemic.

So, there are echoes between what is happening in America and what is happening in South Africa, notwithstanding the fact that in South Africa, black people are a numerical majority. And what that tells you is that although, fundamentally, white supremacy is about whiteness, that nevertheless, you can also have postcolonial governments with phenotypically black people in charge who are themselves anti-black.

A truth and reconciliation commission for the United States is not a good idea, but not because so much time has elapsed after slavery. The reality is that black life continues to be used as part of the economic oppression of black people's entitlement to be part of a democratic, corporate America.

Yeah, to some extent, the TRC in South Africa prevented a civil war. But at what cost? At the cost of economic justice. What the Truth and Reconciliation Commission gave us on the upside was peace, and it gave us civil and political freedoms.

The reality of the matter is that there is a certain kind of liberal comfort in the language of reconciliation because reconciliation doesn't ... imply reparations. You need to make good by black Americans in terms of the historic injustices, in terms of how their bodies quite literally were used as yet another implement in the making of the American economy that benefited white Americans. Those are material questions that have to be located legally inside the reparations debate. And reconciliation talk is really just a fluffy, liberal way of avoiding that conversation.

Related: What South Africa can teach the US on racial justice, reconciliation

I totally hear your point that dealing with the past is a crucial step here. I came upon an interview you did last year with Wilhelm Verwoerd, the grandson of Hendrik Verwoerd, the architect of apartheid and a person who is universally loathed by South Africans today. You said to him, “You have genetically in you the genes of Hendrik. Many South Africans, black and white, regard Hendrik as evil. How do you feel about the fact that you are genetically, through blood, related to the architect of apartheid?” What were you trying to get at in asking that question on the blood connection to the father of apartheid?

What I was trying to get at is in addition to these structural economic justice questions that you and I have managed to frame in this conversation, Marco, there's also an experienced element. I want to know, what do you feel like as a white person? Do you feel the burden of history in terms of being implemented, an intergenerational injustice, even if you weren't around in 1948 when your grandfather began the apartheid state formally? That's a question that many white Americans listening must grapple with.

It is possible for you to feel shame, which is a very important moral emotion, even if you are not directly legally accountable for the sins of your father. And I wanted to see whether the grandchildren of Hendrik — and by extension, metaphorically, white South Africans, in general — can grapple with what it means to have intergenerational privileges, even if they were not responsible for the original moral sin.

What advice would you give Americans on how to have conversations like these?

The most important thing is to stop speaking euphemistically. I find even with my American friends, when I studied at Oxford, many of them were top scholars who were studying abroad, that there's a kind of careful language here that is framed to avoid speaking plainly. You have to speak plainly. No. 2, you have to learn to listen rather than to wait to speak. Learning to listen actively and closely — particularly, uncomfortably — what it means to be black in America right now, it's not easy. It's easy to flip the channel right now and listen to music instead of actually staying with this conversation between you and me.

And I think it's incredibly important to allow yourself the habits that you need to form, which is a difficult one of actually sitting through the discomfort. And the last thing I would say is, don't think that if you are a white, progressive American, that simply requires you to speak out against overt racism. The worst kind of racism in America is the racism of many progressive whites, who don't recognize their own spectrum of racism that they have. So, the other problem in American discourse at the moment is that everyone goes for a template of racism that makes themselves come out decent. But the truth of the matter is that all white people have work to do — not only the ones who are overt racists.