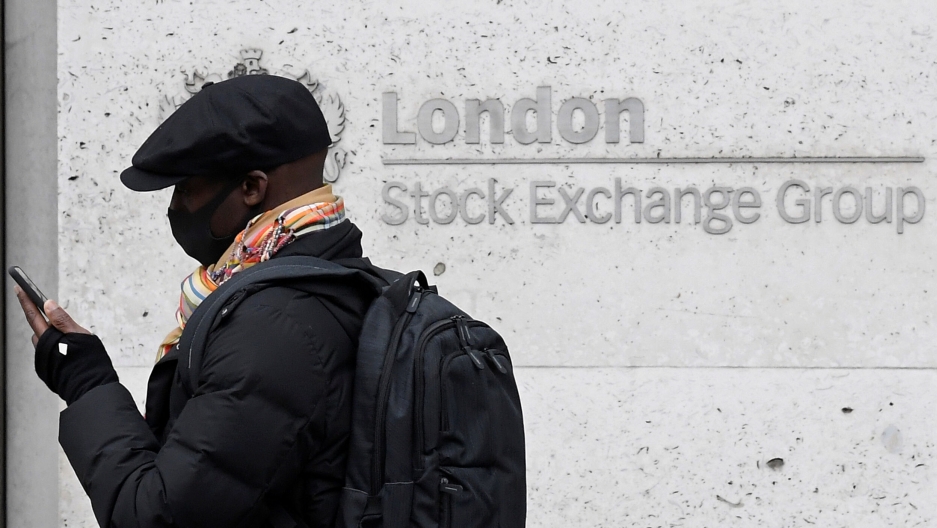 A man wearing a protective face mask walks past the London Stock Exchange Group building as investors fear that the coronavirus outbreak could stall the global economy, in London, Britain.

The Organization for Economic Cooperation and Development warned of dire economic consequences of the novel coronavirus Wednesday — the pandemic looks to cause the worst recession in a century, outside of wartime.

European countries hit hard by the health consequences of the pandemic are predicted to feel the sharpest economic contractions — the UK is predicted to bear the brunt, with a 11.5% slump in gross domestic product. The US could see growth contract by 7.3% — more if there is a second wave of the virus. Emerging economies, like Brazil, will also be severely impacted.

“The recovery will be slow and the crisis will have long-lasting effects, disproportionately affecting the most vulnerable people,” according to the OECD.

Global supply chain disruptions have also impacted the illegal drug trade. The price of the coca leaf — a natural stimulant and the building block for cocaine — has fallen by up to 73% in some regions of South America. The pandemic could radically change the landscape of the illicit drug trade in a way drug wars have not, analysts say.

As of midnight Wednesday, Britain will have passed an energy milestone, going two months without burning coal to generate electricity. The drop in the use of fossil fuels is predicted to continue as renewable energy sources look to outpace fossil fuels this year.

Burundi's President Pierre Nkurunziza, known for "ruthless repressions," has died of a heart attack at 55, according to officials. But there is speculation his death may be linked to COVID-19. In Sweden, prosecutors are closing the case on the 1986 assassination of Prime Minister Olof Palme.

On the air for more than three decades, the US television show "Cops" has been pulled by Paramount. Critics have long pointed to the show's "complicity in abuse" and problematic portrayals. HBO Max has dropped the 1939 film "Gone With the Wind" from its platform for racist content, saying it will return with an accompanying "discussion of its historical context." 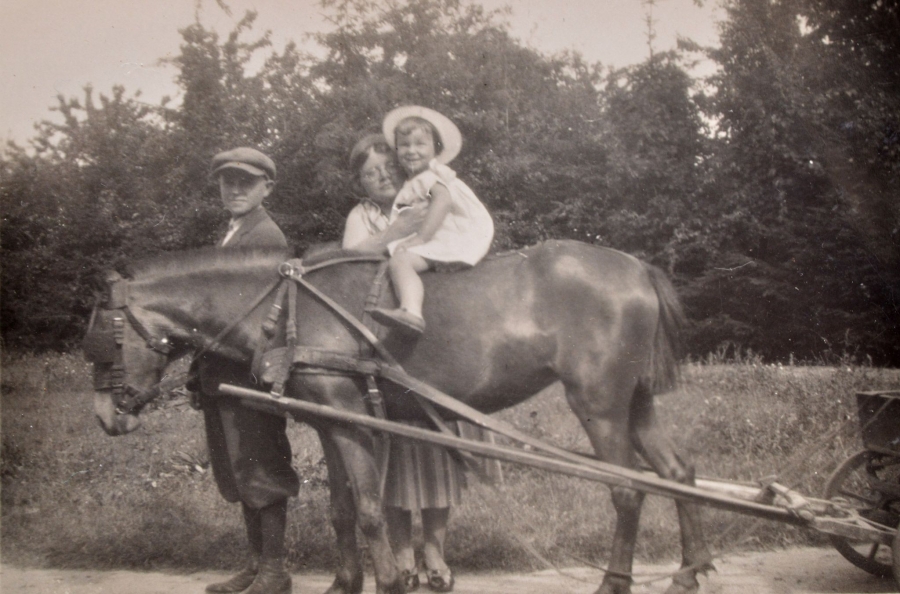 Teresa Romanowska with her nanny Maria (center) and her brother Tom (left) on Tom's pony, Kucka, in Choceń, Poland, 1933.

Many of the victims of COVID-19 are older. And the pandemic is robbing the world of institutional memories of the past.

“I think about that generation of people who lived through the Great Depression, who lived through World War II, who lived through incredibly hard times,” said Indira Lakshmanan, Teresa Romanowska's daughter and senior executive editor at National Geographic who recently profiled her mother for a special edition on 75th anniversary of the end of World War II. “We have so much to learn about how they got through it all. About grit, about determination, and about resilience.”

In Georgia, a young Latina reluctantly casts her primary vote for Biden

Leticia Arcila didn’t want to take any chances when it came to casting her vote in the Georgia state primary Tuesday, June 9. This year, state officials pushed back the primary twice due to the coronavirus pandemic. Then they sent absentee ballot request forms to all of the state’s nearly 7 million registered voters. But Arcila, a 20-year-old first-generation Mexican American living in Atlanta, insisted on voting in person Tuesday. This year is her first time voting in a presidential election cycle.

More from the collaborative public media project, Every 30 Seconds 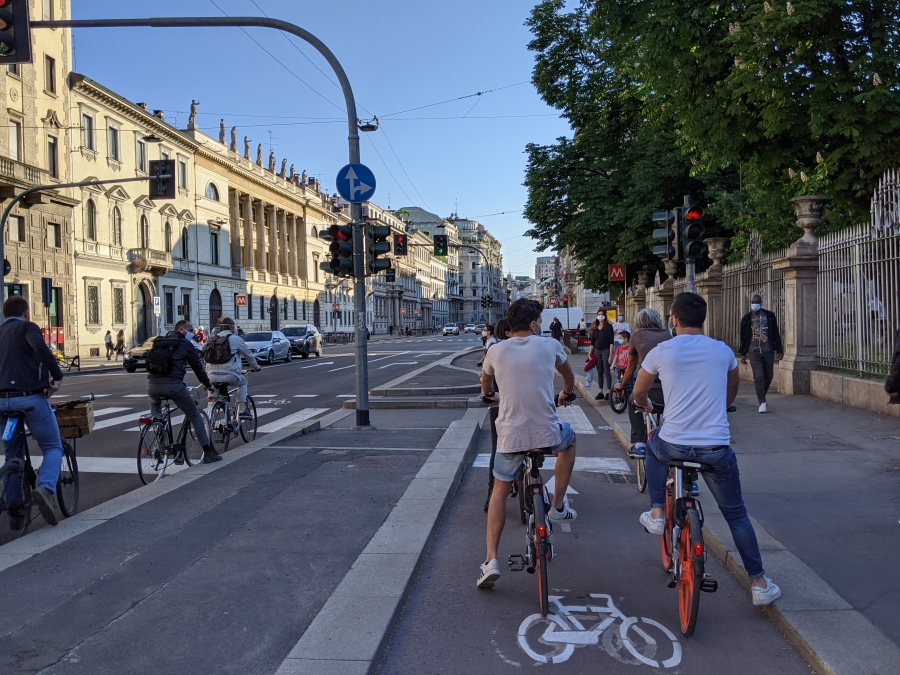 Corso Buenos Aires is Milan’s first street to be transformed as part of a citywide plan to convert 22 miles of roads this summer into bike paths and pedestrian areas.

The Strade Aperte plan, translated as “Open Roads,” is one of the world’s most dramatic examples of how city planners around the world, after COVID-19 lockdowns, are redesigning city streets to be friendlier to pedestrians and cyclists.

Worth 1,000 words: Pablo Albarenga of Uruguay has won the prestigious 2020 Sony World Photography Awards, Photographer of the Year, for his series documenting Indigenous communities fighting to preserve their land from deforestation and agri-business.

A huge congratulations to #SWPA Photographer of the Year and Latin America Professional Award winner Pablo Albarenga from Uruguay. He tells us more about his series Seeds of Resistance. Head over to our blog to hear his thoughts: https://t.co/yXifm0kfMv pic.twitter.com/AAbAuIcQvx 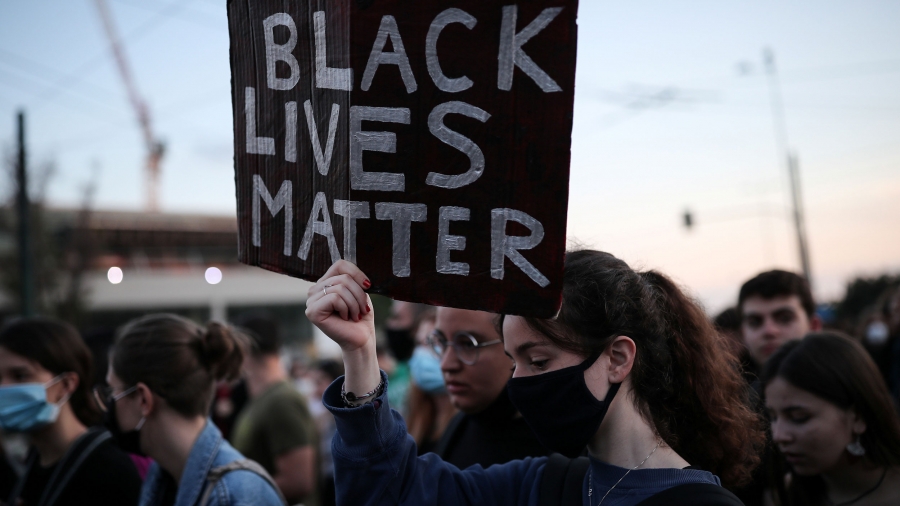 A protester raises a "Black Lives Matter" placard during a demonstration over the death in Minneapolis police custody of George Floyd, outside the US Embassy in Athens, Greece, June 3, 2020.

In Greece, people are staging protests and actions in solidarity with the Black Lives Matter movement. Organizers say the protests aren't just about police brutality, but also about the treatment of migrants in the country. And, voters in Georgia are voting today — most casting absentee ballots. As part of our weekly series, "Every 30 Seconds," we profile a young Latina in Atlanta, Leticia Arcila, and hear about her first time voting. Plus, Netflix has picked up its first film from Zimbabwe. "Cook Off" is a romantic comedy centered on a single mom who enters a TV cooking competition that might just change her life.