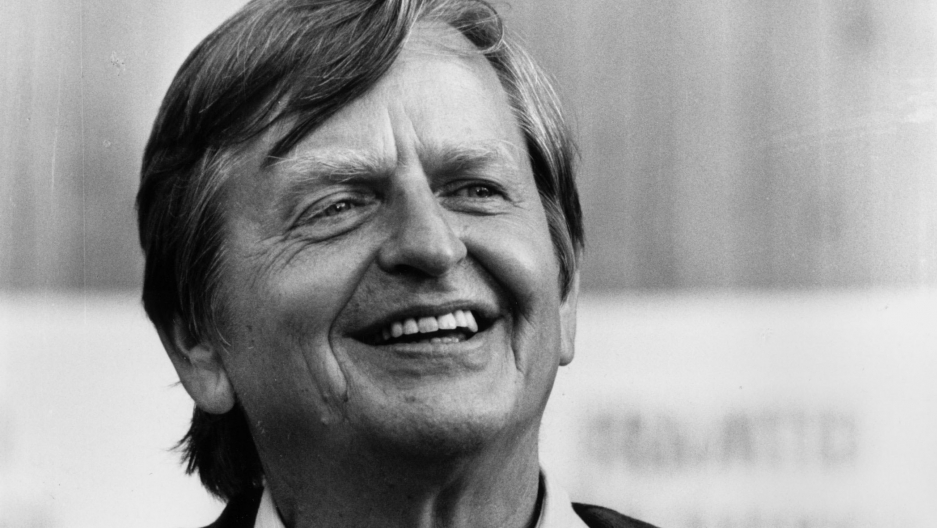 After 34 years, a Swedish prosecutor on Wednesday closed the case of the assassination of Prime Minister Olof Palme, accusing a graphic designer who died two decades ago of the country's most notorious unsolved crime.

Palme, who led Sweden's Social Democrats for decades and served two periods as prime minister, was one of the architects of Scandinavia's model of a strong welfare state, and a fierce Cold War-era critic of both the United States and Soviet Union.

He was shot dead in central Stockholm in 1986 after a visit to the cinema with his wife and son, and the failure of the police to find a killer sparked decades of conspiracy theories.

"It is my sincere hope that this wound can now be allowed to heal," Prime Minister Stefan Lofven told reporters at a news conference, describing the murder as a national trauma.

But the suspicion of many Swedes is unlikely to be satisfied by Wednesday's accusation, against a long dead suspect with no political profile, based on evidence the prosecutor acknowledged would have been too thin to secure a conviction.

"The Palme investigation concluded in the manner that has defined it since the very beginning: a great anticlimax," daily newspaper Dagens Nyheter said. "Instead of clarity concerning the issue of guilt, we got a monument to a policing fiasco."

Prosecutor Krister Petersson, who has led an investigation into the case since 2017, said the killer was Stig Engstrom, a suspect long known to Swedes as "Skandia man" after the insurance firm where he worked as a graphic designer, with offices near the scene of the shooting.

Engstrom was repeatedly questioned in early investigations but dismissed as a serious suspect at the time. He died in 2000 in what Swedish media reported as a suspected suicide.

Not enough evidence to convict

A 2018 book by an investigative journalist brought to light a range of previously overlooked evidence reigniting interest in Engstrom. Petersson said Engstrom had been implicated by information about his whereabouts and witness accounts of the killer's appearance.

"Because the person is dead, I cannot bring charges against him and have decided to close the investigation," Petersson said. He did not announce any major investigative breakthroughs, nor could he give a clear motive for the killing, though he said Engstrom was known to dislike Palme and his politics.

The prosecutor said he felt confident the evidence would have been sufficient to arrest Engstrom, although it "would not, in itself, lead to a conviction" without corroborating physical evidence which it was no longer possible to obtain.

Palme's son, Marten, said he believed Engstrom was guilty, "but unfortunately there is no conclusive evidence."

Engstrom's family have repeatedly dismissed accusations he was the killer. Daily Expressen quoted his ex-wife as saying in February that he was too timid to have carried out the murder. A childhood friend, Olle Madebrink, told the paper Engstrom was "the most normal person in the world."

Reuters was unable to immediately reach members of Engstrom's family.

Palme was prime minister from 1969-1976 and again from 1982-1986. Supporters hail him as the architect of modern Sweden, while conservatives denounced his support of revolutionary movements in the developing world.

His support for the anti-apartheid African National Congress made him an enemy of the South African authorities, and while his opposition to the Vietnam War angered many Americans, he was also fiercely critical of the Soviet Union.

For decades, conspiracy theories around his killing have blamed a range of forces, from the CIA and Kurdish separatists to the South African security services.