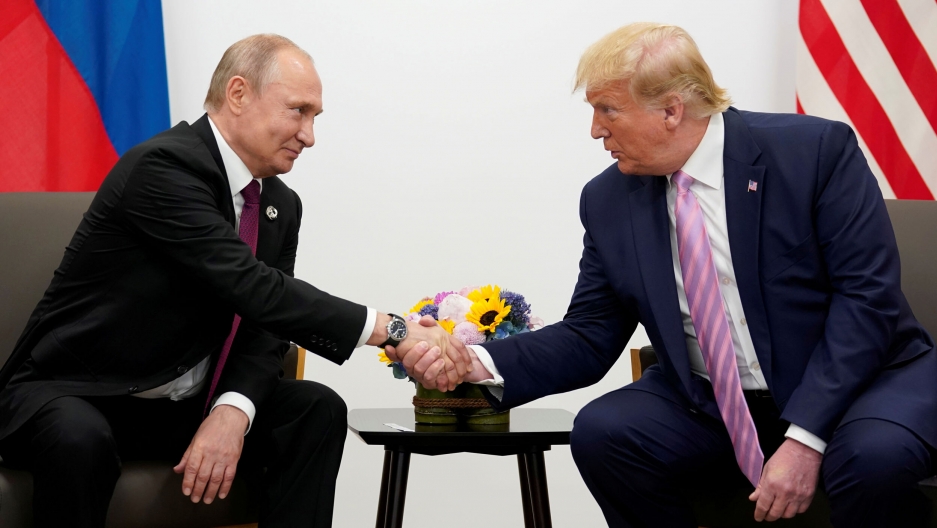 United States President Donald Trump held a phone call with President Vladimir Putin Monday and discussed his idea that Russia should be invited to attend the next G-7 summit. The US is hosting the summit of industrialized nations this year, but Trump announced Saturday it would be postponed until September amid the coronavirus pandemic. German Chancellor Angela Merkel suggested she had not yet made up her mind on her attendance due to the virus. Trump also suggested the G-7, or Group of Seven, expand to include Australia, South Korea and India.

The G-7 currently includes Canada, France, Germany, Italy, Japan, the United Kingdom, and the United States. Russia was expelled from the group in 2014 in response to its annexation of Crimea.

The UK and Canada have spoken out against the idea of readmitting Russia. Canadian Prime Minister Justin Trudeau said on Monday that Russia's continued “disrespect and flaunting of international rules and norms is why it remains outside of the G-7, and it will continue to remain out.”

A global spotlight on US amid ongoing protests

Trump is expected to visit the Saint John Paul II National Shrine in Washington, DC, this morning. The plans mark the second religion-theme appearance for Trump as the world watches protests across the US over the death of George Floyd, an unarmed black man who was killed by asphyxiation under the knee of a white police officer in Minneapolis, Minnesota. Monday night demonstrators protesting outside of the White House were aggressively pushed back by police to make way for Trump to controversially stand in front of St John's Episcopal Church with a bible in his hand.

Authorities in Myanmar have seized 990 gallons of methyl fentanyl in raids over the last couple of months. Its seizure, which also included methamphetamine, heroin, opium and opium poppy, marks the first time one of the dangerous synthetic opioids that have ravaged North America has been found in Asia’s Golden Triangle drug-producing region. Also, the United Nations and Saudi Arabia are holding a virtual pledging conference today to raise money for aid operations in war-torn Yemen, which risks being overwhelmed by the coronavirus. Saudi Arabia has been widely criticized over its bombing campaign targeting Houthi rebels in Yemen's civil war. And, India is staring down another cyclone just weeks after facing Cyclone Amphan. Authorities there are evacuating people around Mumbai — hard hit by COVID-19 — ahead of Cyclone Nisarga, expected to hit the country's west coast tomorrow. 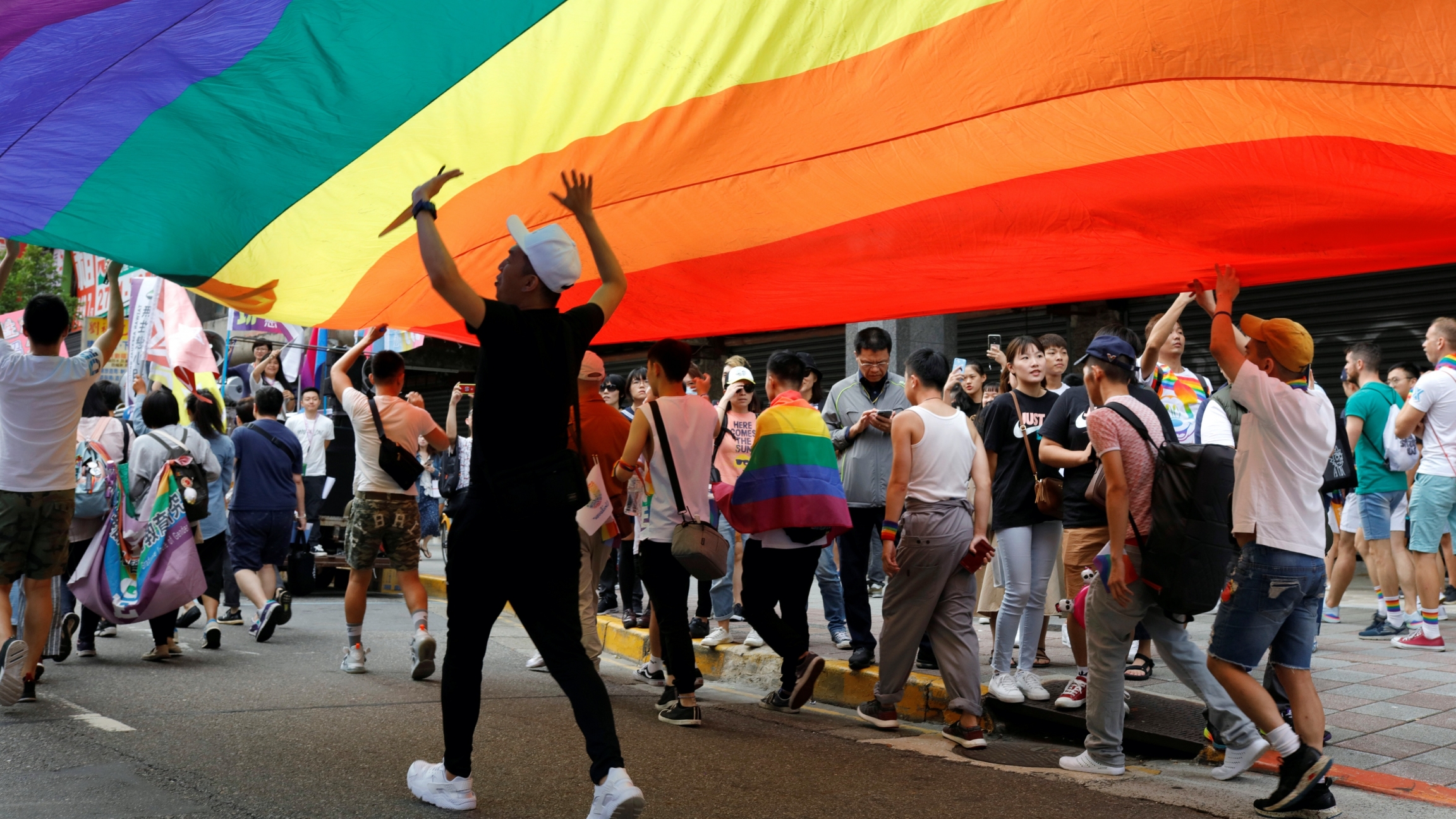 Participants march under a giant rainbow flag during the LGBTQ Pride parade in Taipei, Taiwan, Oct. 26, 2019.

Since the first brick was thrown at Stonewall in the summer of 1969, lesbian, gay, bisexual, transgender and queer communities around the world have celebrated queerness each June, with protests, parties and day-long parades.

But nearly 500 Pride events have been canceled or postponed due to the coronavirus pandemic. Celebrations this year will look different — online.

Satellite image of San Francisco for the CORONA, ARGON, and LANYARD Program, circa 1959-1972.

During the Cold War, the United States took hundreds of thousands of surveillance images of the Soviet Union using spy satellites. The project was called — in an odd historical twist — “CORONA.”

But today, some of the more than 800,000 images taken during CORONA's operational life are getting a second life, as researchers use them to track biodiversity and species decline.

The SpaceX NASA Dragon crew docked with the International Space Station Sunday, making history as the first US spacecraft to do so in almost a decade. In 1966, the US space program also made history as Surveyor 1 touched down on the moon on June 2, 1966.

June 2, 1966: Surveyor 1 successfully touches down on the Moon’s Ocean of Storms, the first US space probe to softly land on a extraterrestrial body. Surveyor accomplishes the task on its first attempt, just four months after Russia’s Luna 9. It will send back 11,237 photos. pic.twitter.com/1mYawD4VEo

Listen: What a global focus on US protests could mean 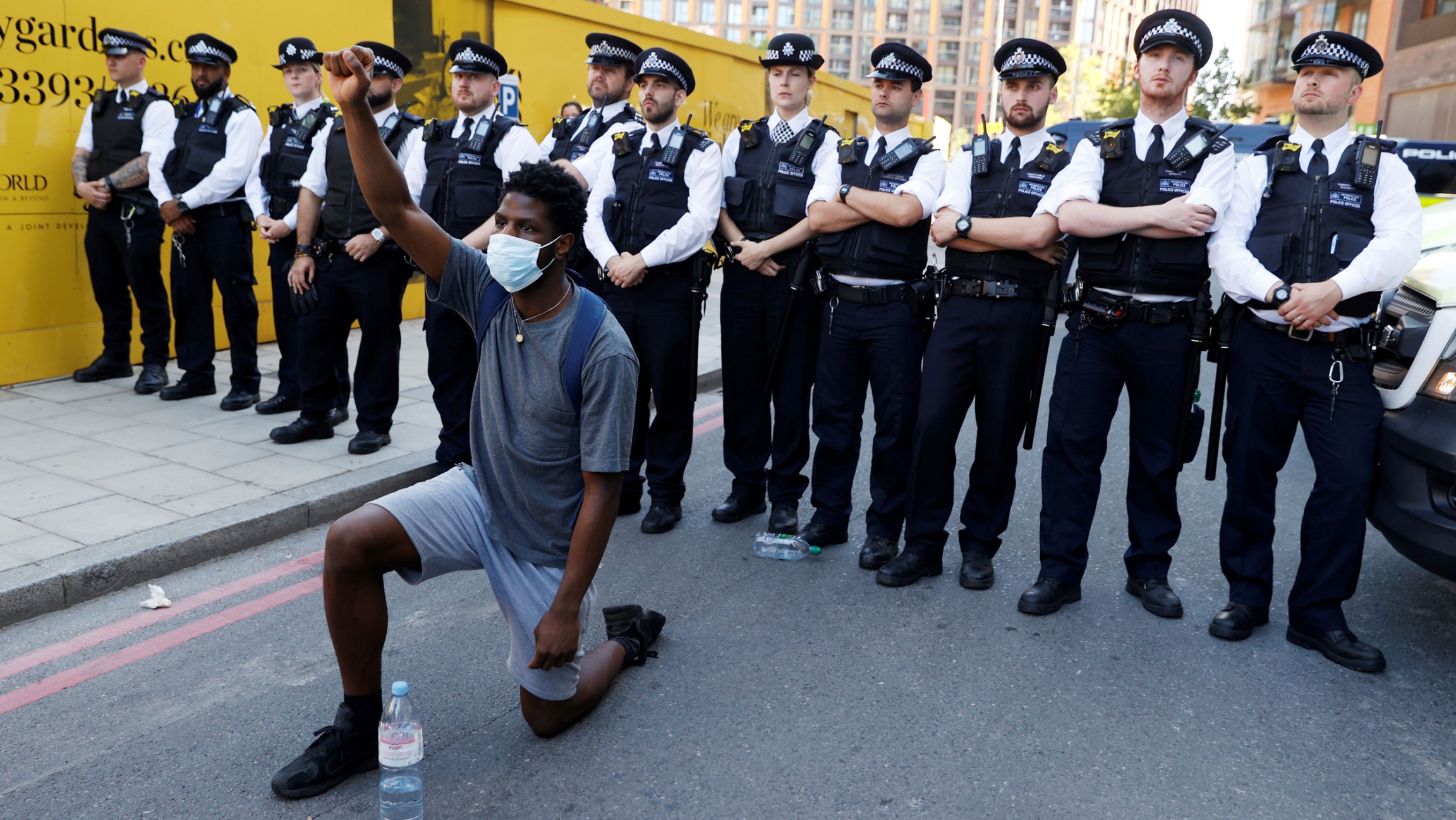 A man wearing a protective face mask kneels in front of police officers during a protest over the death of George Floyd near the US Embassy, London, May 31, 2020.

The United States is no stranger to police brutality and violence. But with the killing of George Floyd in Minneapolis, has the world's attention changed the equation? And, from Iran to China to Russia, America's adversaries are using the protests as anti-US propaganda fodder. Also, hundreds of LGBTQ Pride events have been canceled due to COVID-19 restrictions. Still, many people around the world are finding new ways to celebrate.