Malika Dahir, a Somali American and mother of three in Minneapolis desperately needed an outlet to talk about George Floyd’s killing and everything that has happened since.

Floyd is a black man who was killed by a white Minneapolis police officer who knelt on his neck for nearly nine minutes. His death has sparked protests and riots in the Twin Cities and around the world.

Related: 'No one is above the law,' St. Paul BLM organizer says

Dahir talked after her kids had gone to sleep, and as her husband headed out the door to spend the night guarding their mosque.

While younger Somalis got involved in Black Lives Matter long ago, Dahir said even the older generations of the Somali community now believe African Americans are being treated unjustly.

“With this incident, there’s no question about it,” Dahir said.

As Somali Americans come to these realizations, Dahir says, they need a place to talk about it. So, this past weekend she organized a dua — a prayer gathering — to create a space for all women who identify as black, but centering African American women’s voices. 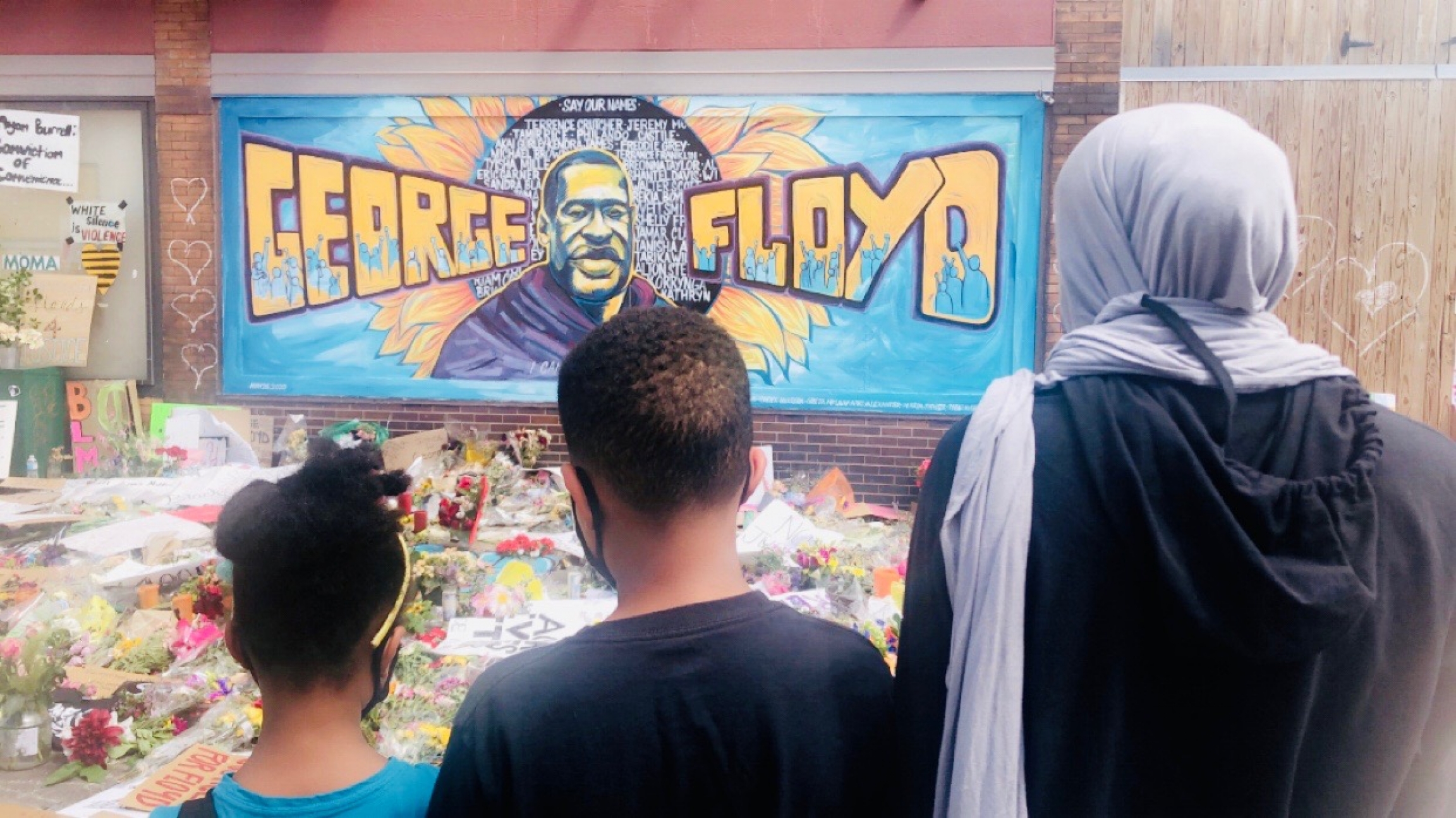 Malika Dahir, a Somali American in Minneapolis, is aggrieved over the killing of George Floyd. She is shown with two of her children in front of a mural memorializing Floyd near where he died after a Minneapolis police officer knelt on his neck for nearly nine minutes.

No one was allowed to record, so the women could speak freely. And for three hours, they shared the moments they had tried to forget — when they experienced racism but tried to move past it because they thought there was nothing they could do.

Related: The power of protest: Part I

One woman remembered a man in a car throwing a drink at her mother and yelling a racial slur. Others had filed reports about abusive police behavior and never heard back. Many expressed gratitude for a place where they could speak their truth, safely.

“It was just, you know, just powerful and I slept that night for the first time since all of this started. I actually slept.”

Dahir feels more support and cohesion across Muslim communities than ever before, and she believes African Americans are also feeling this support. And that’s the whole point, Dahir said.

To listen to the full story, click the audio player above. Editor's Note 6/4/2020: This story has been updated with more information on how Somali Americans got involved in the Black Lives Matter movement.