There are scores of examples of racist police brutality and violence throughout US history.

The extrajudicial killing of George Floyd, an unarmed black man, by Minneapolis police on May 25 and the demonstrations in the US that have followed have sparked protests in solidarity around the world.

From London and Berlin to Australia and the Netherlands, thousands marched in solidarity after video showed a white police officer kneeling on Floyd's neck for nearly nine minutes before he died last Monday.

The incident touched off outrage in the United States amid a polarizing presidential campaign and the coronavirus pandemic that has thrown millions out of work.

Has the world's attention changed the equation? Host Marco Werman speaks with Darnella Wade, an organizer for Black Lives Matter in St. Paul and founder of the Black Truce Peace Organization.

Marco Werman: What is it like to be in the Twin Cities right now?

Darnella Wade: We didn't expect such, such a big outburst. When you watch the video, you are traumatized and you are hurt. But they took it to a place that we didn't see coming.

It is the youth around the nation that feel the most violated. They feel it will only get worse. And I think this is a real loud cry for help. And as an organizer, we understand and we want to heal. In order for the healing to start, you have to start with the discipline of the people that created the chaos.

You have solidarity protests all around the globe for what happened to George Floyd. People thinking about you in Toronto and Berlin. In the UK and Australia, New Zealand. How important is it to you knowing that you've got that support around the globe?

Speaking as a politician, that support is necessary. It's very important for us to understand from Minnesota out that we're trying to contain this so the rest of the world could follow our lead. And we want everybody to utilize this movement to help your legislators understand how to create policies. And I want everybody that feels like, if it's right for you to protest, it's right for you to vote to create policies that help you live a better quality of life. Police need regulations. They need regulations all around the world.

The world has seen protests over race in America before. What do you want the rest of the world to understand about what American protesters are asking for today?

Race is one aspect because we also know that the police also take the lives of many other races and not just blacks. But what we want them to know, that is: No one is above the law. And it's not about your occupation. It's about your excellence to be a human being and treat others the exact same way. And we hold police to a higher standard, and we really want them to know that. And we want to be able to utilize the police for what they're utilized for in a community. But if there is another gang, if they are another gang, it's hard to trust them. And that is, for me, the motivation is to protect the youth. And I want to be protected. And also the officers in our communities and the businesses. Everybody deserves protection. And that includes starting with George Floyd. 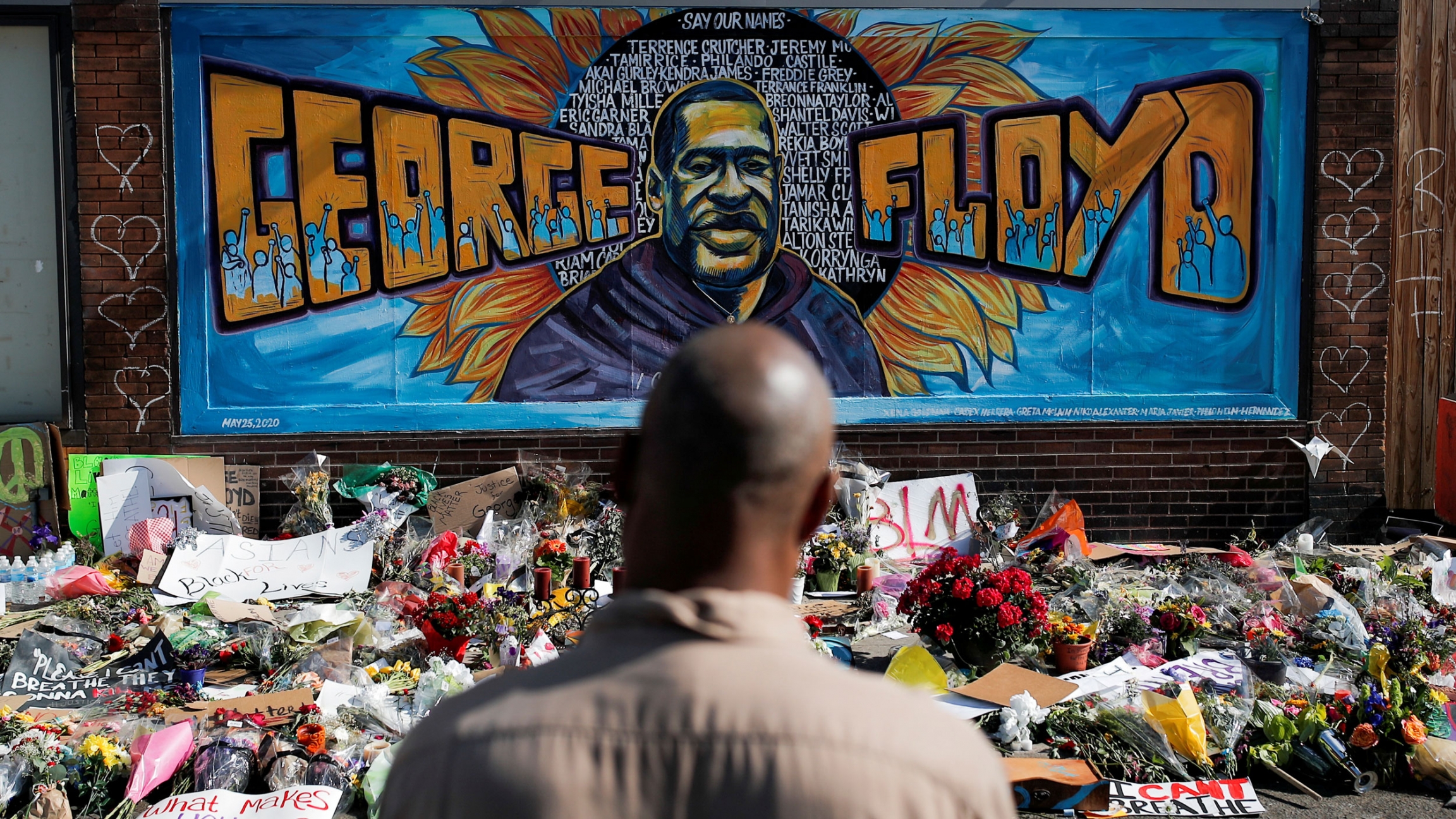 A local resident stands in front of a makeshift memorial honoring George Floyd, at the spot where he was taken into custody, in Minneapolis, Minnesota, June 1, 2020.