During the Cold War, the United States took hundreds of thousands of surveillance images of the Soviet Union using spy satellites.

The project was called — in an odd historical twist — “CORONA.”

Developed in the 1950s and used throughout the 1970s, CORONA surveillance was used to look for nuclear weapons.

Related: What private companies could mean for NASA space exploration

But today, some of the more than 800,000 images taken during CORONA's operational life are getting a second life, as researchers use them to track biodiversity and species decline.

“We’re talking about pictures taken by rockets in space on film rolls, that were then parachuted to the ground and captured midair by military planes before they could land and be captured by Soviet intelligence."

“We’re talking about pictures taken by rockets in space on film rolls, that were then parachuted to the ground and captured midair by military planes before they could land and be captured by Soviet intelligence,” said Catalina Munteanu, an ecologist and geographer at Humboldt University in Berlin, Germany. 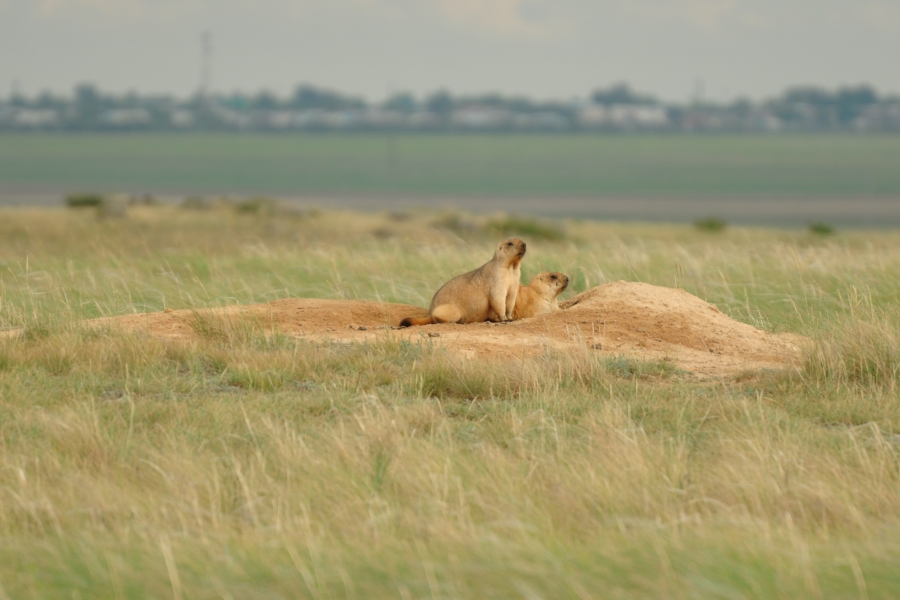 Researchers are using Cold War-era satellite imagery to track how the marmot population in northern Kazakhstan changed over time.

In her research, Munteanu compared these historic satellite images with present-day Google Earth imagery to track how the marmot population in northern Kazakhstan changed over time.

“The marmots build these massive burrows underground, and when they build these burrows they turn a large amount of soil,” she explained to The World. “This is visible from space because this turned soil is a big white spot in our picture of an otherwise green field.”

Satellite image of Moscow from May 28, 1970, for the CORONA, ARGON, and LANYARD Program.

Through this comparison, Munteanu found that the number of burrows declined by 14% — a change she attributes to Soviet-era agricultural campaigns when large areas of grassland steppes were converted into crop fields.

Related: Exposed encryption devices and what the CIA knew

“This history of agricultural use that started at roughly the same time as the CORONA imagery is dated provides us with a really interesting case of looking at what agricultural use does to this species over a really long time period,” she said.

Satellite images can provide a window into the human impact on the environment even when historical records are spotty or unreliable. Munteanu has also used them to track changes in forest cover in Romania after World War II, when the country paid war debts to the Soviet Union by harvesting large amounts of timber.

Related: A Soviet sailor's 50-year-old message in a bottle makes it to Alaska

Munteanu says tracking these kinds of changes is essential.

“I think this idea — that we’re imprinting the landscape for a really long time — is a really powerful one.”

“This is really interesting and important because it shows us that decisions — in this case, land-use decisions — that we make today may have effects on our environment decades into the future that we don’t even really think about that thoroughly at this point,” she said. “I think this idea — that we’re imprinting the landscape for a really long time — is a really powerful one.”