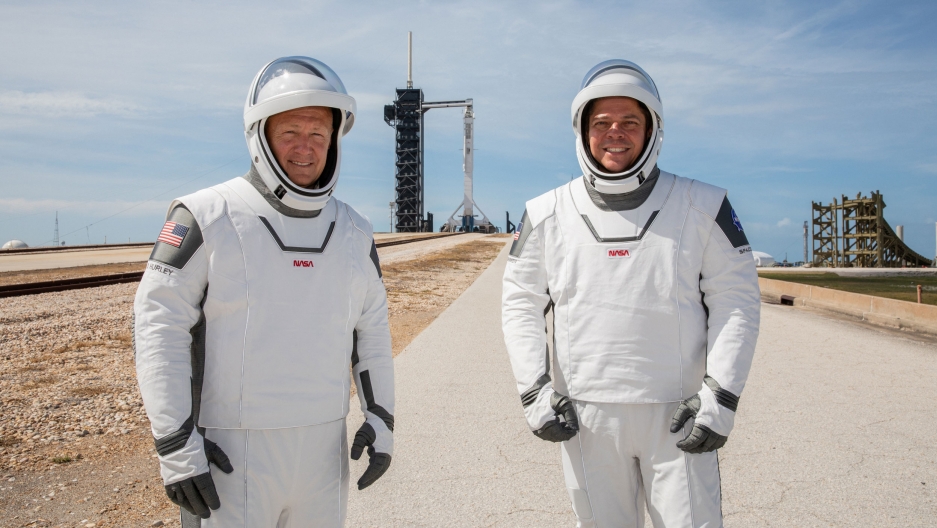 NASA astronauts Douglas Hurley (L) and Robert Behnken pose while participating in a dress rehearsal for launch at the agency’s Kennedy Space Center ahead of NASA’s SpaceX Demo-2 mission to the International Space Station in Cape Canaveral, Florida, May 23, 2020.

For the first time in nearly a decade, NASA astronauts will launch from the US on an American rocket, heading to the International Space Station today, weather permitting. The collaboration between NASA and SpaceX, founded by billionaire Elon Musk, will be the first crewed commercial rocket launch. Its success could help ease US dependence on Russia, which has been shuttling US astronauts to the ISS since the US space shuttle fleet was retired.

The SpaceX Falcon 9 rocket will lift off at 4:33 p.m. ET. You can join the American Museum of Natural History's watch party with commentary from astrophysicist Neil deGrasse Tyson here.

The European Union plans to deploy more than $820 billion as part of an economic recovery plan in the wake of the novel coronavirus crisis. The "Next Generation" fund will distribute most of the monies through free grants to member states, while the rest will be available via loans. It is the largest rescue package in Europe's history, far outpacing the Marshall Plan that followed World War II.

Japan's cabinet similarly approved more than a trillion dollars in stimulus funds, which will likely be approved by parliament next month. Hopes of economic recovery have also buoyed Japan's stock market.

Social media giant Twitter for the first time marked US President Donald Trump's tweets with a fact-check label. Twitter added a "get the facts about mail-in ballots" to the president's tweets that falsely claimed mail-in ballots are "substantially fraudulent." Trump has long used the social media platform to spread lies, misinformation and false conspiracy theories. Twitter's move reverses the company's long-standing position that platform users themselves would correct false information. It drew ire from the president and his supporters.

Discussion: Stopping the spread of misinformation amid the coronavirus crisis

Philippine President Rodrigo Duterte says he will not allow children to return to school in the country until there is a vaccine for the novel coronavirus. But it is unclear when a widely distributed vaccine will be made available. And though the education ministry has planned a mix of distance learning measures, many students in the Philippines don't have access to home computers. Duterte said holding back students academically is worth the reduced risk of the virus.

And: This is how Duterte could declare martial law in the Philippines

As of early March, 18-year-old Jacob Cuenca, a high school senior in South Florida, was a registered Republican who planned to cast his first vote this November for President Donald Trump.

But three months into the coronavirus pandemic, that clearsightedness has started to shift. Trump’s response to the pandemic has not lived up to Cuenca’s expectations. It’s a case study in how first-time voters are weathering the political, economic and social upheavals brought about by the spread of COVID-19.

And: In Latin America, coronavirus slams an economy already in dire straits

On a normal day in late May, Niagara Falls, Ontario, would be full of tourists, many of them Americans. It’s the start of the summer season and tens of thousands of Americans take advantage of the fact that Canada is an easy border crossing away. But things are not normal this year.

The border between Canada and the US remains closed to all but essential travel — and the city is deserted. Still, some in the local tourism industry aren't pushing to open prematurely: “Why would we take that risk? You know, for economics?" 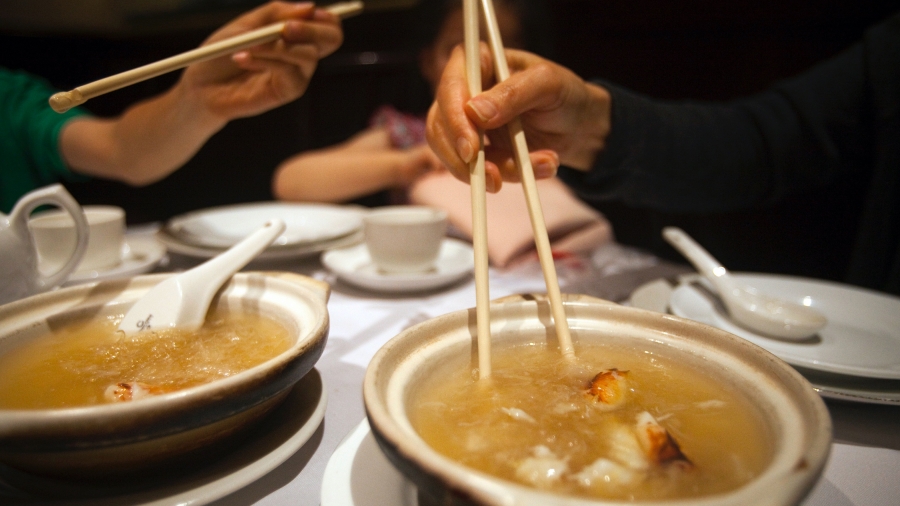 In China, it’s very common to share a meal together family-style, each person using their own chopsticks to pick up food from a common dish. And it’s a sign of caring or respect to pick up food with your own chopsticks and put it on someone else’s plate. But as the country recovers from the coronavirus outbreak, the government wants everyone to change that tradition.

Life is funny, even when it isn’t. It’s a conundrum that confronts comedians every day. For bilingual comedians Joanna Hausmann and Joe Wong, there’s another challenge. 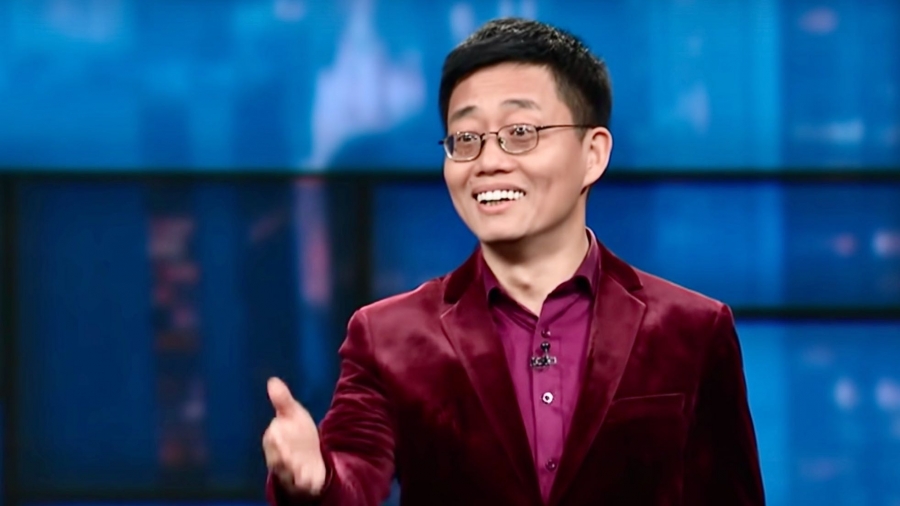 Chinese American stand-up comedian Joe Wong is taking up racism and other social issues in his comedy.

Screengrab of Joe Wong on "The Late Show With Stephen Colbert"

Listen: The business of vaccines amid a global pandemic 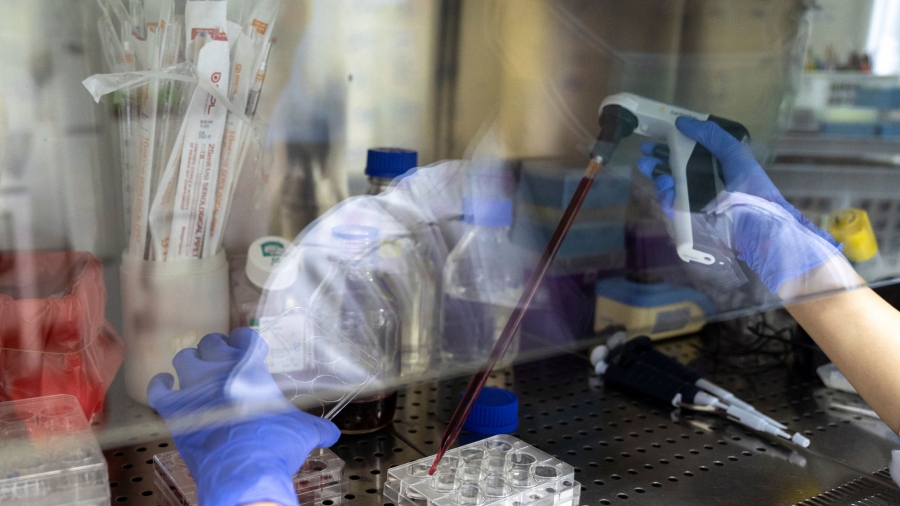 A researcher works inside a laboratory of Chulalongkorn University during the development of a vaccine candidate for the coronavirus disease in Bangkok, May 25, 2020.

The race is on to create a vaccine to protect people from the coronavirus. It’s a global emergency which means nearly the entire globe’s population of more than 7 billion needs a vaccine. That could mean lots of money for the company that creates it — or maybe not. And, for the past few weeks, the world has been getting a rare glimpse into a heated feud between Bashar al-Assad and his billionaire maternal cousin Rami Makhlouf. Also, Joanna Hausmann and Joe Wong are two immigrant comedians trying to figure out what’s funny, or not, in a US lockdown.