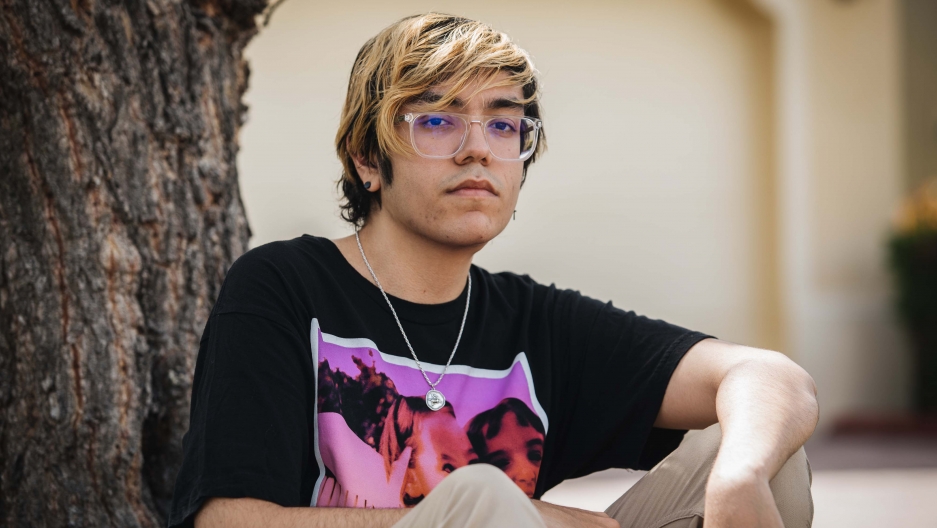 Jacob Cuenca, 18, is a registered Republican with misgivings about voting for US President Donald Trump in November.

The 2020 US presidential election campaign has already been a rollercoaster ride for Jacob Cuenca.

As of early March, the 18-year-old high school senior in Homestead, a city just south of Miami, was a registered Republican who planned to cast his first vote this November for President Donald Trump.

But three months into the coronavirus pandemic, that clearsightedness has started to shift. Trump’s response to the pandemic has not lived up to Cuenca’s expectations. It’s a case study in how first-time voters are weathering the political, economic and social upheavals brought about by the spread of COVID-19.

“Supposedly the administration knew about the coronavirus for a couple of months but didn’t warn, like, the population or something. He just didn’t handle it right.”

“Supposedly the administration knew about the coronavirus for a couple of months but didn’t warn, like, the population or something,” Cuenca said this month. “He just didn’t handle it right.”

In a swing state as important as Florida, decisions made by young Latino voters like Cuenca could determine the entire election outcome. Key statewide races have been decided by a margin of 1% or less. As the state’s Latino population has boomed, it has been aggressively courted by both Republicans and Democrats.

Even before the pandemic, Cuenca said, his support for Trump in the 2020 election was somewhat reluctant.

He attends a public high school in the coastal city of Miami and specializes in marine science studies. His teachers emphasize the impact of sea-level rise and climate change on Florida’s ecosystems.

“Trump, he says some nonsense, and honestly, I really don't agree with a lot of things he does like, building the wall or how he thinks climate change is fake and all this stuff,” Cuenca said.

Still, Cuenca said, he identifies as a conservative at heart — and it goes beyond Trump.

“I just believe in conservatism,” Cuenca said in early March. “I feel like you can achieve everything just by working hard enough. As long as you set your mind to it and you have a dream and that glare in your eyes, you can do whatever you want, honestly. You really can.”

“You can't let one person ruin the whole entire party,” he added.

The makeup of the Latino community in South Florida is distinct from the rest of the nation. Mexicans are a minority among Latinos in the region. Most Latino immigrants come to Florida from the Caribbean and South America, bringing a distinct culture and frames of political reference.

Cuenca’s mother is a Mexican American Democrat. But his father is a Cuban American who voted for Trump and leans more conservative. Growing up, Cuenca heard horror stories of Cuba’s leftist government from his paternal grandfather, who was a political prisoner on the island.

“He fled from Cuba. He refused communism two times and got thrown in jail,” Cuenca said of his grandfather. “They put him for, like, nine years to work in the sugar cane fields.”

But politically, Cuenca said he came to view himself as a conservative on his own. He credits an Advanced Placement American History course and a habit of reading news from various sources.

“I just feel like I fell more in line with the conservative values than I do the liberal values,” Cuenca said. He believes in low taxes for the wealthy and a limited welfare state. Even so, he supports some more liberal-aligned positions, such as abortion rights. 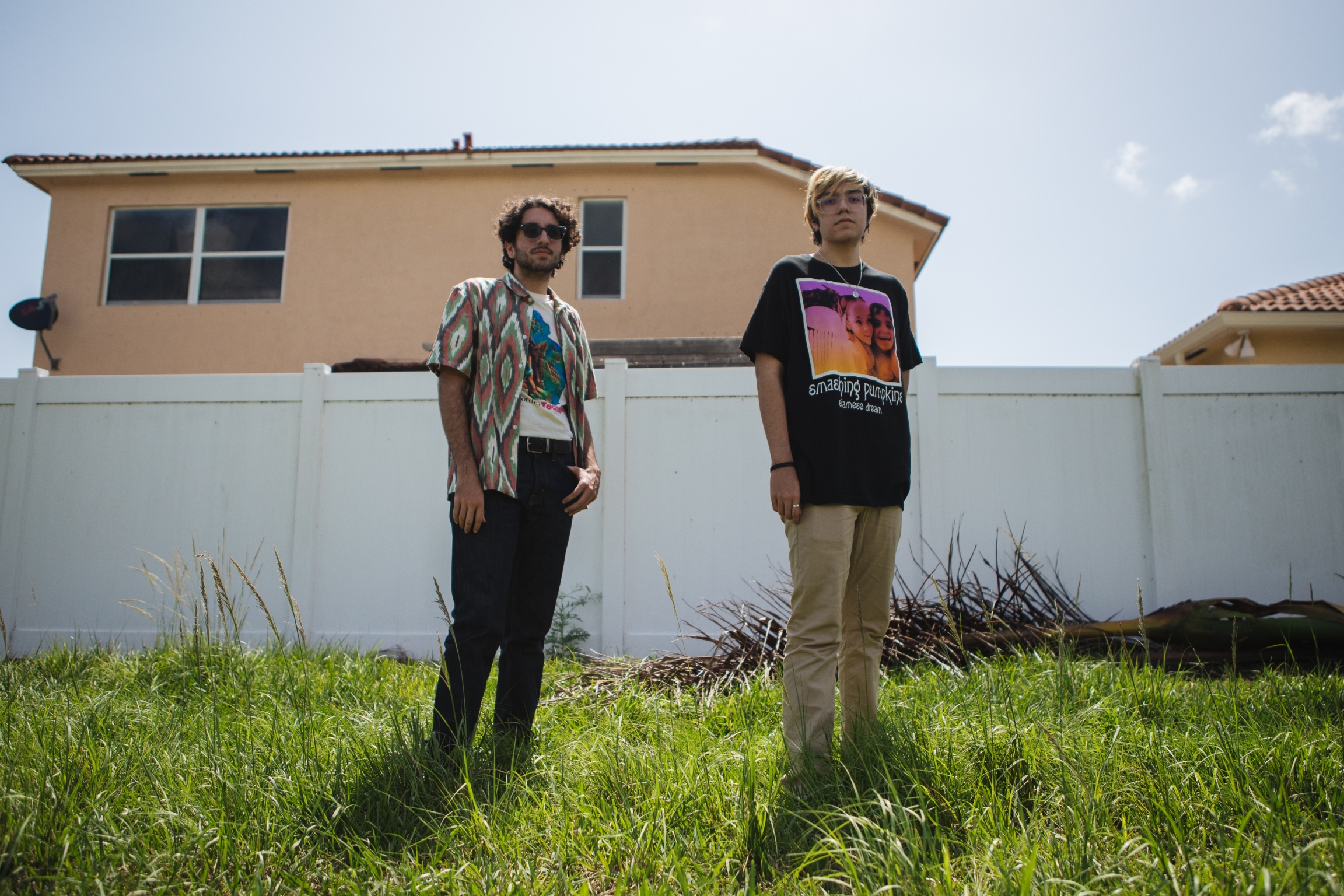 Tristan, left, and Jacob Cuenca in their neighborhood in Homestead, Florida, on May 21, 2020.

Cuenca's clothing and musical tastes are closer to the 1990s than 2020. He’s a massive fan of the band Nirvana and wears t-shirts displaying their album covers.

“I wanna say he’s the embodiment of a rebellious teenager,” said Tristan, Cuenca’s older brother. “He kind of has that Kurt Cobain look to him, the blonde hair, listening to a lot of grunge music. A lot of alternative stuff. And it’s very funny.”

Cuenca’s favorite Nirvana song is “Radio Friendly Unit Shifter” from the "In Utero" album. In it, Kurt Cobain interrogates himself on why he alternates between this and that, hot and cold. “What is wrong with me?” the song asks.

Lately, Cuenca is interrogating himself, too.

“Especially when it comes to politics, recently when I’ve heard my brother speak about certain things I’m like, Jacob has been doing his research into all this stuff,” Tristan said. “He’s kind of going through that phase of not flip-flopping, but weighing the pros and cons of both sides.”

Nearly three months into the coronavirus pandemic, Cuenca is still weighing the pros and cons of both political parties in the lead-up to the 2020 presidential election. And some differences are starting to show.

“My dad’s hours have gotten cut. So that’s something that’s kind of scary.”

“My dad’s hours have gotten cut. So that’s something that’s kind of scary,” Cuenca said.

The US economy is in decline as a huge segment of the population is out of work. Meanwhile, the US leads the world in deaths and cases of COVID-19. Florida has registered more than 50,000 cases and more than 2,000 deaths related to the novel coronavirus, according to the Florida Department of Health.

Cuenca has never been a fan of former Biden. “I would not vote for him,” he said in March.

That put Cuenca squarely in the Trump camp until the socio-economic damage of the pandemic hit and became personal.

Now, Cuenca finds himself torn between who he sees as two candidates he calls “incompetent”: Biden and Trump.

In his history class, Cuenca learned how social programs from President Franklin Delano Roosevelt’s New Deal helped lift the nation out of the Great Depression. He said that history is on his mind lately.

“The Democrat always helps the little people, the people who are, like, losing their jobs,” Cuenca said. “So, I think right now — I don’t know. I kind of think I’d rather vote for Biden than Trump at this point.”