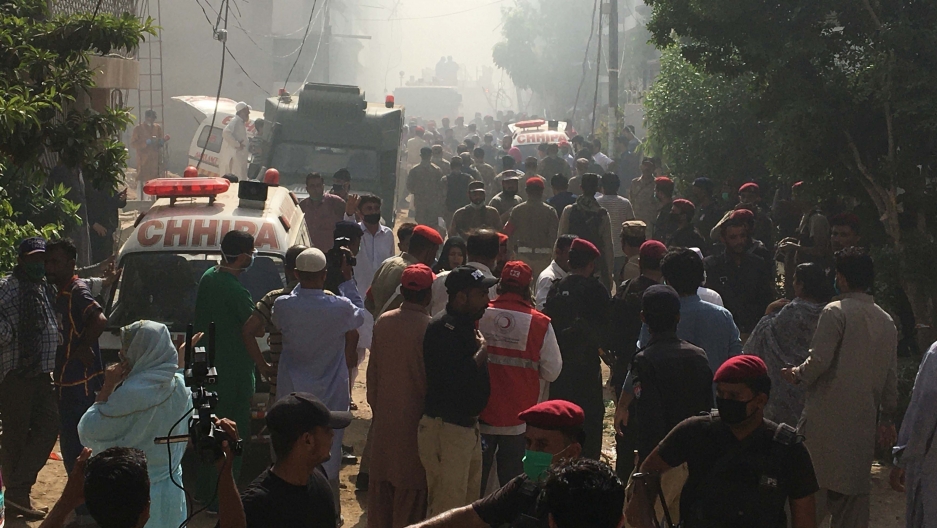 Ambulances and fire brigade vehicles gather at the site of a passenger plane crash in a residential area near an airport in Karachi, Pakistan, on May 22, 2020.

Top of The World is our morning news roundup written by editors at The World. Subscribe here

Plane crashes in Karachi with at least 99 aboard

A Pakistan International Airlines (PIA) plane with at least 99 passengers and crew crashed into a residential area of the city of Karachi on Friday, with many feared dead, officials said. The jet, which tracking website FlightRadar24.com identified as a 15-year-old Airbus A320, was flying from the eastern city of Lahore to Karachi in the south just as Pakistan was resuming domestic flights in the wake of the coronavirus pandemic.

A son of slain Saudi journalist Jamal Khashoggi said on Friday that he and his siblings had forgiven the men who killed their father, ending the prospect that the government agents would face the death penalty. Khashoggi, a prominent critic of the Saudi government and its powerful crown prince, Mohammed bin Salman, was killed and dismembered in the Saudi consulate in Istanbul by Saudi agents in October 2018.

"On this virtuous night of (Ramadan), we recall the words of God Almighty ... whoever pardons and makes reconciliations, his reward is from Allah," the son, Salah Khashoggi, said in a statement posted on Twitter. “So we, the sons of the martyr Jamal Khashoggi, announce that we have pardoned (those) who killed our father.” But in a separate Twitter statement, Khashoggi’s fiancée Hatice Cengiz expressed her disapproval. And the United Nations rapporteur for extrajudicial executions, Agnès Callamard, who led a high-profile investigation into Khashoggi's murder, called the pardon the “final act of the parody of justice played in front of a global audience.”

Also: After years apart, this Syrian doctor in New York is finally celebrating Ramadan with his family

The Trump administration on Thursday announced plans for the US to withdraw from the 35-nation Open Skies treaty allowing unarmed surveillance flights over member countries. The retreat is President Donald Trump’s third major withdrawal from arms control agreements. The administration said Russia has repeatedly violated the pact's terms. Senior officials said the pullout will formally take place in six months based on the treaty's withdrawal terms. NATO allies — and other countries like Ukraine — have been pressing Washington not to withdraw from the treaty, and Trump's decision could aggravate tensions within the alliance.

From The World: China seeks to limit freedoms in Hong Kong

Guatemalans deported from US shunned at home over coronavirus fears

The US has deported some 20,000 people to other countries since the coronavirus pandemic began. Many of them have gone to Central American nations that tried to suspend deportation flights over coronavirus fears. Now, the Guatemalan government has reported at least 115 returning deportees have tested positive for the coronavirus upon arrival. Overall, there were 2,265 confirmed cases of the coronavirus in the country as of Thursday — and many blame the deportees, The World reports. They have been shunned, threatened or chased away by neighbors who fear they are bringing back the virus with them. 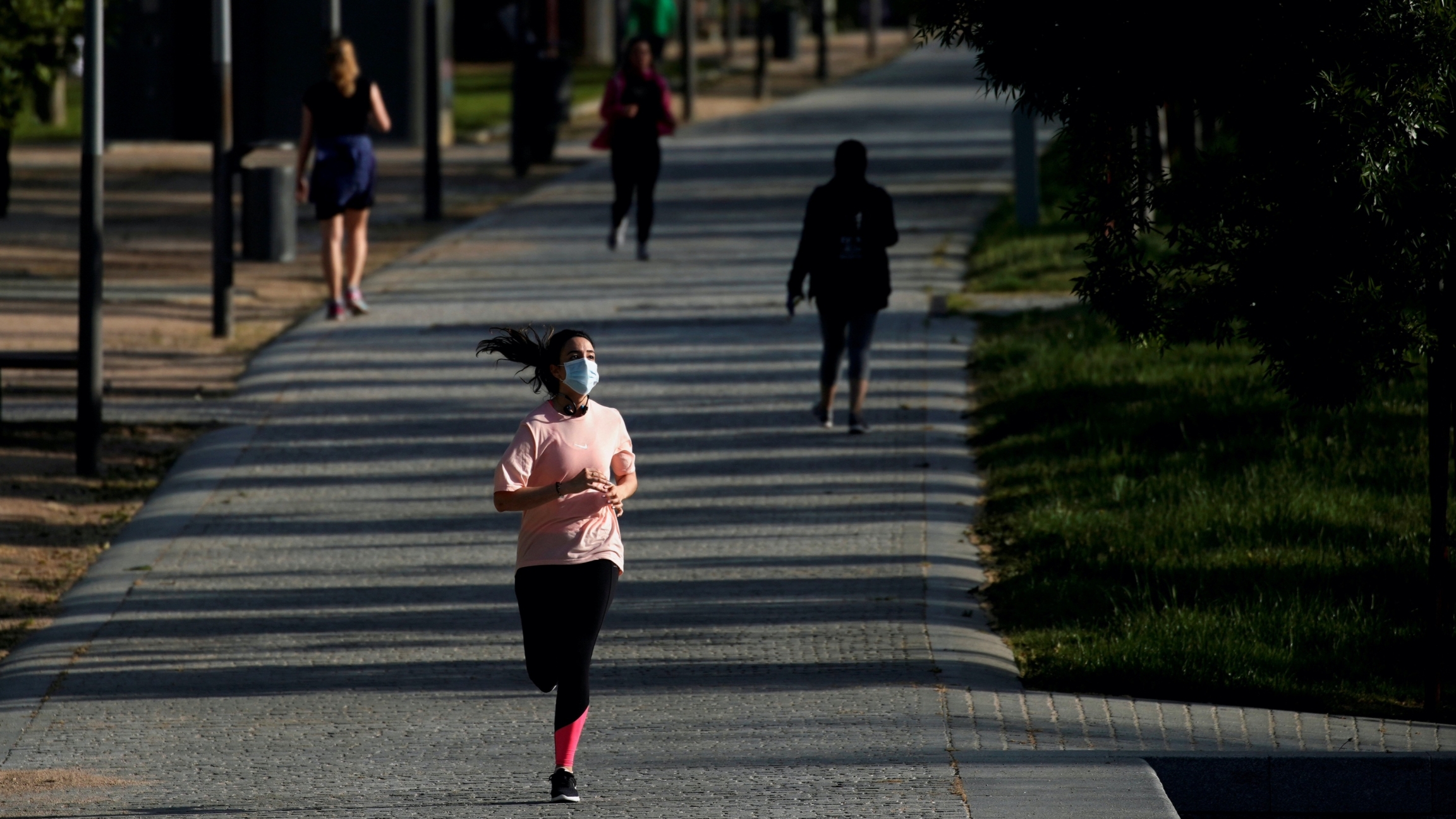 A woman wearing a protective face mask runs near Madrid Rio park, but not inside it, because all of Madrid's major parks are closed amid the coronavirus disease (COVID-19) outbreak, in Madrid, Spain, May 2, 2020.

The coronavirus hit Madrid harder than anywhere else in Spain. Madrid Mayor José Luis Martínez-Almeida has kept parks closed to stop large gatherings. Enter Jose Luis Mazón Costa, a lawyer who calls himself a Don Quixote for the 21st century. Mazón Costa deliberately tried to enter a closed park in early May and was quickly stopped by the police. He returned home with a possible fine of approximately $1,640. Now, Mazón Costa has filed two legal complaints against the mayor of Madrid.

“When I want to use my exercise time, the six hours a day the government gives me to leave my prison — that’s my house — I find that the mayor of Madrid has closed all the parks? Well, that seems absurd to me,” he told The World.

One of the world's richest nations, Saudi Arabia, is calling for shared economic sacrifice. The country’s economy has been hit hard by the coronavirus. That’s because it relies so much on one commodity: Oil. And, the price of oil has dropped to dramatically low levels. Now, Saudi Arabia has announced a 15% value-added tax on all goods and services. It is also cutting down some benefits for state employees.

Meanwhile, the kingdom has been on a shopping spree with its Public Investment Fund, dropping roughly $7.7 billion on stakes in Facebook, Boeing and Starbucks, among other companies. But in Saudi Arabia, it’s the royal family who is in charge. So, the public doesn’t have a say on how government money is spent.

The Number in the News: 3

Massimo Bottura, chef and owner of the three-Michelin-starred restaurant Osteria Francescana in Modena, Italy, has been taking to Instagram during lockdown and broadcasting live cooking classes from his kitchen. 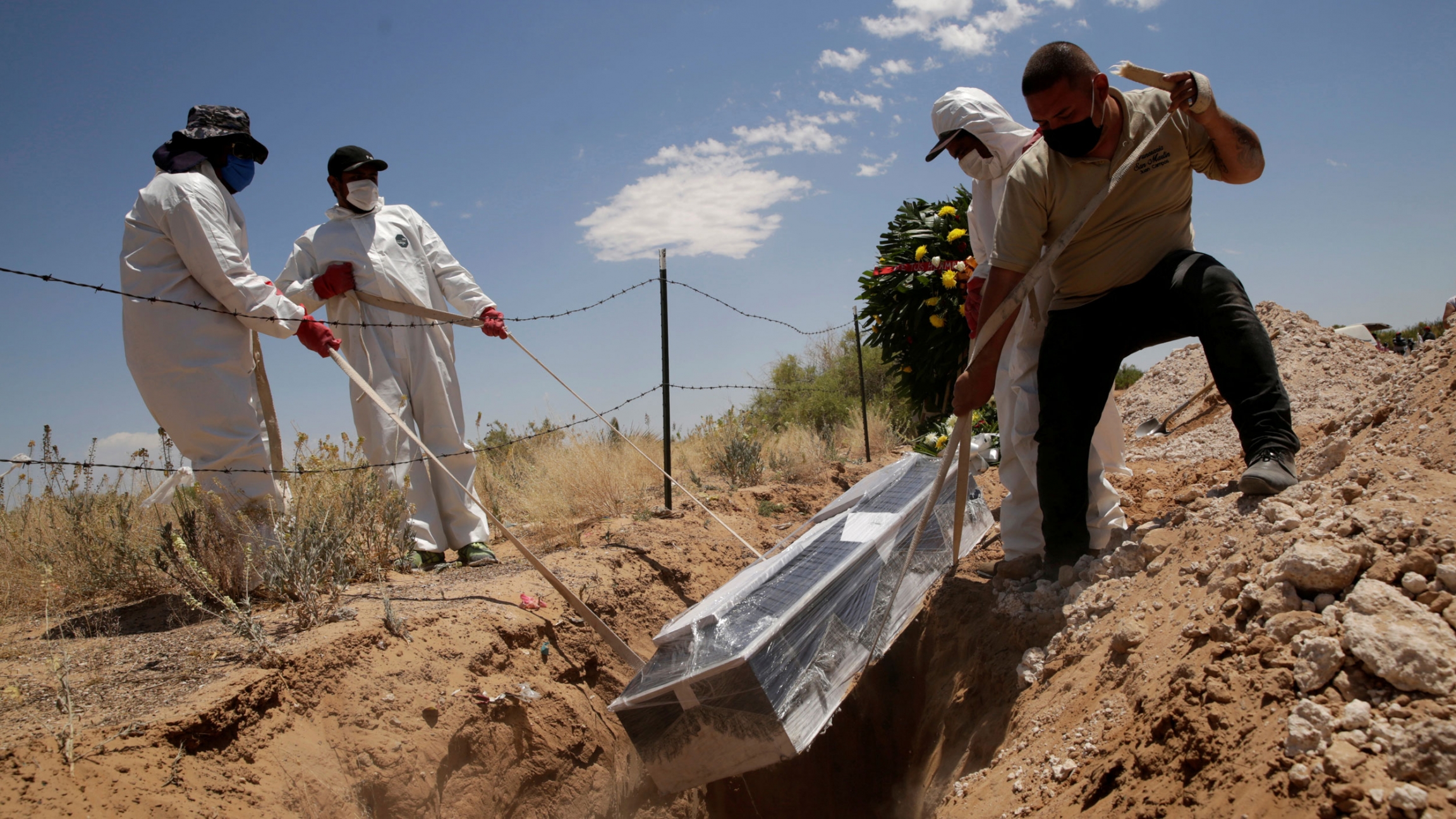 Cemetery workers place a coffin, containing the body of a 52-year old woman who died of the coronavirus disease, into a grave at the San Rafael cemetery, in Ciudad Juarez, Mexico, May 19, 2020.

The weather’s getting nice, summer is around the corner and economies around the globe are starting to re-open after months of pandemic lockdown. All sounds pretty good, except for one thing: the COVID-19 numbers. They’re not good at all. And, in Canada, the western province of British Columbia was already battling a major health crisis when the coronavirus emerged: that of skyrocketing overdose deaths. Concerns mounted that these dueling emergencies, compounded, could fuel an even bigger problem. Also, a Dutch nursing home has constructed a glass cabin in their back garden so elderly residents can meet safely with friends and family, while separated by panes of glass.