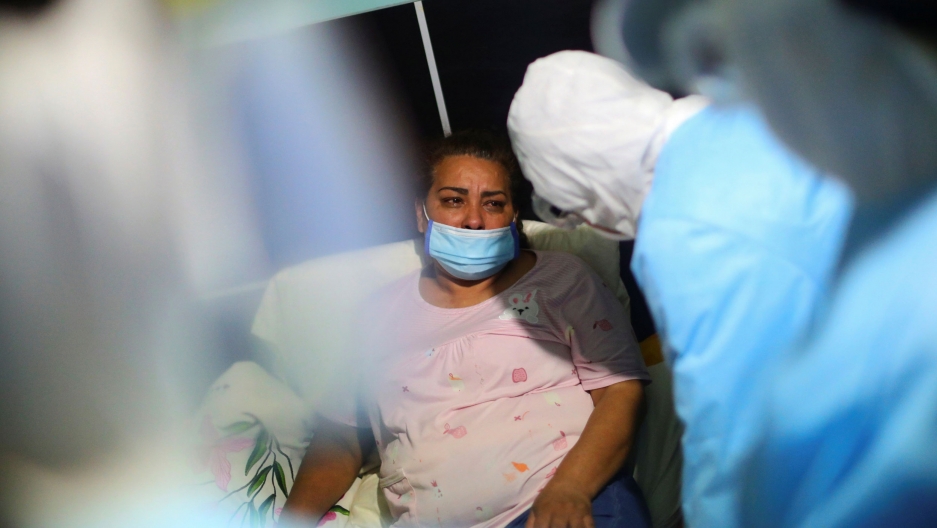 Veronica who is suspected to have contracted the coronavirus disease, speaks with a member of the Red Cross inside her house in Mexico City, Mexico, May 20, 2020.

The number of confirmed coronavirus infections around the world has surpassed 5 million after the worst day yet for new cases. The World Health Organization expressed concern Wednesday about the rising number of new cases in poor countries, even as many richer nations have begun emerging from lockdown. The WHO said 106,000 new cases had been recorded in 24 hours, the most in a single day since the outbreak began.

New laws expected to crack down on Hong Kong

China is expected to propose new laws today for Hong Kong including measures that would ban secession, foreign interference, terrorism and all seditious activities. The new laws are a direct response to last year's pro-democracy protests, which plunged the city into its deepest turmoil since it returned to Chinese rule in 1997, Reuters reported.

The legislation, which would be introduced as a motion to China's parliament, could trigger a revision of its special more independent status. China's parliament, the National People’s Congress, begins its annual session on Friday, after being delayed for months by the coronavirus.

At least 82 people were killed when Cyclone Amphan made landfall Wednesday in eastern India and Bangladesh. The storm is the most powerful cyclone to hit the region in over a decade and only adds to the challenges of trying to counter the coronavirus pandemic. Rescue teams scoured devastated coastal villages, hampered by torn down power lines and flooding over large tracts of land. The full extent of the casualties and damage to property would only be known once communications are restored, officials said.

The US spends billions and billions of dollars on defense, but the novel coronavirus slipped silently and invisibly across US borders and even onto military aircraft carriers. One could say the US was preparing for World War III when it got hammered by World War C — the coronavirus.

Listen: ‘World War C’
The Things That Go Boom podcast is back with a new season exploring what kinds of security risks are building out there. A co-production of PRX and Inkstick Media and in partnership with The World, host Laicie Heeley looks at misinformation, shadow warfare and asks if democracy is even still in vogue. 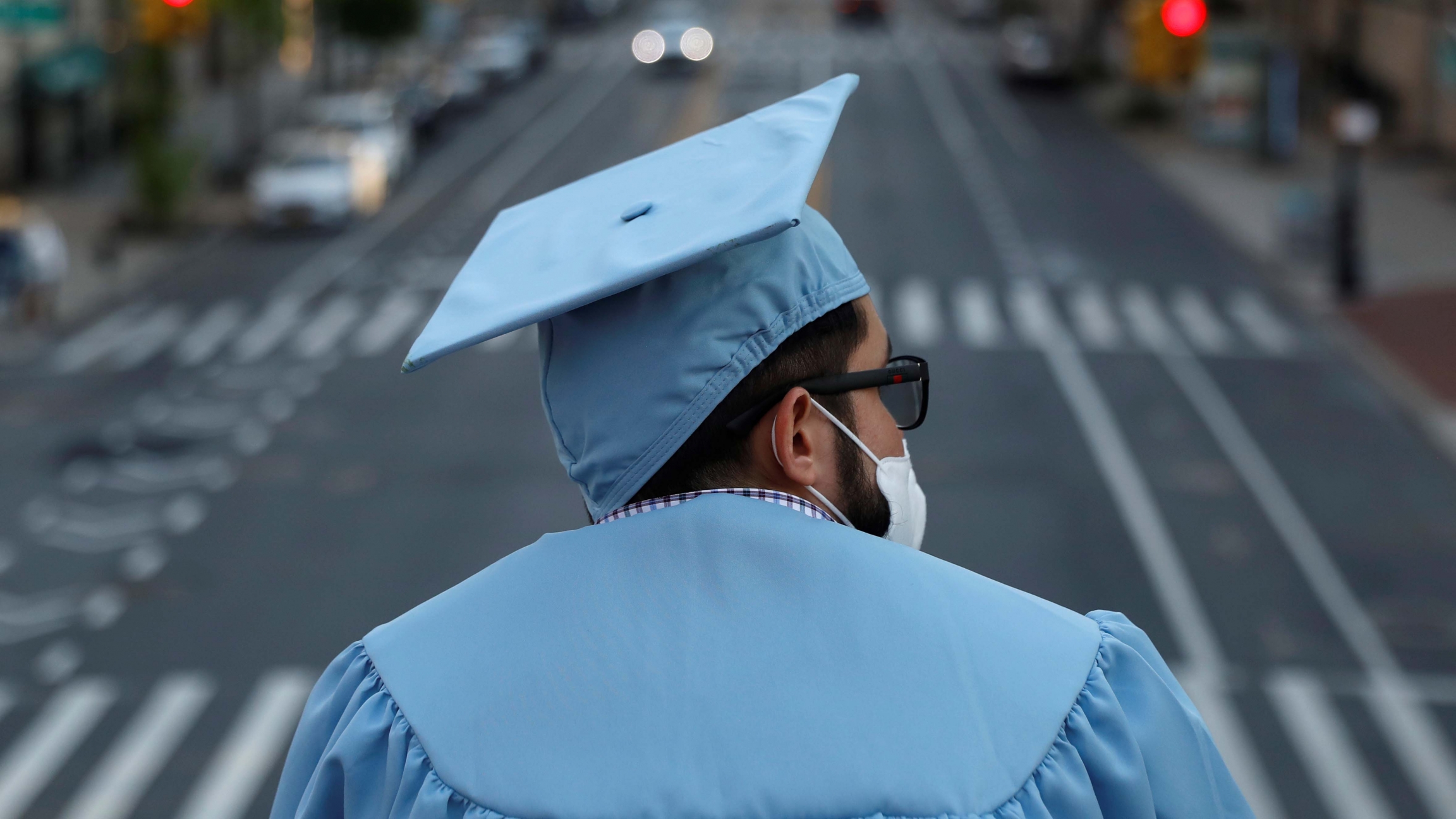 A graduating master's student from Columbia University stands on campus the day before his graduation ceremony, which is to be held online due to the outbreak of the coronavirus in New York, on May 19, 2020.

Millions of workers in the United States have recently experienced layoffs, rescinded job offers and canceled internships due to the coronavirus pandemic. But for some international students, not having a job after graduating college, their time in the US may come to an end.

That’s because many are part of a decades-old program called Optional Practical Training, or OPT. It authorizes international students to stay in the US for at least a year after graduation so long as they are employed in training programs. And now, there’s another worry. White House officials are reportedly looking to restrict all US foreign worker programs, including OPT.

“So, the future right now, it's totally uncertain,” said Renan Pereira, an international student from Brazil, who is wrapping up his bachelor’s degree in finance at The University of Utah.

Is it curtains for London's West End?

For over two months, theaters across London have stood silent. Actors, directors and box office staff are all furloughed or out of work entirely, and no one can predict when the curtains will rise again. The last time London’s West End closed down was during World War II.

“You know, never in any of our lifetime experiences have audiences been arriving, and we had to turn them away. I mean — it was unimaginable that this could happen,” said theater producer Nica Burns who was backstage with the cast of her new show, "City of Angels," when London ordered theaters to close forcing Burns to tell her audience to go home.

Amid the coronavirus crisis, the shopping spree for masks has left shelves empty. For a time, that vacuum was filled by homemade masks. Now, it seems marketers are finding their (unique?) groove.

I finally got targeted for an ad for a mask that I’m actually tempted to buy pic.twitter.com/6wEvPfkPKU 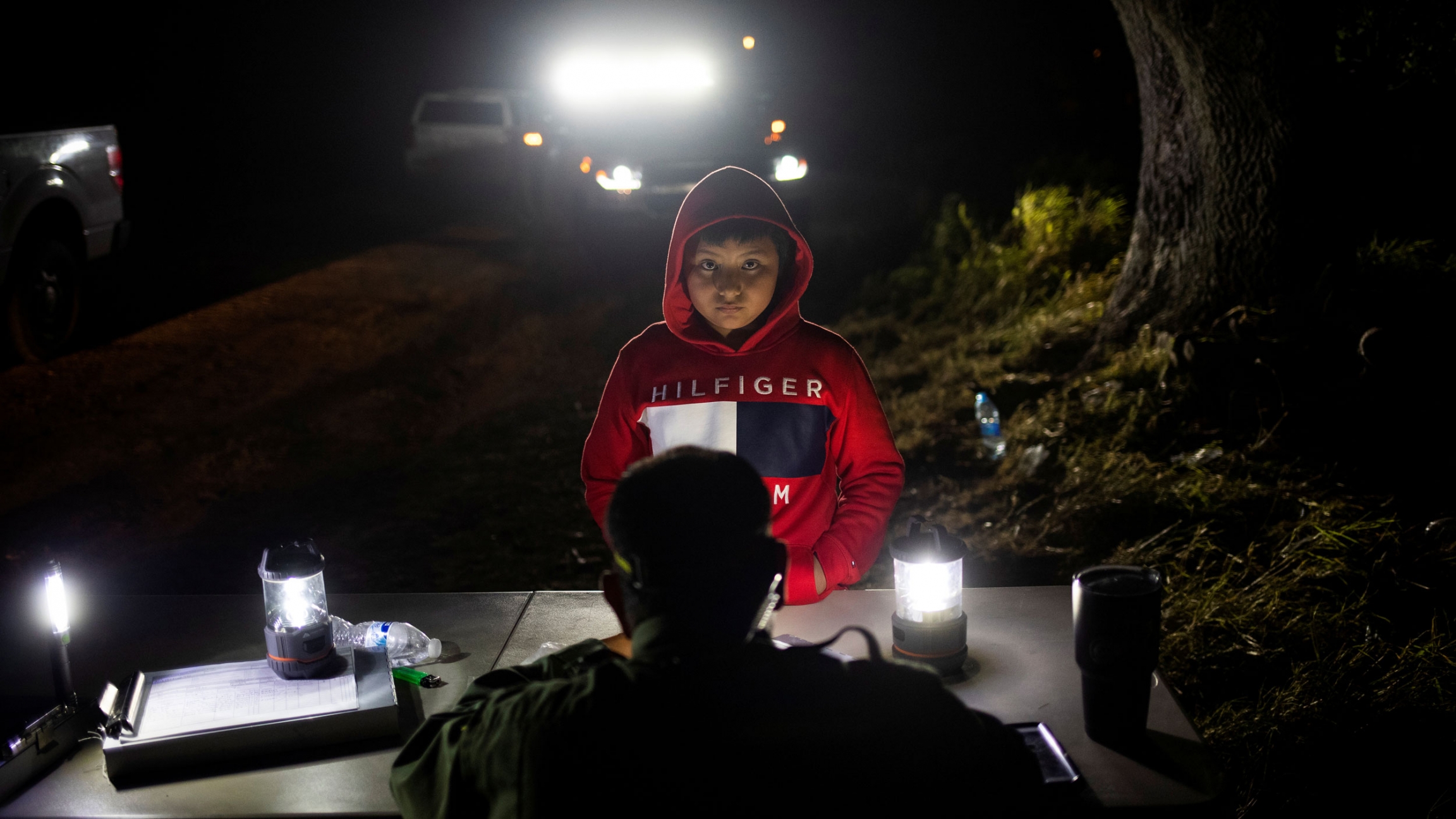 Juan, an 8-year-old unaccompanied minor from Guatemala, is registered by a border patrol agent in a field, after surrendering to border patrol with a group of other asylum-seeking migrants who crossed into the United States from Mexico, in Los Ebanos, Texas, May 7, 2019.

The pandemic has not stopped children and teenage migrants from showing up alone at the US border hoping to apply for asylum. But how they’re being treated by US authorities has changed dramatically and critics say the Trump administration is using the pandemic as a way to halt any entries across the border. Also, the historic theater district in London has been quiet since the coronavirus outbreak hit. And, there are no signs that the curtains will be raised again soon. Plus, Polish musician Kazik's song, “Your Pain is Better Than Mine,” topped the charts in Poland. The song is widely seen as criticizing the head of Poland's ruling nationalist party. A few minutes after the song’s #1 slot was announced, Radio Three allegedly deleted the song from their website and is now accused of censorship.