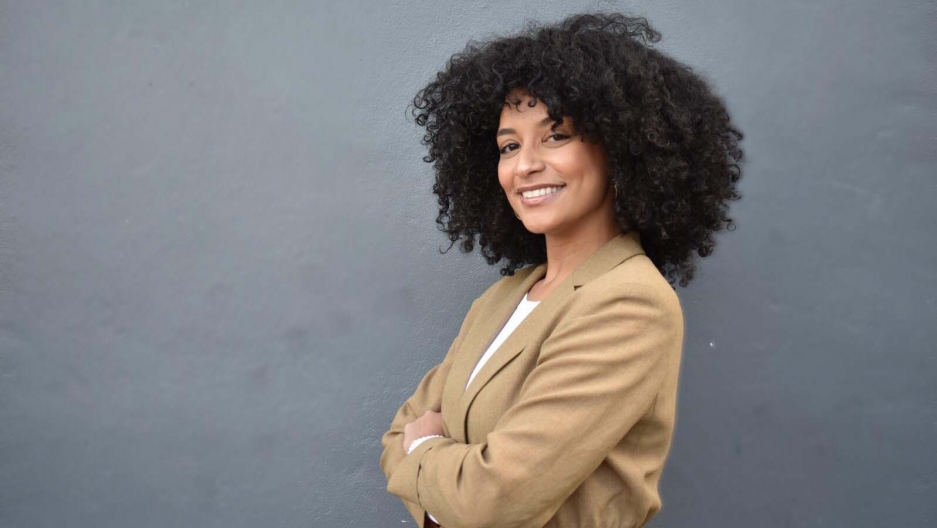 Friends and family of Juliette Herrera, a DACA holder and recent graduate of Florida International University, organized a parade in her honor after her graduation ceremony was canceled due to the pandemic.

College seniors are feeling especially wistful this May. For many, walking across the graduation stage would have represented the culmination of a lengthy struggle. But the coronavirus pandemic has canceled most ceremonies.

Florida International University graduate Juliette Herrera, a beneficiary of the Deferred Action for Childhood Arrivals program, or DACA, was feeling especially blue after the coronavirus pandemic erased her plans for a celebration.

”When the graduation was canceled, that was really devastating. I definitely cried about it a lot,” Herrera says. “I really didn't want much. I just kind of wanted my family to be there. My mom, my dad, my brother and sister and whoever else I could manage to scrape tickets for.”

Herrera, 28, was born in Venezuela, and came to the US when she was four years old. When she discovered she lacked legal documentation, she knew getting a college degree wouldn’t be easy. But she was able to realize her dream with the help of DACA, the Obama-era program that protects undocumented immigrants from deportation if they were brought to the US as children. DACA status meant she could collect a scholarship and string together part-time jobs to help complete her degree. (The US Supreme Court is expected to rule any day now on whether the Trump administration may end the program.)

Still, Herrera spent nearly a decade reaching the milestone. She looked forward to proudly walking across a graduation stage this month. But she kept her disappointment in perspective.

Herrera’s family and friends saw how crushed she was, so they found another way to celebrate her achievement. On a recent Sunday morning, she says she was home making breakfast when her father asked her to step outside. She thought she was collecting an Amazon delivery.

“I opened the door, I peeked out and I saw one of my best friends waving, like, a huge Venezuelan flag. I started to hear all of the honking,” she says. “I had to put on shoes. I even forgot my face mask, which, in retrospect, I hate that I did that. But I then went downstairs and then I looked to my left and it was literally a caravan of cars.”

Dozens of Herrera’s friends and family had organized a parade in her honor. They filed past her apartment, some on foot and some in vehicles. Many brought signs and Mardi Gras beads.

We organized a whole drive through graduation for our best friend on Sunday. She had no idea we planned this. It was a long long road for her faced with many other obstacles. BUT, she did it and DEBT FREE at that ! Congrats my friend 💗💗 we are so proud. @hoodrichglossy pic.twitter.com/TKhE56j24q

“I even got champagne from someone,” she says. “It was a huge, huge shock. My first go-to reaction was to cry uncontrollably. Kim Kardashian ‘ugly cry.’ It was like a reality TV show.”

Herrera’s friends also created a video tribute to her, including greetings from her grandmother and aunts, uncles and cousins in Venezuela, whom she hasn’t seen in decades.

She says despite the pandemic, those around her were able to adapt.

“We are experiencing just such a traumatic event, as a country and globally, and still they made time for me,” Herrera says. “They knew how much this meant to me. And it was just like a really beautiful moment in the middle of this COVID-19 pandemic.”